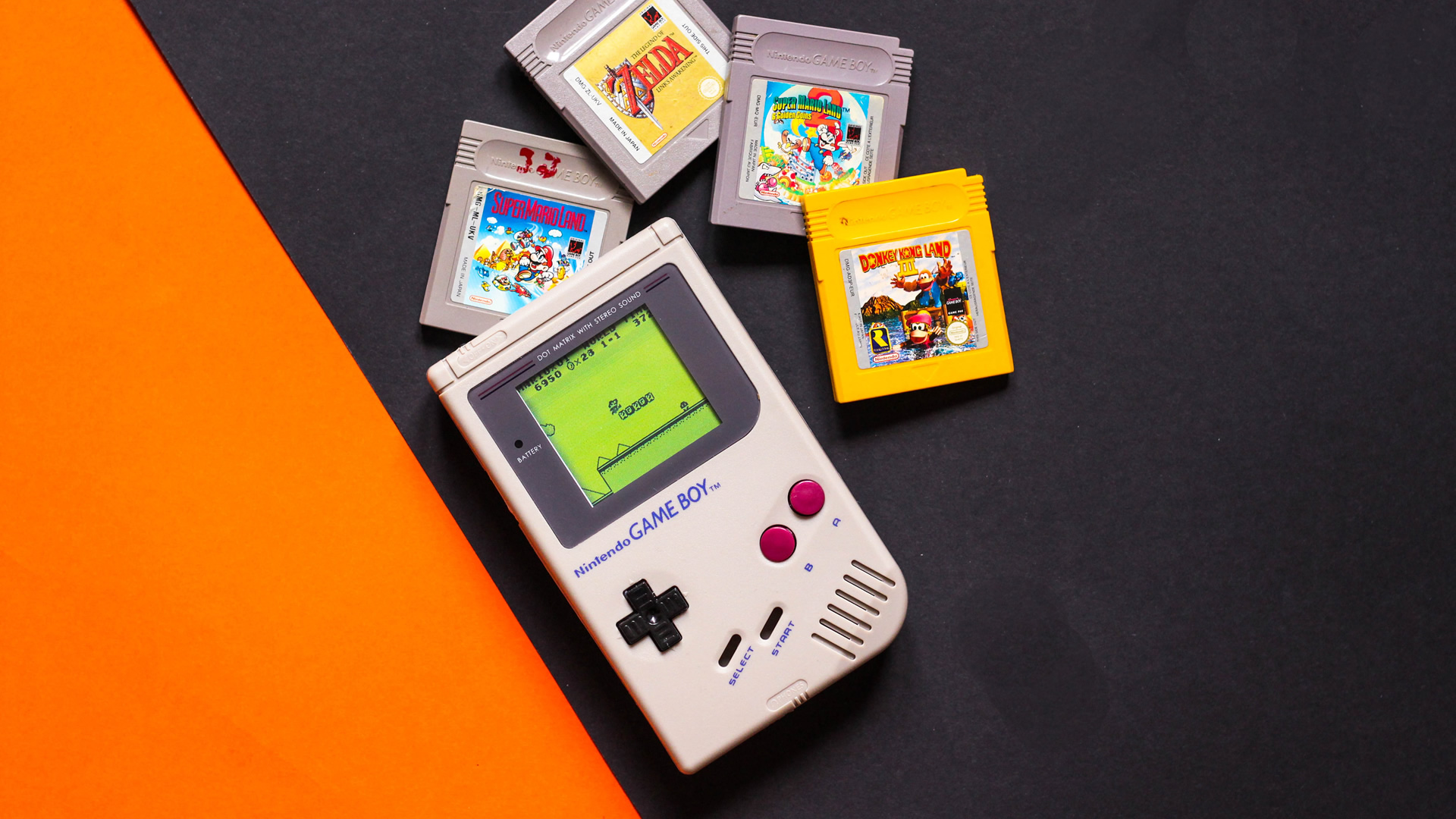 How could one gaming console with two buttons, D-pad and iconic green screen change the world of gaming? To celebrate 30 years since its release, here’s a little history of the GameBoy!

When was the Game Boy released?

Nintendo’s iconic Game Boy was first released in Japan back in 1989. Wasn’t that a long time ago? Let’s take a dive into the history of the GameBoy. The decade was bursting full of colour and creativity; from robot alien heroes in Transformers to the magnificent sword-wielding powers of She-Ra! Sci-fi blockbusters smashed into the mainstream and Nintendo became a household name with the launch of the NES. 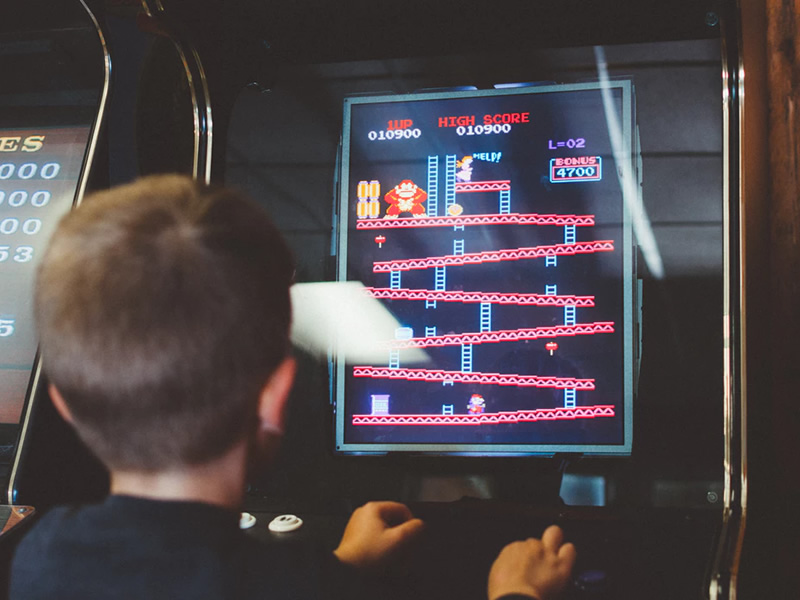 The ’80s saw the world of gaming start to thrive, with Pac-Man gobbling up coins, Donkey Kong defining platforming games and Frogger desperately trying to cross the road. Again and Again. Whilst kids and adults spent hours deep within those arcade lairs, it was also a time for personal entertainment. From teeny pocket TVs to clunky video cameras, it was all about taking the fun with you.

The most iconic portable entertainment gadget from the ‘80s had to be the timeless Sony Walkman. The Game Boy of music. Wanted to discreetly listen to your guilty pleasure? Pop on a pair of headphones and enjoy!

History of the GameBoy: Who made the Game Boy?

Nintendo’s first entry to handheld gaming came through the vision of a genius inventor called Gunpei Yokoi. Whilst travelling on a bullet train one day, he spotted a businessman playing with a calculator. Inspired by such acts of commuter boredom, Yokoi went onto create the Game & Watch line – a series of LCD game consoles that housed classics like Parachute, Octopus and even the Legend of Zelda.

But how about if you wanted to change game? Enter, the Game Boy. Simply switch it off, and change the cartridge. Anywhere, any time. The man behind the Game & Watch, Gunpei Yokoi, was also the brains behind the GameBoy. 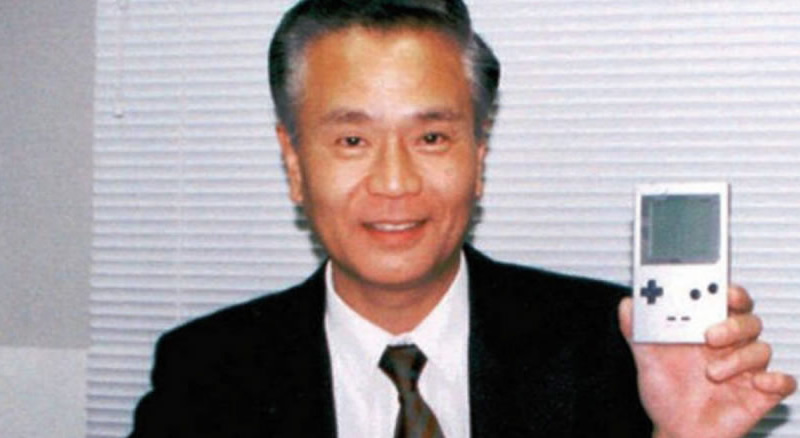 Using the principle of using already established, cost-effective tech and aiming for long battery life, the Game Boy was born. On paper it sounded dated before it hit the shelves: a 2.5 inch screen, shades of grey and an older CPU. But what made it successful was how Nintendo put it all together, the simplicity, the durability.

This thing lasted forever. On average You could go from London all the way up to Glasgow, and back, twice and still be helping Princess Daisy. But aside from its relatively lower price-point and long battery life, it was always – and still is – all about the games.

Nintendo was already super popular by the time the GameBoy came out. The NES was dominating the market with The Legend of Zelda, Metroid and of course, Super Mario Bros. Being able to play new games from these franchise on a plane, train or whilst catching some sun? It almost sold itself. It was like having a Nintendo in your pocket. 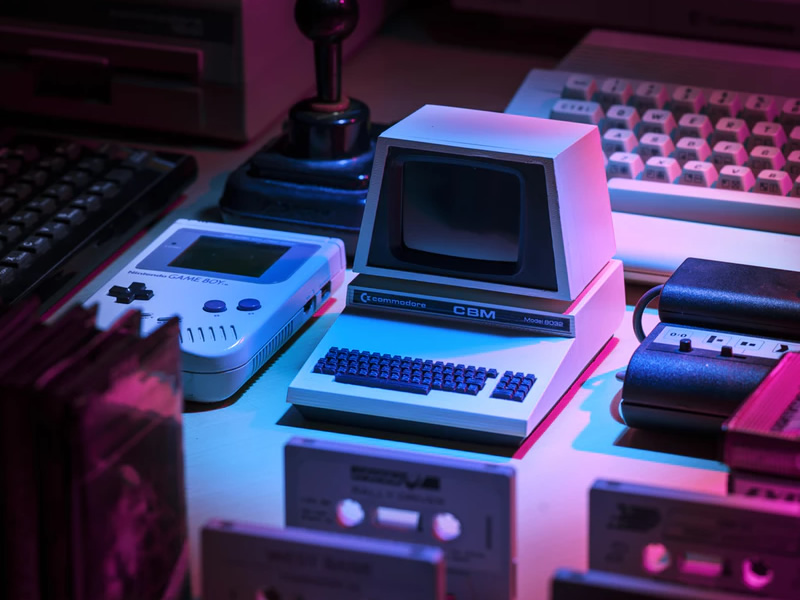 What were the first Game Boy games?

Launching on April 21st 1989 in Japan and 31st July 1989 in the US and 28th September 1990 in Europe, the GameBoy launched with Tetris. Forget Angry Birds and forget Candy Crush, Tetris is the first portable viral hit. Created and programmed by Alexey Pajitnov, it game and still is super-simple to understand, but incredible difficult to put down. Audiences were hooked.

The release of the GameBoy was also the debut of a certain Princess Daisy and Super Mario Land. That’s a story for another time!

The Game Boy also paved the way to accessories and portable multiplayer. It had a connector slot on the side, where you could use what was called a Link cable to play two player Tetris. Wanted to take a photo or two, why not snap away with the Game Boy camera and print off stickers with the printer?

The Console Wars. GameBoy vs GameGear

SEGA and Atari went in hard on Nintendo, focusing on colour graphics and bigger screens through some very competitive ads:

But they forgot one important ingredient, well, two. Battery life and the games. The Game Boy ran for over a day, yet the Game Gear could only chug along for about 3-5 hours. Nintendo’s super strict licensing agreements in the ‘90s also meant that key third-party games couldn’t port over their bestselling Game Boy releases to the Game Gear, too.

Nintendo’s own Game Boy exclusives truly sealed the deal. It has been years since the Game Boy launched and it needed a second wave. Enter, Pocket Monsters – or Pokémon for short. First released in 1996 in Japan and 1998/1999 in the US and Europe, it re-ignited the GameBoy through the adorable critters we all know and love!

The Game Boy leaves behind a legacy, through the Game Boy Colour, the Game Boy Advance and even taking those classic design principles over to the DS. Nintendo use established tech to create something with mass appeal, with the DS outpacing the PSP, and likewise the 3DS toppling the PS Vita. Modders are revitalising old hardware, like PickledMods (the brainchild of the ultimate nostalgia addict, Retropickle) or the legendary inkedqueencustoms.

Game Boy design principles can be seen in smartphones, too. The minimal buttons, portability and mass appeal. Nintendo truly redefined portable entertainment forever and its legacy remains and breathes through the Switch!