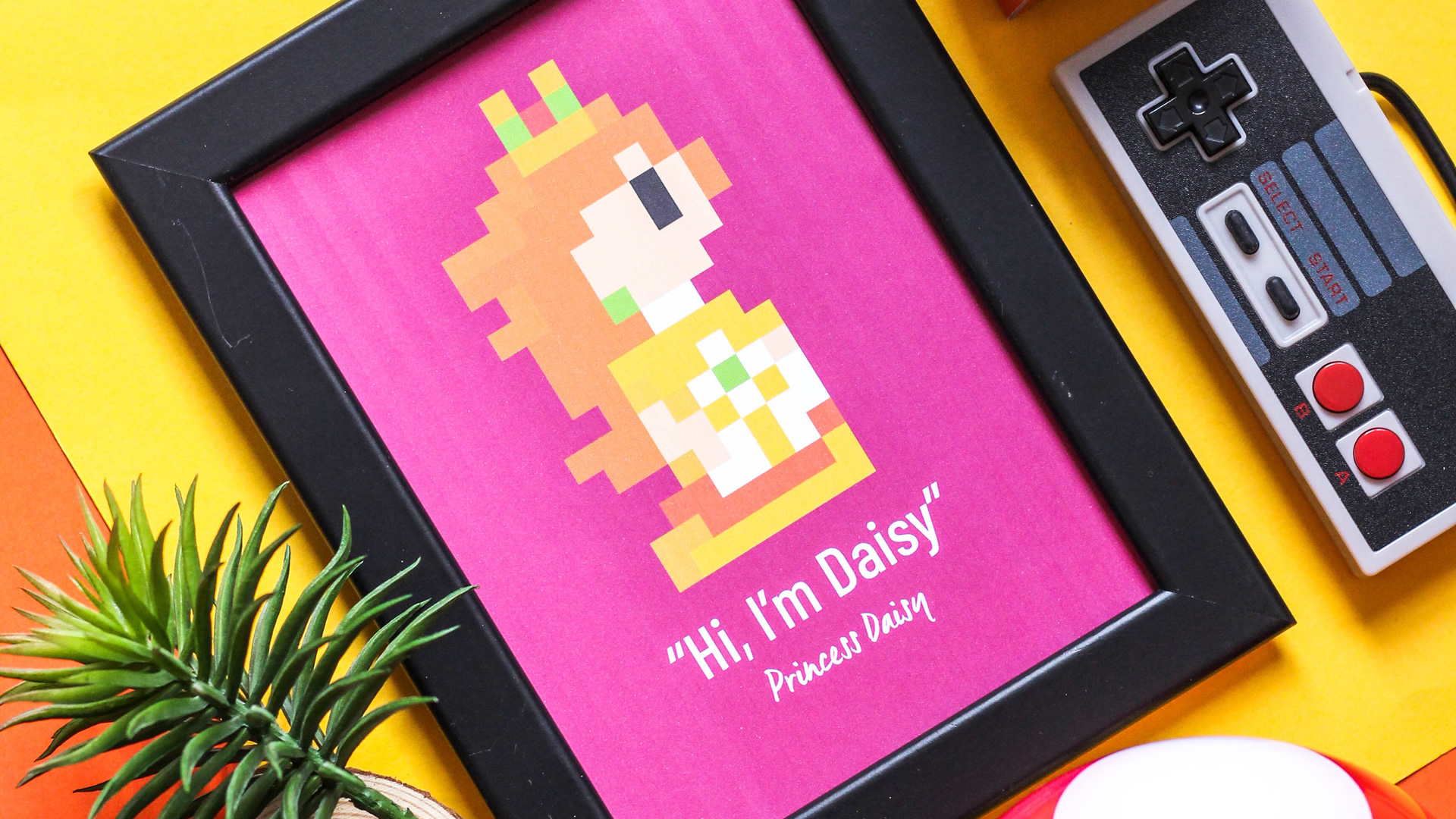 In 1989 Nintendo designer Gumpei Yokoi changed handheld gaming forever. Heaving helped design the original Game Boy, Yokoi was also in charge of producing Mario’s first handheld adventure. Super Mario Land is still one of the most technically impressive Nintendo titles out there, with Mario’s plumbing antics translating well to the teeny Game Boy screen. 1989 was one of many firsts for Nintendo, with the introduction of Princess Daisy! To celebrate 30 years since her debut, we’ve put together five Princess Daisy facts.

Princess Daisy was created by the Game & Watch Creator

When creating the first handheld Mario game, producer Gunpei Yokoi wanted to create a land like the Mushroom Kingdom, Sarasaland. Princess Daisy would rule the land, and it would be down to Mario to help her out when aliens invade! Yokoi was also responsible for creating the timeless Game & Watch, and helped design the very first Game Boy!

After minor cameo in NES Open Tournament Golf back in 1991, it seemed like Princess Daisy may have not made the regular cast cut. It took almost a decade for the Sarasaland leader to return to the gaming fray, leaping into action in Mario Tennis. During development of the 2000’s Nintendo 64 game, the studio was looking to create distinct rivalries. Mario had Wario, and Waluigi was drafted in to pester poor Luigi.

What about Princess Peach? One of the more obscure of the Princess Daisy facts is that “WaPeach” was considered and pitched to Nintendo. Ultimately Princess Daisy stepped into partner up with Peach. After the long-awaited return, she has become a regular face in the spin-off scene!

Princess Daisy has Appeared in Over 70 Games

Whilst she only appeared in two titles in the ’90s, Princess Daisy has racked up an impressive tally of gaming Royalties. Must keep Sarasaland afloat, of course! After serving up balls in the Nintendo 64 game, the competitive princess has had both cameos and playable roles. From the likes of Mario Party 4 to Mario Superstar Baseball, Princess Daisy never turns down a chance to compete! Perhaps some of her most obscure credits include Minecraft: New Nintendo 3DS Edition, Miitomo and Yakuman DS.

Did you know that Princess Daisy was one of the lead characters in the 1993 flick, Super Mario Bros? It wasn’t quite the Sarasaland tribute, or Mushroom Kingdom, either. This Daisy, played by Samantha Mathis, starts off as an archaeology student at the New York University. Daisy is actually the princess of a dinosaur-filled alternative world and holds the key to merging the two together! It’s down to Mario and his hapless brother Luigi to step in and save both worlds from Koopa’s prehistoric paws!

The Princess and the Love Triangle

Whilst Luigi and Daisy shared a touching moment in the 1993 movie, their relationship has only been teased in a handful of games. The manual for Mario Party 4 confirms that Luigi has a little something for the princess, with rumours that something is going on! But it seems more than one chap is interested, with Waluigi also keen for some royal romance!

Enjoyed our list of Princess Daisy facts and love the world of Super Mario Bros? You’ll love our gear inspired by the series, including our Her MajestTee shirt and The Original Bros. Shirt!