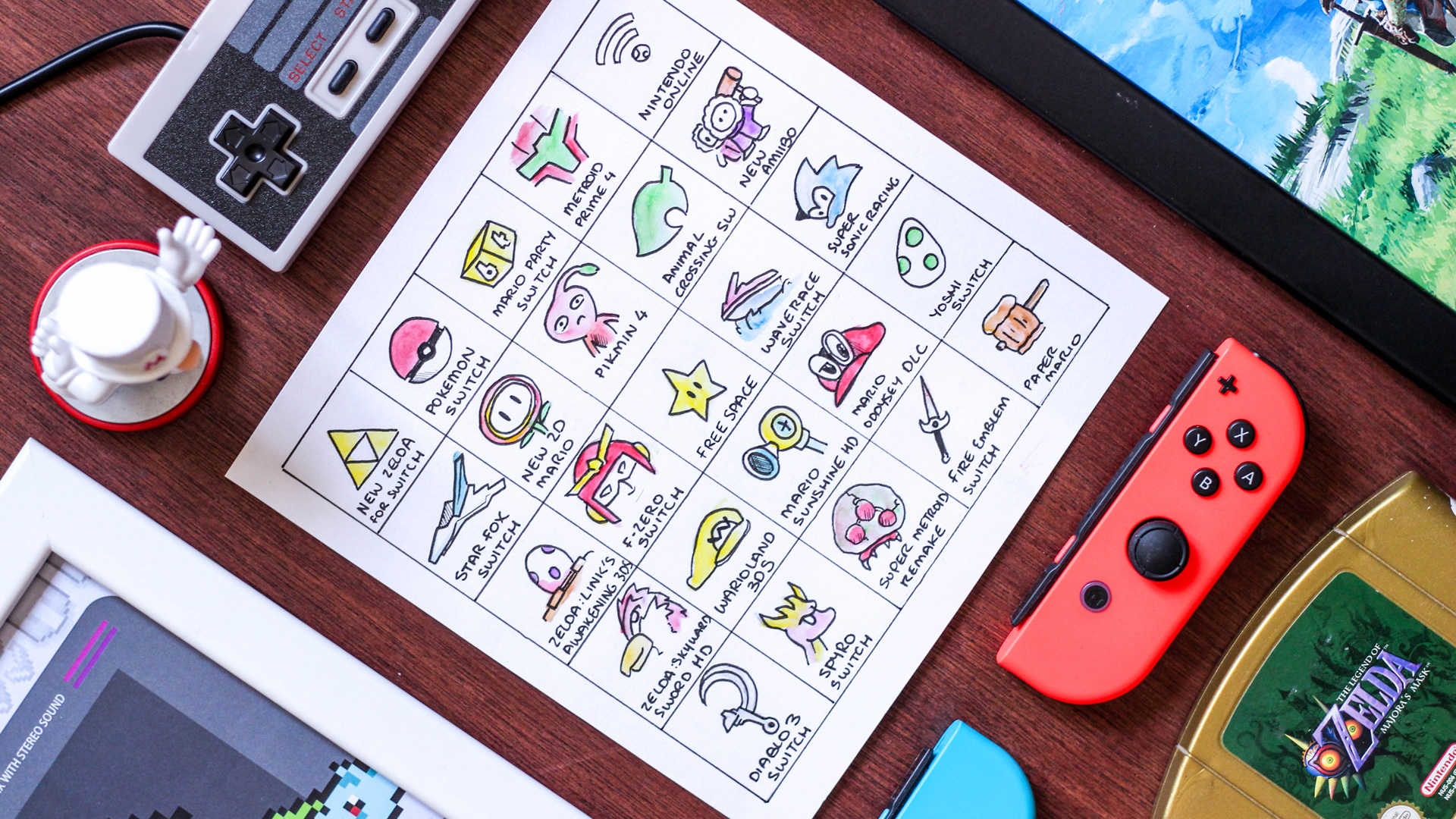 E3 is finally here; a celebration of all the greatest games that’ll land in your paws this year and beyond. It’s home to big blockbuster announcements, reveals and meme-worthy moments. Nintendo will host a 45 minute pre-recorded special on Tuesday 12th June, featuring Super Smash Bros. and various other Switch games. We simply cannot wait! To celebrate, how about a Nintendo E3 Bingo Card to download?

Many fan-favourites are said to be making an appearance. The likes of Fire Emblem and Metroid Prime 4 are likely, as well as a heavily rumoured Star Fox racing game. Nintendo have upped their game in recent years, with an outpouring of announcements. Trim the fat, and get onto the juicy, tender morsels of gaming goodness in quick succession.

Nintendo’s main E3 presentation takes place at 9am PT / 5pm BST, Tuesday 12th June and is set to last around 45 minutes. Find out more on the Nintendo E3 website.

We absolutely love the thrill of the bingo call; an adrenaline rush of pen to paper. Bingo is a big part of E3, with many fans brewing up their own bingo cards for the big day. We’ve picked out some heavily rumoured games with a little dollop of wishful thinking to create an E3 Nintendo bingo card!

Will Pokémon Switch (2019) be shown at all? Could Captain Falcon dust off his racing cloves? Will Nintendo bring speedboats to the foray once more? There are so many possibilities for classic and new games for E3! Some may form part of Nintendo’s presentation, others could be revealed during the Treehouse Segment.

To win this game of bingo? Simply grab a pen or a bingo dabber and plonk a circle every time one of the squares is announced or shown during E3. Line-up five squares and claim E3 victory; do a mini first-pump and celebrate the awesome titles that’ll unfold this year. Don’t get a single line? It’s a long, hard walk to Bowser’s castle for you!

To download yours, simply save click the image below to load a high-res version and print it (the old school way) or perhaps load it up on a tablet? 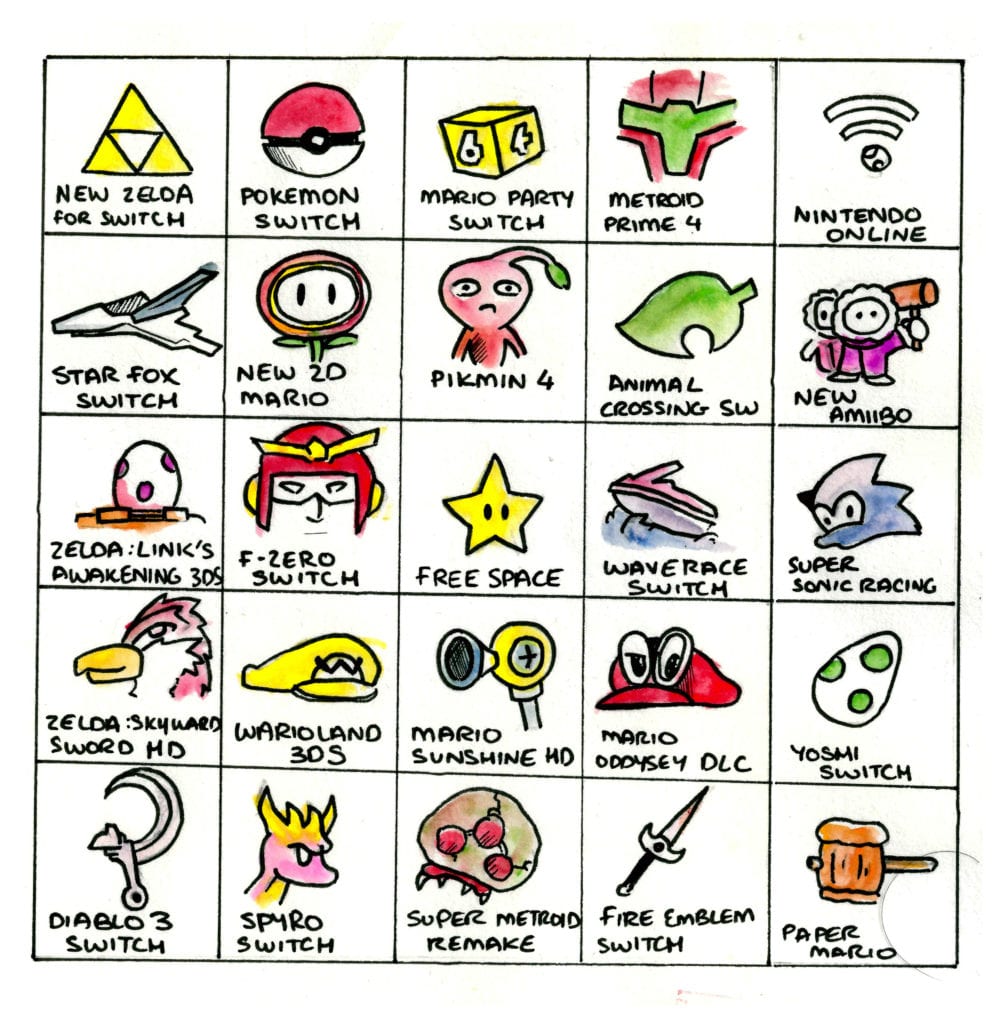 If you do share, be sure to link back to TeeChu!