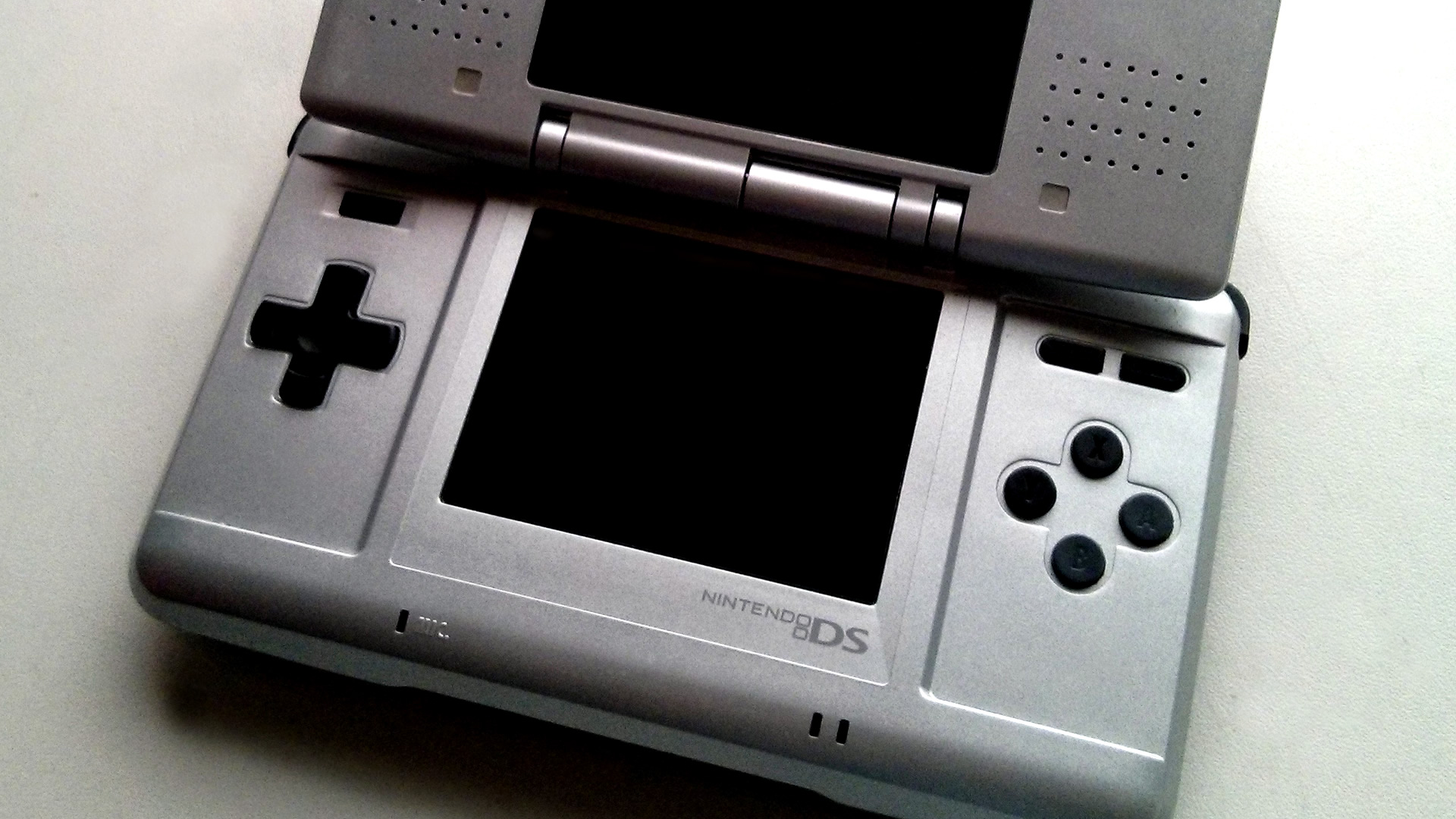 Can you believe it’s been 15 years since the Nintendo DS first brought crazy dual-screen fun to our pockets? To celebrate, we’ve rustled up some Nintendo DS trivia and facts, plus the best Nintendo DS games for those retro feels.

The Nintendo DS was essentially a “third pillar” at the start. Rather than replacing the GameCube and Game Boy, it was pitched as an extra console in the line-up. The shiny new hardware was shown off at E3 2004, a clunky beast of a machine – almost futuristic. It’s unique features? A touchscreen, microphone and those now iconic dual screens. 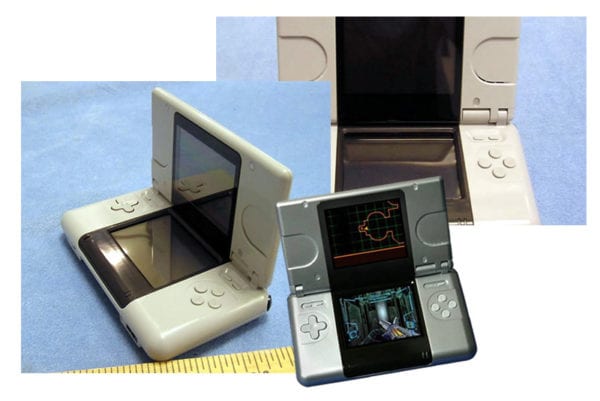 A look at the original Nintendo DS Prototypes (via Evan Amos)

How many Nintendo DS have been sold?

It may seem unusual to be so hyped up over touchscreens these days, but for its time – it was a revolutionary experience. As of March 2016, the Nintendo DS has sold over 154 million – as if everyone in the UK, Ireland, Spain, Portugal, The Netherlands and Belgium owned one! Or for those in the US – the entire population of the top nine states.

So what about the games? Here are just ten of the best Nintendo DS games we could think of:

First up, Hotel Dusk – one of the greatest graphic novels on the DS, and perhaps one of the best uses of the two screens. You’d use the touch screen to investigate and pick dialogue, with the other telling the story. When two characters speak, it also splits and feels like an interactive book in your hands! With an immersive plot, unique art style and lovable characters Hotel Dusk is truly one of the best DS games. 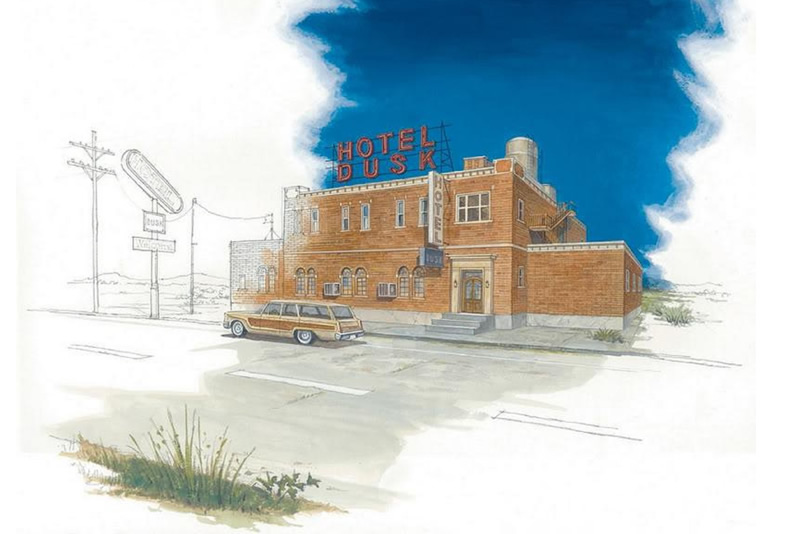 I couldn’t possibly make a best DS games list without Mario Kart DS. A fully 3D Mario Kart you can play anywhere we might take for granted these days. However, on the DS this game was an absolute beast! Brand new courses with retro classics, full 3D graphics and even missions? This Mario Kart game is one of the more content heavy ones and is still one of the best DS games! 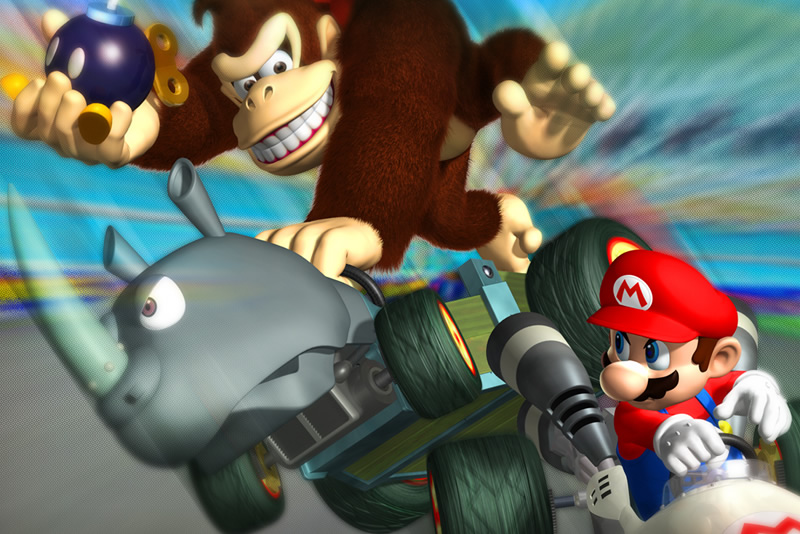 15 years ago, it was incredible difficult to imagine a full 3D Mario game in your pocket. Now there are HD sprawling RPGs played by two year olds. Super Mario 64 DS was one of the first games out on the DS and it really showcased the touchscreen. Gone where the days of using the analogue stick, instead it was all about that pen. Granted, controls are a little fiddly, but it is an impressive port. And you could play as Yoshi too! 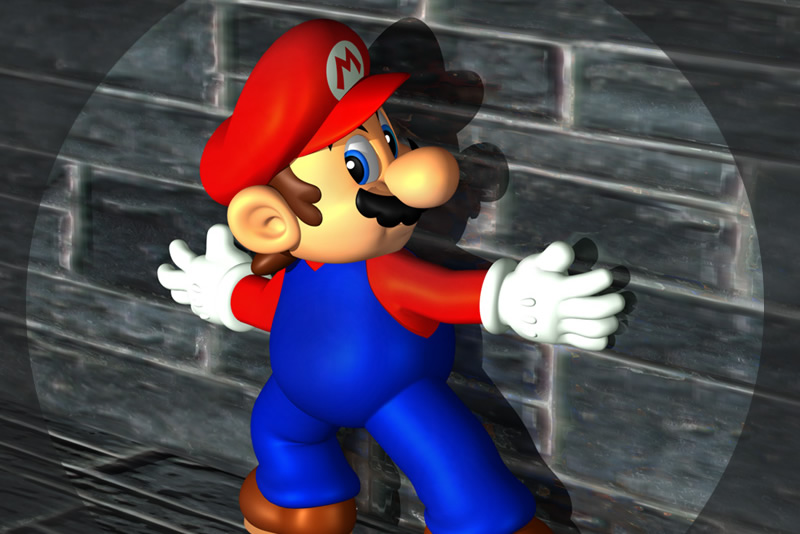 From a plumber and his dinosaur buddy to hedgehog and his fox friend. Yes, it’s Sonic Rush – a classic 2D Sonic platformer with some neat 3D bits mixed in. Still had to imagine an exclusive Sonic game on a Nintendo handheld, but we absolutely loved it! Super speedy levels, a new character called Blaze and ridiculously hard 3D bosses. Someone needs to tell SEGA to bring this series back! Sonic Rush is definitely one of the best DS games, ever. 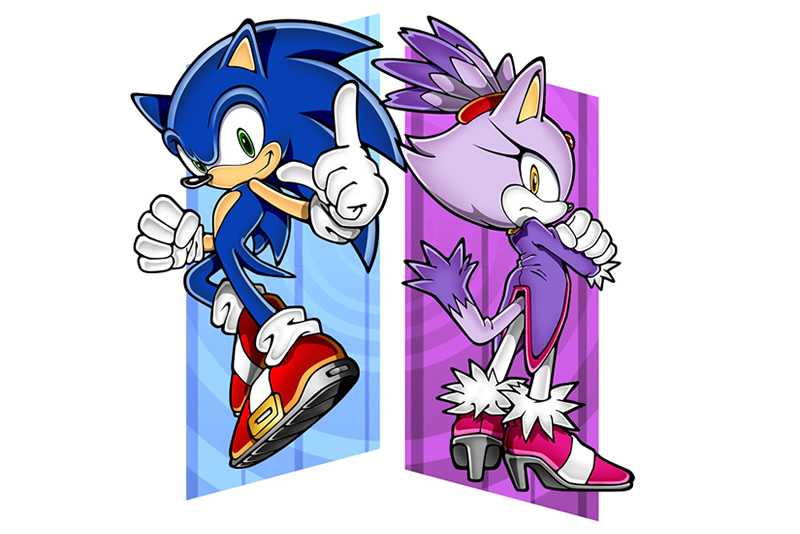 There are a LOT of Pokemon games on the DS. If you’re a Pokémon fan then the DS is the console for you. Remakes, brand new worlds and spinoffs – we were spoilt for choice! Arguably one of the best pairs of Pokemon games have to be Pokemon SoulSilver & HeartGold – breathtaking remakes of the GameBoy classics we all loved. Who could say no to an extra helping of Kanto and Johto? 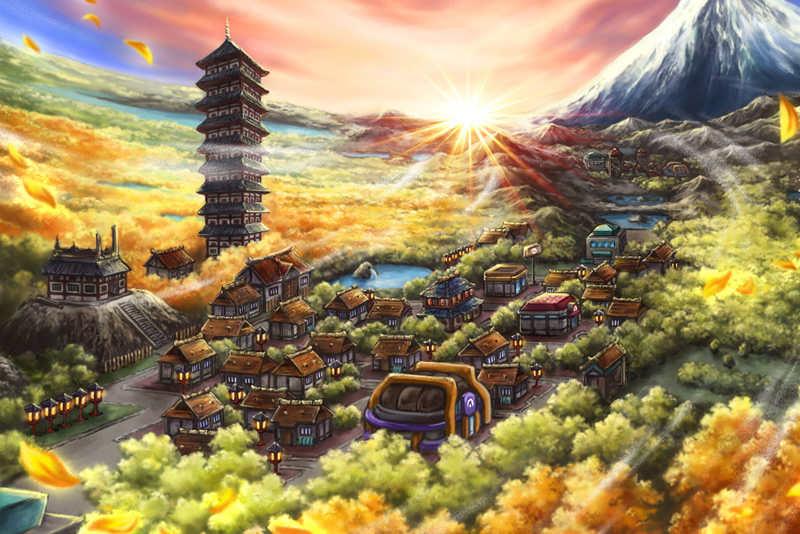 Puppies. Puppies, everywhere! A cute puppy simulation where you can pet, walk, train and have fun with those furry friends? Sign me up! The DS introduced a lot of new audiences to gaming, and Nintendogs was a big part of that. Interactive, adorable and a heap of fun! So much so that almost 24 million people own a copy of the game worldwide. It’s like giving a puppy to everyone in Florida and Kansas a puppy! 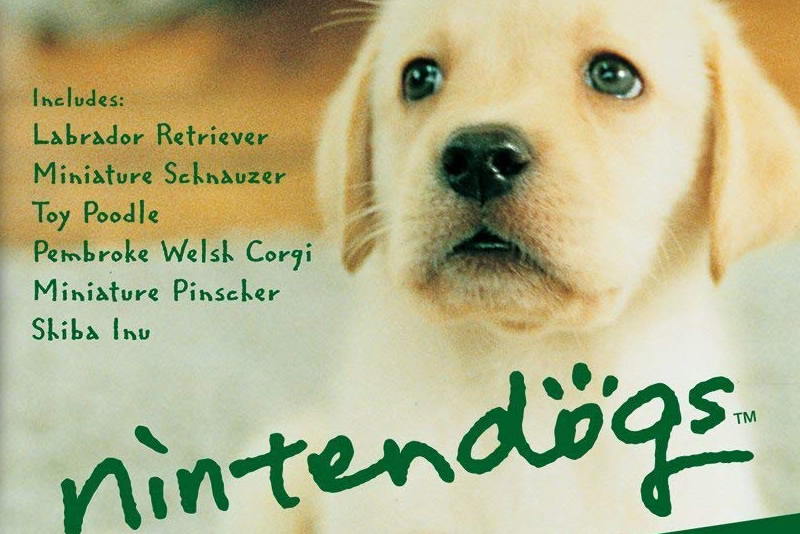 A Nintendo console has to have an Animal Crossing game. It’s an unwritten rule and we’re happier because of it! The DS version, Wild World, took the series from a niche GameCube sleeper hit to worldwide phenomenon and, for many fans, their first entry into the wonderful, unique world of KK Slider, Tom Nook, Brewster and friends! Wild World is one of the best DS games in its 15 year history. 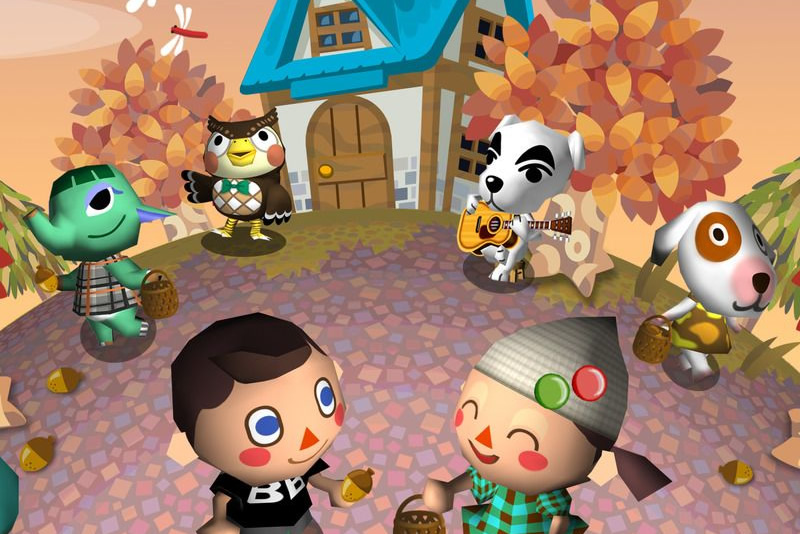 Roll up, roll up, it’s time for Mario Party! With a touch screen and microphone, Nintendo couldn’t help themselves! Mario Party DS is perhaps one of the more innovative entries, where you’d blow and tap your way to victory! A lost gem in a sea of Mario Party hits – definitely give this one a go! 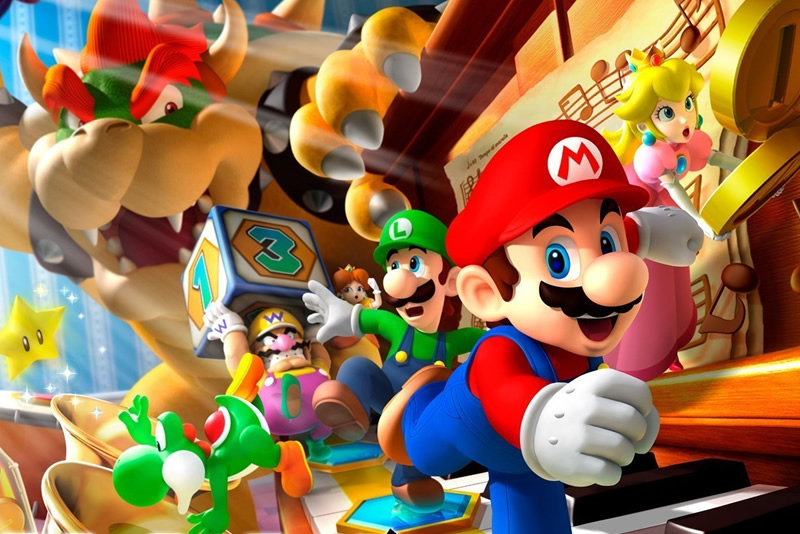 Choo Choo! All aboard the ol’ Spirit Train! After trying out touch-screen Zelda with Phantom Hourglass, Nintendo perfected the formula with Spirit Tracks – with young Link, a train engineer, caught up in all the train trouble with Princess Zelda. A tonne of genius touch-screen puzzles, co-op with the princess in an armoured shell and a weird new baddie. Spirit Tracks is one of the best DS games buried within Nintendo’s extensive Zelda history. 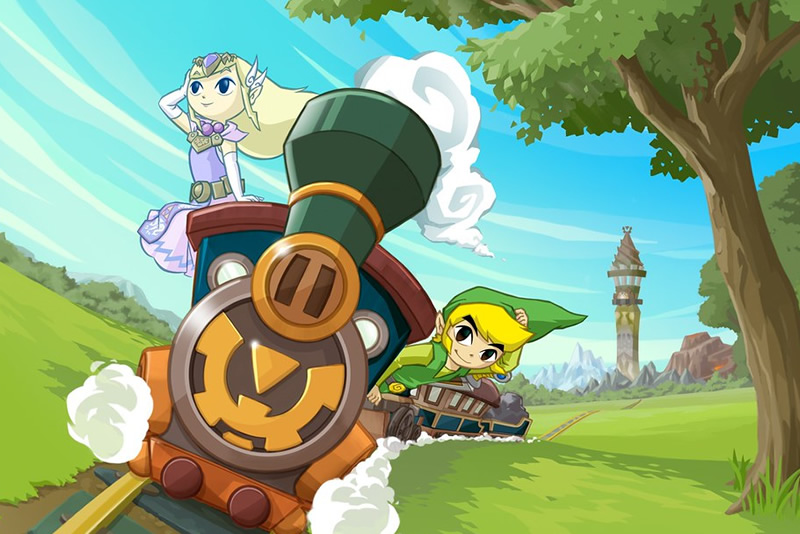 It’s new! It’s super! It’s New Super Mario Bros for Nintendo DS! We’ll save the best selling Nintendo DS game for last – with it selling over 30 million copies since 2006. Classic Mario platforming mechanics – pure, simple and – at the time – introducing a new pseudo 3D look. There’s not much else we can say, except that it’s Mario through and through, Bowser beware, the plumber’s coming for you! 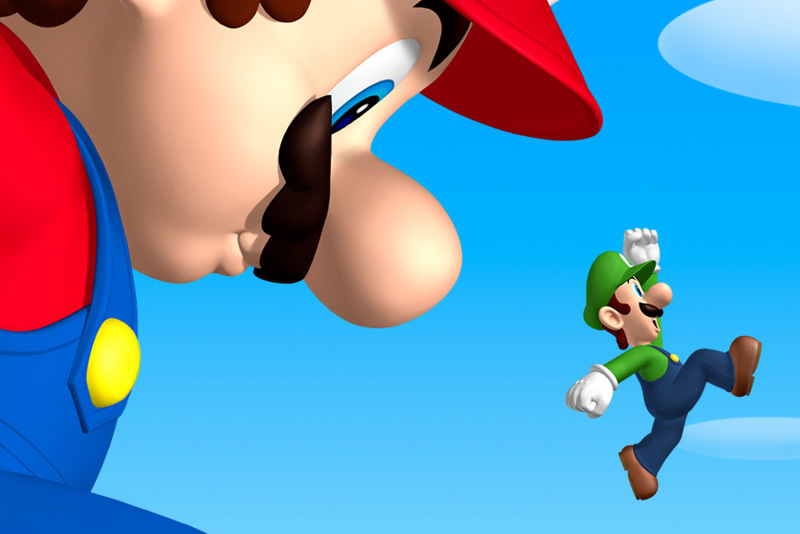 So there we have it – ten of the best DS games in its 15 year history. Incredible moments, clever touch-screen mechanics and brilliant game design! What are your favourite DS games? Let us know with a comment, and check out our DS History Video on YouTube, too!

Love Nintendo games? Be sure to check out our exclusive gaming shirt designs – tees based on your favourites, including Pokemon, Mario & Mario Kart!