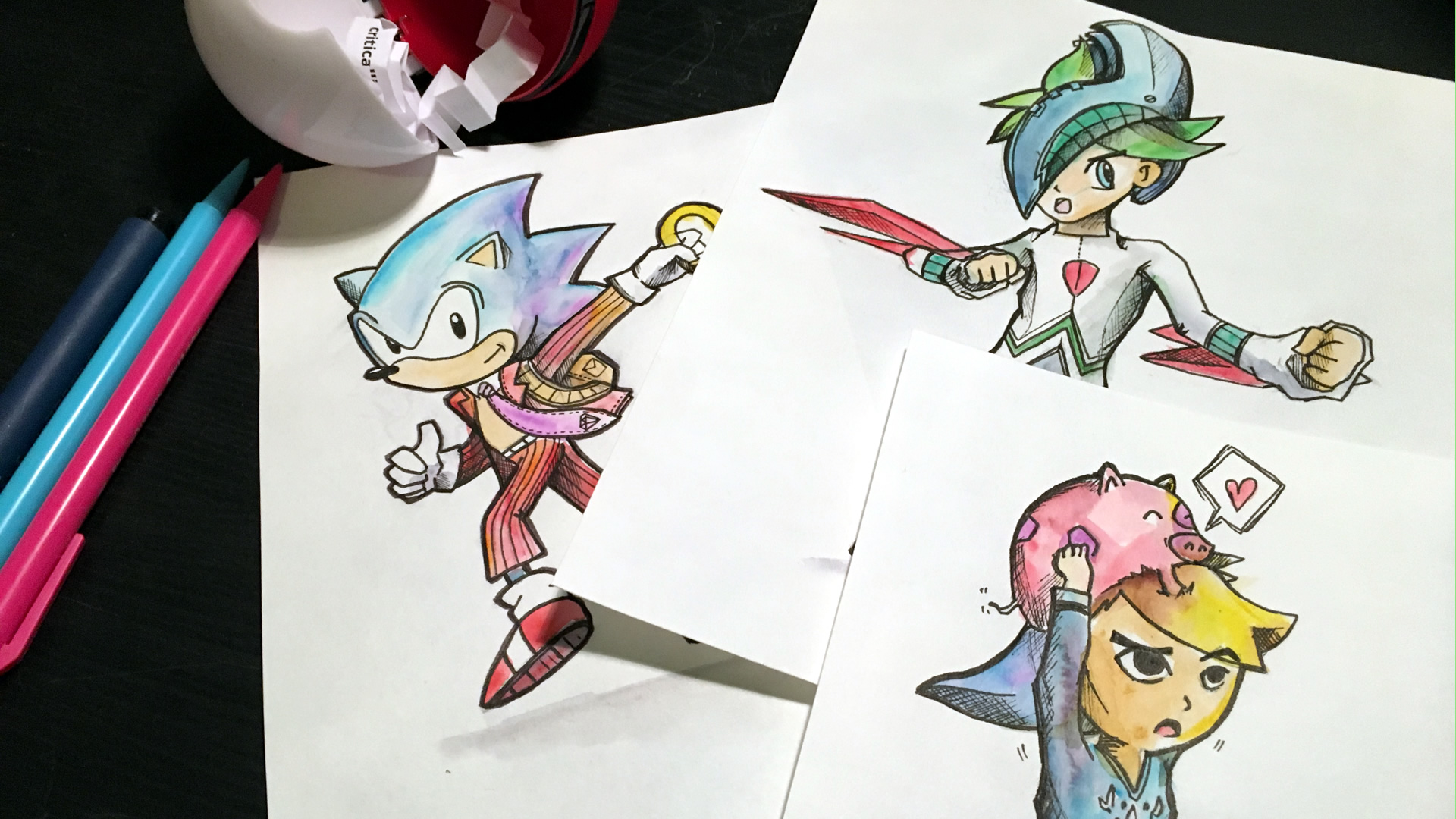 October means dark evenings, spooky pumpkins and counting the weeks till Christmas. But October also means Inktober; a fun yearly tradition that anyone should try!

Inktober sees artists come together from around the world to attempt to draw one ink drawing for the entire month. That’s 31 individual ink drawings penned from the deepest recesses of your imagination. The challenge also comes with optional prompts that could spur on a masterpiece – from “swift” to “furious”. Others use custom prompt lists that are more themed; say “dragons”, and some just pen whatever comes to mind.

It’s all a bit random

In 2016 we took part in the challenge; drawing an inked colour sketch along the official prompts. However this year it was time to try something a little different! For each Inktober sketch, we summoned a pair of Pokeball and picked a suggestion at random. These were gaming characters suggested by folk on Instagram during our previous live streams; making it that bit more interesting each day!

If you’re interested in Inktober; be sure to check out the official website. We also recommend having a gander at other Inktober sketchers – including @supernintendex, @kelvin_trainerk, @darkodesign, @marzymeoz and @snapsuziegeeforce.

Here are some of our favourite Inktober sketches!