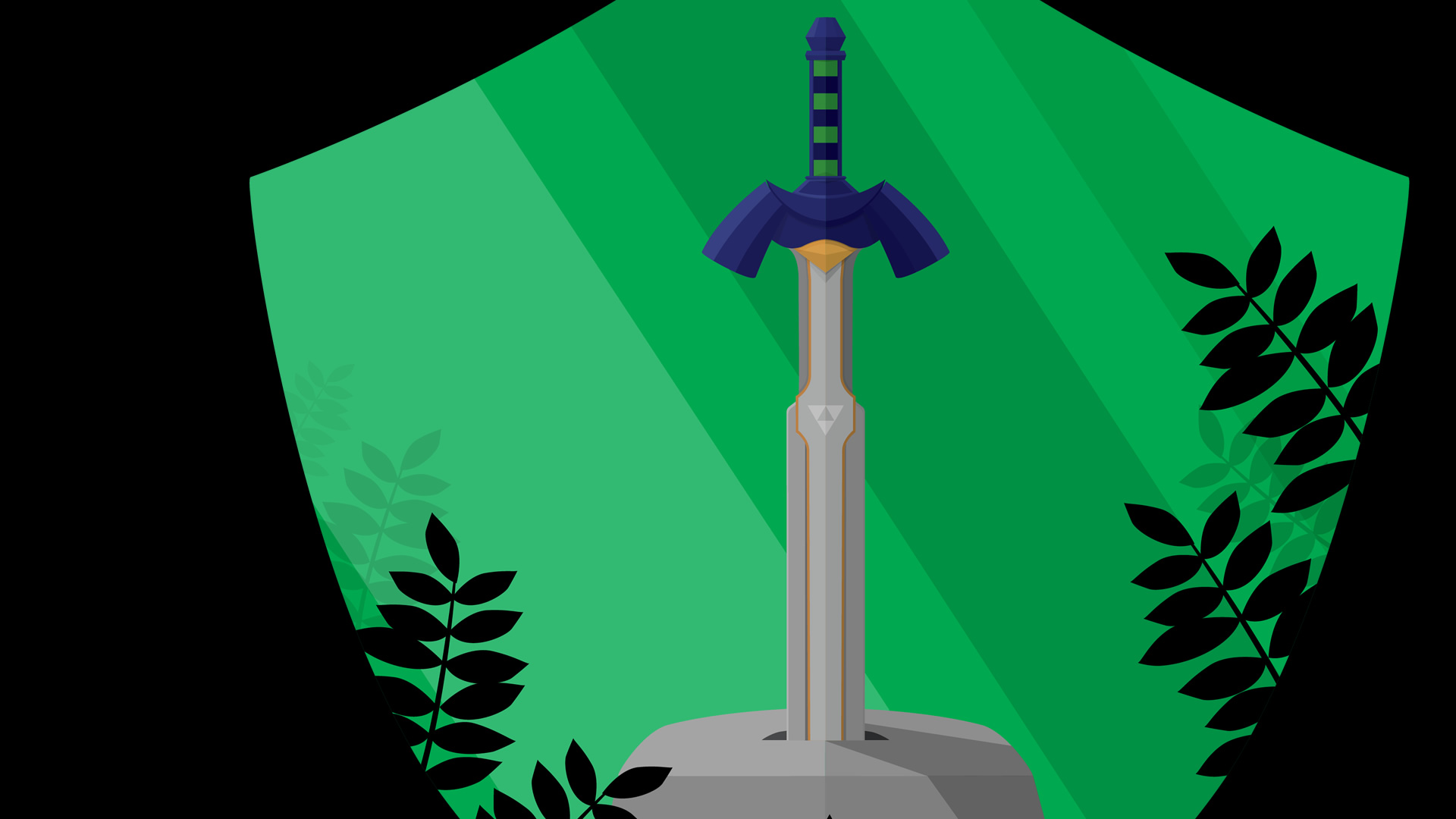 There’s a massive closet full of items to explore in video games, but only a handful are truly iconic. The Buster Sword, Fire Flower, Golden Gun, Master Sword have all survived the time. What makes these items just so memorable, over, say a generic pistol? The bold shapes and sheer power make you want to wield it with masses of badass energy. Many of these items take a good, hard slog to get. That moment Link pulls out the Master Sword, or Mario dons those white dungarees – you know s**t’s about to go down.

We absolutely love the Zelda series – the sheer scale of Hyrule, the stories, the characters, those spawling dungeons and epics bosses. One of the things that truly stands out has to be The Master Sword.

A Sword of Legend

Nintendo have crafted such a strong lore. The Zelda series has constantly grown, yet retained such a strong identity. The bow, bomb, hookshot – these unlockable goodies are stitched into what makes a grand adventure. Top of the list for the Zelda series has to be the Master Sword. The definitive, powerful and mysterious blade of legends. Ever since A Link to the Past, the sword (coupled with Zelda’s bow) has been the defence force against Ganon.

Just how did this blade come to be? Skyward Sword sets the scene. It all began with a rather evil gent called Demise. Power hungry, and in desperate need of a haircut, Demise stormed through the land in order to find the Triforce, as you do. Hylia, who was responsible for looking after the Triforce, forged a blade to be used by a hero to stop the devious demon in its tracks. Canonically, this is said to be the first appearance of the Master Sword, but its origins have become heavily riddled over time.

As well as holding a heap of power within its metal core, the Master Sword has survived the challenges of time. Over centuries it sits pretty in its pedestal, waiting for a hero to wander in and curiously pick it up. It’s said to also boast the power to truly repel evil through magic, or perhaps just be smelling like a pair of fresh socks. The Master Sword, when disarmed, can’t be simply picked up by an unsuspecting moblin. Link, or Princess Zelda, are always drawn back to the blade because of their ties to its origins in Skyward Sword.

In some games it can also unleash a powerful beam of light that cuts through unsuspecting enemies with ease. It’s not just bopping moblin that bear the brunt of the Master Sword. With its pure goodness, tear through magic barriers and even form a seal that manipulates time itself in Ocarina of Time.

It’s time to harness the power of the blade. Celebrate a big part what makes The Legend of Zelda so special, treasured. We’ve braved Ganon’s hungry minions to brew both a print and a limited-run shirt inspired by The Master Sword. Be sure to get yours and save Hyrule from ruin! Don’t worry – even if you’re a little bad, you can still harness the courage of the hero! 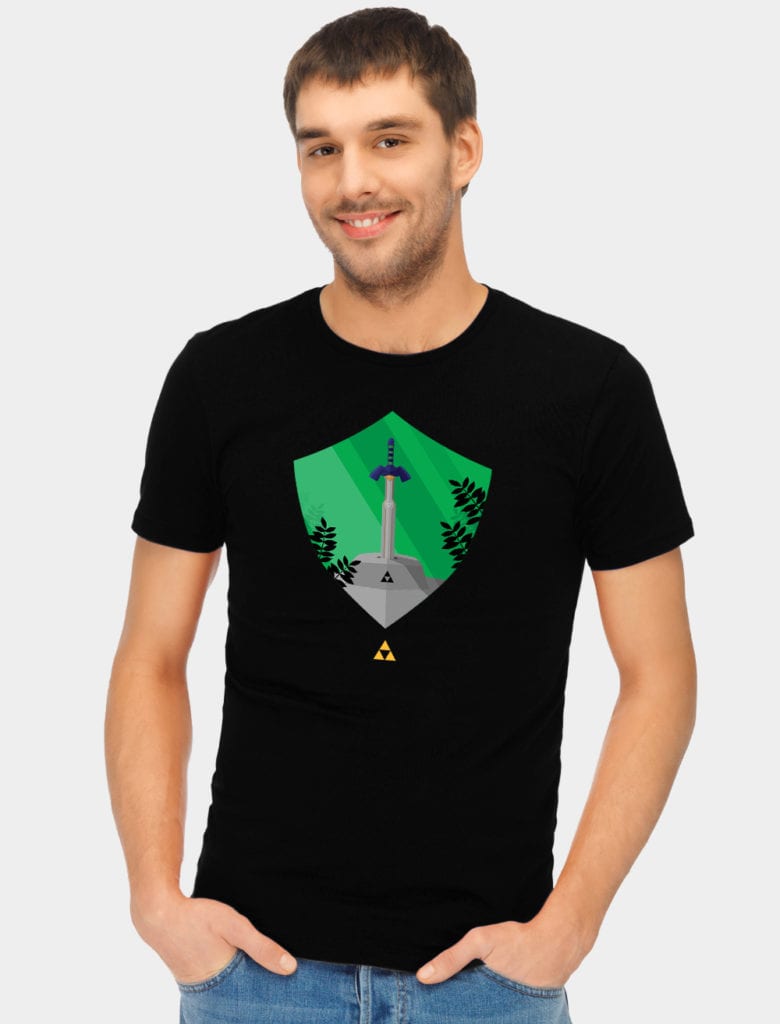 A Test of Courage Zelda Shirt 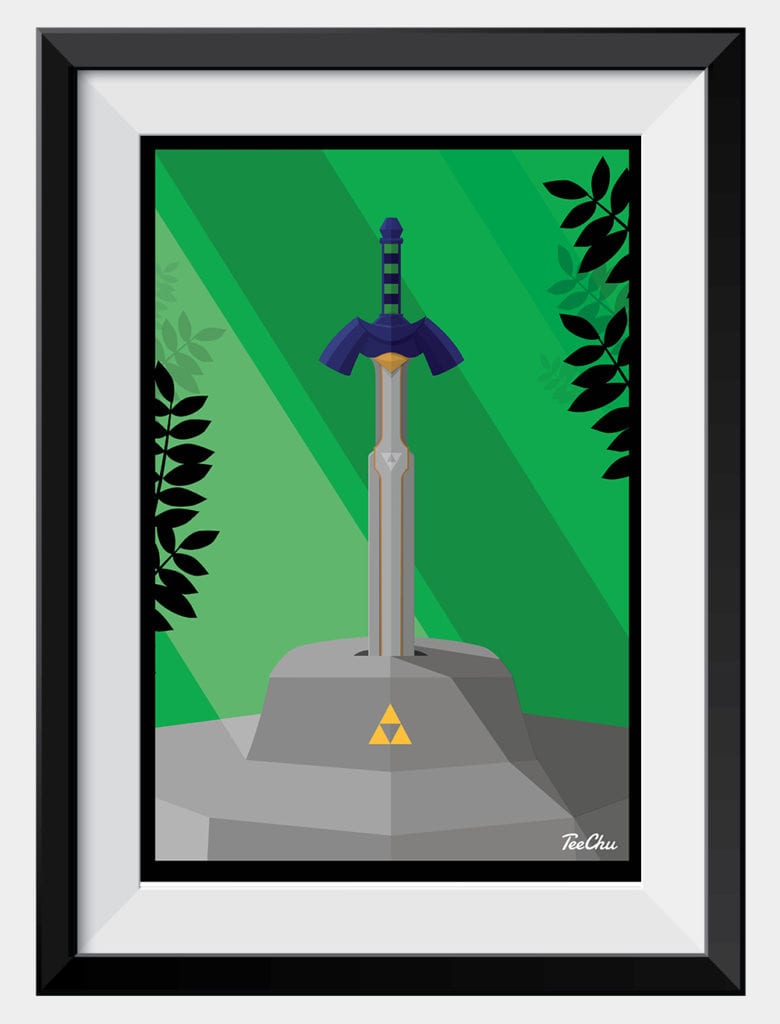 What are your favourite weapons from the series? Let us know with a comment!