It’s Chinese New Year and for 2017 it’s the Year of the Rooster. It’s also the Year of the Fire Rooster, last seen a fair while ago, in 1957. We’re celebrating with a limited edition, exclusive t-shirt with a familiar Pokémon on display!

So, who are the Roosters?

Those born in The Year of the Rooster are said to be hardworking, confident and resourceful! The young chickens are able to be engaging and fend for themselves. Roosters are also moody and stressed at times, so be sure to hide if a Rooster starts fuming! Famous folk born as Roosters include the likes of Beyonce, Roger Federer, Serena Williams and Prince Philip – perhaps an unlikely bunch that you’d find a tea-party, but certainly confident and hardworking. 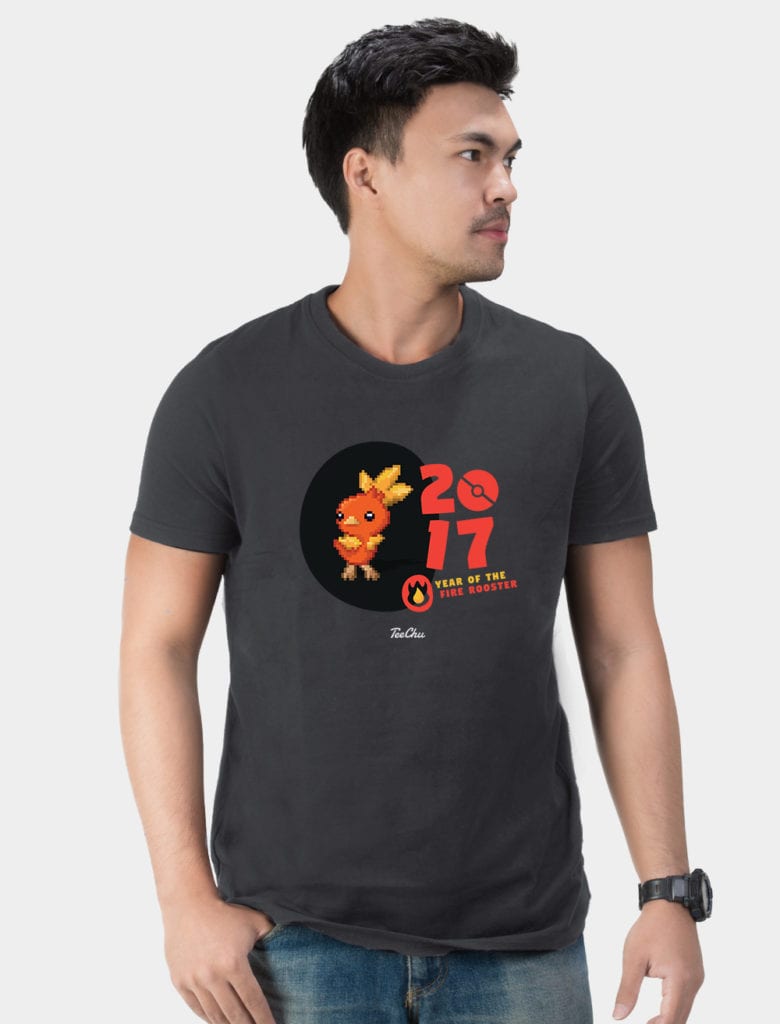 A Year of the Rooster Adventure!

With that in mind, we wanted to embody these traits within a little Torchic, a fire chick Pokémon that’s starting its own adventure into the wild! We came up with a tale of Torchic, as it plods along to find some logs to build a home for itself. Using its noggin’ (literally), the adorable fire chick puts together a Pokémon bird house in our animated feature. We’ve always been a fan of hand-drawn animation here at TeeChu, and felt it was the perfect way to complement the heart-warming tale by combining these with pre-recorded clips of the ickle chicken. Each of the segments were penned frame by frame, but fortunately no logs were harmed in the process! Be sure to have a look at the chick’s adventure in our YouTube clip below.

A pixelated design for the Year of the Rooster

The t-shirt itself bares a pixelated take on Torchic, as seen in the Pokémon Alpha Sapphire and Omega Ruby games. Though small, the critter grows into the mighty Blaziken at level 36, but we felt that Torhic can also be tough! The chicken’s joined by a stylised 2017 emblem and an egg shaped silhouette to house the design. Taking elements from our pixel past, we wanted to create a retro feel design with strong, fiery oranges and yellows throughout. However, only twenty units have been produced, with each including a numbered and signed certificate of authenticity from the artist. 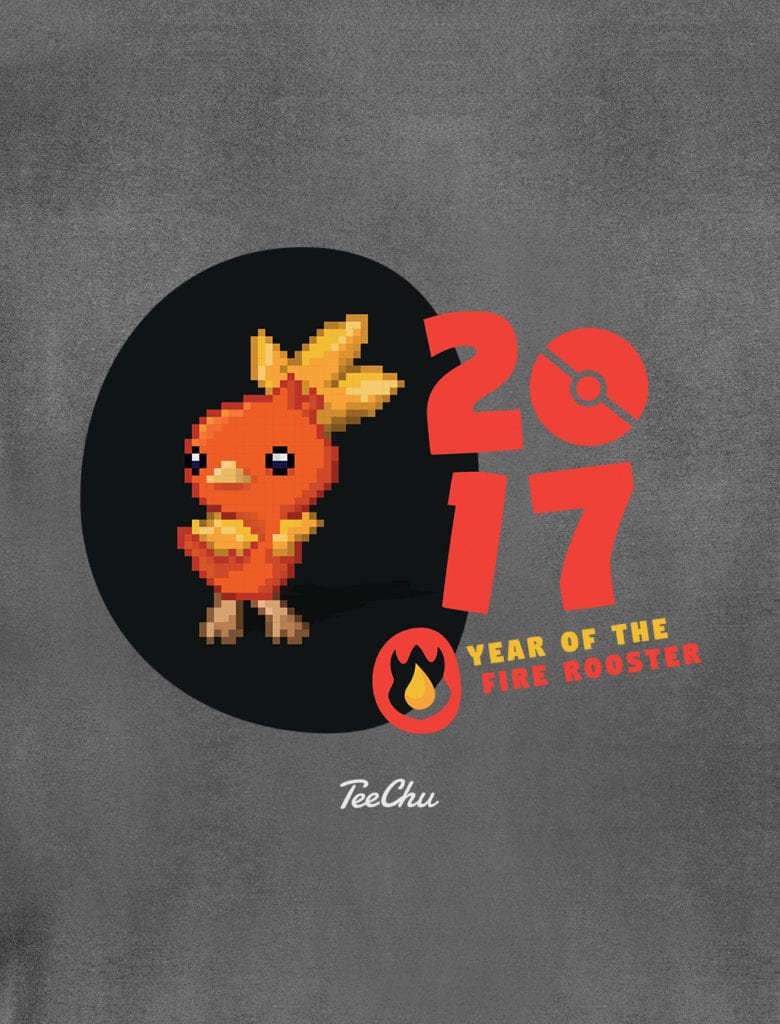 Shop the Year of the Fire Rooster shirt design, whilst stocks last!