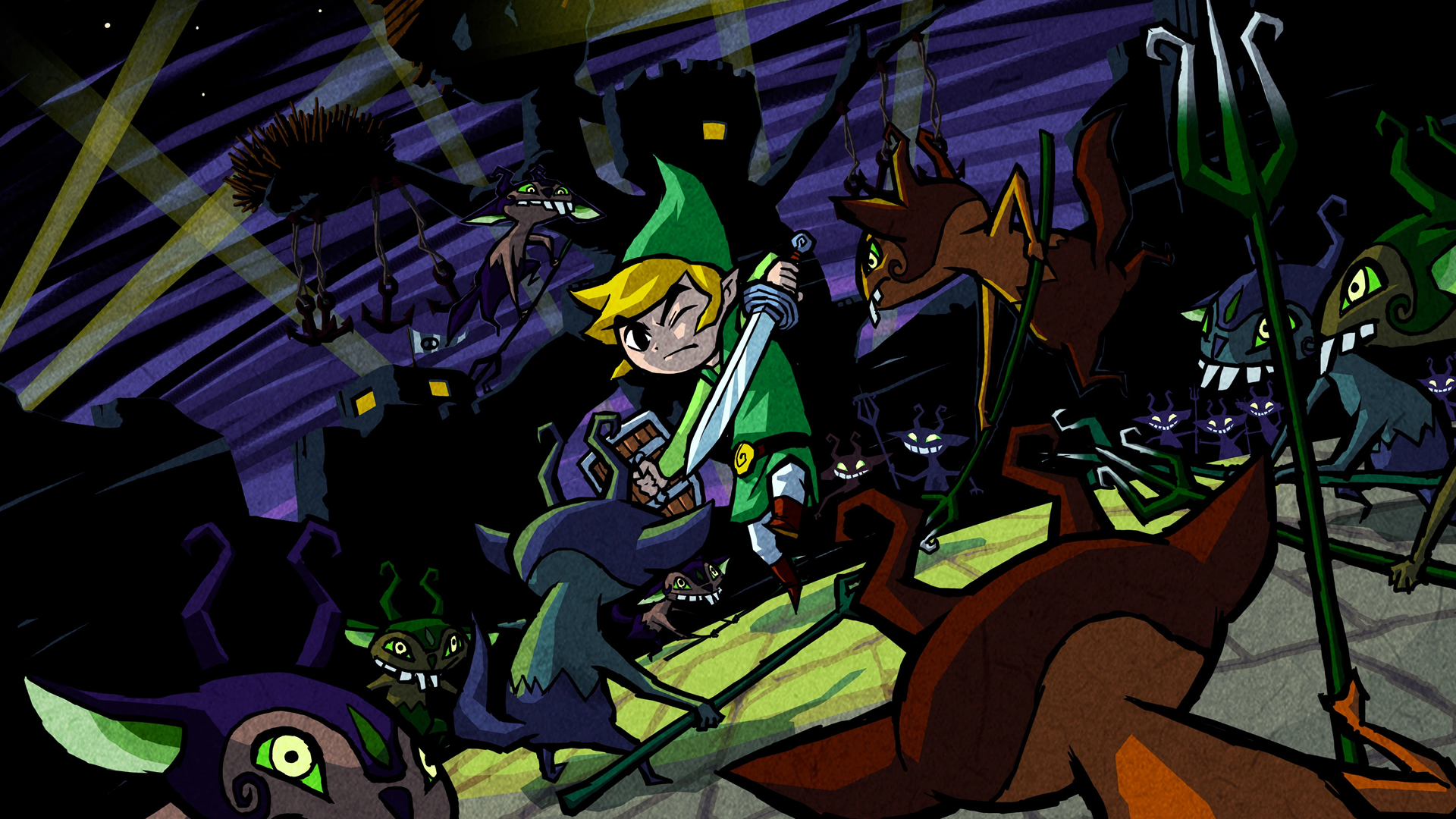 It’s been twenty years since this now iconic Zelda adventure drifted up onto our shores, one of the best adventures for the Hylian hero in years. Since the GameCube tale spawned, we’ve had all sorts of Zelda interpretations – from the grittier Twilight Princess to the more colourful Skyward Sword, but there’s something so special about this story set at sea. Let’s take a look at why The Legend of  Zelda: The Wind Waker is so good 20 years later, and how it’s survived the test of time! 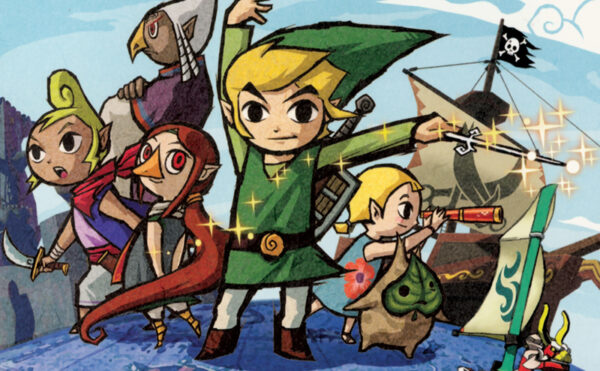 Let’s take a trip back through time when the game was first announced, and Nintendo’s initial plans for a Zelda adventure on GameCube. At Nintendo’s Space World show back in 2000 we had a first glimpse of what could be a sequel to Majora’s Mask. Maybe the new project could have been a new game set in that same universe. A super short thirty second snippet of Ganondorf versus Link, going toe-to-toe. It set the Zelda community alight. Take our money, Nintendo! 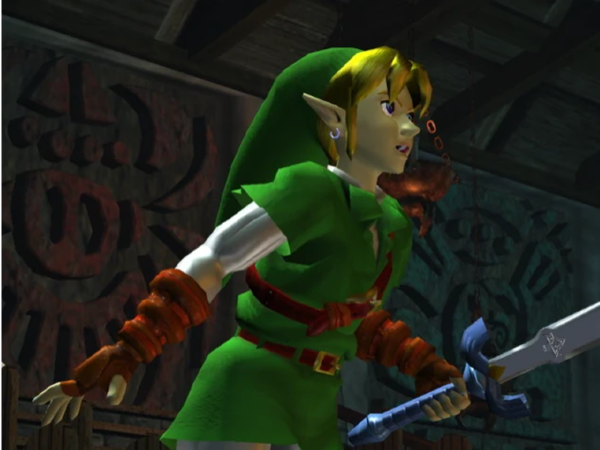 Then a year later, everything changed. Nintendo showcased the first beta footage of a very different game, a cell-shaded, super stylised Link, bright, bold, and colourful enemies, and a very different art-direction to previous 3D games.

Fans, however, weren’t happy back then – the backlash was intense. Comments aside, Zelda: The Wind Waker launched to critical acclaim. Lots of praise for the visual style, with comparisons to Disney and Hayao Miyazaki films. That initial reaction from disgruntled fans faded out and The Wind Waker has become a huge fan-favourite over the years that followed. We ended up with a gorgeous HD remake on the Wii U, as well, further highlighting how incredible and bustling this huge world was. 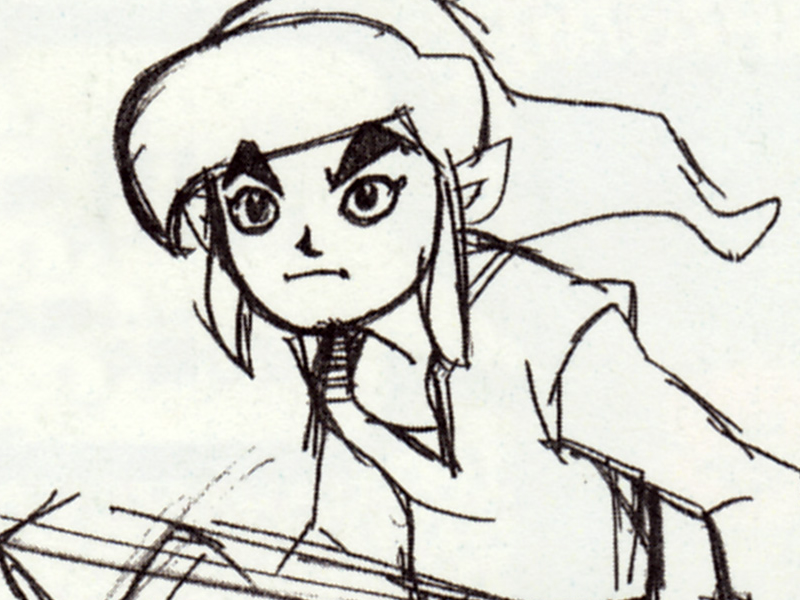 What makes The Wind Waker a great Zelda game?

Why does The Wind Waker hold up two decades later? Though we do have handheld games like Phantom Hourglass and Spirit Tracks that followed a similar art direction, the GameCube game stands the test of time because it tried to do something different. There really is nothing quite like it! 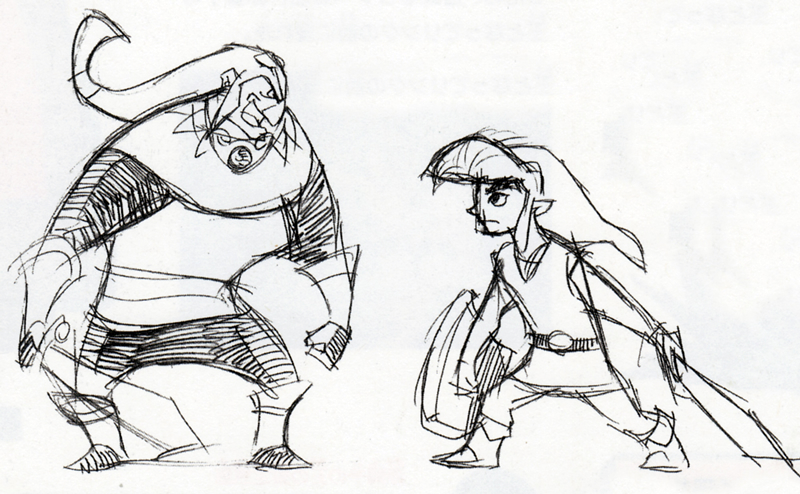 Visually The Wind Waker is by far the most expressive entry. Sure, we’ve had cutscenes that really pull at the heart-strings in all 3D Zelda games, but all the characters – whether it’s Link or an unsuspecting moblin – show so much emotion and expression. Unbound by realism, there’s a sort of elastic cartoon approach that could only work in this style. The late Nintendo president Satoru Iwata recalled in an interview, “that advertising line we used at the time (in the Japanese market) about it being animation you can touch”.

In the same interview, the team recalled how they felt that continuing down that Ocarina of Time route didn’t feel right at the time. It was thanks to designer Yoshiki Haruhana who planed the seed to build this world. Haruhana presented a sketch of Toon Link to the team, and it was met with a lot of positive feedback internally. 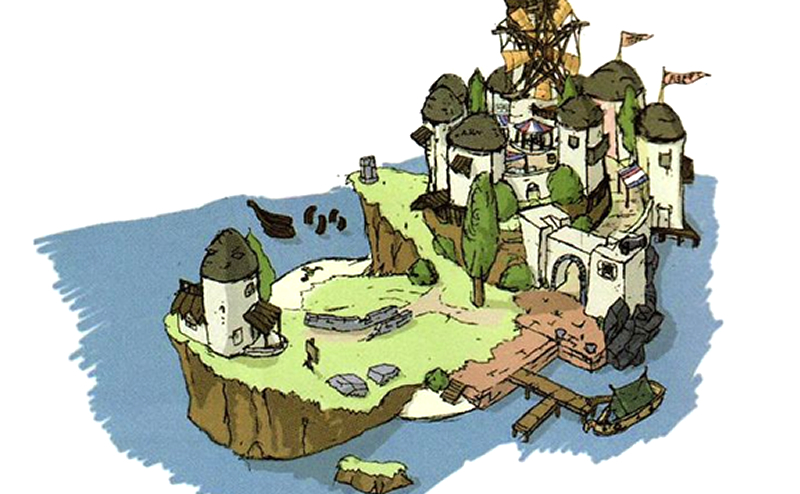 Breaking past Photorealism in The Wind Waker

Without the limits of having to be photorealistic, The Wind Waker can be far more expressive in not just the characters, but also how exaggerated the world can be.

I love the subtle particle affects you get in dungeons, the animation on the small islands you end up visiting. Even bleeding into how Link attacks – from his hair swaying about to the sparks that resonate from the blade. The style holds up even two decades later; it just works. Nintendo took a huge risk off the back of the massively successful Nintendo 64 games, but there’s not been anything quite like The Wind Waker in visual style. 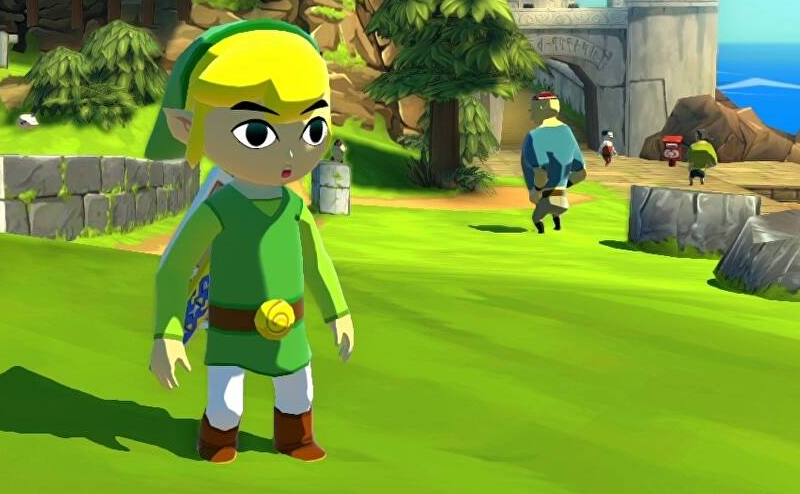 The Unique Engine of The Wind Waker

Another part of what makes the game so special is the game’s engine. At its core, The Wind Waker follows that ground-breaking control from the Nintendo 64 days. You roll, lock onto enemies, leap off ledges – but what it does so differently is that more expressive way of moving. From hiding in a little barrel or carefully sliding along a ledge. 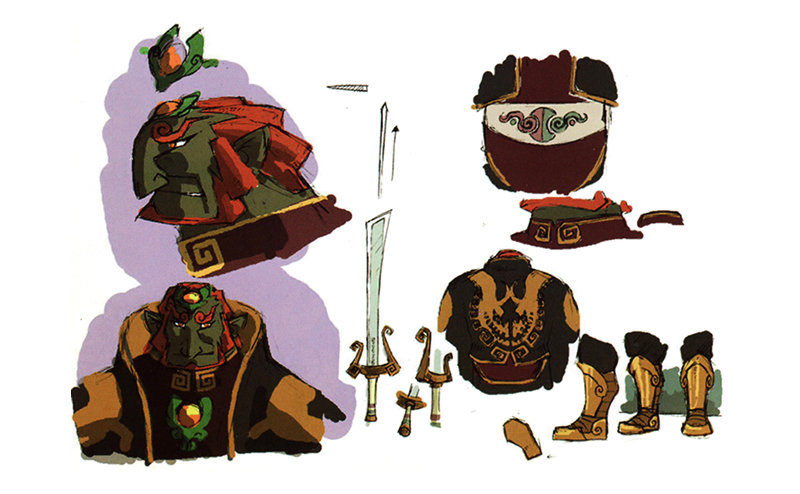 It just makes navigating the world so fun and interesting. Enemy battles have a real sense of oomph to them. Sure, you’re still hacking away with your sword, but there’s a weight and fluidity to the combat that we haven’t really seen since 2002. Throw in the parry system, picking up enemy weapons and interacting with the environment and we’ve got such a fluid system. A lot of which has fed into the approach Nintendo used in Breath of the Wild.

Expressive Characters and Hitting the Seas

The expressive art style expands to the story as well – the GameCube classic does have that same sense of heading out on adventure, a big ol’ baddy lurking in the shadows and series lore, but where it works is through how all the characters you interact with on the way have that same exaggerated animation. You feel it, you become truly involved and invested in this unique world.

Some of those cutscenes and dialogue really hit home many years later. This visual direction is something that may not have as much weight if using realistic models – in The Wind Waker you can truly feel that sadness, the excitement, the stoic resolution. 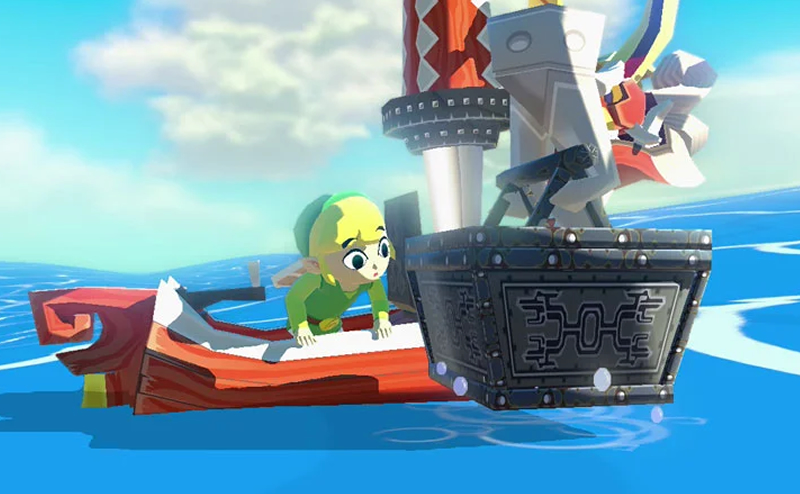 Beyond the story and onto the seas – it’s one of the best parts of the game – a huge sandbox to sit back, chill and explore. Throw in one of the best overworld themes and it’s just so calming; so different to being on horseback or rolling around on a field. With the technological advancement two decades later, I wonder if Nintendo would ever dip into the water once more?

The Future of Cell Shaded Zelda

If there are some negatives about The Wind Waker, it would probably have to be length – the opening half is, literally, smooth sailing – towards the end of the game we’ve got two incredible dungeons followed by a lot of filler. It’s something Nintendo addressed in the HD remake, but a shame it’s cut a little short.

The Wind Waker truly deserves a new entry in that same style, or even a Director’s Cut that expands the tale through additional cut dungeons. Here’s hoping Nintendo does revisit this special world again one day!