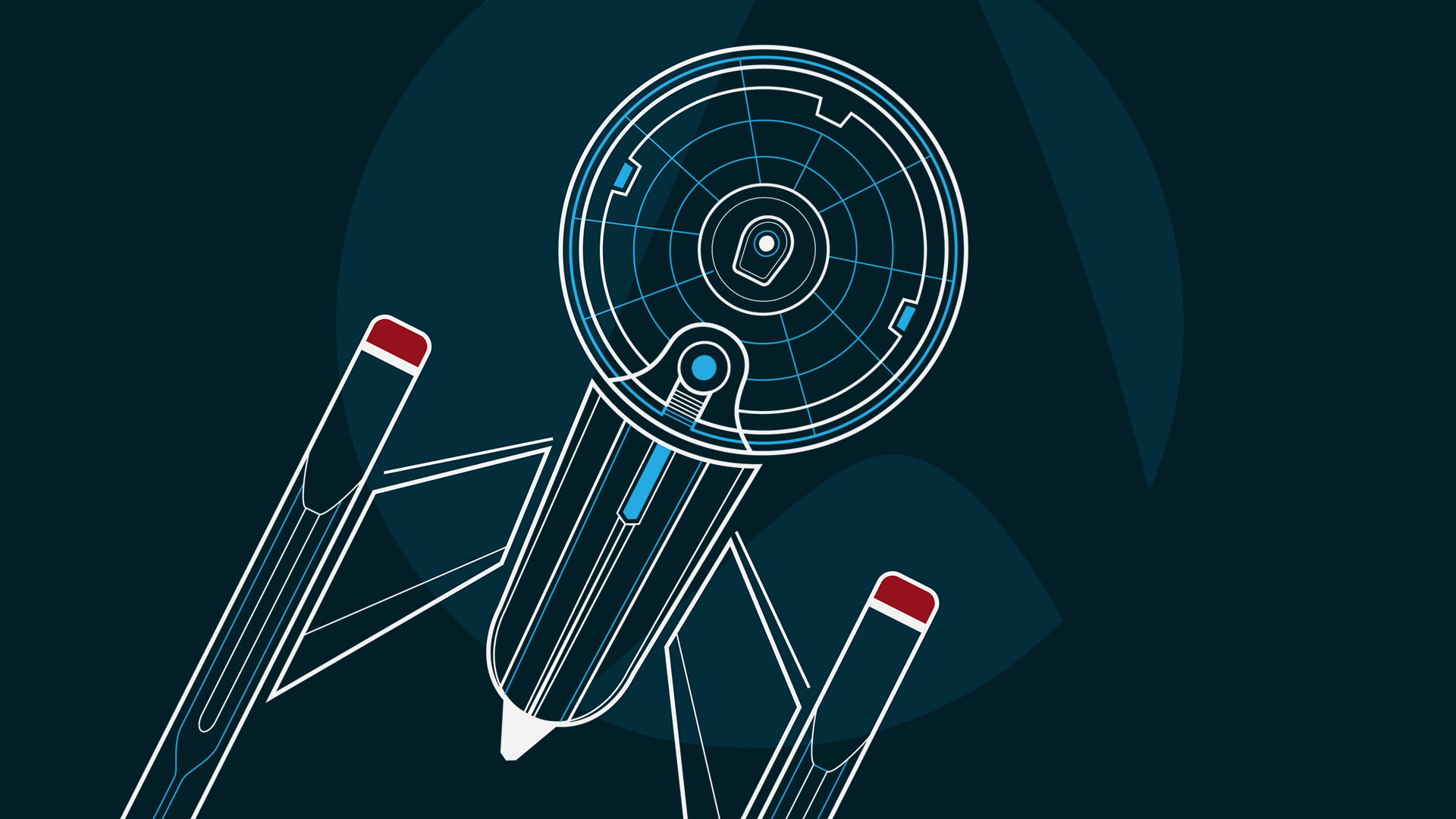 The 8th of September is Star Trek Day, marking the birthday of the much loved science fiction show. Way back on this day in 1966, the original series aired with “The Man Trap”, spawning many memorable adventures! To celebrate Star Trek Day, here are our favourite aspects of the show, and what makes these cosmic tales so iconic!

The earliest memory I have about Star Trek comes aligned with other ’90s greats. It would be after school, on a weekday, and The Fresh Prince of Bel Air would have just wrapped up on BBC2. After such Hollywood hilarity, it was time to blast off into the deepest regions of space! I first encountered Star Trek with Voyager, and became immersed by the compelling storylines and different species that the crew interacted with. Star Trek does have its high-energy action sequences and space fights, but the title says it all: it’s a trek through the stars.

What I love most about the series is that it’s not afraid to tackle issues that we face here and now. There’s plenty of drama, relatable characters and a sprinkle of humour! The show has broken so many boundaries about what can be explored on the small screen, without feeling forced or tacky. It’s incredible, but not surprising, that Star Trek has lasted over 50 years – long may the show prosper!

“I grew up around Star Trek. My parents and older brother would watch an episode while I’d sit back and immerse myself in the different worlds! It’s interesting to be introduced to Science Fiction in such a manner; you don’t feel it’s “different” or “geeky”, it’s just a “thing” you enjoy. As with most people in my generation, I grew up watching The Next Generation. Data was my favourite character by far. The idea of learning to be human rather than expecting it seemed perfectly logical to me.

One of my earliest memories of Star Trek was actually the Universal Studios experience when I was six. I was an Ensign alongside my brother, while my parents played the role of Captain and Vulcan. It was great fun reading the lines (the director was impressed that I could read them so early). Plus, the difference between what we did and what we saw post production was hilarious!”

Suzie is our creative director and the founder of indie studio Critical Lit Games, bringing new AR, VR and Mixed Reality experiences through compelling story, puzzles and conversation! Suzie can be found on Facebook, Twitter and Instagram!

“Every time when I have a conversation with anyone who don’t know a great deal about Star Trek, they always ask me why I truly love and adore the series. The first time I was introduced to the show, it was about 20 years ago. I was about 10,/11 and caught the end of Wrath of Khan, the second feature film. It was truly amazing and inspiring. As the entirety of the franchise unfolded, I had a really good example of what it means to become a better human.

Circa 20 years later I can’t really tell if I’m better or worse, hopefully better! Having Star Trek along the way, though, definitely changed my vision about humanity and life itself. It made me become more open minded and also more curious! There’s no better word that could describe my affection to this universe, to this idea, than love! I love the show because it serves as a moral compass for humanity, and also as a warm blanket. A warm blanket that can fill you up with joy and hope in those desperate hours!”

Trekkerprise is a lifelong Star Trek enthusiast who’d love you to board his geeky ship across the cosmos! He posts weekly YouTube videos and can be found on Twitter and Instagram!

What are your favourite moments from the show so far? Let us know with a cosmic comment below!