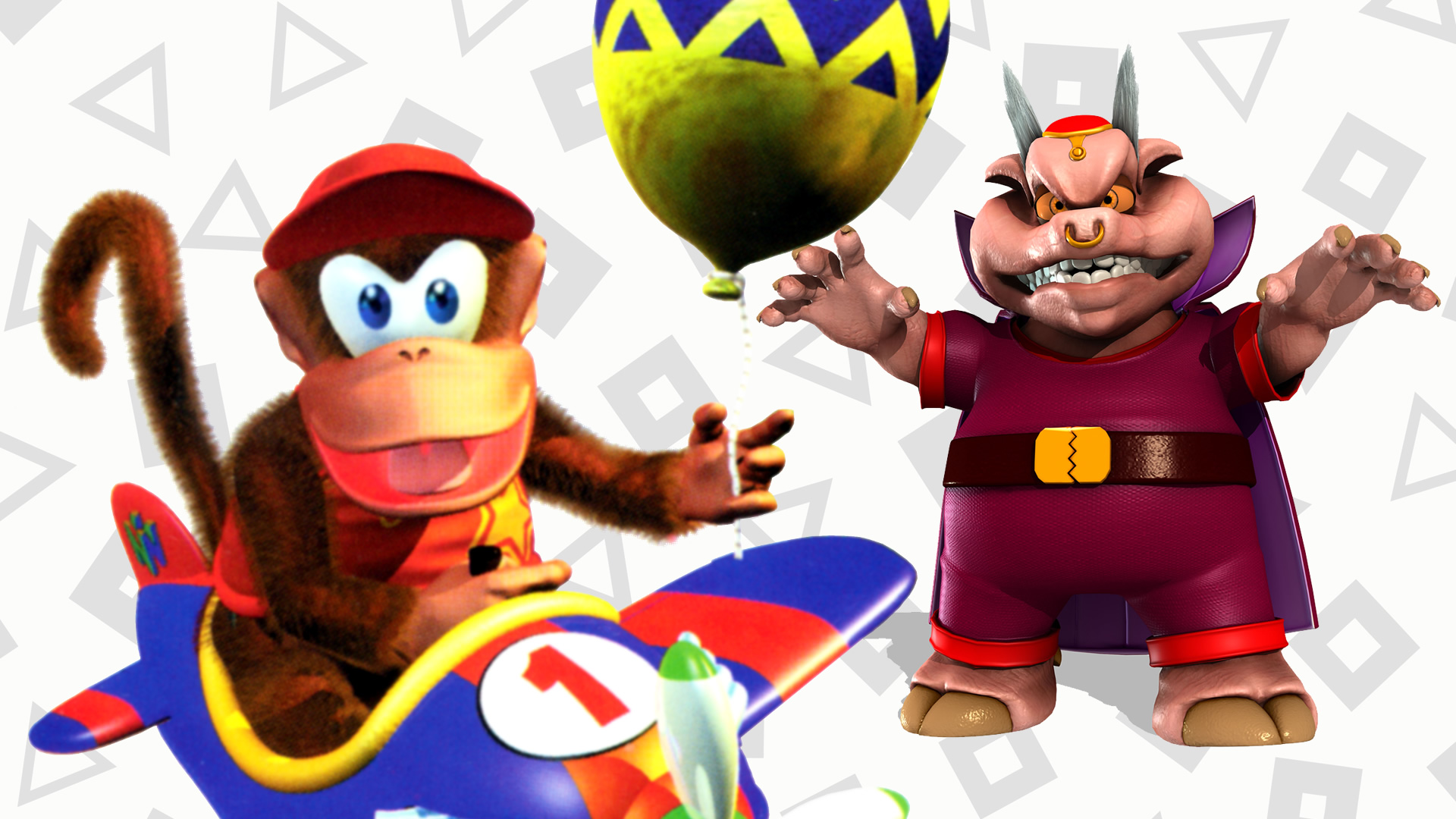 It’s been two decades since Diddy Kong left the jungle to save his animal buddies from a mischievous racing pig. Diddy Kong Racing is twenty years old now and still holds up as one of the best racing games of all time. Here are five reasons why we adore this classic Nintendo 64 racer!

Much like fighting games, kart racing games generally have a fixed formula. Go for gold in the Grand Prix, race friends in multiplayer and try to set new lap records. What Diddy Kong Racing did was introduce something a little bit more: A story mode. The devious Wizpig is doing dastardly things and it’s up to Diddy and friends to race into action. The story mode is packed full full of replay content – where racers collect balloons and coins to unlock new worlds. It’s not just about coming first; but forming solid racing to collect everything and win!

Each of the racing worlds have a tricky boss to defeat at the very end – from a race to the top of a volcano to conquering a menacing squid. It’s one of the features that differentiates Diddy Kong Racing from the likes of Mario Kart. Bosses aren’t just other characters in a standard race; but are instead a far bigger challenge – topping off the already tricky Adventure Mode in style.

A memorable cast of critters

The game introduced wide number of quirky critters into the mix. We had the returning simian, Diddy Kong, joined by an adorable mouse Pipsy and a heroic turtle, Tiptup. Players could even drive about as the foul-mouthed Conker, or even Banjo in his first ever game appearance. Opting for a racer with a bit of a cheekier streak? Donkey Kong fans were in for a treat with a kremlin, Krunch, also a playable character. Aside from the default crop of furries, Diddy Kong Racing, also featured unlockable characters that were well worth the effort!

Not content with a simple, barebones standard kart, developer Rare introduced two extra vehicles – hovercrafts and planes. Many of the race tracks were compatible with at least two of these, making it even more dynamic – certain shortcuts available only to specific types. Being able to soar across an ancient dinosaur posse was a treat indeed!

A Wise selection of tunes

Former Rare composer David Wise is known for his extensive work, from Donkey Kong Country to Battletoads. Diddy Kong Racing is definitely one of Wise’s best works; with memorable tunes to plod along to.