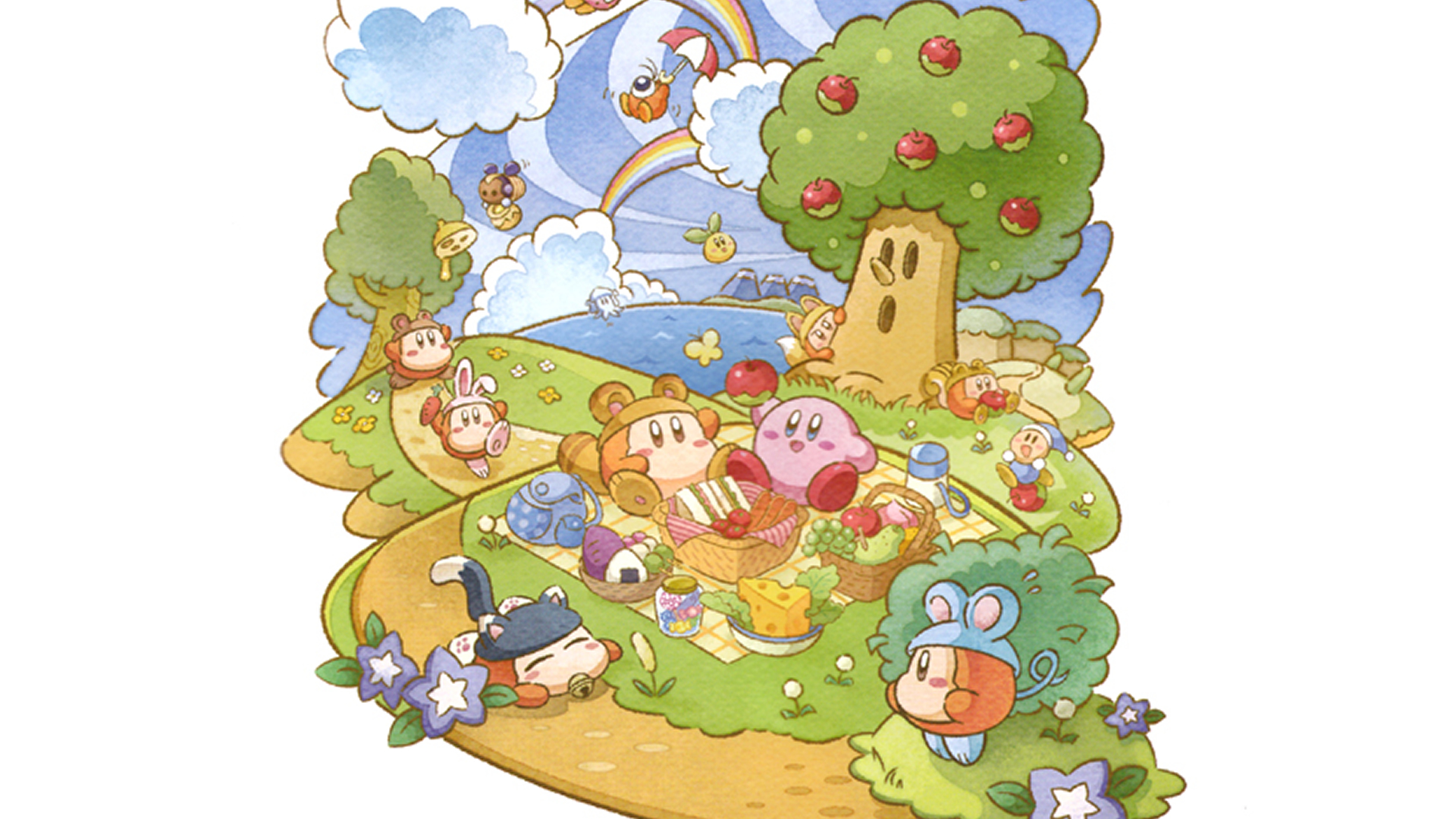 Nintendo have so many incredible and iconic characters. From a mushroom gobbling plumber to a dungeon crawling hero of time, a brave bounty hunter to a whole world of incredible monsters. Within the mix is one hero, a power-up gobbling cutie called Kirby! 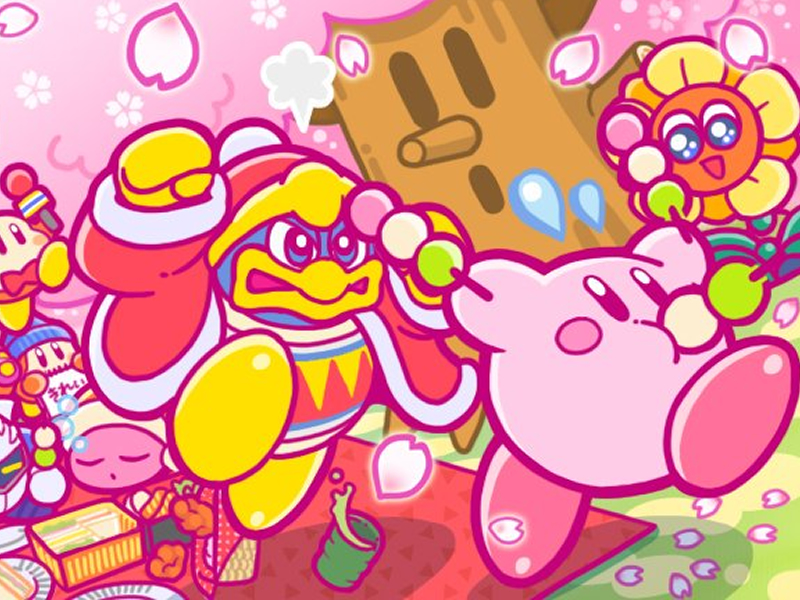 Over the years we’ve had so many epic Kirby adventures, from humble origins on the Game Boy to unique 3D tales, unique golf and racing games to sequels woven in yarn! But let’s take a step back to the early 90s. Nintendo were on the hunt for a brand-new character to ride on the popularity of the Game Boy. The chunky portable had launched to rave reviews – everyone loved Tetris, kids and adults were hooked onto Super Mario Land. What next for Nintendo? 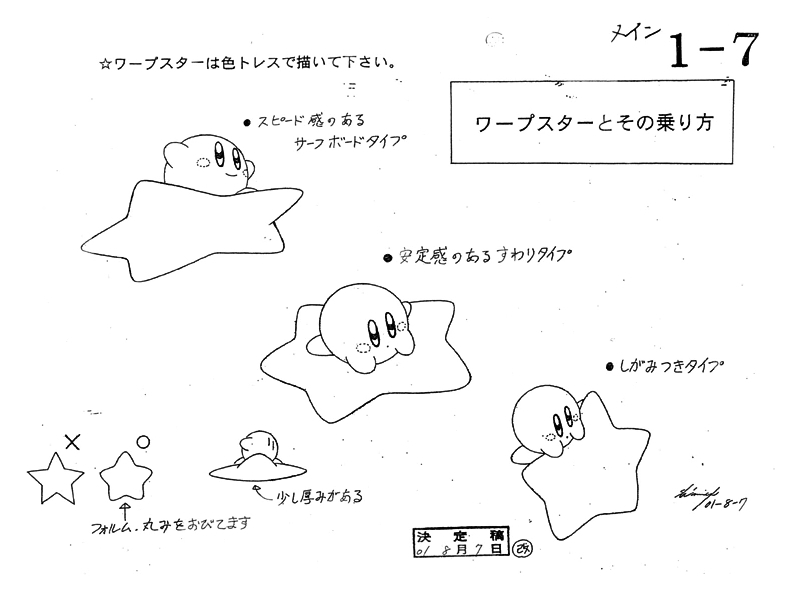 The new game was intended to be one that anyone could enjoy, and it was down to Nintendo’s close development partner HAL Laboratory to make something special. Could the studio brew something that could even rival that jumping plumber? The brain behind the new concept was nonother than Masahiro Sakurai. Yep, the man behind the Super Smash Bros series! 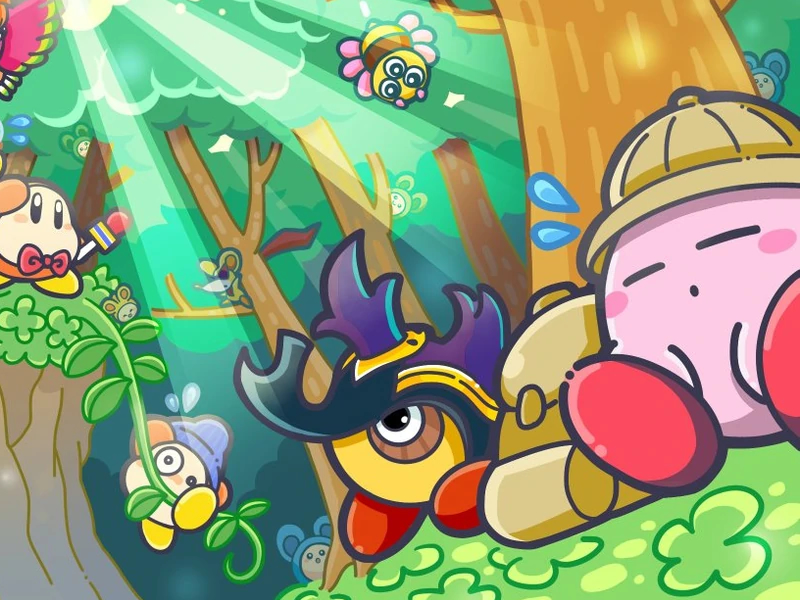 What is Kirby supposed to be?

So let’s continue our look at the origin of Kirby! Sakurai started work on the game, initially drawing a placeholder as a little circular blob – a generic placeholder that would move around the screen. The team called this little white circular blob, Popopo.

In an interview back in 2003, Sakurai recalled, “I needed a dummy character to represent what the real character would be doing in the game. I just put a Kirby-shaped blob in my presentation as a place-holder, but everyone liked it so much we decided to keep it in the game without any major changes.” 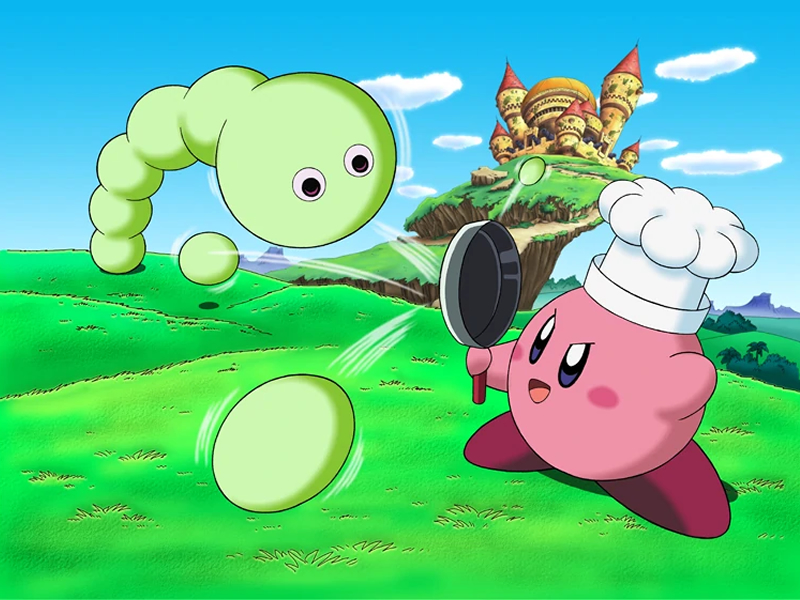 With a character set and the team loving their new mascot, what colour was Kirby even supposed to be? Despite everyone backing the design at Nintendo and HAL, there was an argument on just what colour our hero would be. We already had red and green with the Mario series, orange tones for Metroid, shades of green with Zelda. But what about this newbie?

Sakurai always imagined Kirby to be pink, mirroring his original concepts. However, Nintendo’s Shigeru Miyamoto felt that Kirby should be yellow instead. The battle on colour lasted so long that the Western release of the game had Kirby in white, confusing things massively for a brand-new audience. Was this some sort of Casper the Friendly Ghost knockoff? Exploring the origin of Kirby led to some tricky moments at Nintendo HQ. 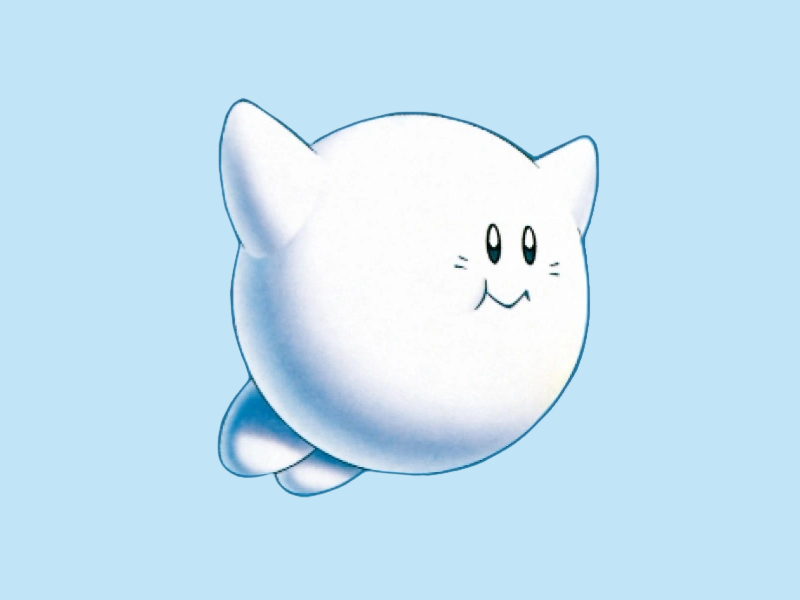 At one point Kirby was originally even called Gasper. Yes, Gasper. Nintendo needed a name that would work with the Western audience. Enter a lawyer called John Kirby. You’ve probably guessed where this going by now! Kirby – the lawyer – represented Nintendo in the 80s, where Universal had alleged that the hit arcade game Donkey Kong had infringed the King Kong concept. Nintendo won the lawsuit and part of the name Kirby as a tribute to him!

The origin of Kirby: Why is Kirby angry?

Speaking of Western audiences, let’s talk the origin of Kirby artwork. Ever wonder why the box-arts differ ever so slightly? Beyond the original games, newer releases had the familiar pink Kirby but with one very slight change. Japanese Kirby has a cheerful smile, buzzing with intrigue and adventure. 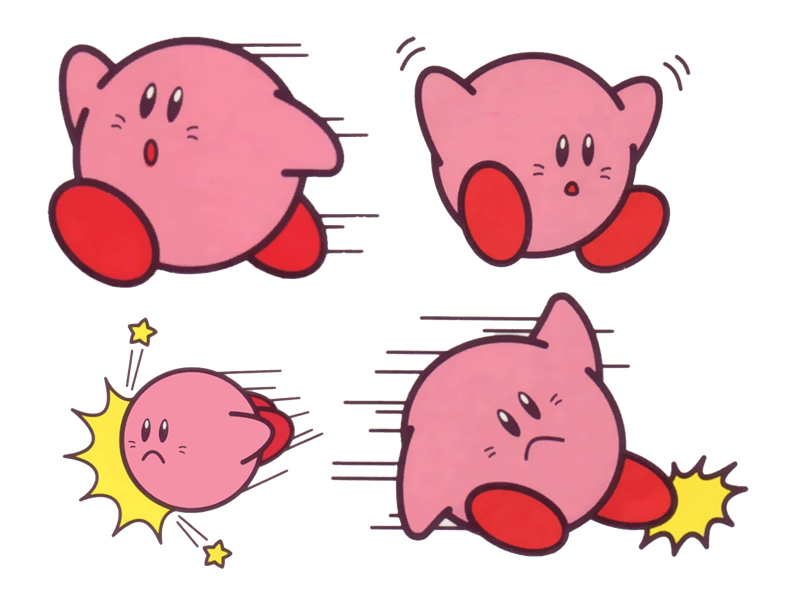 The Westernised Kirby usually adopts the same pose but looks like someone’s nicked his sandwich from the fridge. According to Nintendo, the marketing department felt that it really does play better to audiences outside Japan – a slightly grittier, darker look. How odd!

Interestingly, beyond the box and in the games themselves, Kirby is usually depicted as neutral – at least in the earlier games. The reason for this is that Sakurai wanted the players to feel the emotions, rather than the protagonist leading it. 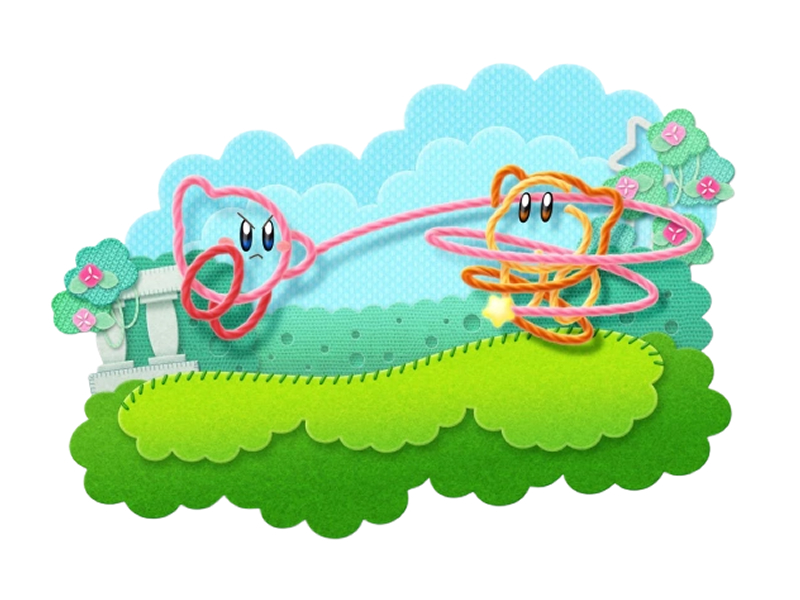 Why does Kirby eat enemies?

So, let’s talk mechanics. We already had a space-aged bounty hunter that could roll up into a ball, a sword wielding elf and a jumping bloke in overalls. What could Sakurai and the team do to make Kirby different and appeal to a wider audience?

Fly, of course! Our hero could avoid obstacles by floating about, leading to new aerial gameplay ideas. It was introduced as a way for players to be able to escape tricky situations as Sakurai wasn’t too fond of platformers where you’d fall into a pit and couldn’t recover. We’re looking at you, Mario.

But what about those timeless copy abilities? The original game saw Kirby able to gobble up certain foes, but the idea to absorb their abilities only came into play a little later with the second game – the NES classic, Kirby’s Adventure. Released a year later, it followed a similar setup to the Game Boy debut but introducing the copy ability as a way of making the game far more challenging and add a little replay value.

Get Your Dreamland Gear

Love the pink powerhouse? We have a unique Kirby tee just for you! Inspired by the series and those incredible copy abilities, our Copy Ability tee will take you to the stars! 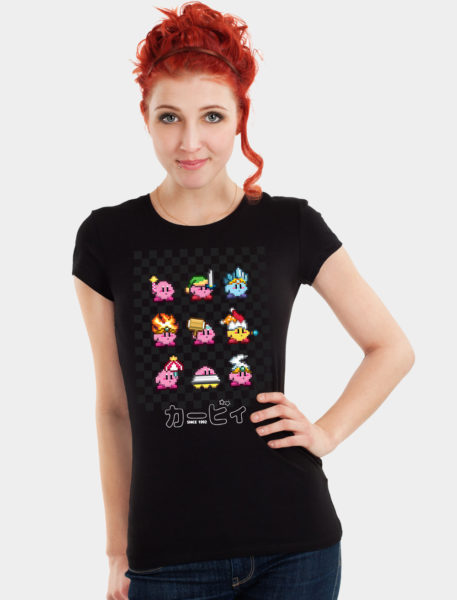