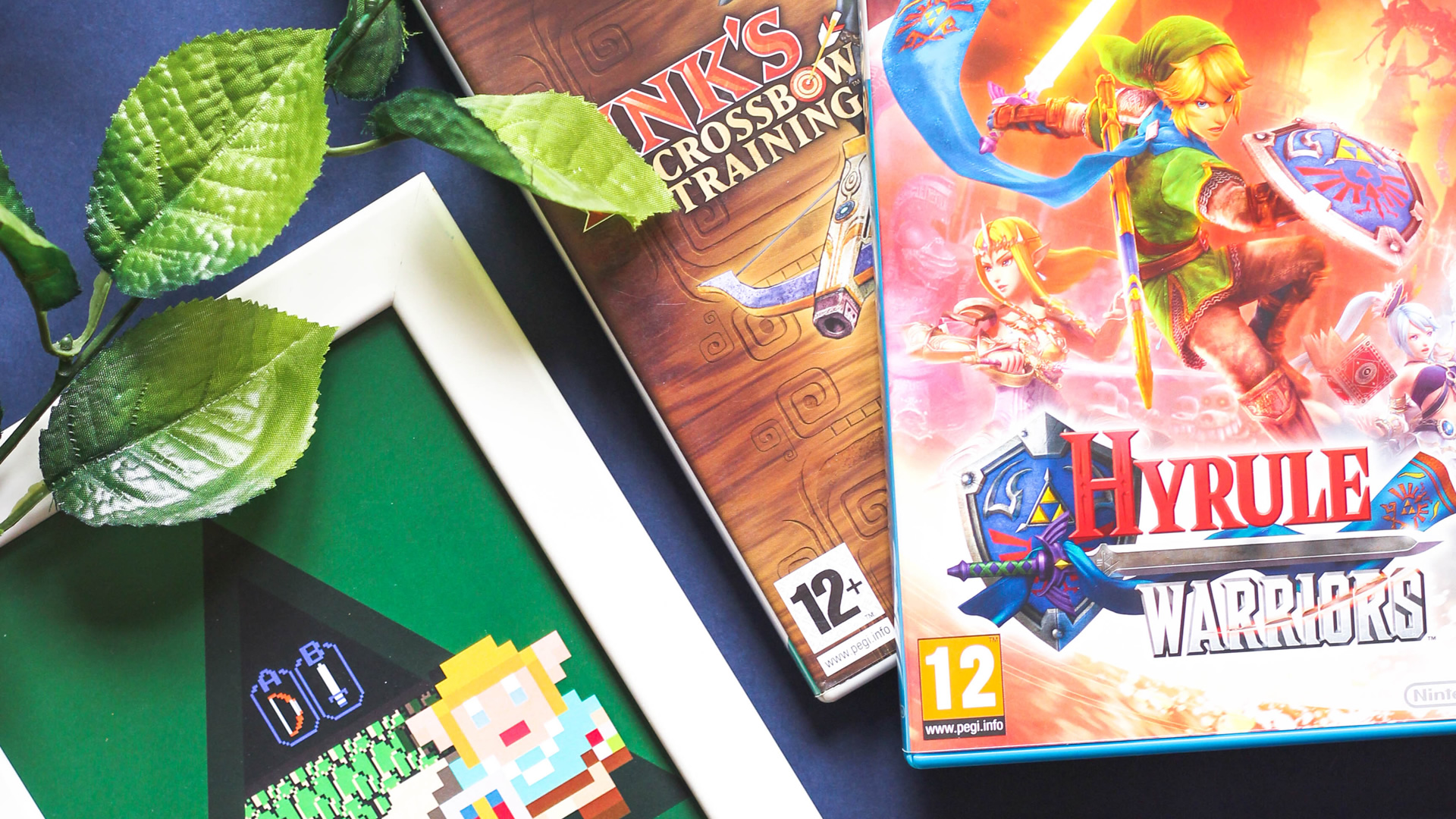 From open-world quests to dream-like islands, time-bending twists to soaring through the clouds – The Legend of Zelda series does not disappoint! Aside from those grand, epic main-series games, there have been all sorts of side stories! We’ve rustled up some of our favourite Zelda spin-off games for you to devour. Why not take on some of these Zelda spin-off games to cement your Hylian fandom?

Love that quirky fairy-loving Hylian? Tingle, the quirky map maker from the Zelda series, had his very own spin-off back in 2006. Freshly Picked Tingle’s Rosy Rupeeland was the first in numerous games featuring the quirky hero as he raids the world for rupees. The aim of Tingle’s quest? Acquire copious amounts of rupees to give in exchange for a ticket to Rupeeland. Yes, Rupeeland. It all sounds bonkers, and it is! Think the humour of WarioWare mixed in with the magical vibes of the Zelda series we all love. Sign us up, Tingle!

We all know The Legend of Zelda as primarily sword & shield driven. Link does use a bow from time to time, but what about a game where the bow is the main weapon? Enter Link’s Crossbow Training – an arcade-style shooter featuring Link, and – you guessed it – his trusty rapid-fire crossbow. The concept dates way back to Ocarina of Time, where Nintendo wanted to create a first-person Zelda – but it was shelved due to Young Link being included! Years later, Link’s Crossbow Training was released alongside the Wii Zapper – with challenging set-pieces set within the vast world of Twilight Princess!

Marvel claims that The Avengers is the biggest cross-over event in recent times. They may well be, wrong. Various generations of Link, Zelda and their heroic buddies bundled together in Hyrule Warriors to save the land from peril. It’s a mammoth hack-and-slash adventures set across the different and familiar worlds. A pure Zelda fan’s dream unfolding in one epic tale! Enter Ruto from Ocarina of Time, Midna from Twilight Princess and many more cameos as the group battle new baddie Cia and her minions!

The Zelda series has always been known for its music. From the triumphant strut across Hyrule to the deep, dank caves that lurk below the surface. For over 30 years, Nintendo has created some iconic tunes! How about mixing these legendary scores with rhythm-based action? Cadence of Hyrule is the latest spin-off, that sees Link and Princess Zelda battle it across the land to the timing of the beat to defeat dungeons! Frantic, quirky and full of easter-eggs, this is definitely one adventure to tap along to!

The best, till last, of course. The source of many memes and random YouTube clips – the trilogy of quirky Zelda games. Link: The Faces of Evil, Zelda: The Wand of Gamelon and Zelda’s Adventure are three licensed games made for The Phillips CD-I console. They certainly sound Hylian in name, but that’s where the Zelda adventures end – the games themselves are simply, odd! 2D side-scrollers with animated cutscenes, closer in tone to PC shovelware than your Ocarina of Times!