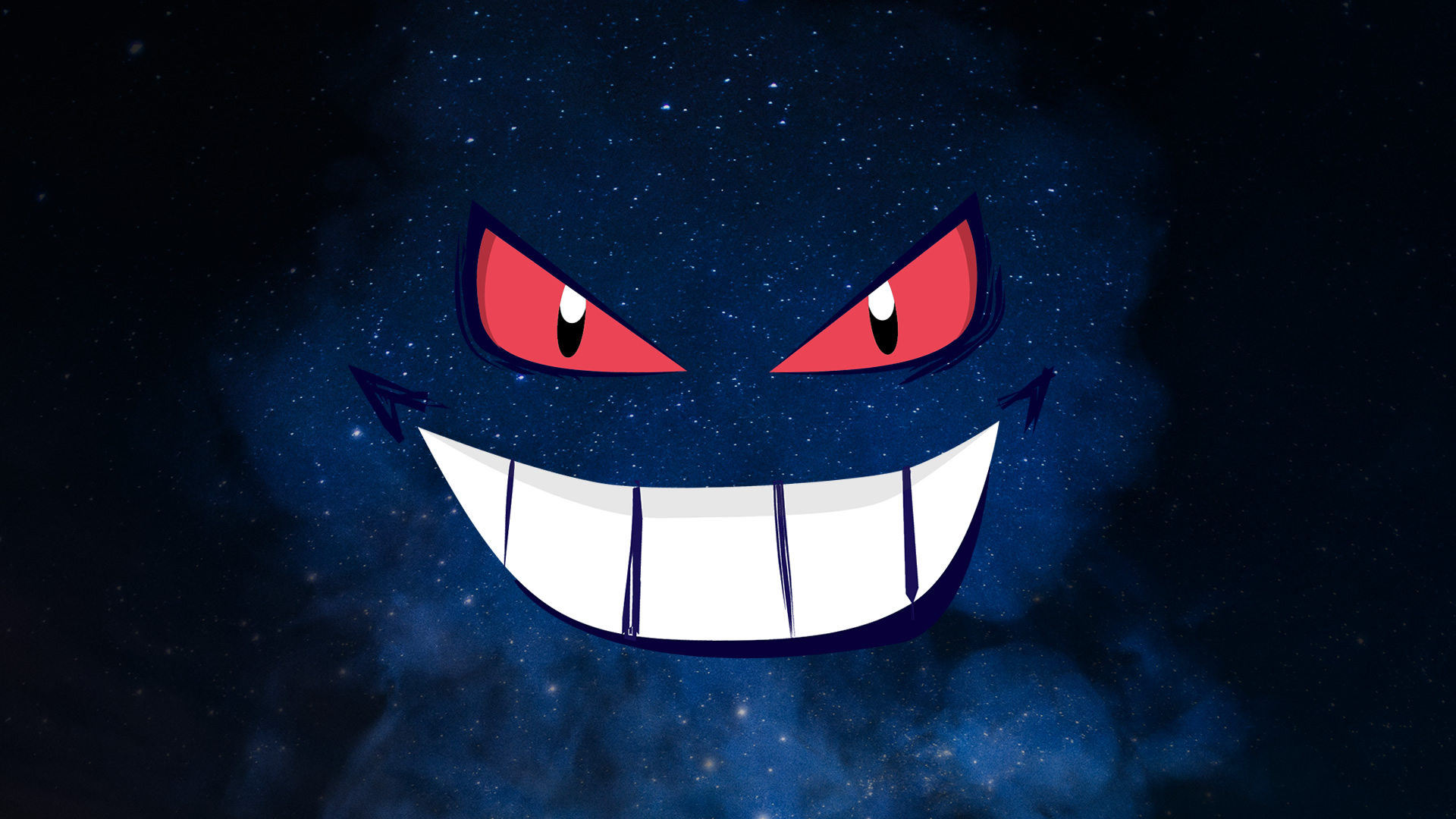 Pokémon is a bright, bubbly world full of cute and powerful critters. Lurking in the shadows, however, are a scary crop of monsters waiting to feast. That’s right, feast, on unsuspecting trainers. We’ve DMed Professor Oak for a handful of slightly unsettling Pokedex entries that are bound to scare…

“Sometimes, on a dark night, your shadow thrown by a streetlight will suddenly and startlingly overtake you. It is actually a GENGAR running past you, pretending to be your shadow.”

Trotting home in the depth of a winter night won’t ever be the same. Imagine, for a minute, if shadows were actually Gengar, curled up in waiting. The orange hum of the florescent lights keep you safe, trainer, but they suddenly start to fizzle… The cheeky ghost just wants friendship, right?

“It happened one morning – a boy with extrasensory powers awoke in bed transformed into KADABRA.”

A most chilling scenario. You’re playing with toys, reading a good book and beat the Elite Four one evening. All seems normal. Alarm set, school uniform all hung up and ready. The next morning something doesn’t quite feel right. Half awake, you stumble into the bathroom for a rude awakening…

“According to old tales, these Pokémon are stumps possessed by the spirits of children who died while lost in the forest.”

Another chilling entry in Pokemon lore. Imagine strolling through the forest with a group of friends; but you suddenly split from the party. Something doesn’t seem quite right. A grove of Phantump circle around; does it mean you’re soon to join them…? 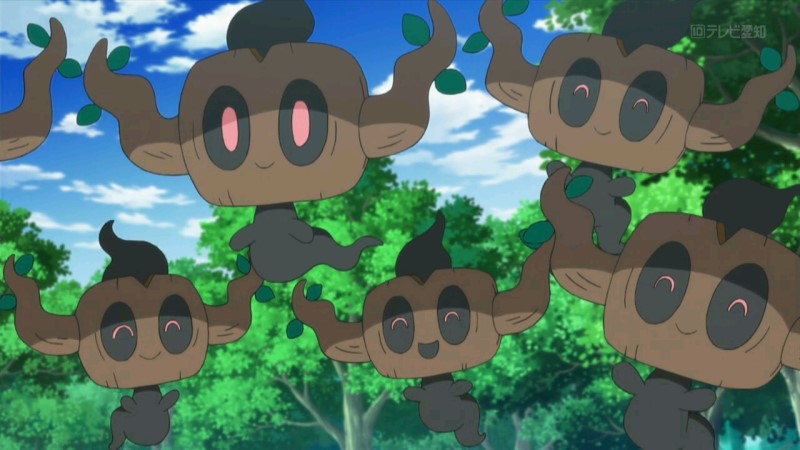 “Each of them carries a mask that used to be its face when it was human. Sometimes they look at it and cry.”

This particular Pokedex entry is quite a disturbing one; where humans can end up turning into this Pokemon. A lost soul forever held in a porcelain mask. Would you rather end up as a mask or end up devoured by a whole horde of spirt-seeking critters? Definitely one scary notion indeed! 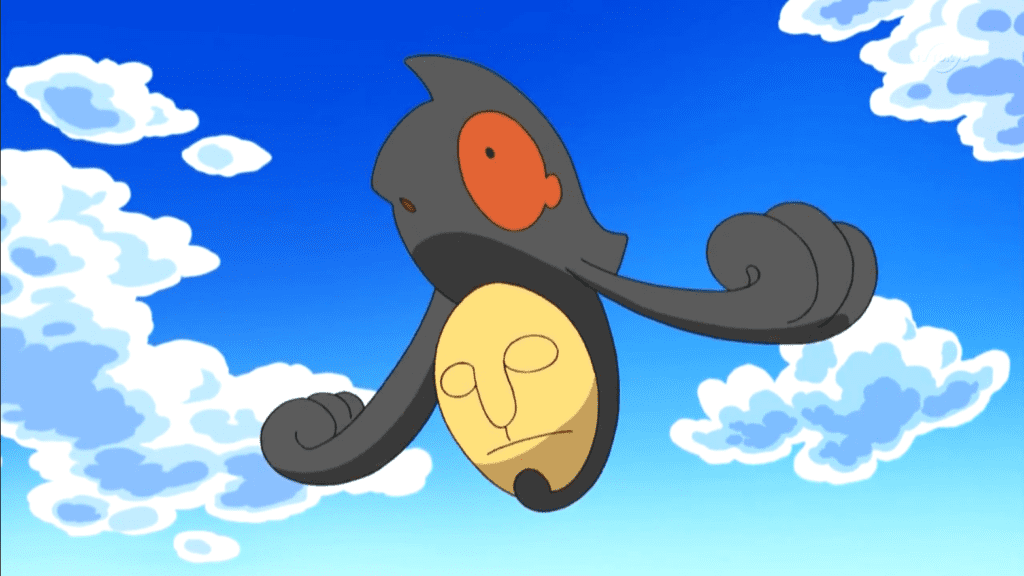 “This ominous Pokémon is feared. Through cities it wanders, searching for the spirits of the fallen.”

A ghost seeking ghosts. A scary thought; as it lurks through the darkest areas of town. If you catch a Lampent, it perhaps isn’t a good sign…

“When it is very hungry, it puts humans it meets to sleep, then it feasts on their dreams.”

Ever had a dream that doesn’t quite make sense? One moment you’re happily sitting back, the warm sun glazing your face as you tuck into a good GameBoy game on the beach. The next, a giant spider rises out of the sea; wanting to nibble on hapless humans. Could it be a Hypno checking into an all-night buffet in Dream Alley?

“An abandoned plush doll became this Pokémon. They are said to live in garbage dumps and wander about in search of the children that threw them away.”

Never, ever, throw away your toys! It sounds like a disturbing scenario from the likes of Toy Story, where the abandoned start to rebel. Imagine that you’ve shoved a previous plush in a bag, left alone in the wilderness. Torn to shreds, it begins to retract its steps and find the child who let it go… 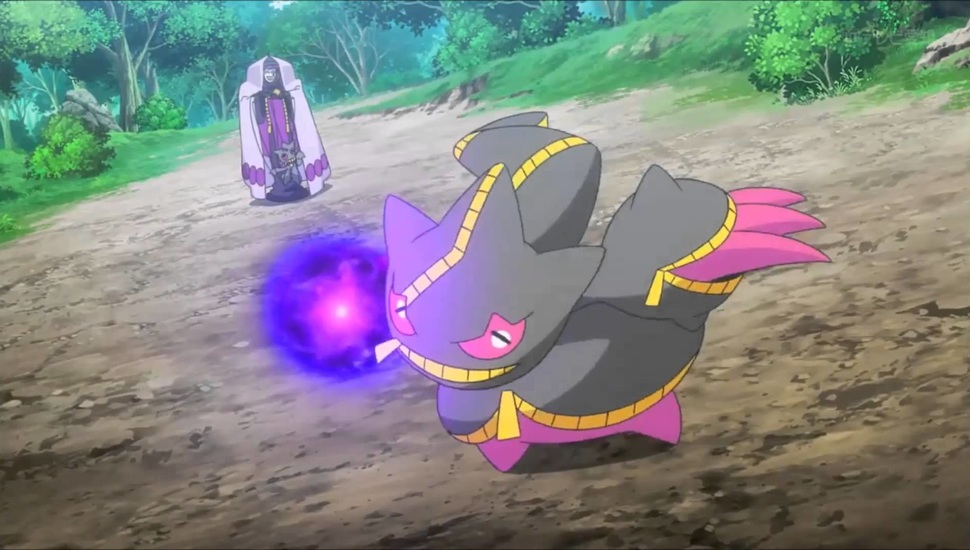 Have you encountered any scary Pokedex entries? Let us know by commenting below!