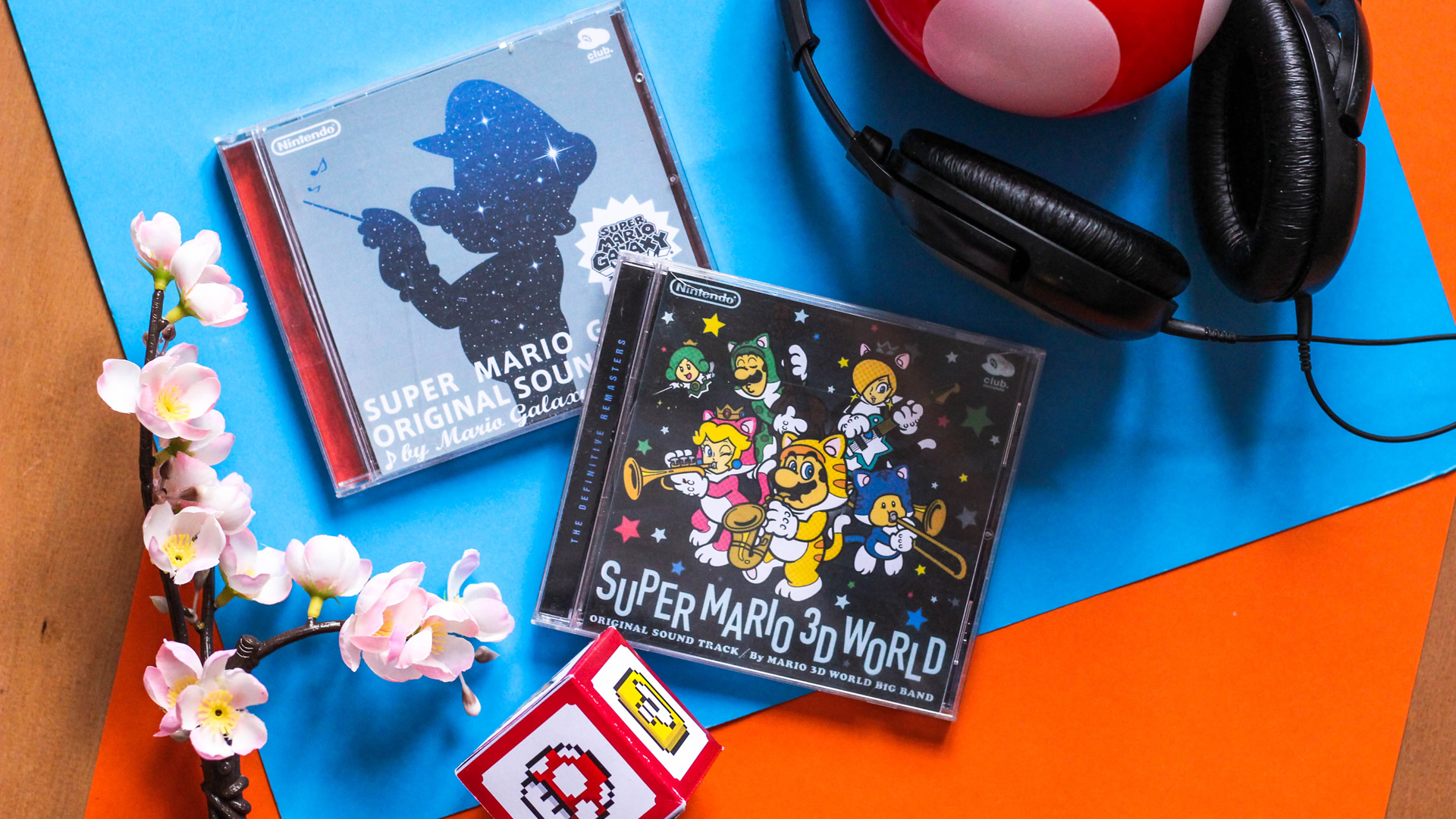 Throwing it right back Mario’s first ever handheld tale, Super Mario Land! The 1989 classic took Mario out of the Mushroom Kingdom to Sarasaland. One of the most impressive parts of the soundtrack was just how much depth there was, and is, to the Game Boy composition. Deep, rich melodies with subtle drums, there’s so much love from composer Hirokazu Tanaka in a small package!

Ever wanted to become the invincible hero? A machine, bathed in a coat of metal? Super Mario 64 introduced one of the coolest power-ups in in Mario game: Metal Mario. The theme is certainly one of the greatest minute-long jingles in gaming. Driving bass and a melody that commands instant action!

You know the feeling. Happily zipping about, nabbing stars and filling your plumber boots with coins. Exciting adventures in a polygonal world! The clouds dip into darkness, swirls form and drums start pounding from nowhere. It’s time to meet the fiery beast, Bowser himself. Emerging from the shadows to this iconic Nintendo 64 tune, it’s a hard one to resist! A true Koji Kondo gem and one of the top 10 Mario songs, ever.

Part of his quest to save Princess Peach in Super Mario Odyssey sees Mario take a detour into the lush Steam Gardens! This background song is definitely one of our top 10 Mario songs. Strange wildlife, overgrowth and quirky robots are the set-piece for this little level. Despite this, Mario cuts through the weeds in style with a slick ’70s inspired guitar, relentless drums and smooth organ riffs.

What would happen if The Legend of Zelda met Super Mario Bros.? The Water Land theme in Super Mario Bros 3. draws musical flow from the Zelda series in this delightfully serene melody. A chirpy lead invites you into plodding along as Mario tries to evade some notoriously challenging squid!

The green pipe approaches but what lurks below? Mario has always been known for creepy caverns and mysterious caves. Ever since the very first Super Mario Bros. game, we’ve ventured below the surface! Most games use a variation of the classic motif, but Super Mario World conjured up something different; a rousing tribal beat, subtle, yet memorable.

The road to Bowser, the final boss, the final challenge. Debuting in Super Mario 64, the Bowser stage theme is truly iconic. A tune that many fans consider part of their overall top 10 Mario songs! Marching drums, sitars and an epic, rousing melody is such a driving force for the game’s climax! A tricky version to pick, but the Super Mario Galaxy 2 remix takes it that bit further with a soaring chorus section. Truly, magnificent!

Eerie, alluring and mystical, there’s something incredible about the Shift Boo Mansion theme. Unlike any of the past Boo House songs, the Super Mario 3D World version is less subtle and far more grandoise. Bold, swooping violins lure you in through the front doors with cosmic plodding, growing to a stunning chorus. A truly wonderful track and one of the top 10 Mario songs in recent adventures.

If you think of classic Mario Bros. songs, one surely must come to mind. The definitive moment of chip-tune elation: the overworld jingle from Super Mario Bros. 2. Stitched together with a retro shuffle and catchy melody; it remains one of the top 10 Mario songs from the plumber’s NES debut.

You’re soaring through space, collecting star particles and racing to the finish. Against the odds you slip through electric fences and defy gravity. The Battlerock Galaxy is packed full of those moments. Mario, the galaxy tripping cowboy steams ahead at full power, leaping to the final boss in style!

What are your top 10 Mario songs? Let us know with a comment!