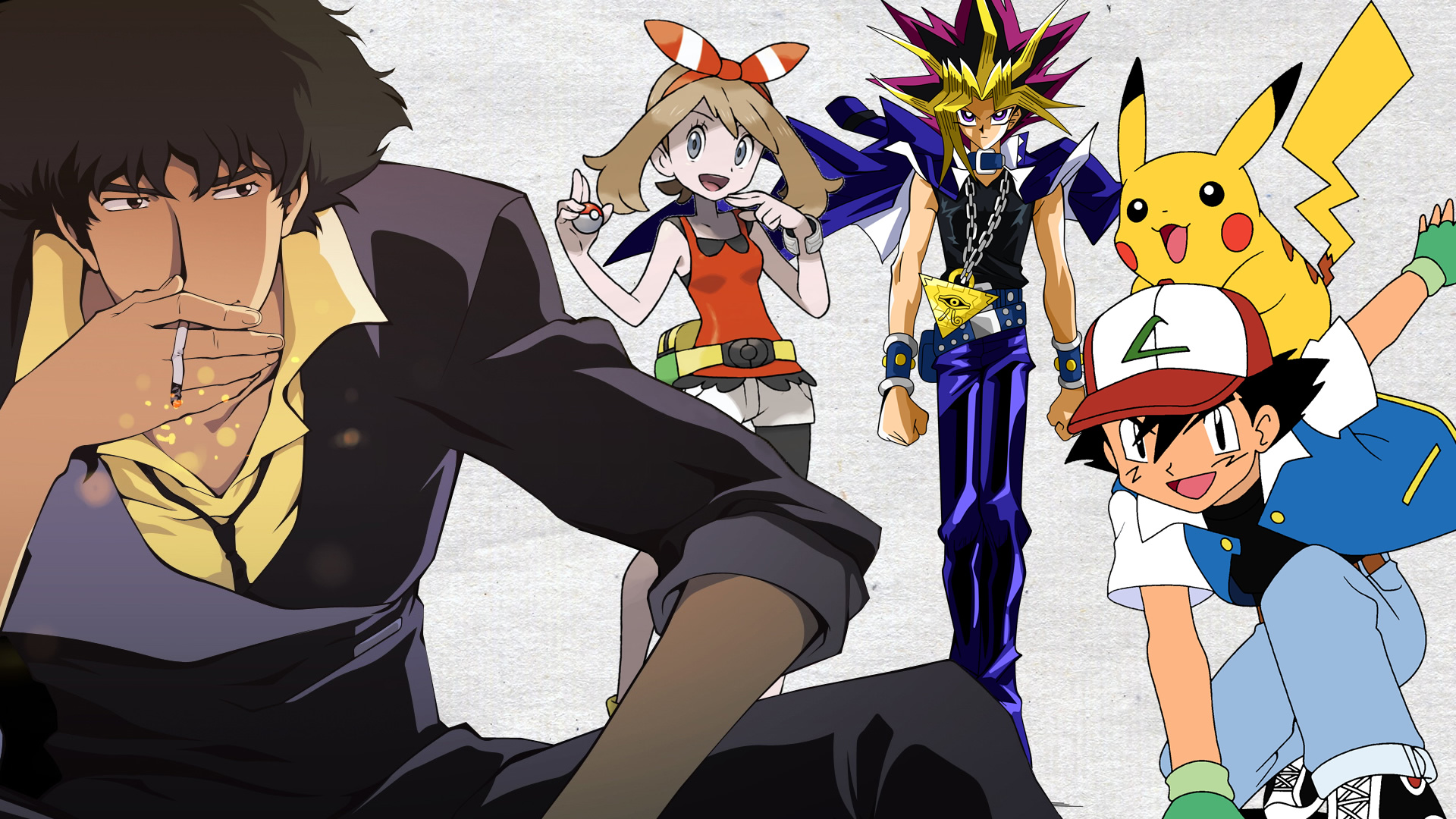 Anime has truly taken the world by storm, with hundreds of animated stories sprouting up and many classics still holding up today. We’ve picked 6 top anime shows on Netflix you can watch today! So sit back, book out a Sunday afternoon and it’s time for a little anime binge-watching!

So, here are our 6 top anime shows on Netflix (UK):

We couldn’t start an animé selection without the inclusion of the long running Pokémon show; one of the most popular series out there. For many folk, especially 90 kids, Pokémon was one of the very first steps into the world of anime. The debut series, (some episodes aren’t available), is still available to watch on Netflix today. So tuck into 52 episodes of classic Ash, Misty, Brock and Pikachu as the foursome head out for adventure. Most episodes are isolated stories, so we certainly recommend the Indigo League for a quick Pokemon bite!

Much like Pokémon, Cowboy Bebop was one of the very first anime shows that captivated Western audiences in the early 2000s. The show was a perfect launch title for Cartoon Network’s late-night slot, Adult Swim. The show follows the story of a pair of bounty hunters who pilot a space-ship Bebop, an exiled hitman Spike and his partner Jet. Throughout the series the duo and their team are involved in many mishaps, and also revisit their troubled past. Cowboy Bebop is a mix of action with a sprinkling of comedy, and despite having just 26 episodes, has been a fan favourite for years. We highly recommend giving it a watch!

Yu-Gi-Oh is perfect for fans of intense monster battles. If you enjoy a more intense, action driven tone, then Dual Monsters is well worth watching. An adaptation of the manga, the series was designed to tie into the real life Yu-GI-Oh! Trading Card Game. It all revolves around the tale of a young lad called Yugi Muto, who is inadvertently consumed by an accident Egyptian spirit. To make things that bit worse, Pegasus, the creator of Duel Monsters decides to kidnap of the soul of Yugi’s grandfather. Maybe Yugi should have just gone to school, instead. So, with his friends, Yugi enters the Duelist Kingdom tournament to save his grandfather. Two of the show’s series are available on Netflix.

Attack on Titan is not for the faint of heart. This particular show is one of the more recent in this list, and one of the most popular to date. The show revolves around the fall of humanity; as giants appear one day and gobble up folk like a Chinese buffet. These giants, Titans, eat humans on sight. Zero remorse. It’s quite the unsettling show, yet through the protagonists – Eren, Mikasa and Armin – draws you into the story. It’s been devised in such a way that there perhaps isn’t something so random about these Titan attacks; why are they here? Can humanity survive the onslaught? There’s only one way to find out!

Watch Attack on Titan on Netflix

We love a good detective series, and Detective Conan is one of the longest running shows – with over 850 produced! Case Closed, as it’s known outside Japan, follows the tale of a high school detective who ends up taking a poison whilst investigating a crime syndicate. The effect? He ends up becoming a child. Despite this, he adopts a new name and helps a bumbling private detective, Koguro, solve cases. The show has had a mixed reception from Western audiences, though, with only a small number localised. Fortunately, the first 52 episodes can be seen on Netflix – only a chunk of the entire show so far, but worth tucking into for some light-hearted detective drama! Storylines are fairly short, so make for a good show to tuck into in smaller chunks.

The newest show on the list is Little Witch Academia, a charming production that began life as an animated short. Inspired, presumably, by Harry Potter and The Worst Witch, this particular story follows a young girl’s journey to learn magic. Lead character Akko is the traditional protagonist – optimistic and a bit of a live wire, but we see her give it her all. With help from Kickstarter, a second short film was produced, with a full series that started airing this year. We definitely recommend watching the two short films on Netflix, it’s sweet and well animated!

Which of these anime series have you watched? What are your favourites on Netflix? Let us know in the comments below!