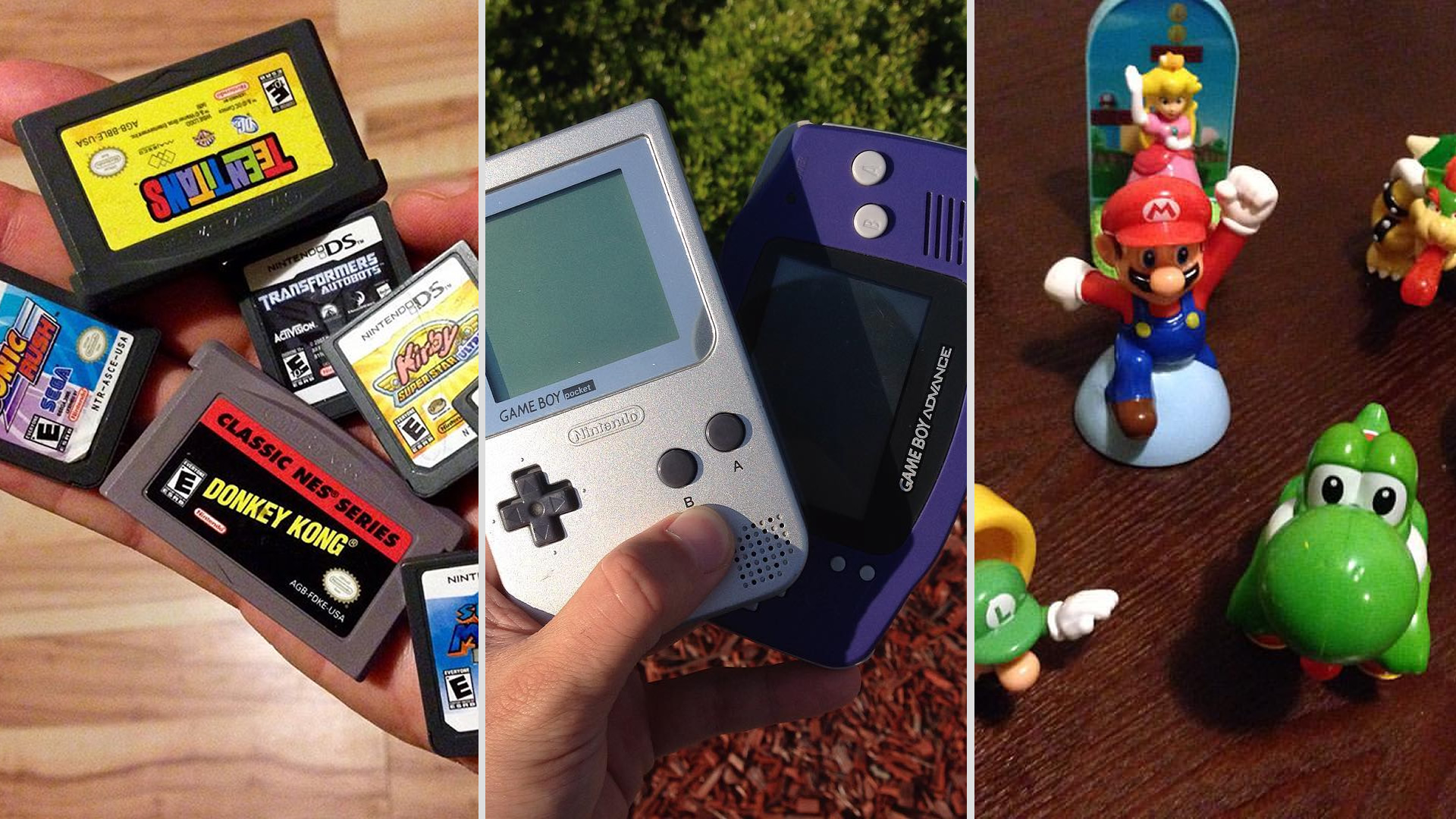 One of the best types of page to follow on Instagram has to be game collectors. Folk with a massive passion for finding the rarest gaming gems and iconic classics! We first stumbled upon @thenintendoworld and loved Dan’s focus on all things Nintendo. The retro memories come flooding back, and there’s something new to discover in his hauls too!

We caught up with Dan on how he started his collection, tips for collectors and the new The Retro World channel.

1) Hi Dan, tell us a little about yourself your game collection!

Yo dudes! My name is Dan and I’ve been a huge Nintendo fan my whole life. Soon after, I started to love other gaming consoles as well – such as Sega and PlayStation! A couple years ago, I decided I wanted to pickup a Super Nintendo and a few games I’ve always loved (Super Mario World, Donkey Kong Country, and Super Mario RPG). I picked up the SNES soon after and started picking up other consoles. About 10 consoles later… I am addicted, and LOVE IT! Haha. 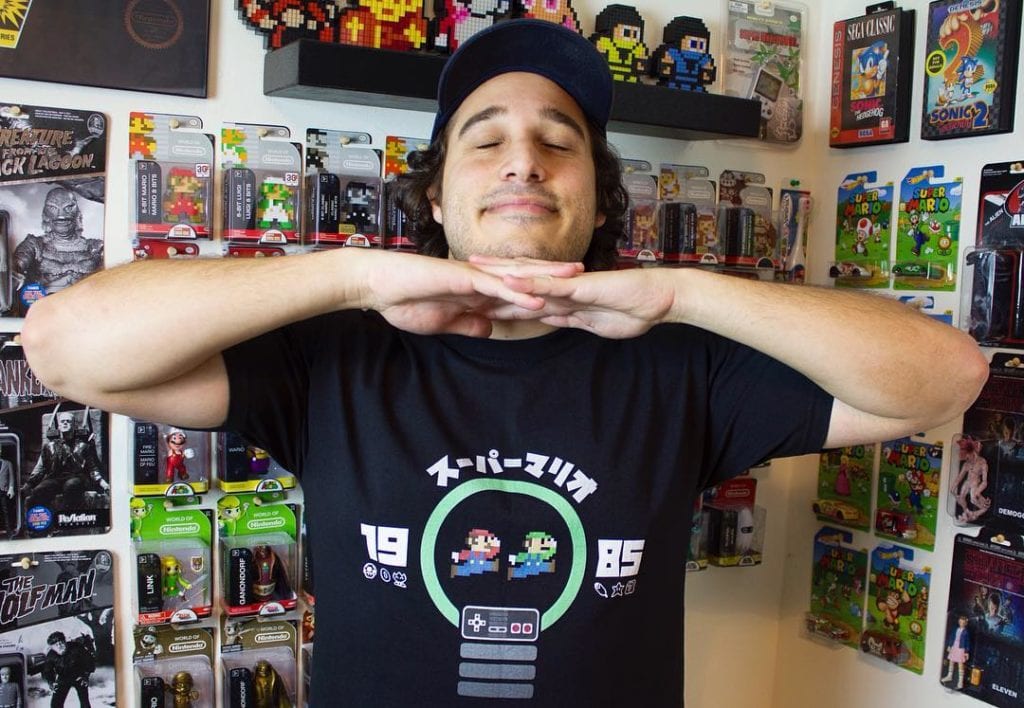 2) What would you say makes Nintendo games just so great to play and collect?

The nostalgia hits home, but the games and consoles have always been great. I love that Nintendo is always pushing the boundaries for entertainment as well. Whether it’s a new controller idea or a brand new console altogether! They are always taking huge risks despite what other companies are doing. I think they will always continue to be relevant.

3) What made you start collecting gaming merch?

It just kind of happened little by little after picking up the SNES. I soon found a deal on two Game Boy and a bunch of games shortly after that! A huge factor has been going to thrift stores and yardsales, which I’ve always loved doing. I’m actually about to go check some out today! 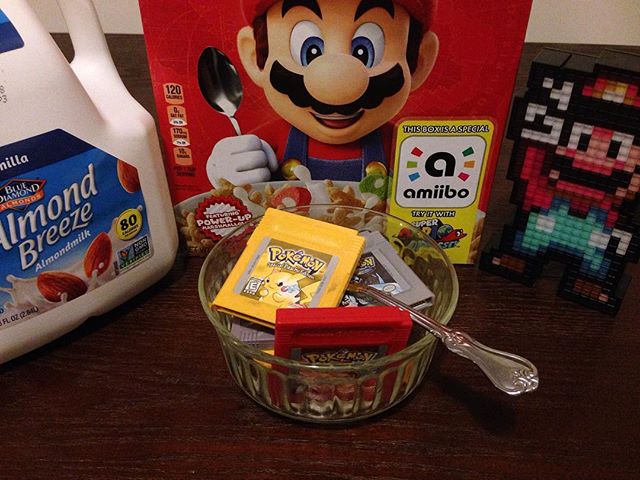 4) What’s your earliest memory of gaming?

Mario Bros. for NES! There is a picture somewhere of me when I was a baby playing Mario. I need to find it. It’s so awesome!

5) We first spotted your work through your brilliant, boxed figures and amiibo! What would you say is your most prized boxed piece?

Hmmm, that’s a tough question! As far as boxed figures go, I have a Trophy Series Ganon that’s pretty cool! Other than that, I have a few of the limited edition 1 / 3000 open box World of Nintendo figures as well now! 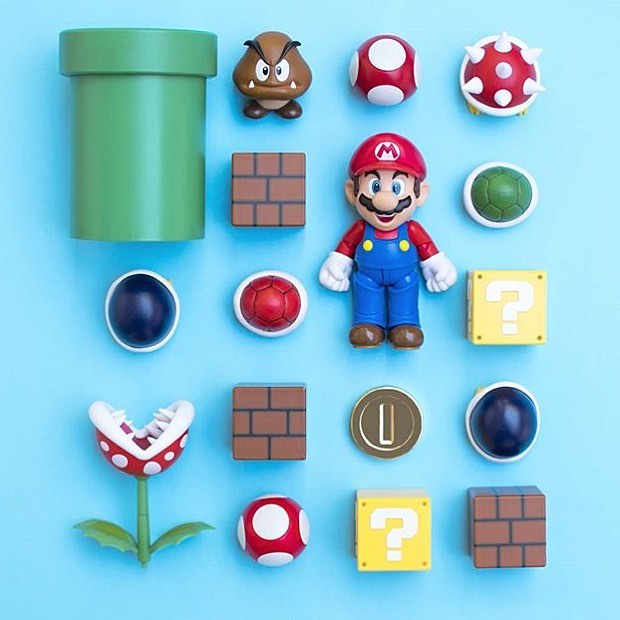 6) What’s been the game/figure or console that you just can’t find?

I haven’t been able to find a Dreamcast lot for a good deal. I see them time to time but don’t collect like a lot of people. I’m never in a rush to pick something up….except for maybe a new Switch game…haha. I usually wait until I see a crazy deal and then swoop in! I recently scooped up a Sega Saturn for $5 so just like to chill and wait until it happens!

7) What tips would you have for someone starting their own collection?

Post on Facebook. You would be surprised how many of your friends want to get rid of their games. Go to yardsales too! I’ve been extremely lucky and have found a good bit of my collection through that! Try not to spend all your money on everything, though, and enjoy the hunt! I think the best part of collecting is that it’s ongoing. If I had everything I wanted already then it wouldn’t be as fun getting to go out and look around. 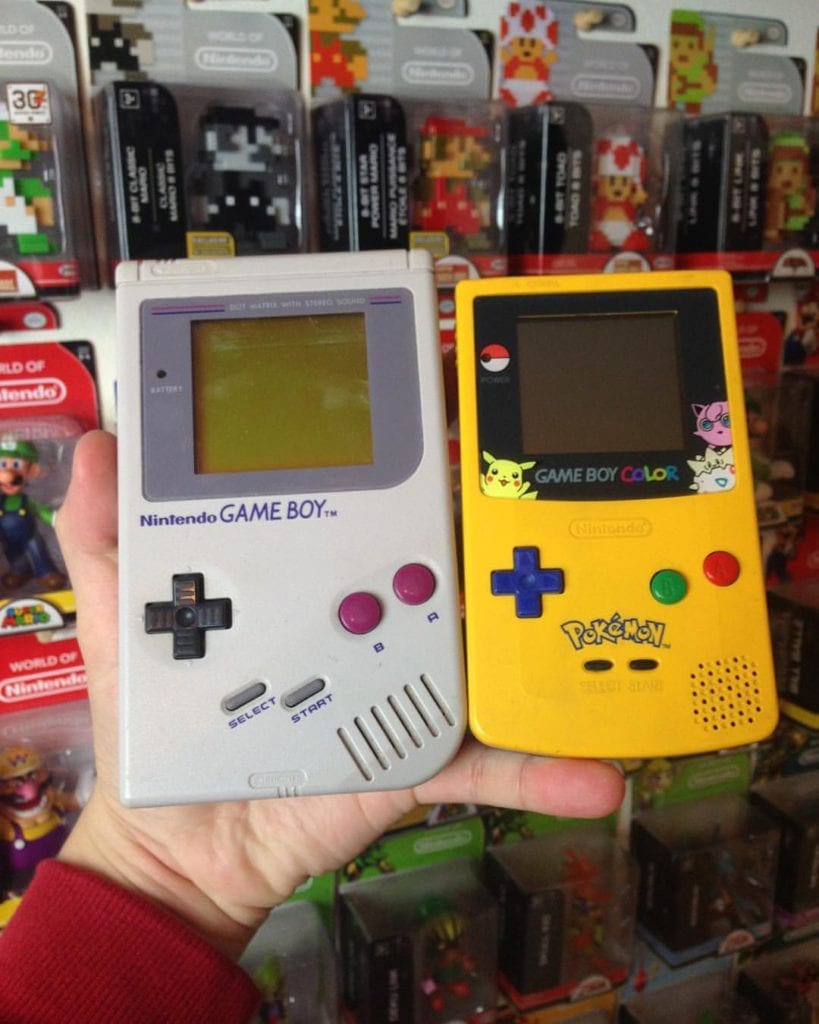 8) We’ve been loving your retro content and hauls on your Retro World gaming channel! So how did the channel come about?

Oh man! I kept coming across all this stuff and then started watching a lot of channels that were doing similar stuff and thought why not starting my own! I didn’t expect it to grow into what it’s becoming, to be honest, but I love it. My first video just hit 12 thousand views which is insane! A few of my current favorites would be my game room tour 2017, World of Nintendo Collection, and my recent Pixel Pal giveaway video. I really like throwing goofy skits into my videos when I can and the giveaway was really good. A lot of people entered so I plan to do them more often in the near future!

9) What are your plans for the future of Retro World?

I just got shirts and stickers ordered first and foremost! Besides that I want to release one video every week! That’s pretty much it! Just have fun with it!

10) What’s hot in your gaming playlist at the moment?

Right now this incredibly difficult game called TINY BARBARIAN and I have to put it in capital letters because I’m actually yelling the name out. This freaking game is so hard and I didn’t expect it to be at all. If you’re looking for a game that’ll make you want to throw your Switch, then this is the game for you! But seriously, it’s a fun little game from the company Nicalis (Cave Story). It’s honestly a great platformer. I would suggest it for anybody who wants to practice and get better at playing these type of games. Besides that, I’m playing I Am Setsuna for the Switch as well. An awesome imported RPG game, would suggest checking it out! 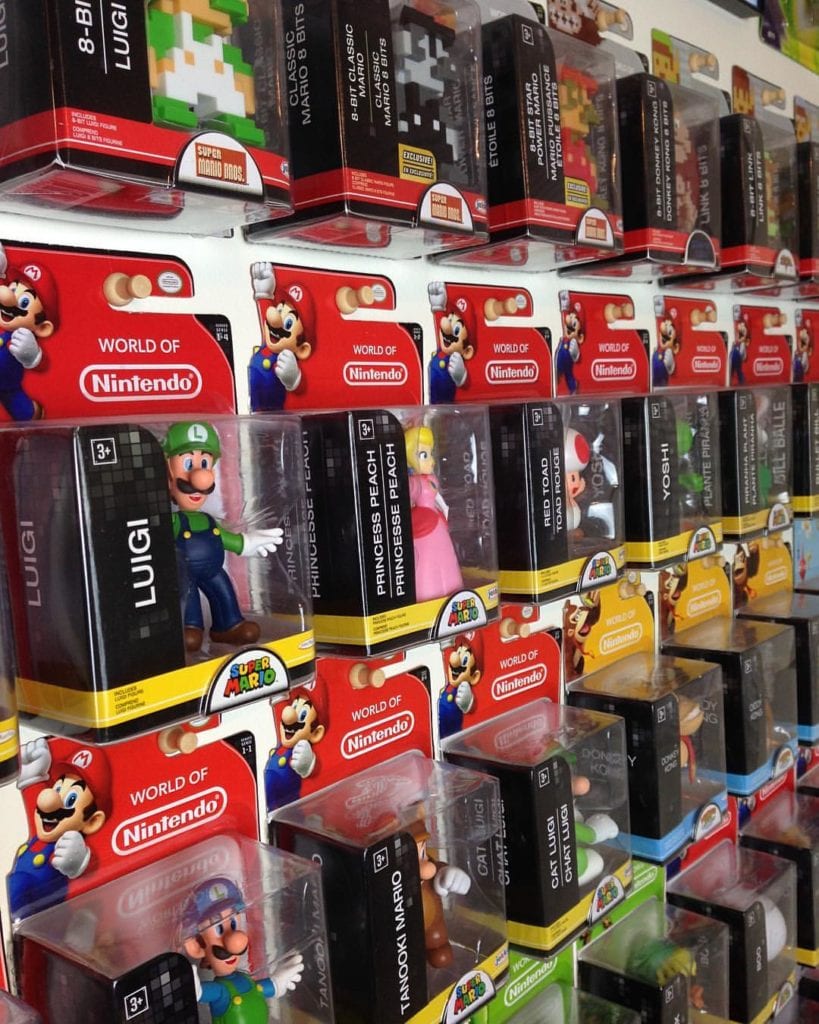 11) There are lots of amaizng games lined up for 2018! What are you eager to get your hands on?

Fe looks incredible! That and the new Yoshi game have me the most excited right now! Lost Sphere, an awesome RPG, looks great too! I think it’s cool they are bringing over some of the Wii U games as well. Who am I kidding? They aren’t bringing some…it looks like ALL! Haha! It’s cool though because a lot of people never got to play the Wii U plus the portability of the Switch makes any game even better than before!

12) Where can Nintendo fans find your work?

Shameless plug for my raps as well – I release a new song about once a month and it’s all free to listen on Soundcloud! 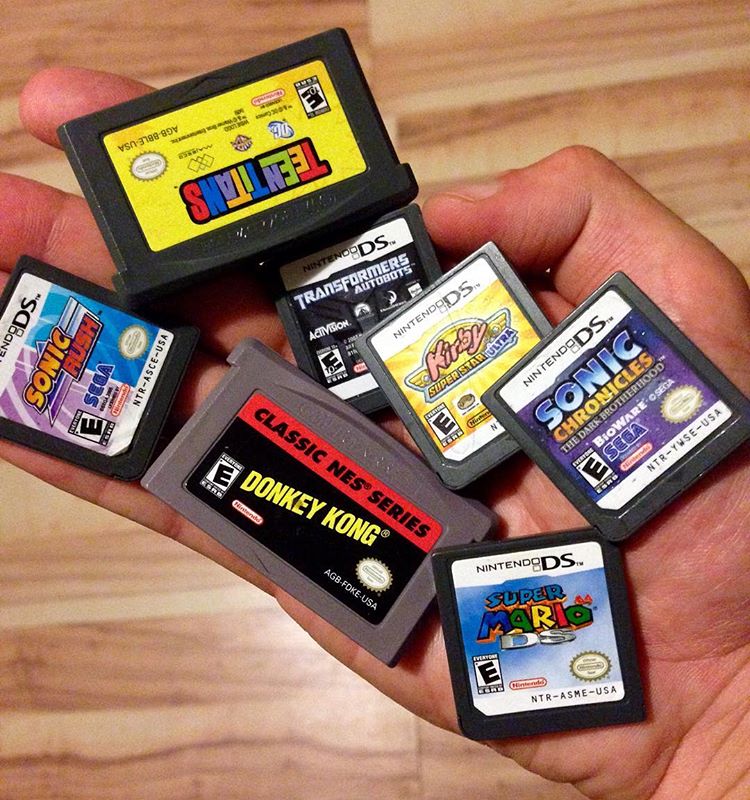