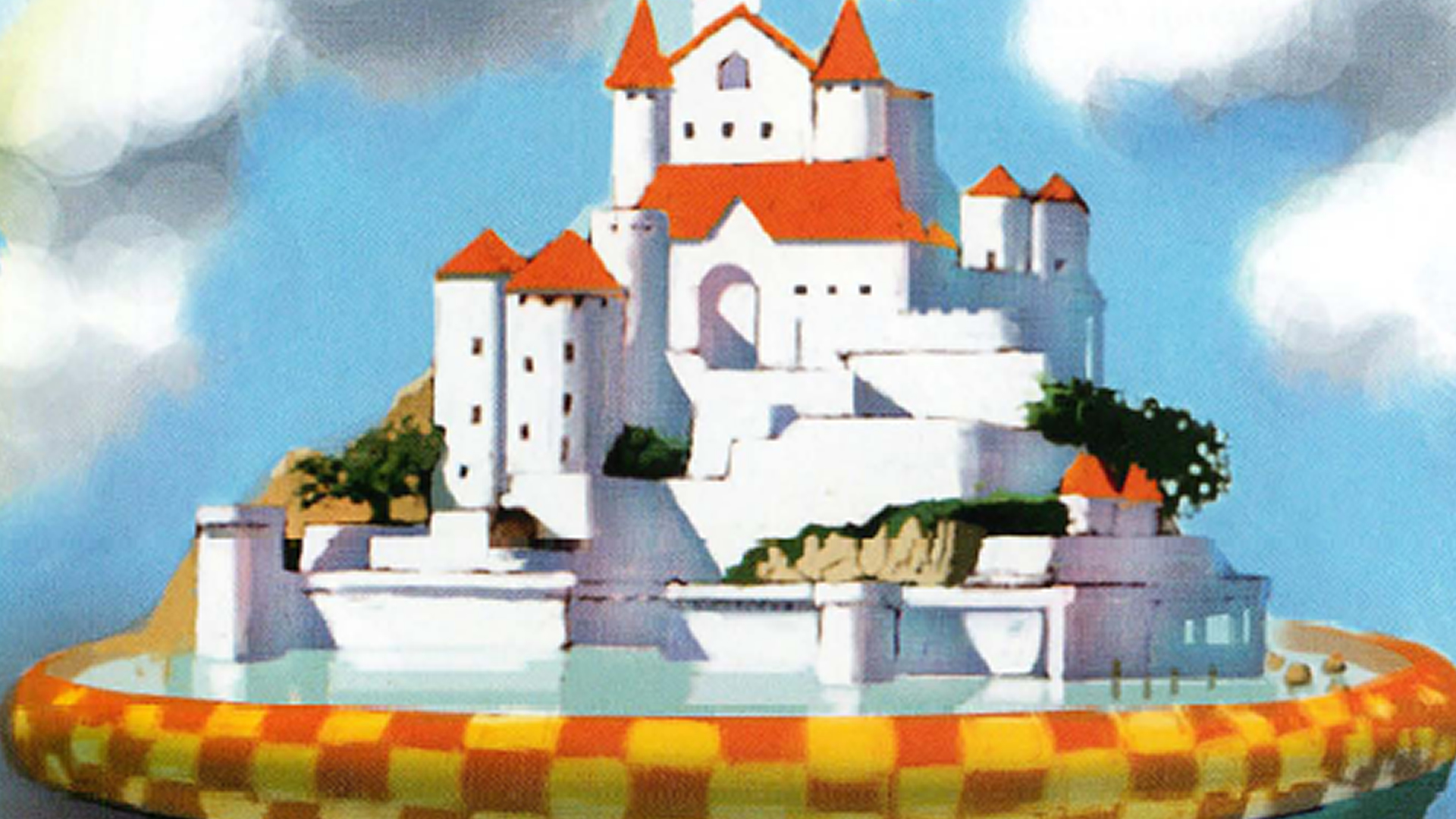 Super Mario Odyssey will be turning five. Yes, five years old today. The ground-breaking Nintendo Switch game brought Mario to gorgeous HD worlds and re-introduced that more explorative concept. But what’s next for the plumber? What could the ol’ House of Mario be brewing up behind closed doors in Tokyo? Super Mario Galaxy 3 on Switch would be the perfect adventure for the plumber to embark on.

Let’s look at what makes the Galaxy series so good, and why we really need a sequel? 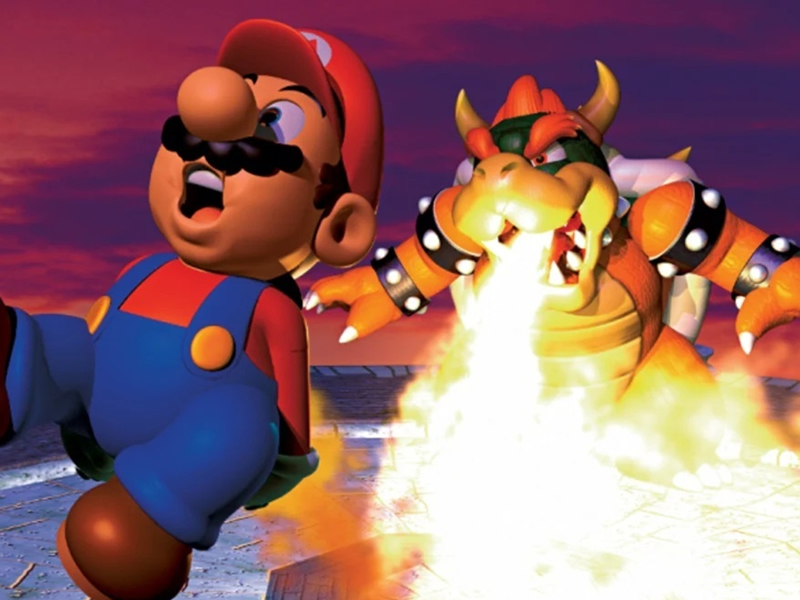 The innovation of 3D Mario Games

There’s always something special about 3D Mario games, each one tries to do something different in design, themes, and visual direction. We had Mario’s first foray into the world of polygons and platforming in the iconic Super Mario 64. This experimental gem pioneered so many ideas for 3D third person games; camera, perspective, and control. For its time, it was a revolutionary experience for gamers used to simply running from left to right. 3D gaming was on the rise, and whilst Nintendo wasn’t the first, they were one of the best to refine being able to run, jump and punch inside a gorgeous 3D sandbox.

Exploring these stages for the first time was an incredible feeling: breath-taking, mesmerising, and unique. My 10-year-old self was in awe. I didn’t want to put down the controller! A feeling I didn’t quite think I’d experience again in my gaming journey. Could something like Super Mario Galaxy 3 for Switch bring back that same feel? 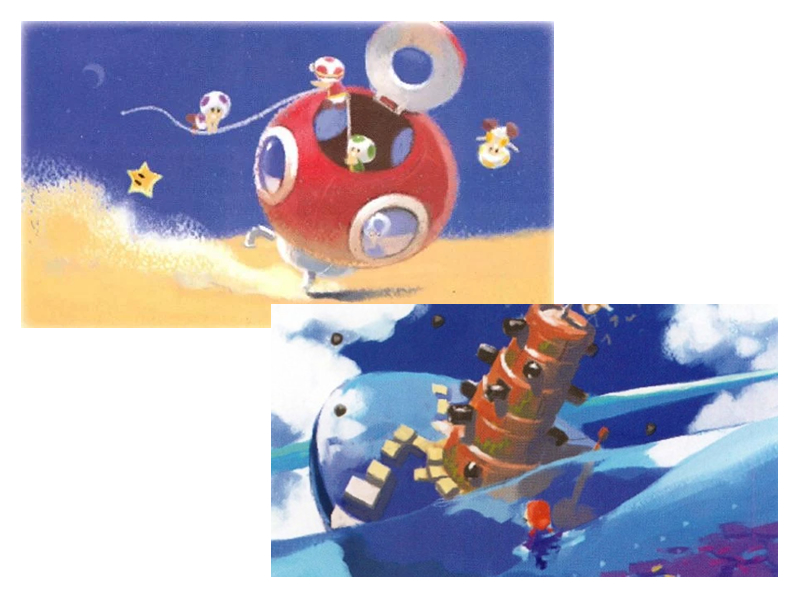 One moment that truly shines in the Mario universe must be that opening world in Super Mario Galaxy. The Wii game gave me that same feeling that I had with Super Mario 64. That sense of boundless scale, adventure, and something truly unique. You could literally run around a small asteroid in space and feel in full control. A truly ground-breaking platformer that brought back the plumber’s skills, but literally blasted it off into the deepest regions of space. 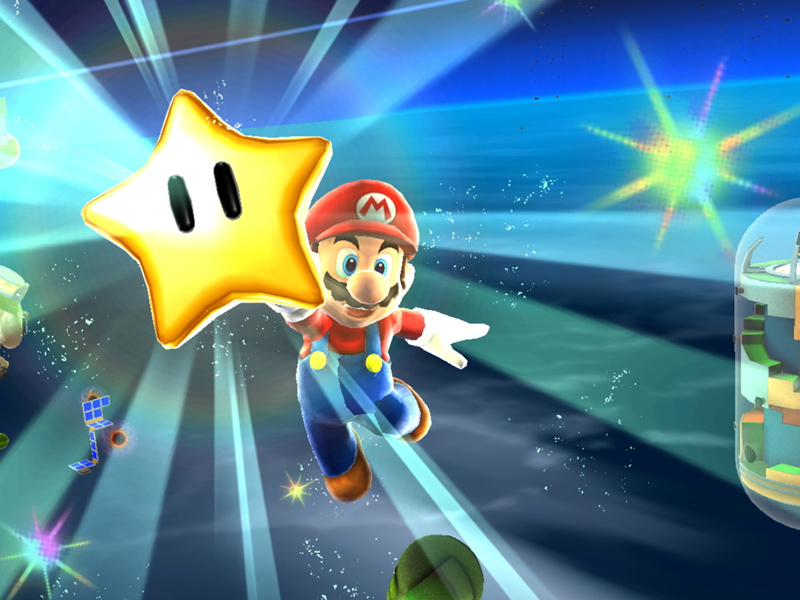 Again, Nintendo weren’t the first to explore the space exploration concept as others had tinkered with the idea – SEGA with the cancelled Sonic Extreme and even in stages in Sonic Adventure 2 back on the Dreamcast, but The House of Mario brewed up and perfected the formula.

But what makes Super Mario Galaxy a good game, though? The opening “Good Egg Galaxy” is a perfect example of this. It’s not a small tutorial stage, but an instant helping of just what the game is all about. You find yourself running upside down and defying gravity in about thirty seconds, being propelled to other smaller floating stages through space itself. It’s majestic and done in such a Nintendo way – that grand feeling without losing that cheerful charm that we know Mario for.

Throw in the gorgeous, orchestrated soundtrack and it’s the perfect recipe for an incredible Mario adventure. When Nintendo announced that a full orchestra would be blasting out soaring compositions, it seemed like an odd fit. The chirpy, noodly (if that’s even a world) beats of the Mushroom Kingdom, with strings and piano? As soon as you hear it, though, it grips you and just fits so well into the setting. Imagine how good it would be with a Super Mario Galaxy 3 on Switch? 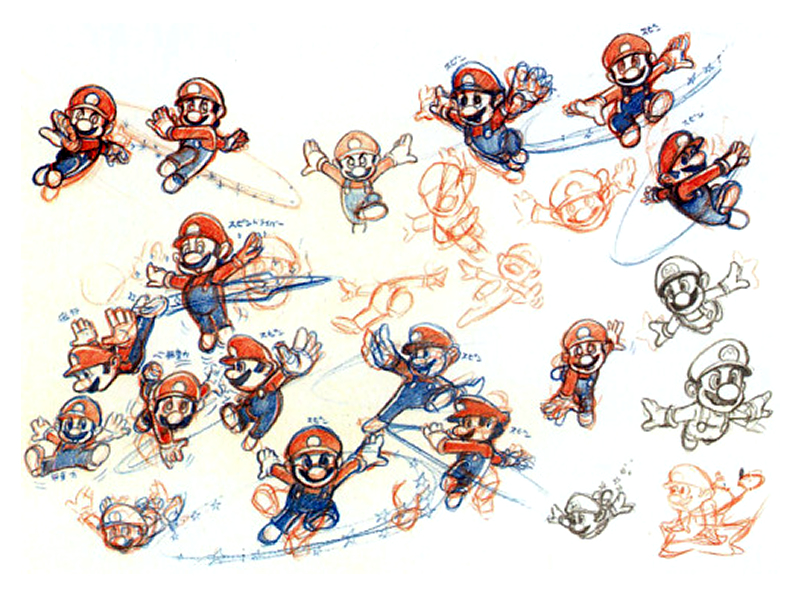 But what I think really sells it to me is the more linear formula – the worlds are big, but self-contained – there’s a clear path to the star, a clear objective. Some may prefer the more open sandbox like 64 or Odyssey, but for me where Galaxy and games like Mario 3D World excel is that more linear approach.

Why we need a Super Mario Galaxy 3 on Switch

So, what next for Mario? Getting to the heart of this love for the Galaxy games – we need a new chapter in this space series. Nintendo are known for not recycling formulas too much, except when it comes to the *ahem* New Super Mario Bros. series. With that in mind, could we ever end up with a Super Mario Galaxy 3 on Switch?

I hope so. With the added visual and processing power on the Switch, Nintendo could revisit these concepts and perhaps blend elements from more recent games. Super Mario Odyssey is a stunning game, but imagine it set in the outer regions of space? 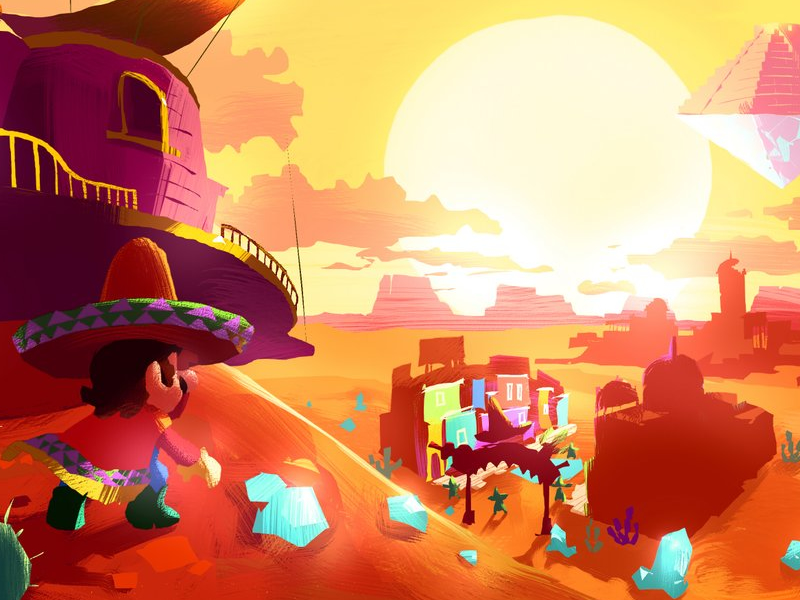 Nintendo could allow us to explore these planets but in a co-op setting, maybe even four players for absolute Mario mayhem – a little like Super Mario 3D World but set in space. Nintendo could use this to have additional characters like 3D World – it was a dream to play as the bumbling Luigi in the original Galaxy games, so having Princess Peach and perhaps a little toad could really mix up the formula and keep things fresh. Each having their own routes and set of Stars would make for a huge game that could have the potential to last a long time.

With a Super Mario Galaxy 3 on Switch sequel, it could end up feeling a little dated. Done and dusted, so to speak. How Nintendo could mix things up could come in having Mario visit some of these planets at ground level. 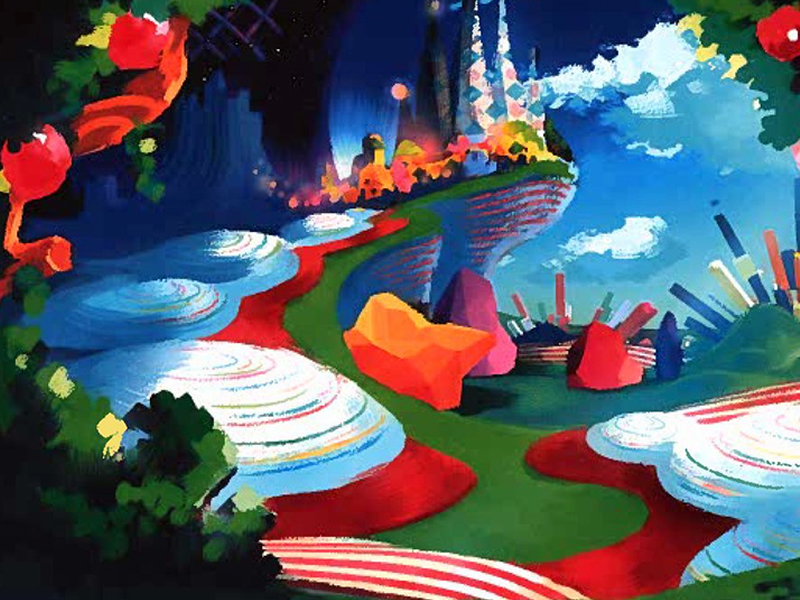 Sure, having the plumber run about small planets upside down would be a good Wii throwback, but the opportunity could really come with going all out with the civilizations that live on these worlds. Nintendo could take some cues from Odyssey in design, but perhaps even borrowing from franchises like Kirby or even Metroid. A slightly darker tale that sees Mario trying to save these planets and worlds from a baddie lurking in the shadows…

Maybe more man-made structures like space-stations and settlements could set the game apart. Of course, Nintendo should still maintain that Mario charm and unique style, but there is some opportunity to draw from sci-fi shows, books, and movies to take Mario to a very different place for Super Mario Galaxy 3 on Switch.

Love a little bit of Mario? Dreaming of a little Super Mario Galaxy 3 on Switch? You’ll love our Mushroom Kingdom collection of tees and prints, celebrating the plumber’s epic adventures. Mario tees? We’ve got you! 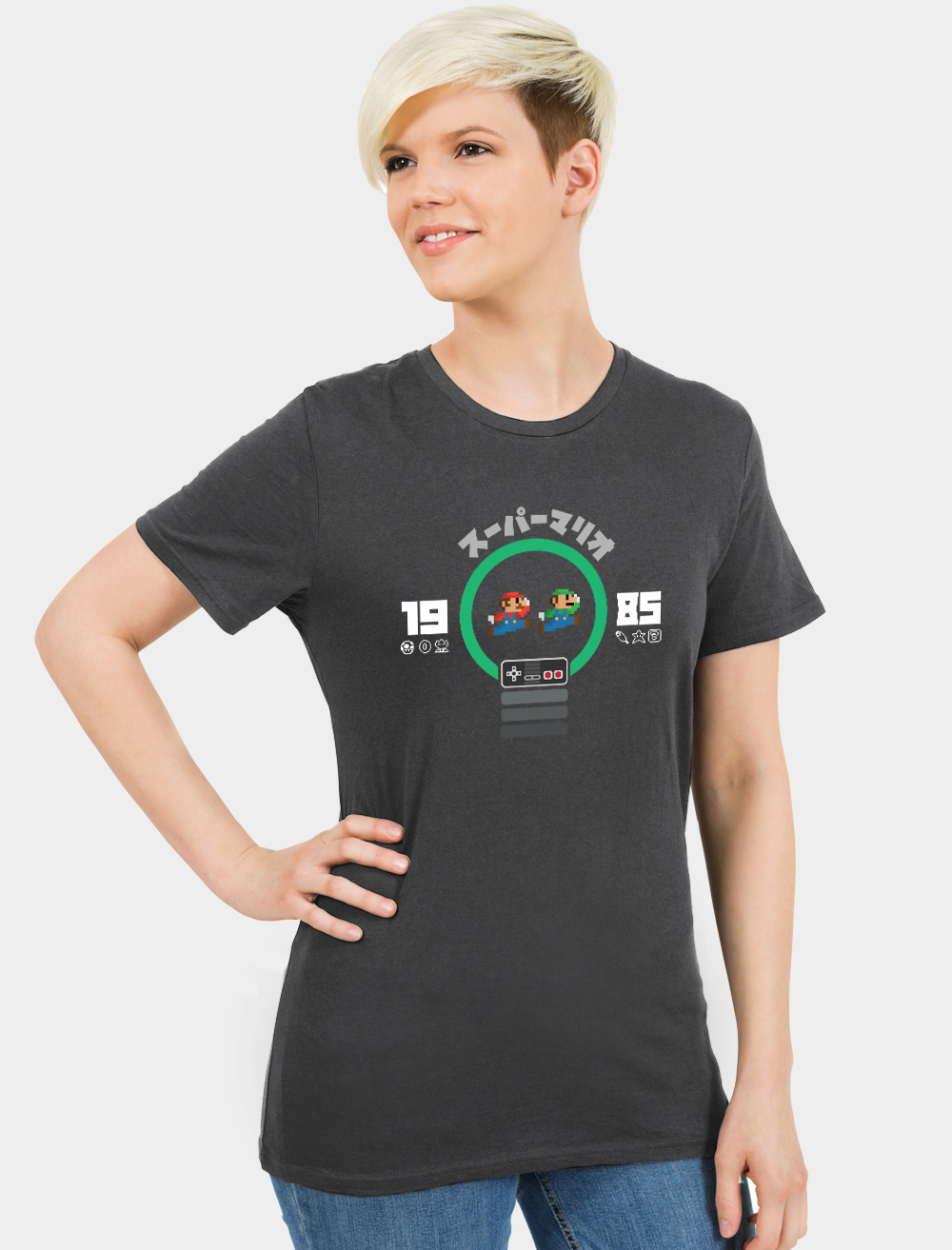