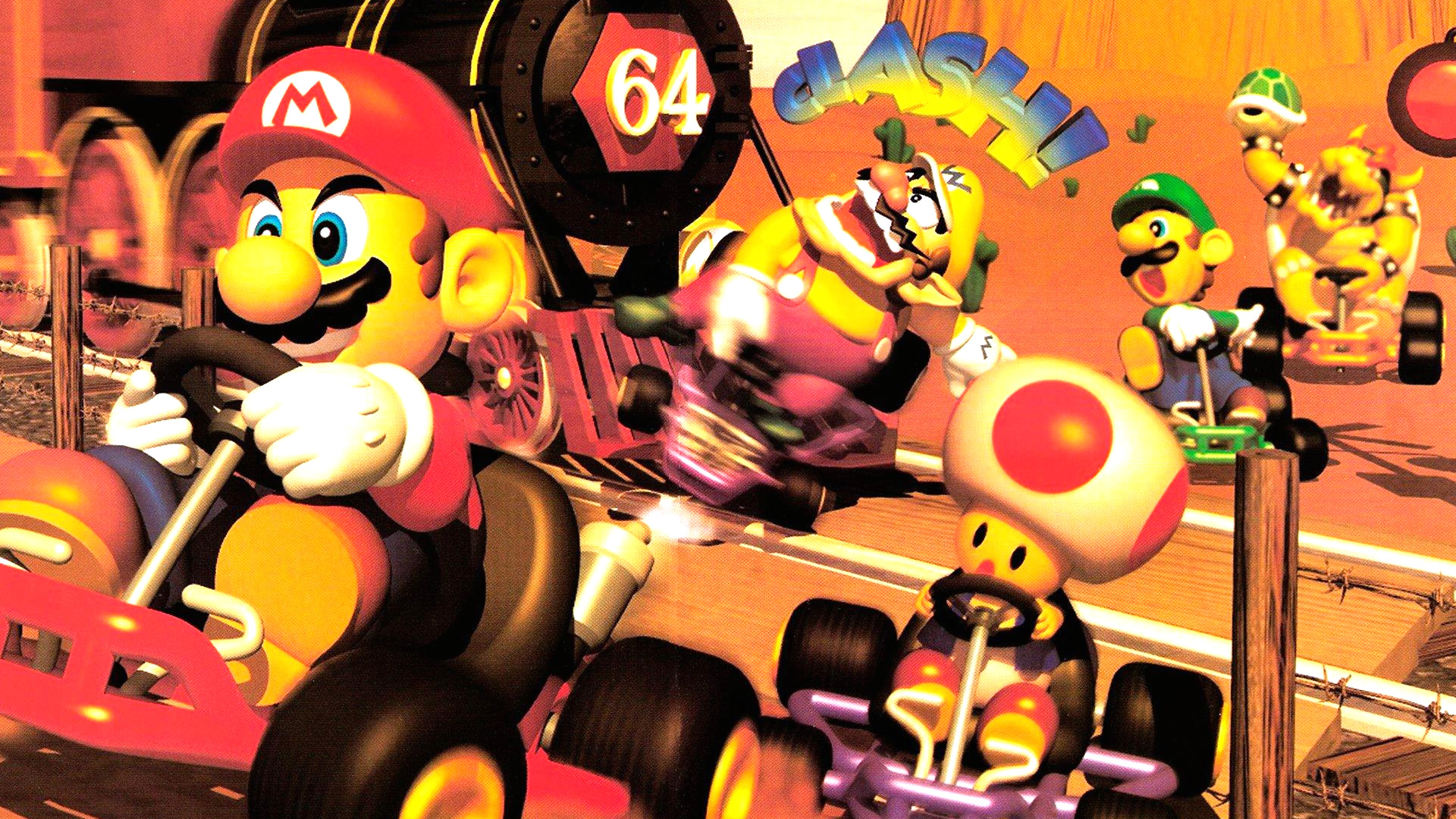 Can you believe it’s been almost seven years since the release of a new Mario Kart game? Surely Nintendo must be brewing up a new game or fresh Mario Kart retro DLC. With Mario Kart 8 Deluxe being one of the best sellers on Nintendo Switch, it’s likely there would be more Mario Kart retro DLC instead of Mario Kart 9 just yet. Either way, we need more retro tracks reborn in glorious HD! We’ve had a look back through the Mario Kart archives and picked out 10 classic courses that definitely need to return.

Have a look at all these in action in our recent Mario Kart DLC tracks YouTube video!

Can you imagine driving through a shopping mall? Zipping up escalators and through an unsuspecting shoe shop as a secret shortcut. Mario Kart Wii introduced so many awesome fresh tracks to the series and Coconut Mall is one of the highlights! After blitzing past the shops, it’s on absolute mad dash through the carpark to the finish. Tight corners, multiple routes and who could say no to a little shopping on your drive? Would be great to see this classic return for Mario Kart retro DLC.

If boat rides and cruises aren’t your bag, how about one big island getaway? One of the neatest things about Mario Kart 7 is that it introduced single-lap tracks, big stretches that take you on a ride from start to finish. One of the tracks was Maka Wuhu, an incredible trip across a gorgeous island inspired by Wii Sports Resort. Not being bound to 3 laps was a refreshing take and really let you see all sorts of incredible scenery – especially when it comes to climbing those hills! We would love to see this return through DLC. 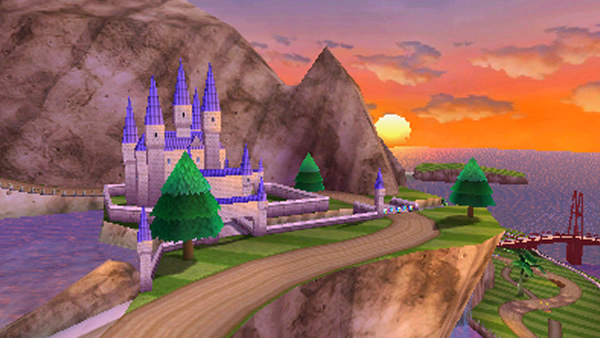 It’s surprising that there’s only one Bowser’s Castle in Mario Kart 8, despite there being three Rainbow Road tracks! This staple of the Mario Kart series is much needed, but which classic castle to draw from? The N64 Bowser’s Castle was remade on the Wii and is one of those nail-biting tracks to really set racers apart – corridors of stomp hungry thwomp, fiery drawbridges and an awesome spiralling escape at the end. Definitely a track we’d love to see for Mario Kart retro DLC!

Maple Treeway was another one of those Mario Kart Wii gems that was a total breath of fresh air – autumnal leaves, twisty secret forest corridors guide you to the top of the trees in this refreshing track! Loved the little bonus mushroom that would pop out of little piles of leaves. Maple Treeway was definitely one of the standout tracks in the Wii game and would be great to see return for a new season of Mario Kart retro DLC goodness!

Holidays are a little bit tricky these days, so how about a little trip in Mario Kart? Another classic track that definitely needs to return in Mario Kart DLC has to be Delfino Square. A lovely little coastal town track full of deliciously tight corners as you weave through the city streets, a charming little port area and a mad dash over the bridge to drift past the finish line. We need more tracks with tricky corners and Delfino Square totally fits the bill! 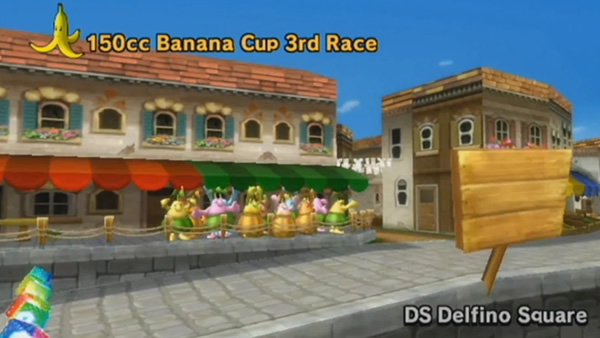 Daisy Cruiser was definitely one of the more original tracks when it sailed up into Double Dash. When it re-appeared in Mario Kart Wii, it was met with much love – a mad dash around a big cruise ship, slipping through the dining hall, past poor unsuspecting sunseekers and exploring some of the inner helm. One of the biggest fan-favourite tracks that deserves an expanded comeback through Mario Kart DLC!

Moonview Highway was another standout track from the Wii game and it needs to return through Mario Kart retro DLC, a gorgeous trip through the bright-lights of a city! Climb those Hollywood inspired hills and dash through a bustling city to the finish. Challenging turns and traffic hungry bombs made it a rollercoaster ride and definitely a track that needs a second wind! Who can say no to the bight lights and bustle of the city at night?

From the cool chill of a summer’s day in the city to the scorching hot sands of the Kalimari Desert. We had a lot desert levels in Mario Kart games since the N64 release, but nothing that really screamed Wild West! This staple track totally deserves a Mario Kart retro DLC comeback, and Nintendo could really use the train to add some neat remixes and possible little shortcuts…. just don’t get lost in the Desert!

A track with a delicious marching beat and classic Bowser Castle styled themes, Airship Fortress was one of the standout tracks in Mario Kart DS, and recently came back in Tour. Blood hungry bullet bills, tricky corners and awesome fortress set pieces were so fun to race around, and if brought in as DLC, Nintendo could truly expand on the level with interesting anti-gravity sections to make it stand apart. 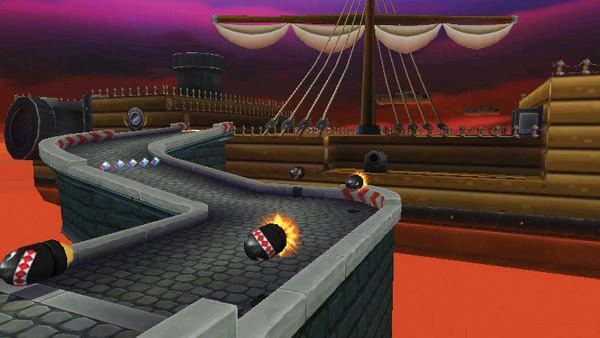 I still can’t believe we only have a single Bowser’s Castle track in Mario Kart 8! One of the standout tracks in Mario Kart Wii had to be a re-creation of the Super Circuit Bowser Castle, with something that isn’t truly in Mario Kart 8 – a box style level. 90 degree turns at every corner, tricky jump sections, long corridors that a perfect for delicious shells.

Getting ready to conquer the Mario Kart track? You’ll need our Pixel Racer tee, a fan design inspired by the karting legend! 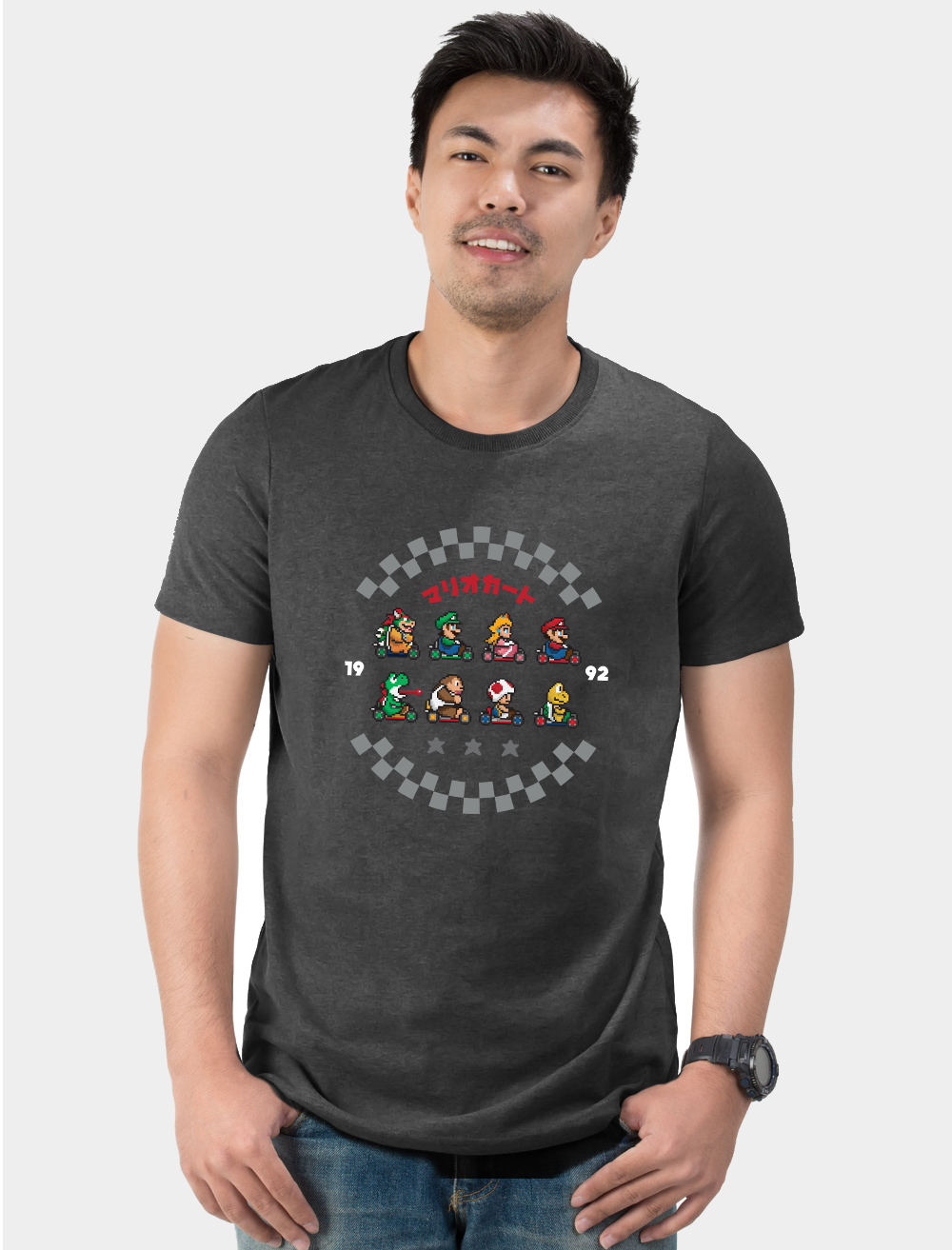