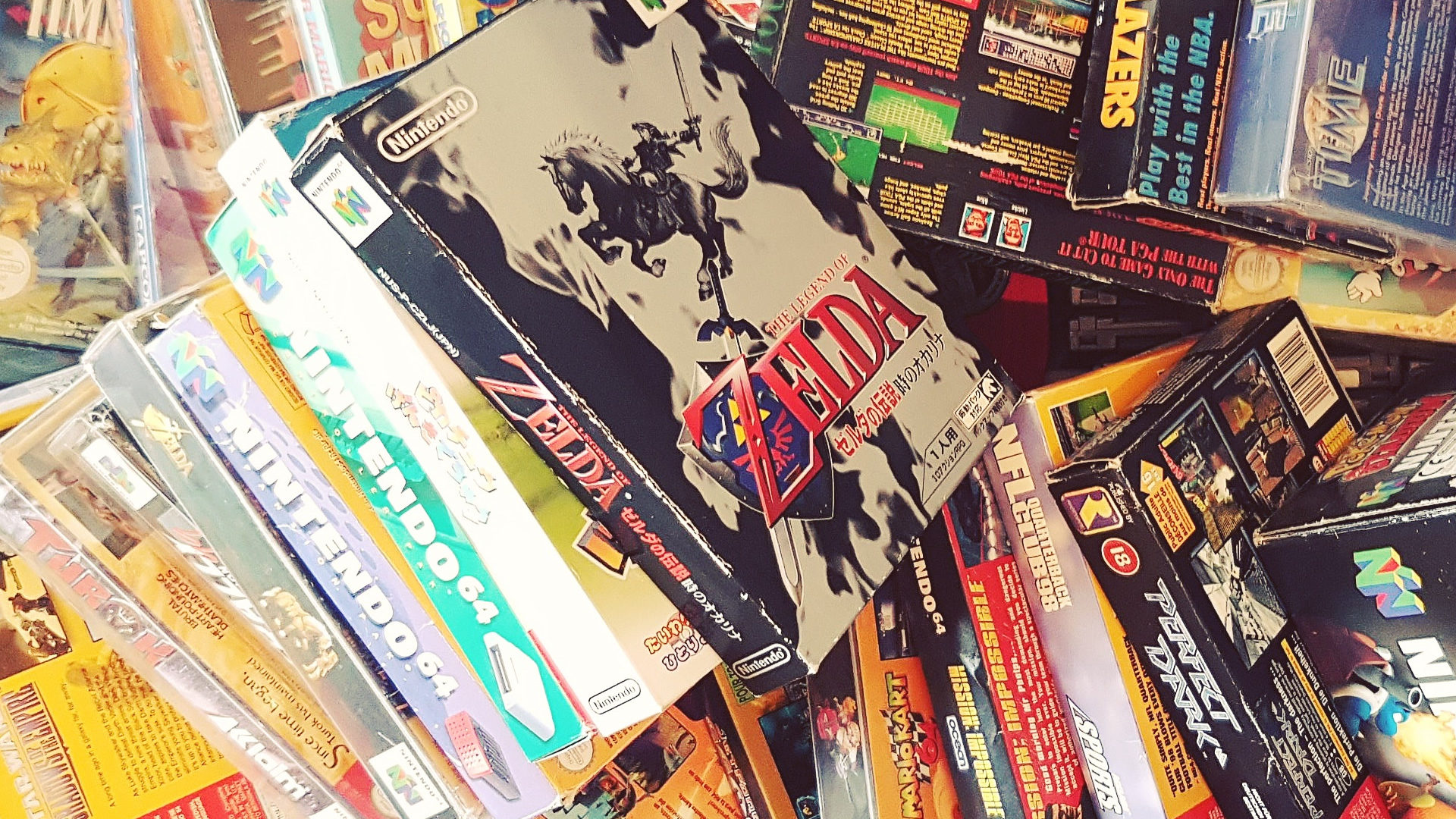 We continue delving into the world of retro game collecting; uncovering tips for collecting and finding the best bits. We caught up with Naoise, who runs Retro Gamer Ireland, on how he got started, rarities and upcoming cons!

1) Hi Naoise! Tell us a little about yourself and why you started Retro Gamer Ireland?

I am from Dublin, Ireland and I’m a huge video game fan. I have been collecting retro video games for about 4 or 5 years now and I have been blogging about my collecting journey for most of that time. 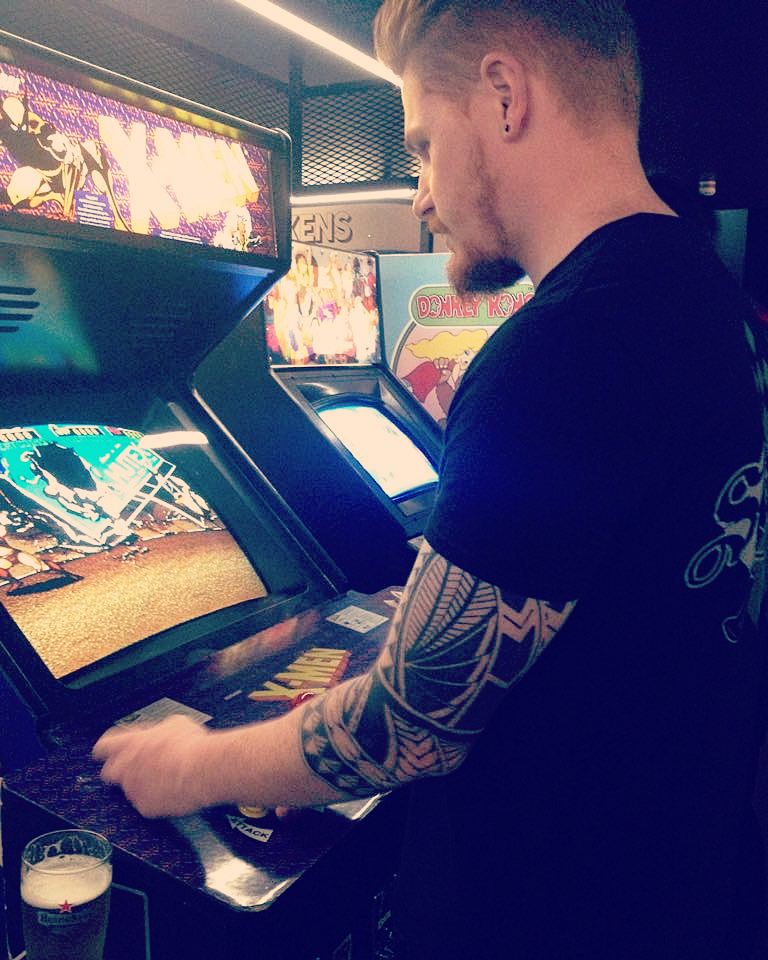 2) What made you start collecting retro merch?

My girlfriend Joanne surprised me one year with a Super Nintendo for my birthday. As soon as I fired up the SNES and started playing Super Mario Kart, nostalgia took over and I was hooked on retro video games!

3) You seem to have a big love for Nintendo in particular! What would you say is so appealing about Mario, Zelda and co?

I am a huge Nintendo fan and have been since day one, ever since playing Super Mario Bros. on the NES as a kid. I think Nintendo is so appealing due to the constant release of high quality games and the fact that they think outside the box and try new things with their consoles. 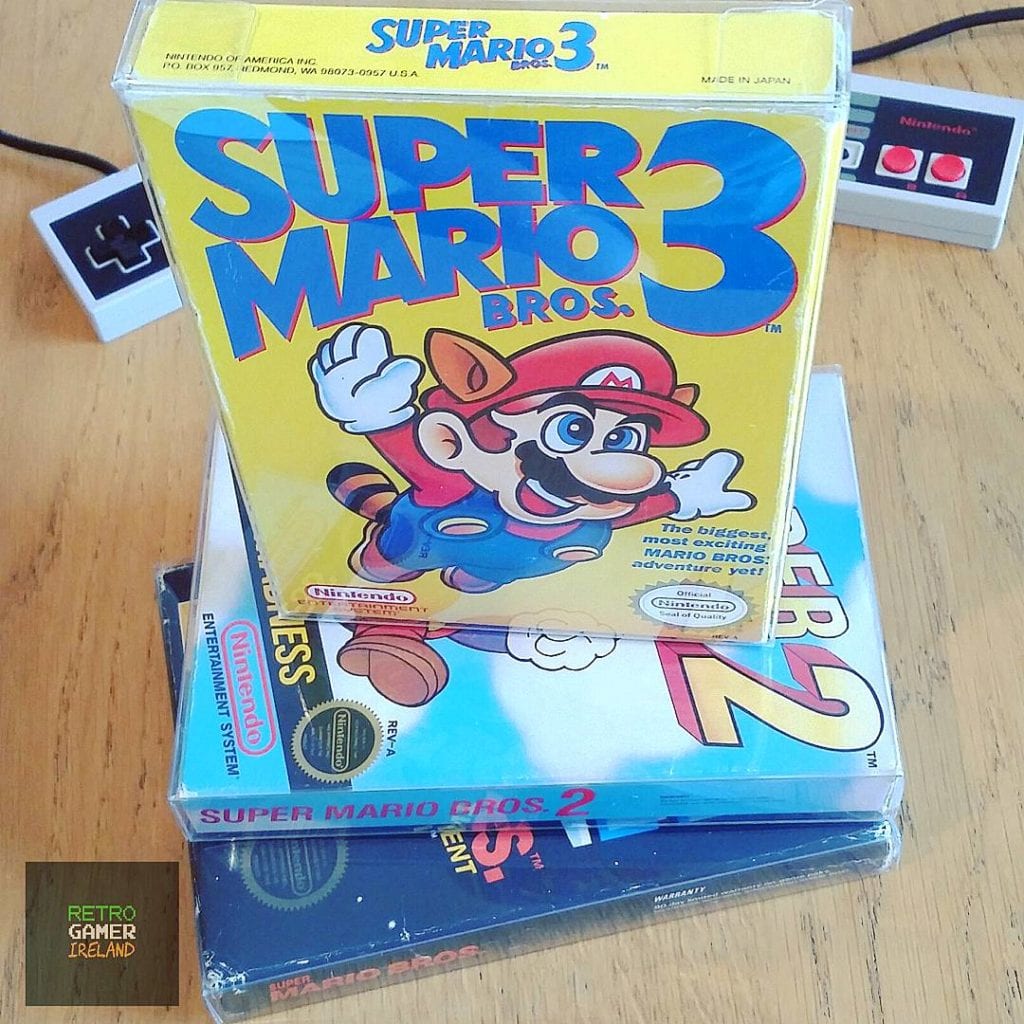 4) What’s your favourite retro console and why?

Definitely the Nintendo 64, it’s my absolute favourite. The N64 was the console I played most as a kid, with games like The Legend of Zelda: Ocarina of Time, Banjo-Kazooie and Diddy Kong Racing being some of the ones I played on repeat.

Nowadays, for me, there’s a lot of nostalgia that comes with the console and I’m a sucker for nostalgia. Whenever I play it, I am reminded of all the good times as a kid and I can’t help but feel happy. I am still discovering new games on the system that I’ve never played before, so even though it’s an old console, it’s still got something new to offer for me. 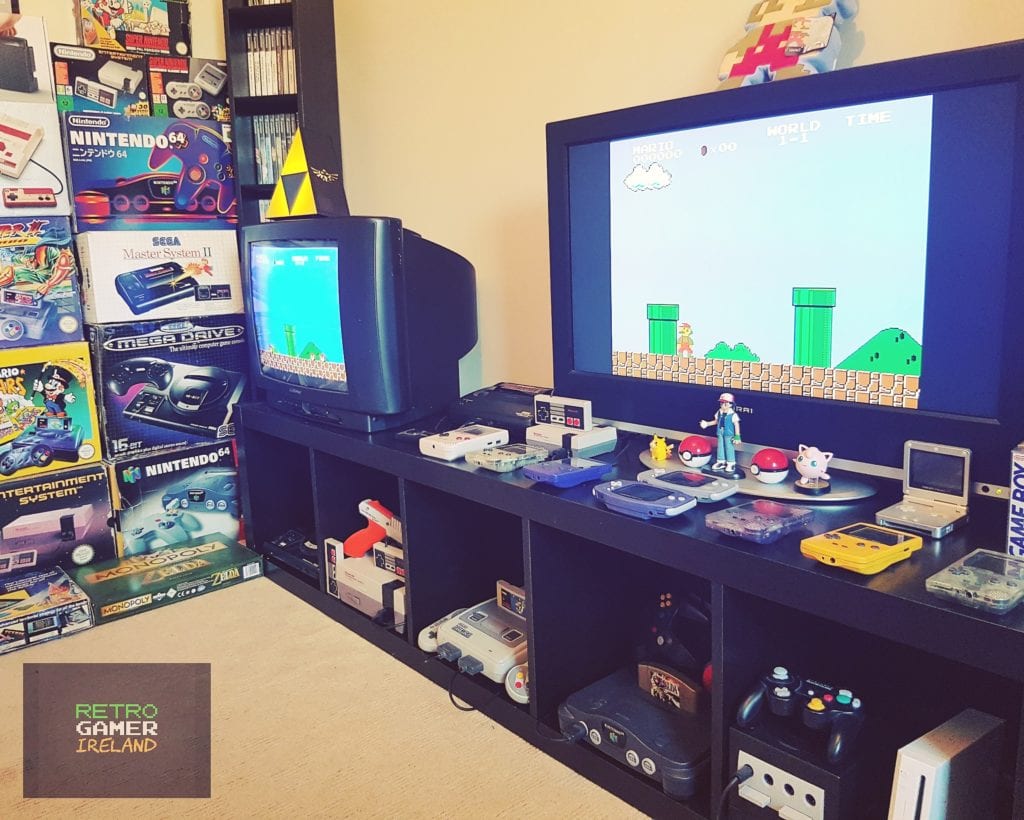 5) With the Nintendo Switch out for a while, what are your thoughts on the lil’ system?

I think it’s an amazing console with some top notch games. I know it’s early days with the system but so far I’ve played The Legend of Zelda: Breath Of The Wild, Sonic Mania, Specter Knight and all 3 games were fantastic. I can’t wait to play Super Mario Odyssey, it looks like so much fun!

6) What would you say is the most prized piece in the collection?

I’d say my complete in box copy or Pokémon Yellow for the Game Boy. It’s one of my favourite games and it’s the only boxed game that I have had since my childhood. I have to give an honourable mention to my childhood Nintendo 64 which has stuck by me all these years and still works to this day. 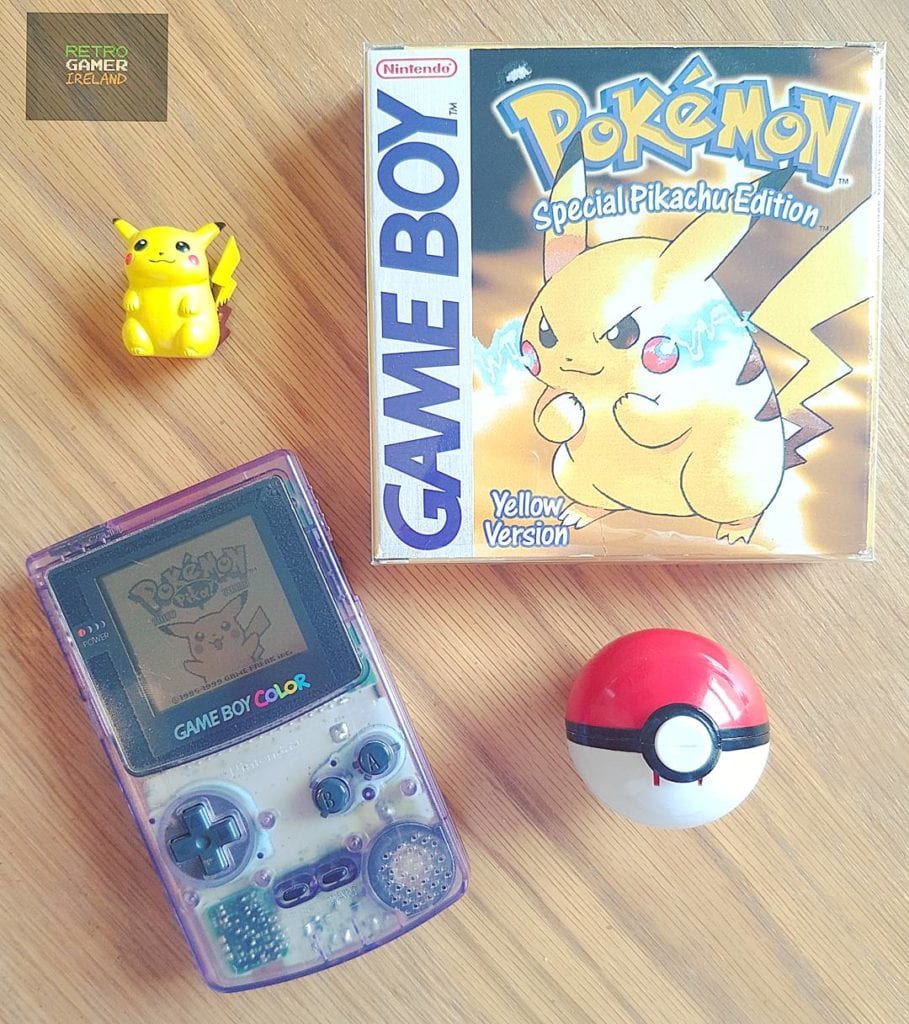 7) How do you currently go about sourcing new retro goodies?

I love to go to car boot sales – that is definitely my favourite way to find retro games. If I want something specific however, I go to The Rage which is my local retro video games store and always has a great selection of games and consoles.

8) We’ve loved your collecting tips on the blog! One in particular is the Retro Games of the Future tip. What current games do you think would have collector appeal 10, 20 years from now?

I’d say anything special edition, it seems obvious but if you keep these more limited edition releases in good condition, they will more than likely be worth more in the future. 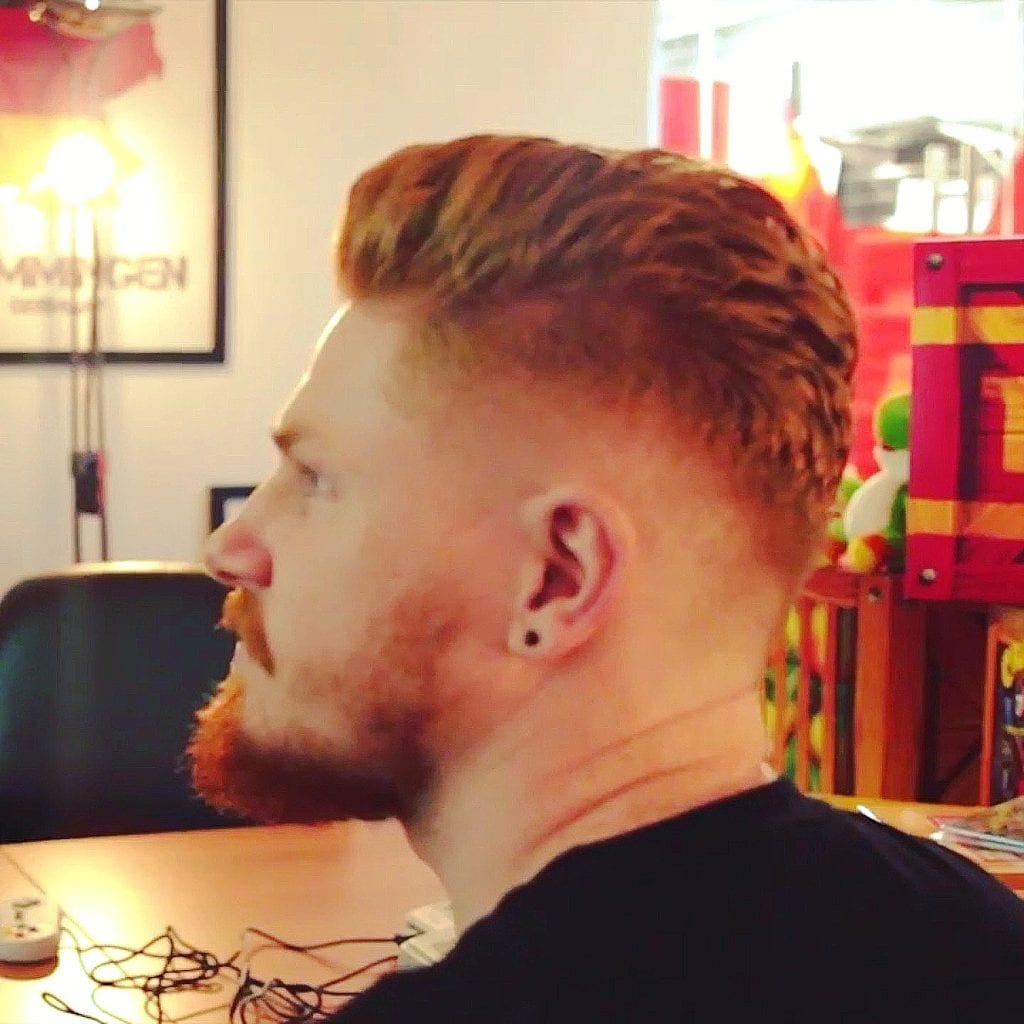 9) What games have just been impossible to find?

There’s one game that I have been after ever since I got into retro gaming, it’s not too difficult to find but finding it at a good price is the hard part. A PAL copy usually sells for over €100 and that is a lot of money for one game. I am always on the lookout for a cheap copy so hopefully I’ll find one soon.

10) What’s currently in your gaming playlist?

I recently got my hands on the SNES classic edition and finally got the chance to play Super Mario RPG. This game was not released in Europe so I didn’t even know of its existence until a few years ago. When I found out it was on the SNES classic I was delighted, I’m only a few hours into the game but I love it so far.

11) As an avid collector, what tips would you have for someone starting out?

The best tip I can give to someone who is starting out with retro games is tell people. All of my family and friends know how much of a retro nerd I am and you know the old saying, one man’s trash is another man’s treasure.

I have acquired so many games and consoles from friends who might be doing a clear out at home, find some retro goodies and instead of throwing them out, they kindly passed them on to me.

12) Do you have any plans for future events/cons?

Ireland has seen a surge in gaming conventions this year and thankfully I’ll be at a number of them. I will be a guest at 3 events before the end of the year and I’m really looking forward to them.

First up there’s PlayersXpo in Dublin which takes place at the end of October. Then in November there’s  GamerFest17, which is on in Galway, and last but certainty not least there’s Games Expo Ireland which is also on in Dublin.

I am really looking forward to attending all of the events as it’s a great way to meet so many cool people who share my love of gaming!

13) Where can Nintendo fans find your work?