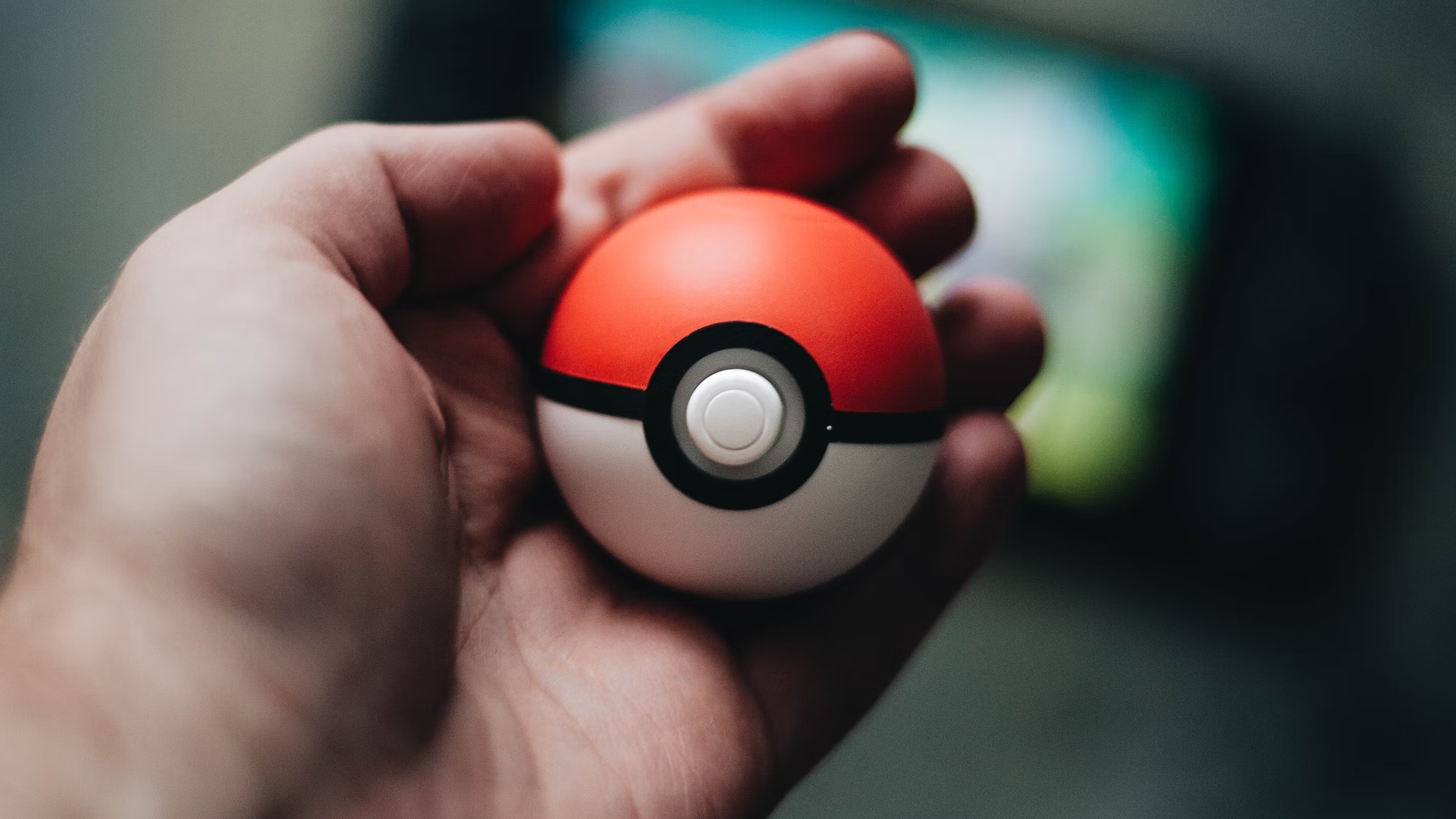 It’s been 6 years since Pokémon Go crashed the internet, devoured app stores and brought so many fans together. A game that saw massive viral appeal always has the risk of peaking too soon, but this catching concept is still going strong in 2022. Just how has Pokémon Go evolved since launch? Let’s take a look at some of the biggest Pokémon Go changes. 2022 vs 2016.

If you want to jump back into Pokémon Go, or try it for the first time, now is the perfect time! 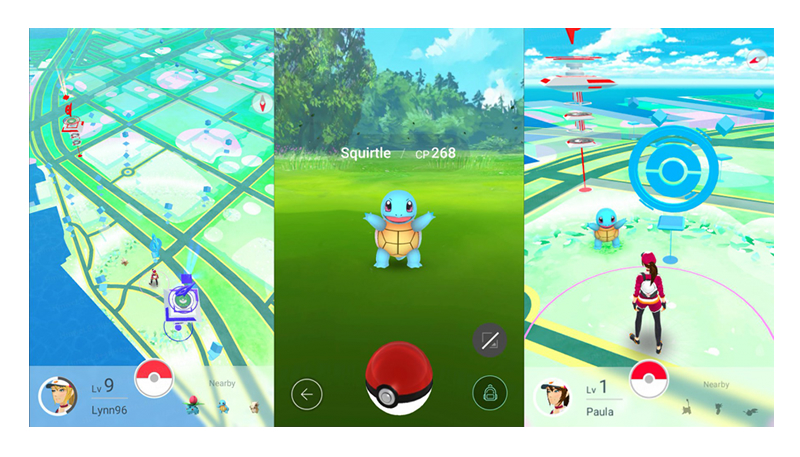 On July 6th, 2016, the world of mobile gaming changed forever. No, not Flappy Birds or Candy Crush, but a game where you walk around, catching Pokémon! It’s the thing of fan-dreams, something I’ve always wanted to do way back since the Gen 1 days. Developer Niantic created a simple system – a Gen 1 Pokédex and critters that spawn in the wild. You could use AR technology to see your new furry friends and catch them – mindbogglingly good! 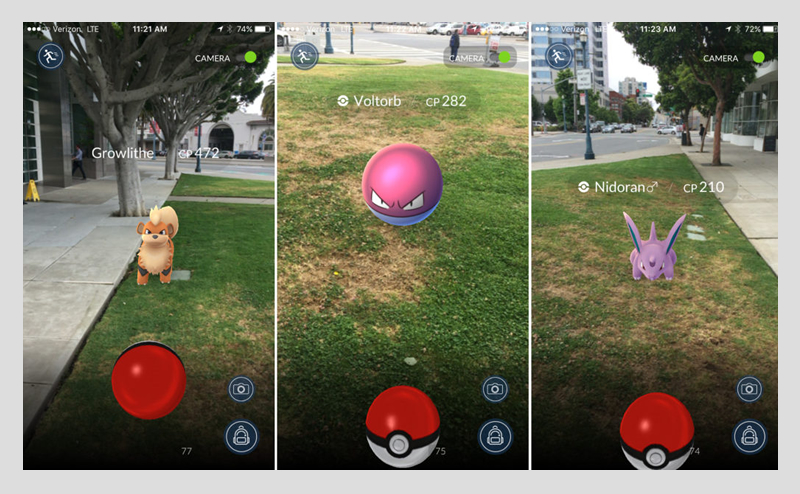 Such a simple idea, but it took the world by storm. Back in 2016 rare Pokémon were truly rare. You needed to hop in a car, chase down a bus or literally run across town to find out with seconds to spare before they disappeared. During the first few months, it was incredibly wild and just so wholesome, too. People across all walks of life – young and old – teamed up to fill that Pokédex and defend those gyms.

In 2016 you would see scenes with thousands of people hanging out, having fun and life felt a little bit less manic than it does six years later. Everyone came together with one common goal: catch and battle. In a year, the game had been downloaded 750 million times. 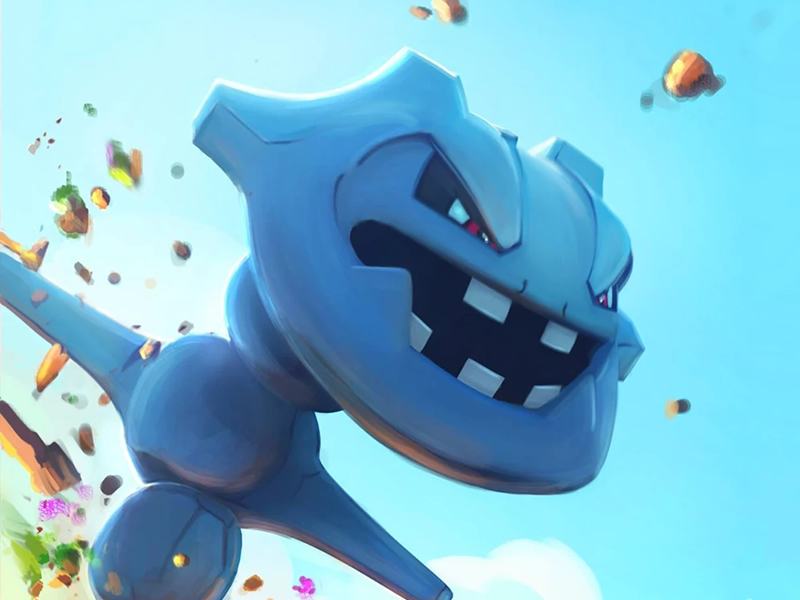 Back in 2016, there weren’t any raids, trades, friends lists didn’t exist. Pokémon Go was a barebones yet ridiculously addictive experience.

How catching has evolved in Pokemon Go

Let’s start with the local spawns – part of the joy of Pokemon Go is knowing what’s nearby, so you can run out and catch a handful. Back in 2016, it looked a little different – footsteps showing you roughly how far away you are from that little pidgey.

There were even some apps and websites setup that tapped into the Niantic APIs, like Pokevision or Pokehunter, where it would show local spawns and how long left. Super handy! 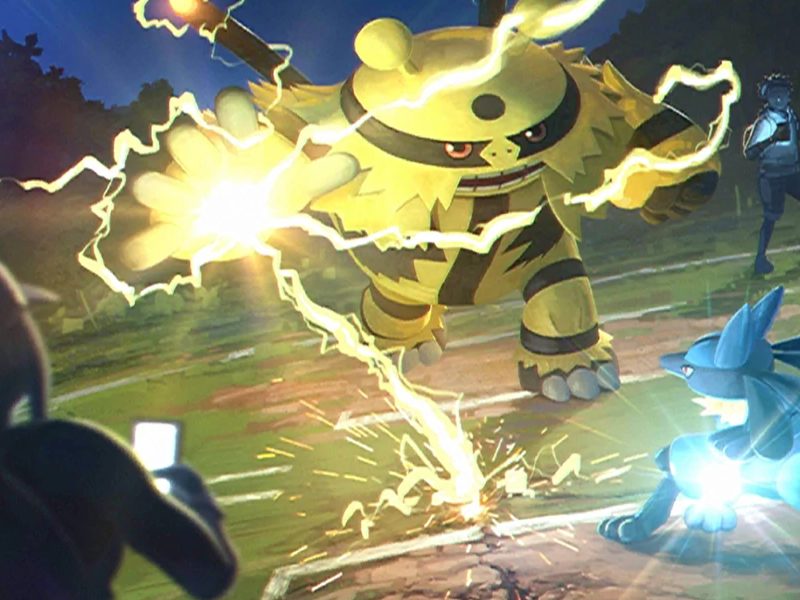 One of the biggest Pokémon Go changes since 2016? Local spawns a simple tap away in the app. You’ll see a list of local Pokestops – and can highlight this on the map. Super simple and far better mapped out to give you visual clues about where to look and making it far less random! Eggs are better in 2022 as well, with different colours based on distance.

Spawns are a little less rare these days too, it’s not super common but finding wild Dragonite and Snorlax are far easier than they were in 2016. Still a surprise to see sometimes, but less pressure to run across town to find something super rare. For those rarer, stronger critters? Raids.

I still can’t believe the game didn’t launch with raid battles. A year after launch one of the best features was added into the game: team up with other players to battle down a super powerful creature. Defeat it and you’ve got a chance to possibly bag it. In April 2020 due to the Covid-19 pandemic, we got remote raids.

Being able to wirelessly battle with friends and fellow trainers worldwide was such a welcome addition and one of the biggest Pokémon Go changes since 2016. 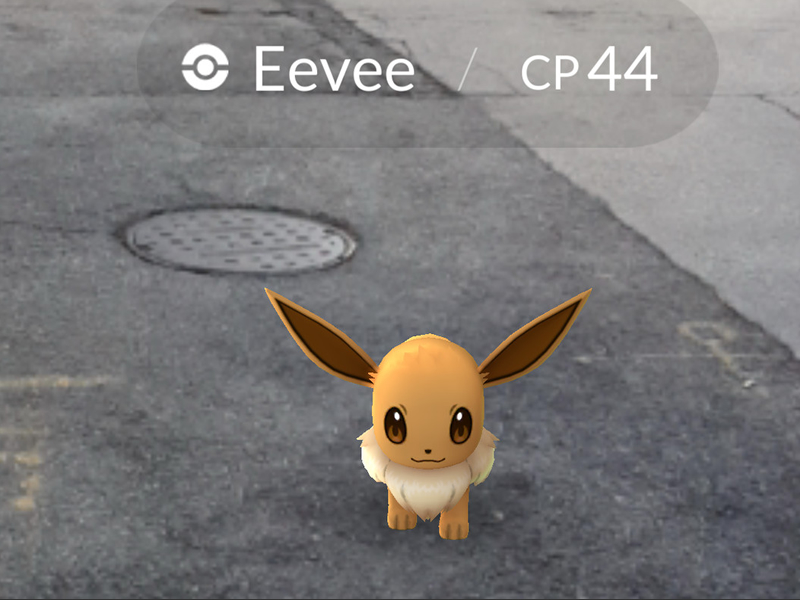 It might be a super rare critter or challenges being physically at the raid – a feature that connected so many of us more than ever before. Niantic seem to be trying to reduce remote raids recently, but it really needs to stay to give that added flexibility to players.

The Pokemon Go: The Power of friendship

Speaking of being connected, 2016’s Pokemon GO didn’t even have friends lists – something that’s such an integral part of the game years later. Introduced in 2018, you can have up to 400 friends connected, send gifts to your virtual trainer pals and also invite them to remote raids, too. 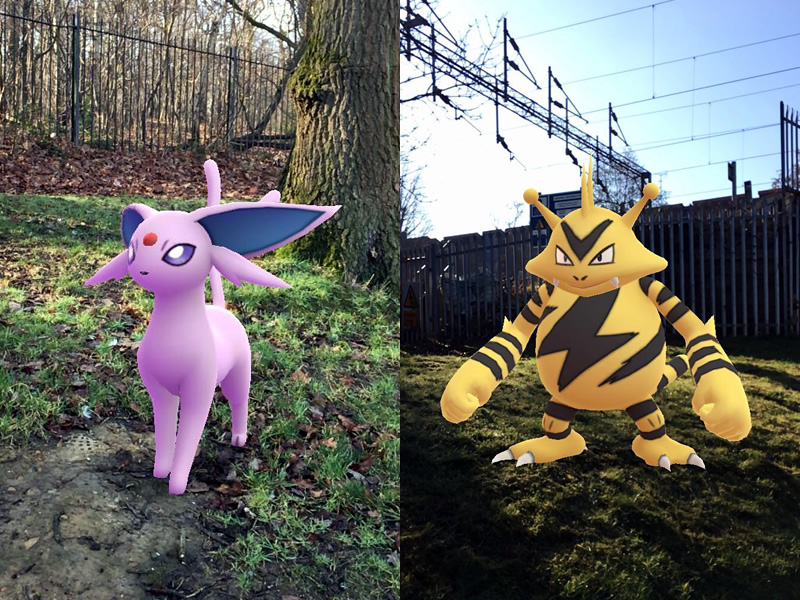 A simple system but a really neat way of keeping people connected, especially those who live in more rural areas where meet-ups are rarer than a Mewtwo in the wild. Sending gifts with stickers is a neat little touch and breathes a lot of life into the game, too!

Another big change since 2016 is the buddy system – there was always something special about being able to walk around with your Pokémon, very much like the ol’ Pokemon Yellow game from back in the day. I love my little Jolteon! Being able to also see our Pokemon in full AR and not the flatter augmented camera from the 2016 version is such a great little change – so much so I even made a little music video a few years ago with my Pokemon team. Super, super cheesy! 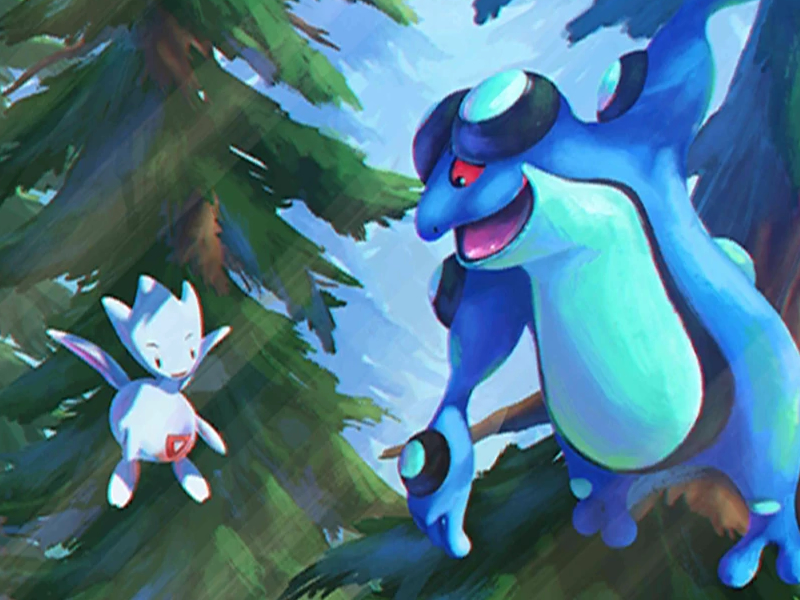 Despite the big raids, buddy, and friends system, could the game ever get back to the heights of the 2016 buzz? Possibly not, but the game is still going strong years later – players may not be logging on every day, but 80 million trainers still play monthly according to activeplayer.io – up from 2019 and 2021.

The longevity comes through the events – whether it’s the community days or the Field Research. Perhaps one of the best features added since 2016, field research is essentially a mission list – scan this Pokéstop, catch or power-up certain Pokemon, evolve this guy. It adds a little bit more purpose and structure to the game, encouraging players to head out if they can and at least login from time to time!

How can Pokémon GO improve?

Where does the game go from here? It perhaps could do with some quality-of-life changes – Niantic faced a lot of criticism for rolling back some pandemic changes, which they fortunately did a u-turn after the backlash.

The game really does need an alert system and chat for remote raids, and really improve the balance for those who live in more rural or remote areas. I’m lucky enough to have a few stops literally at my doorstep, but a lot of players have a single stop in town. 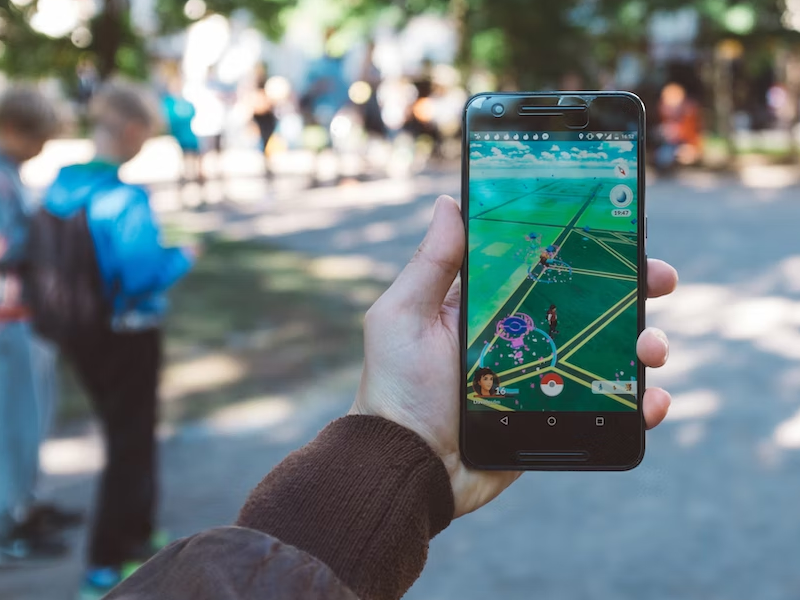