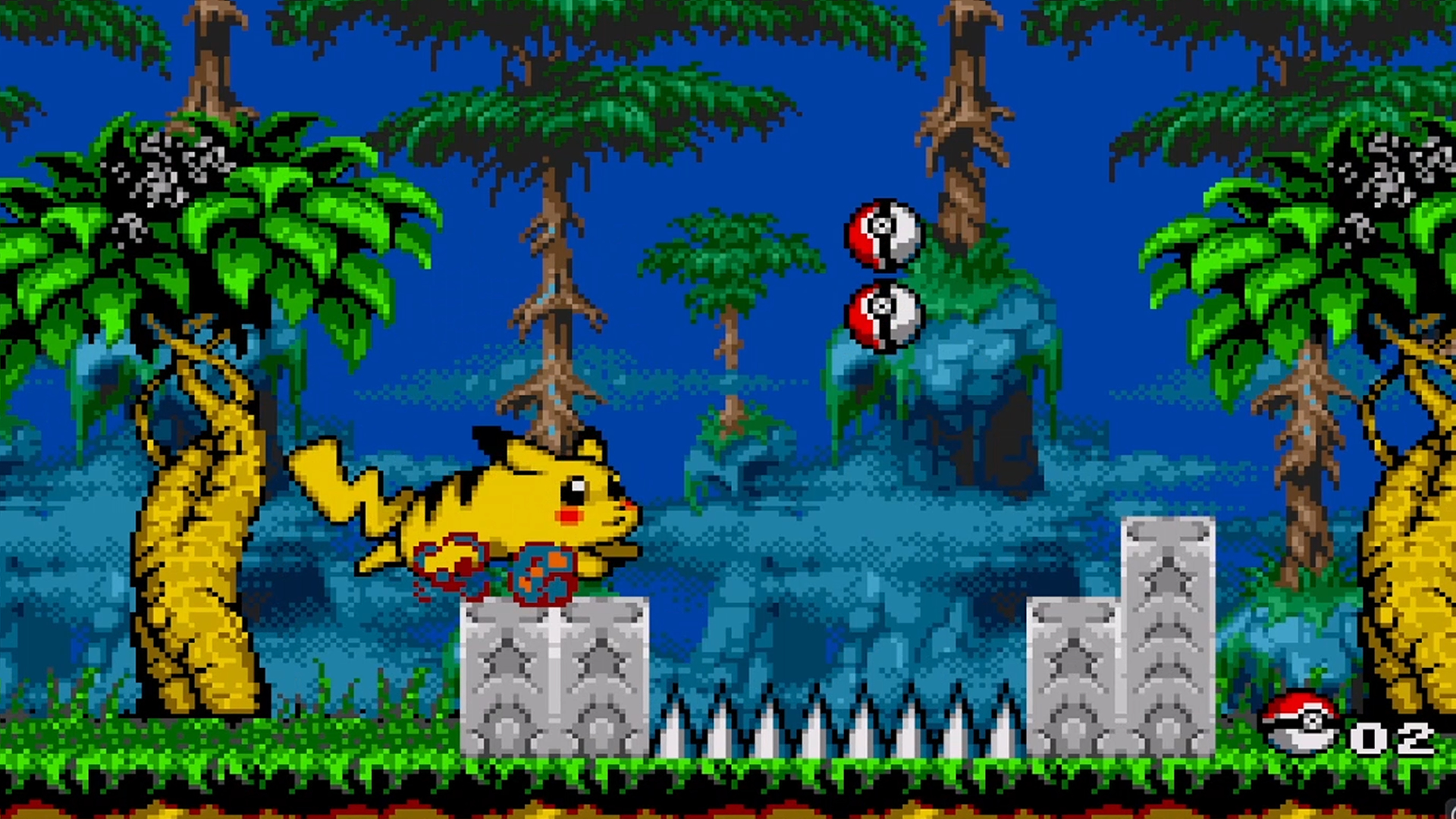 Welcome, Pokemon trainer, to the rather weird and wonderful world of the Pokémon bootleg game. Not the fake version of your favourite Game Boy classics in a Comic Sans remake box, but modded oddities that blended Pokemon with other games. Think of swapping Pikachu into Super Mario Bros, that kind of Pokémon bootleg game. Today let’s take a look at just some of these weird 90s/early 00s mods – from Pokemon fighting games to quirky platformers!

This Pokémon bootleg game was released back on the SNES and Mega Drive, and as the name suggests, Pokemon Stadium  is all about battles! We’ve got Thund, Dogas, Hudin, Kabic, Windy and all your weird and wonderful favourites. Always love the weird names you get in rom hacks and bootlegs.

In this unusual version of Pokemon Stadium, you charge up energy – a bit like those Dragon Ball Z warriors. The longer you charge, the better moves you get access too. Attack quickly and it could be an easy block but hold it longer and a more powerful attack could be unleashed. The concept works surprisingly well, with familiar moves with hilarious names – simply fun. Worth giving a go if you can find this Pokémon bootleg game lurking somewhere out there! 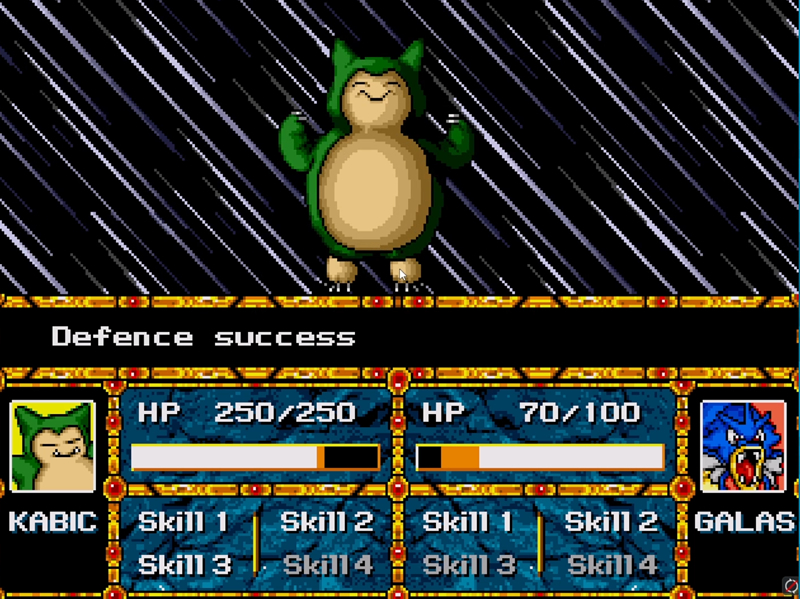 This Pokémon bootleg game came out back in 2001. Jumping off the popularity of the original games and the Johto sequels, this little bootleg starred everyone’s favourite electric mouse, leaping through challenging levels. It’s a short game, but a ridiculously challenging one – a tonne of tricky jumps, blind spots and a need to memorise the maps.

One thing that is super cute are the baddie sprites; like the adorable little Charmander bopping about and pidgey patrolling the land. And just check out the ol’ box art – something you’d see at a market somewhere in the 90s! 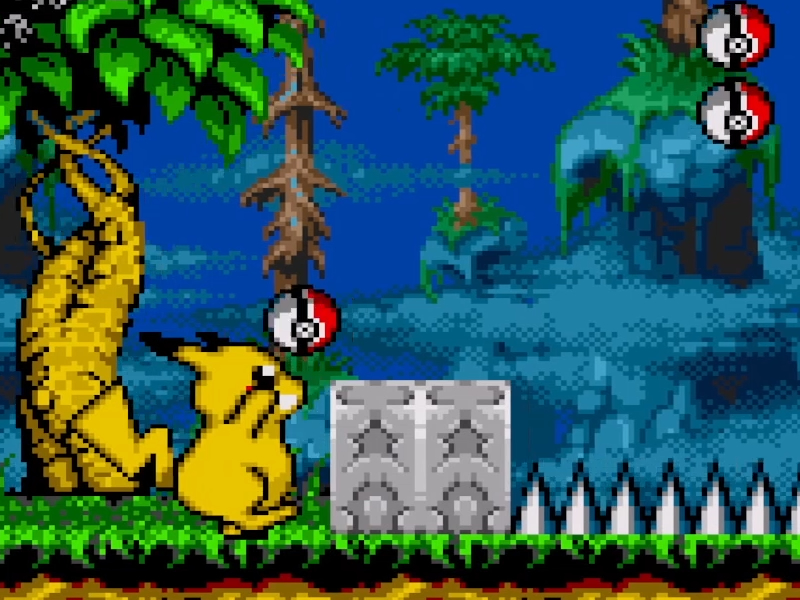 Clefairy, fairy!  Pokémon Green is a Pokémon bootleg game that’s actually a rom of Kero Keroppi no Daibouken 2: Donuts Ike ha Oosawagi! It swaps out the little frog with rather weird looking green Clefairy. It is super odd and whoever made it likely wanted to get in the massive success of Pokémon in Japan at the time.

Despite our odd-looking hero, the game is a super responsive platformer – you can fire these little beam rays and bop on baddies with ease. A shame most of the original Kero Keroppi game was kept intact instead of being made more Pokemon! 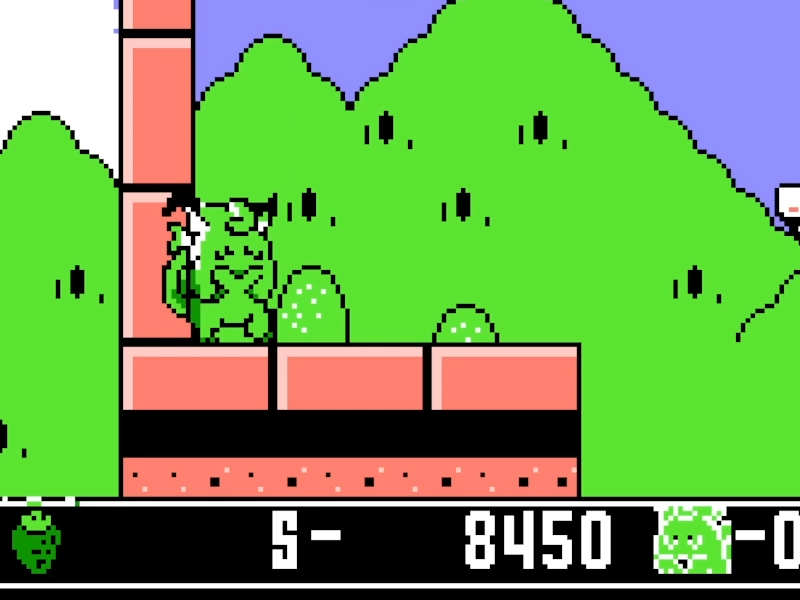 Now this Pokémon bootleg game, Pokemon Adventure, is a hilarious hack of a hack. Yes, a hack-ception kind of deal. So this release was made to look a bit like Pokemon Yellow in a lot of ways, featuring our little yellow mouse in the starring role. But it actually a mod of a game called Sonic Adventure 7, which in itself was based on another Sonic game. Yes, the extent of these modders!

The weird layers of cheeky boot-leggery at play here! Essentially you play as Pikachu who can spin like Sonic in a ridiculously difficult set of levels. It’s a freaky humanoid Pikachu, with a dose of challenging platforming and a lot of pain. Collect Pokéball like rings and simply try to survive. 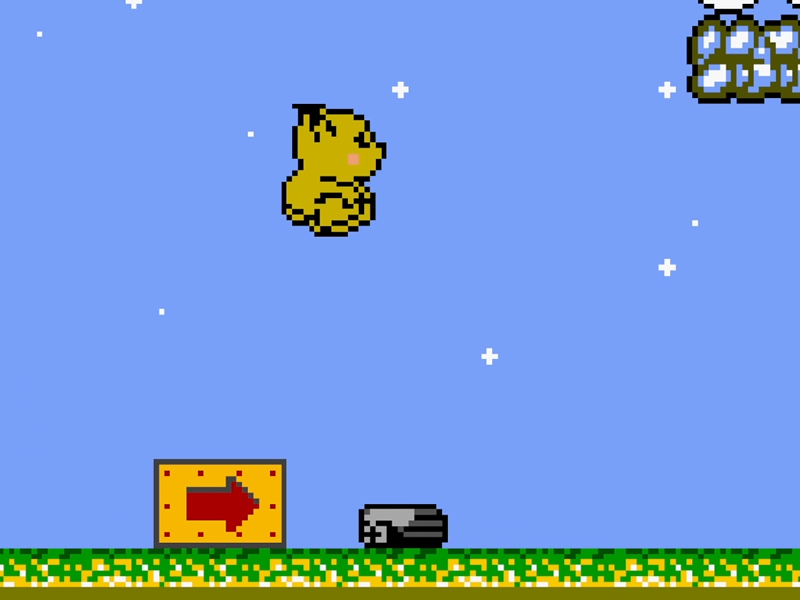 Another odd release this one, Pokémon Crazy Drummer. This perhaps the most minimal bootleg release – featuring a title screen change and Pikachu’s adorable little face slapped down in the game’s UI. That’s about it, really. It is a standard rhythm game where you tap to the beat, but in such a frantic way – just listen to how manic the drums sound as you bash away.

To top things off, there’s the main character who just sorts of stands there in the corner vibing to your haphazard jams. Weird! 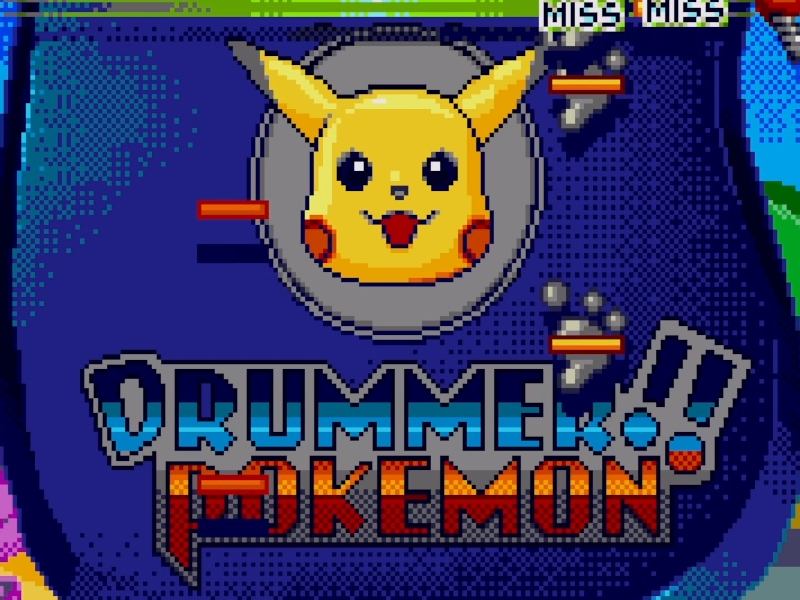 It’s Pokémon Gold Silver. No, not Gold and Silver, but a weird Pokémon bootleg game that uses the engine for Digimon Adventure as you play as either Chikoria of Totodile in super challenging side-scrolling levels. This is one of the more original mods that feels more like a Pokemon fan game than a weird, hacked together reskin – though assets are from various other games. The adorable Chikorita can somehow fly, a little like Tails in the Sonic games, whilst our little blue alligator buddy can flash the screen to freeze enemies. Filled with familiar critters, this is a difficult platformer to navigate but oddly fun at the same time! 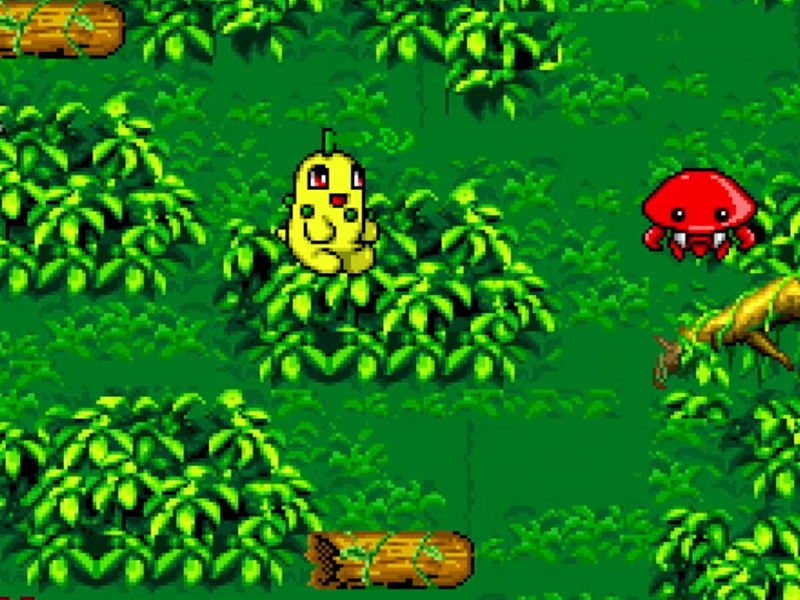 Fresh Gear for Any Trainer

So I take it you love a little bit of Pokemon? Whilst you’re here, why not take a look at our Pokemon gear? Unique fan-designs voted for by you lovely lot – pixel Pokemon tees, Pokemon prints and more! Super comfy, perfect for those trips across Kanto and beyond