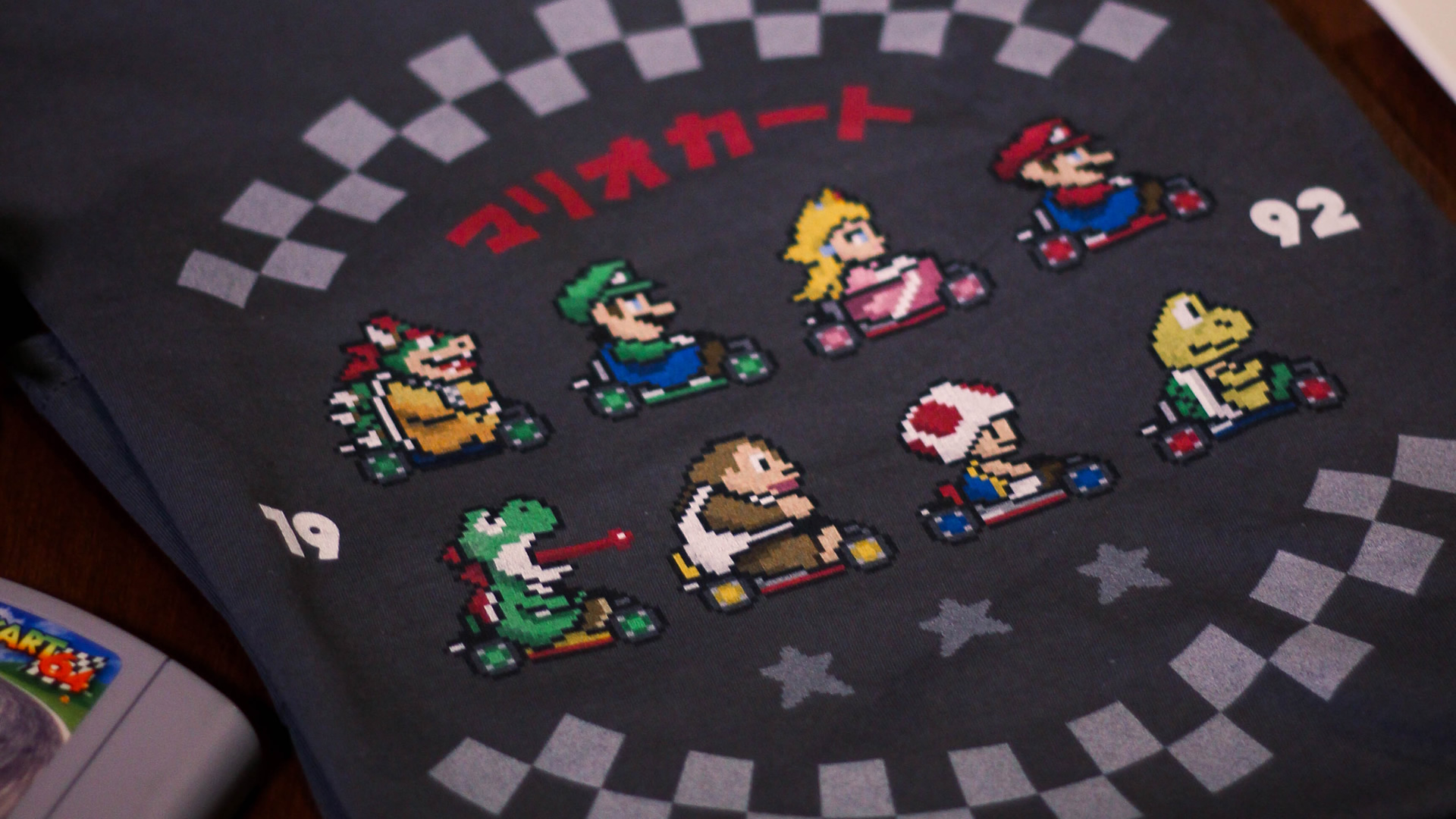 It’s hard to believe a Nintendo console, yet alone console generation, without a Mario Kart game. The series has gone from strength to strength over the years. From the ground-breaking pixel racer to being able to defy gravity, each game has brought something fresh to the table. Decades later and shells are still being fired with glee, tarmac being torn up to battle for first place.

We are absolutely obsessed with Mario Kart here at TeeChu HQ. Many, many late nights spent power-sliding to the finish and going for gold. We just had to conjure up a classic tee inspired by the series.

Can you imagine a time without Mario Kart? It’s difficult to these days, but there was a time before bananas and blue shells. Super Mario Kart, released almost three decades ago in 1992, was a technical masterpiece. Home hits were limited to side-scrollers and top-down games at the time, even on Nintendo’s own blockbuster console. But the Japanese game giant wanted to tinker with 3D effects, believing that a kart game would need it in order to convey that feeling of zipping around a racetrack.

Instead of going for tight racing lines and hairpin precision, Nintendo threw in items into the arena. Slick tires, meet slippery banana. It allowed things to be mixed up; and allow for newer players to have a good chance to topping the ranks!

From pixels to karting classic

With the tee design, we wanted to explore a distinctively retro feel for the classic karting series. Each iteration has its own, unique art-style and Super Mario Kart was all about red, blues and greens and those unique Karting sprites. Within the concept we explored the different ways of showcasing each of the racers: but settled on a side-on approach; featuring each of the original racers! To add a little splash of modern, we mixed in the current character palettes – no longer will Mario had red shoes, or Princess peach be without a crown! 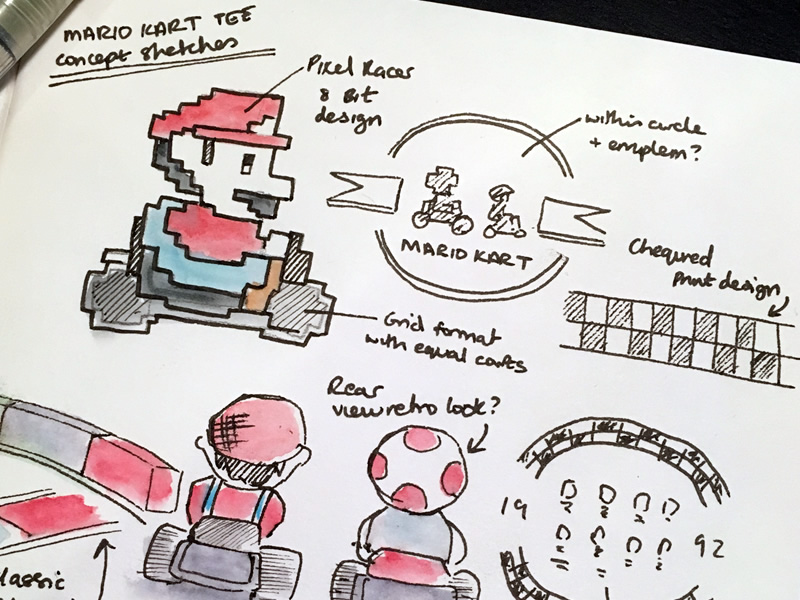 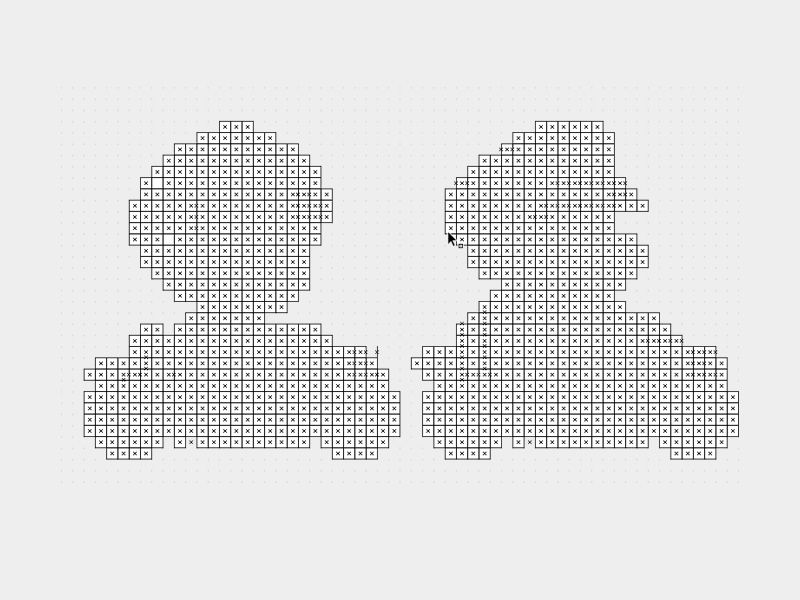 Once the racers were in position, it was time to load up that all important race: the voting lap! For each new design, we showcase different variations on Instagram for voting. It was a tough circuit, with the top two neck to neck. Throw in an explosive blueshell and the winning design claimed victory! The rest is kart-racing history.

Introducing the Pixel Racer design, a Mario Kart inspired t-shirt! You’ll absolutely adore the pixel designs; from Yoshi to Mario, Princess Peach to the devious Bowser. Years later you’ll be hard pressed to really find a game that competes with the intense, rewarding, exhilarating experience that is, Mario Kart! A game that truly defined the kart racing genre. 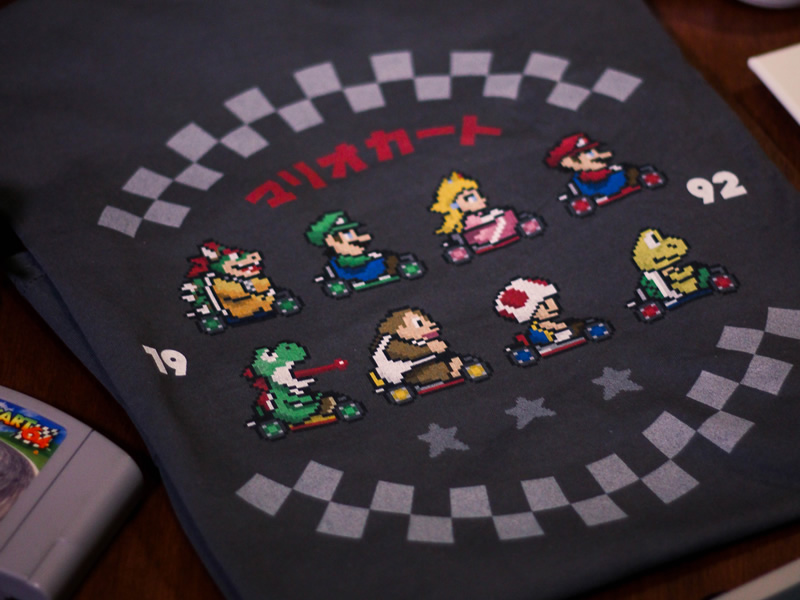