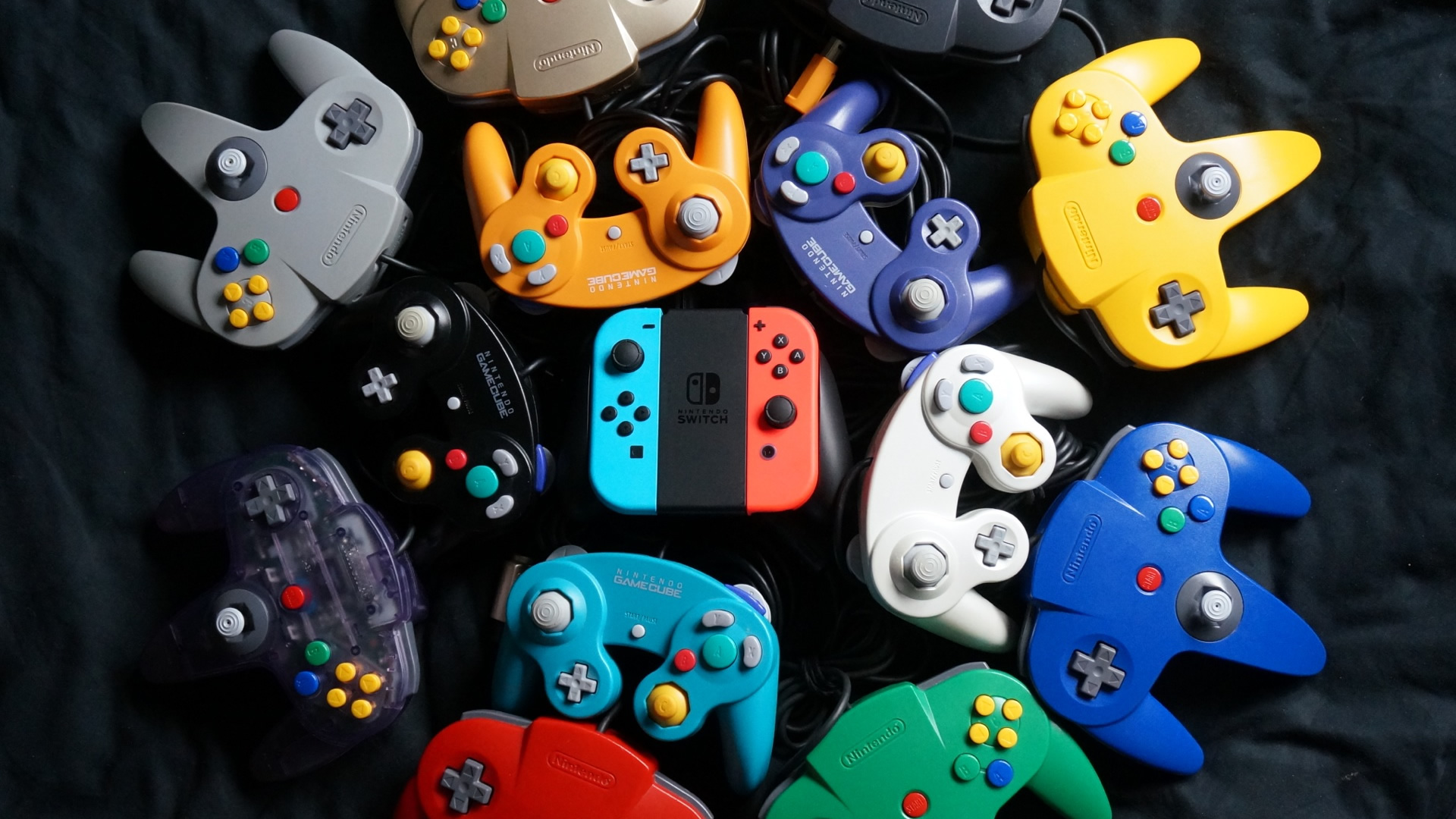 Gaming collectors are an impressive breed – spending hours sourcing rare nuggets of nostalgia. We caught up with Richard (@nintenbros64) on how he got started; rare games and a pure love for Nintendo! We first encountered his work earlier this year with his striking controller and figuring photography. Sharp, exciting and colourful – there’s a passion for Nintendo on Richard’s Instagram gallery.

1) Hi Richard, tell us a little about yourself and why you started your Instagram collection?

I’m from the UK, I’m 27 years old and I drive for a living! As a huge gamer, I grew up with the likes of the SEGA Megadrive as a small kid then moved onto the N64 and Gamecube. I’ve always had a soft spot for Nintendo. But starting the page, It all started with the amiibo! The more I bought, the more I realised my personal Instagram account was being spammed. I figured I needed a place to post these photos! And what’s where it all started. 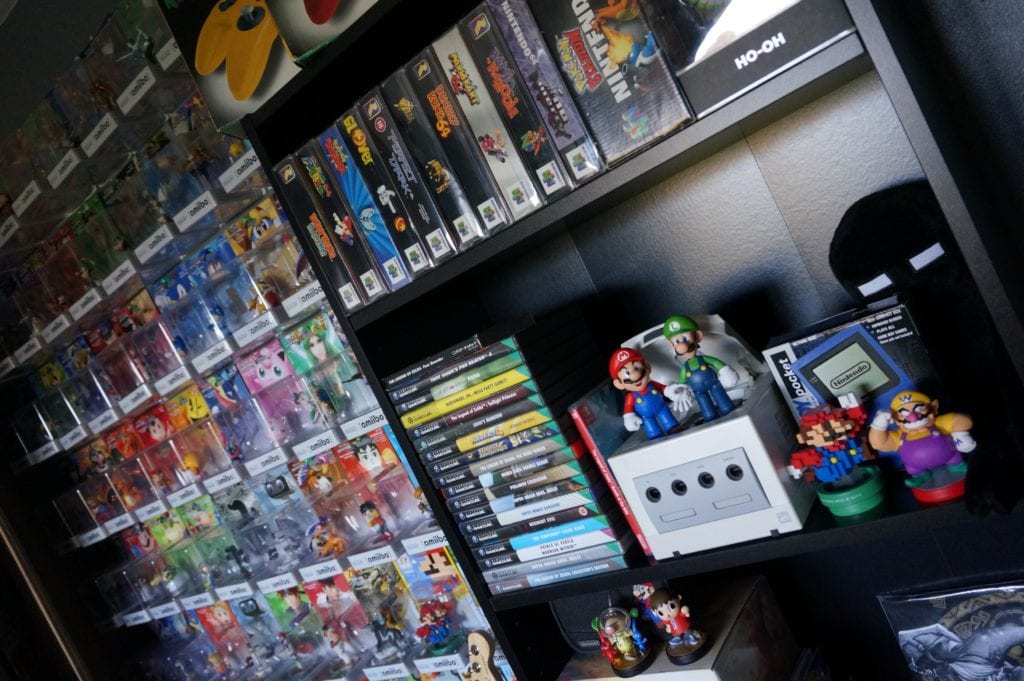 2) What made you start collecting gaming and Nintendo merch?

Growing up, I had various Nintendo games that came and went. I was a huge game trader, hopping from one game to the next, pouring hours into the big titles. Over time I ended up selling them and moving over to the bigger, current consoles. Until the start of 2017. I set myself a task: To collect all of my childhood favourites on N64 and Gamecube. Which I now have well exceeded, with a variety of complete in-box games, controllers and consoles! Without mentioning all of the World of Nintendo figurines and random Nintendo bits and bobs I’ve acquired along the way.

3) What would you say is so appealing about Nintendo games?

Nostalgia plays a huge part of it. But there’s just something about that little moustached Italian guy with a red cap that makes me keep coming back! The games have a certain charm that other platforms just don’t offer. Titles like Mario Party, Super Smash Bros and Mario Kart were just the ultimate multiplayer games! Not to mention the single player gems like Luigi’s Mansion, Mario Sunshine or the Paper Mario series. They really are special games that seem so appealing to me. 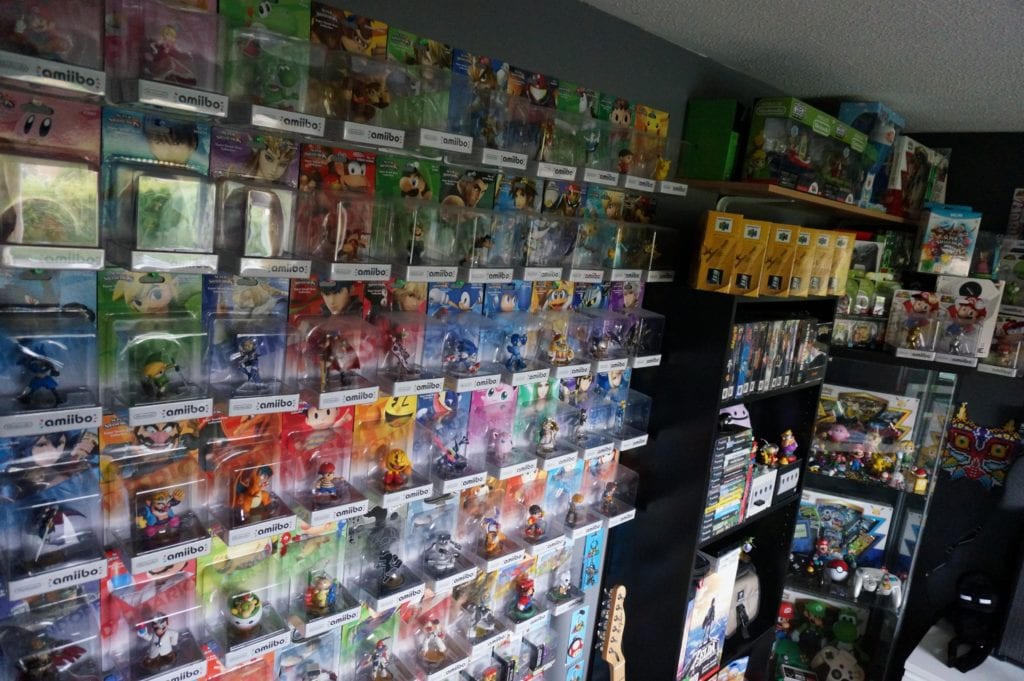 4) What’s your favourite retro Nintendo console and why?

Wow. This is a hard one. Growing up with the N64 and Gamecube, it’s such a hard decision. But I’m going to go with the N64. I will never forget the first time holding the N64 pad, with Super Mario 64 on screen. The colours, the music and the freedom of running around in 3D with a analog stick was an absolute game changer! 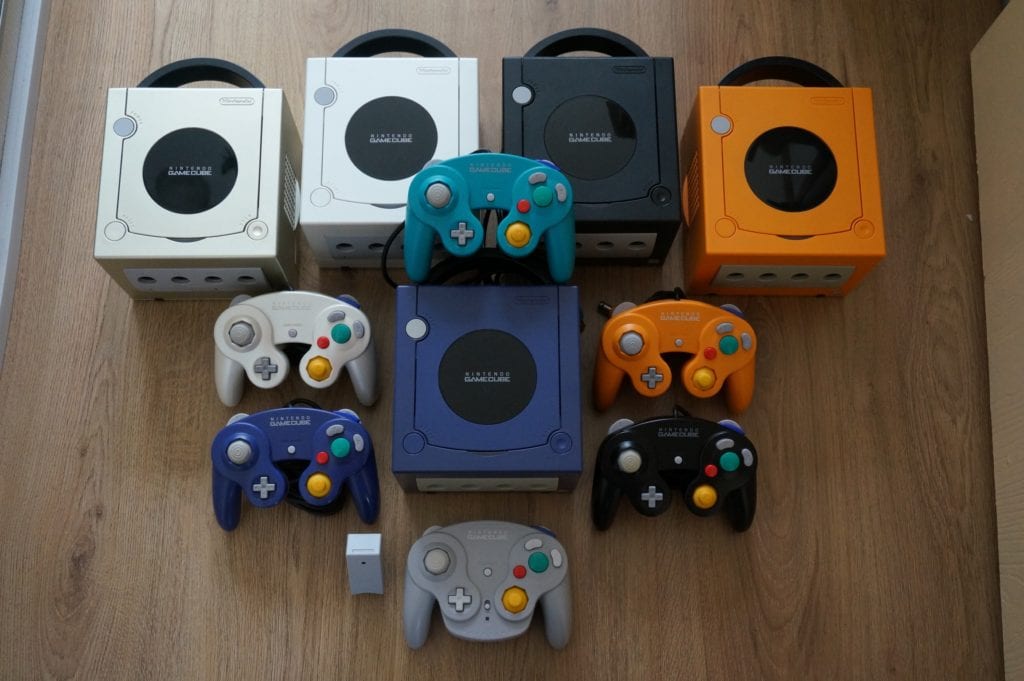 5) With the Switch out for a while, what are your thoughts on Nintendo’s lil’ system?

I’m really loving the system, it has HUGE potential. I’ve had so much fun playing Zelda: Breath of the Wild, Splatoon 2 and Mario Kart 8 Deluxe out on the go and then being able to drop it back into the dock and play in TV mode. Personally, I think we need those big titles to drop soon to keep the ball rolling. But I don’t think the current line up is as strong as it could be. It has some great games, but I definitely think we’re just getting warmed up! Go buy one.

6) What would you say is your most prized piece?

Now this is a hard one. I have a variety of boxed N64 controllers which I hold close to me. But I’ve recently been addicted to buying Gamecube consoles. Most recently I got the Star Gold Japan Exclusive Gamecube, as well as the Spice Orange console and mint in-box WaveBird wireless controller. Absolutely gorgeous systems. And I haven’t seen many with the Star Gold console, so I’d say that’s my prized piece along with the WaveBird controller. 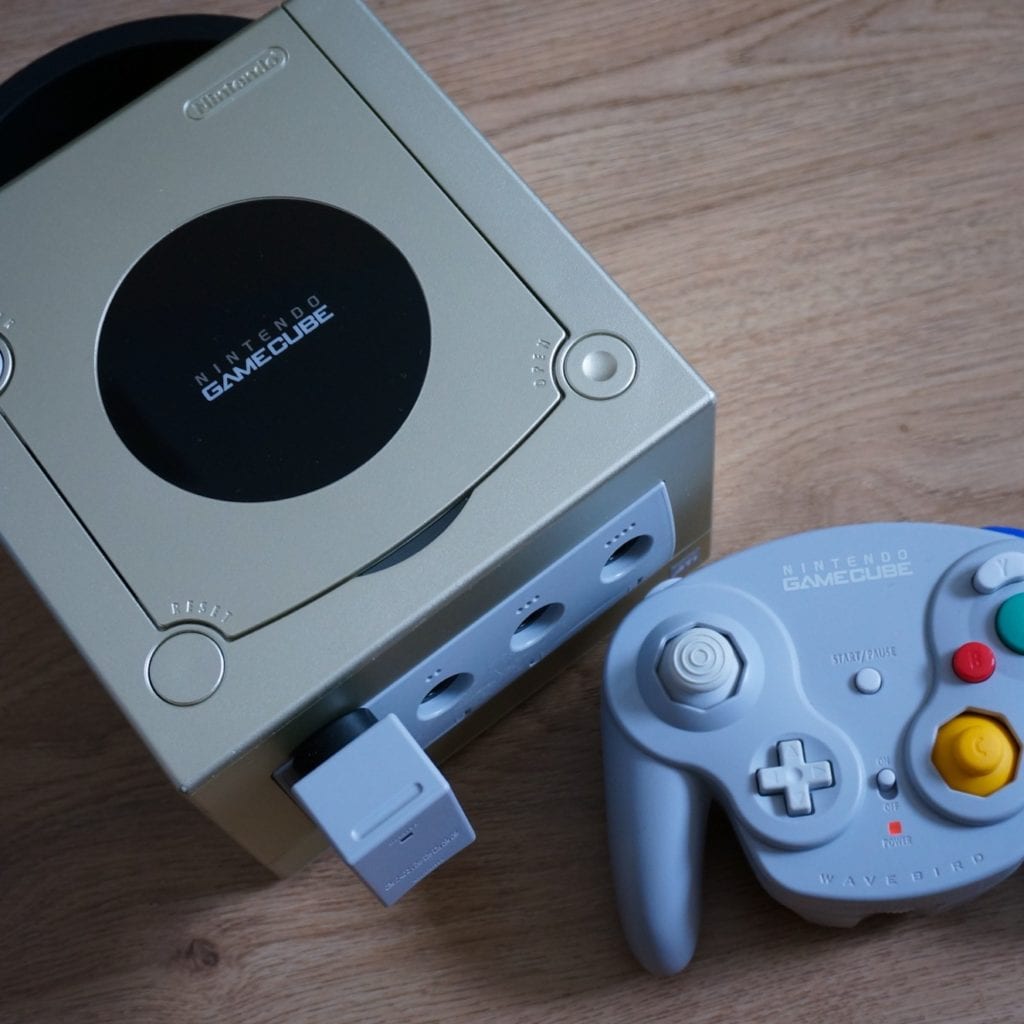 7) How do you currently go about sourcing new bits for your gaming shelves? Do you have any specific hotspots for retro merch?

We’re pretty limited in the UK for many retro game shops, in my area at least. But definitely checking stores like CEX and Cash Converters. eBay and Gumtree are a must too! You can sometimes find some pretty nice things. I’ve found boxed N64 games and Gamecube games in my collection from all of those places. Also, many of the Gaming Expo Events in the UK have a load of stalls with many retro games for sale too. Another great way to source stuff is by letting people like family and friends know you’re looking for things, you never know what might come up!

I just recently met up with a lad about mins away from who sold a complete mint Super Smash Bros 64! We were friend of friends, but just get yourself out there if you want to find some awesome things!

8) What games have just been impossible to find?

Thankfully most of the games i want to collect ive been lucky to find out in the wild or… as long as I don’t mind paying the price for it online. Sometimes even battling someone on an eBay auction, getting carried away throwing money down! Haha. But games like Banjo Tooie and Conkers Bad Fur Day are hard to come by boxed and complete mint. I don’t mind just waiting it out though. 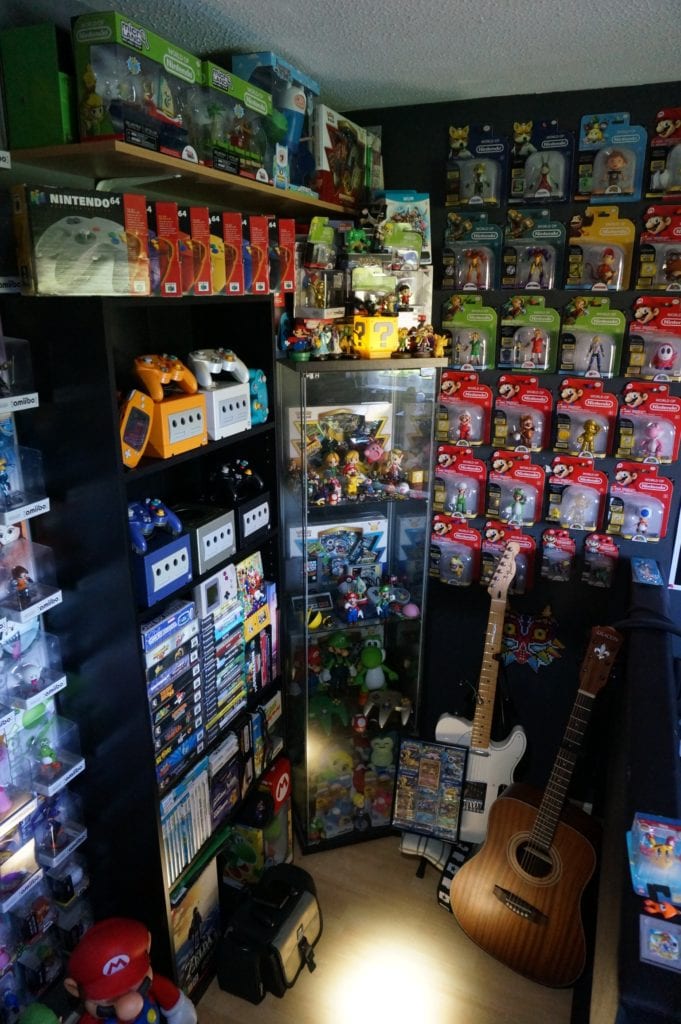 9) What’s currently in your gaming playlist?

At the minute I’m currently juggling:

10) As an avid collector, what tips would you have for someone starting out?

Get yourself out there, let family and friends know you’re looking for certain things. Figure out what you really want to collect! Regularly check your local game stores and even eBay and Gumtree. Definitely think about going to a game expo, you’ll find some nice collectibles at those places! Set up a Instagram and get involved in the awesome community. There are so many others who are doing the same.