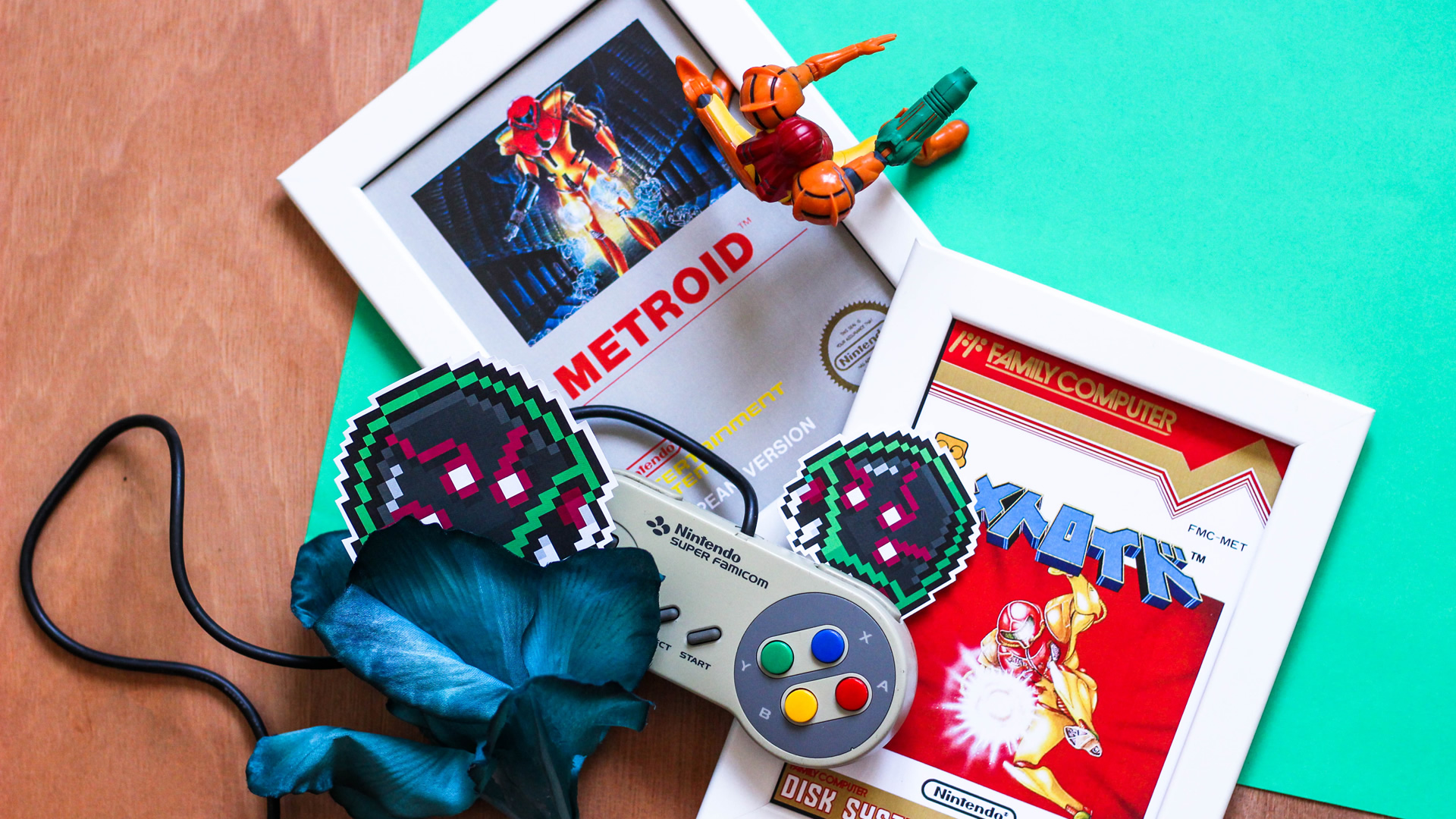 Samus has seen it all. From epic battles against a demoic flying beast to travelling deep underground, she has been on many epic quests across space. The powerful space warrior has an absolutely epic backstory: here are six Metroid morsels about Samus Aran.

Ever wondered how the Morph Ball works? The Metroid series is packed full of amazing abilities for the greatest bounty hunter. Need to creep through a tight spot or dodge some fiendish enemy attacks? Simply roll into a teeny glowing ball. But how does a 6-foot hunter turn into a teeny Morph Ball? According to Metroid Prime concept art, Samus shrinks down to miniature size to fit, like a hamster in a wheel. An alien-fighting hamster, that is!

Samus was Raised by Birds

Samus once lived a life of peace on a colony called K-2L. Bunny lovers would have been totally at home here; a lush, Earth-like world inhabited by little rabbit creatures! The furry times were interrupted by the devious space-pirates, who destroyed practically everything. The bird tribe, Chozo, intercepted the K-2L distress signal and just managed to save poor Samus. They took her in, raising her to eventually command their invention: the Power Suit.

Samus is perhaps one of the most trained protagonists in the world of Nintendo. Athletic, exceptionally smart and courageous; a sole adventurer. Her suit demands so much energy – so much so that Samus needs “mental energy” to keep control. If she slips, her suit can respond accordingly. 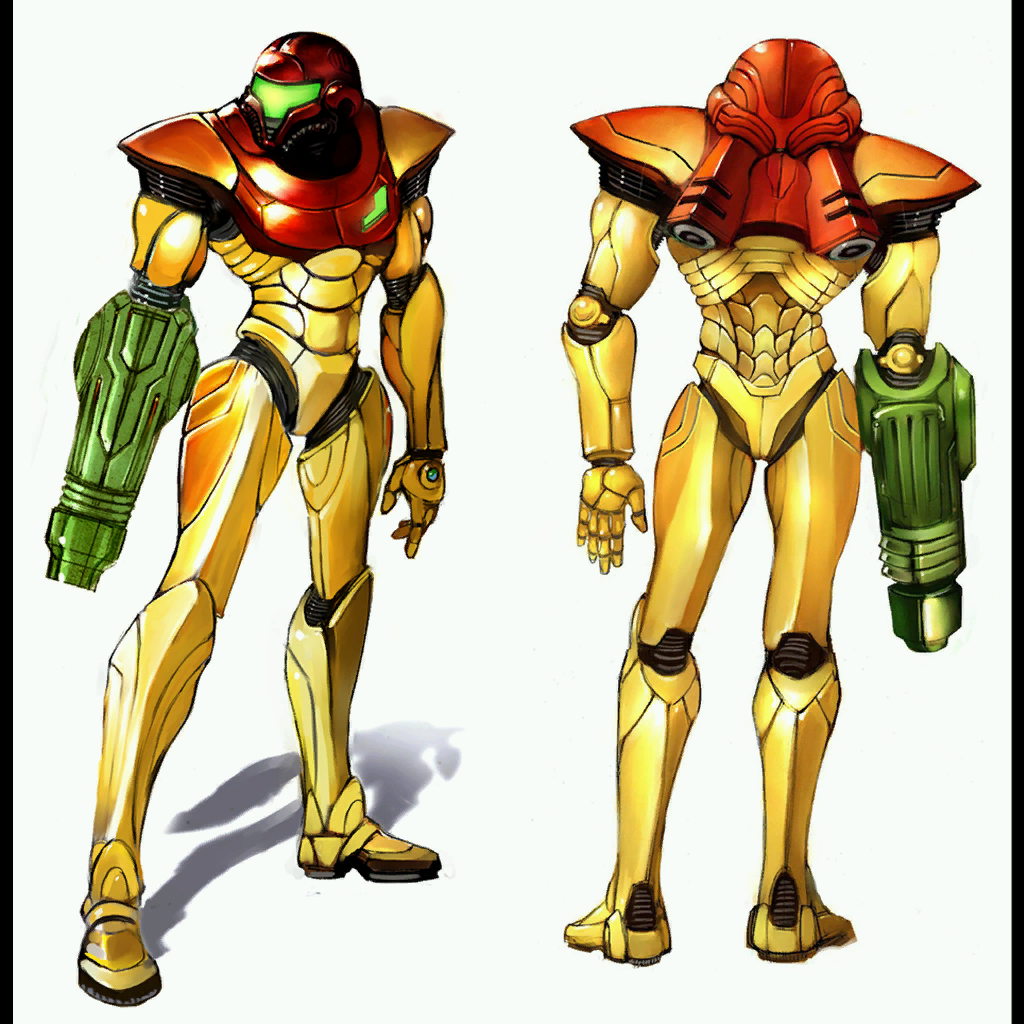 Hollywood has dabbled in space films for decades. The power of film and audio has created some incredible fictional worlds, freaky aliens and powerful protagonists! Many cite Alien and Sigourney Weaver as the catalyst for the Metroid series. However the father of Metroid, Yoshio Sakamoto, feels that Samus’ design was inspired by Kim Basinger’s appearance the movie 9 1/2 Weeks. 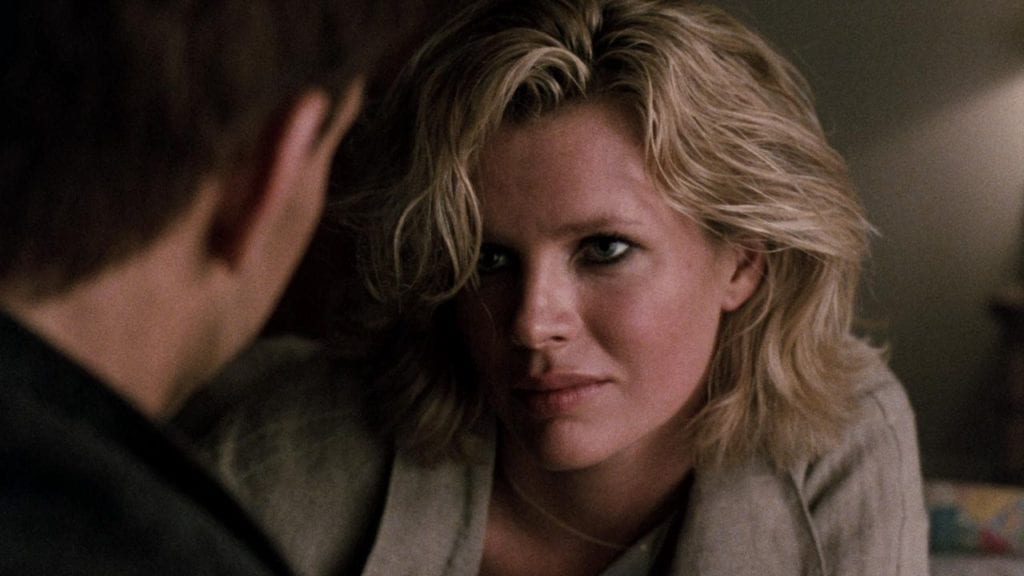 How the name Metroid came to be

The name “Metroid” is perhaps one of Nintendo’s most unique and memorable names. It’s futuristic, alien sounding. A completely apt name for a tale of exploration across freaky planets! Just how did the folk at Nintendo come up with Metroid, though? An article in Nintendo Dream confirms that the term “android” was blended with “metro subway” to get the name. Interestingly it was originally called Space Hunter. 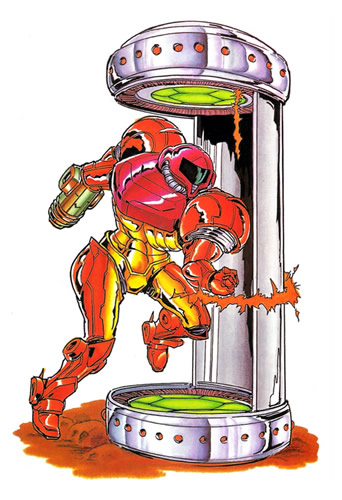 Samus may not be alone?

Those pesky Space Pirates on the K-2L colony seemingly left Samus as an orphan, raised by bird people. However Nintendo’s bounty hunter could have a relative out there in the deepest regions of space. Teased in the Nintendo Power story Blood of the Chozo, Samus’ younger brother goes by the name Soloman. That said, Soloman’s “missing and presumed dead”, but you never know…

Be sure to check out our previous blog for even more Samus Aran facts and Metroid trivia.