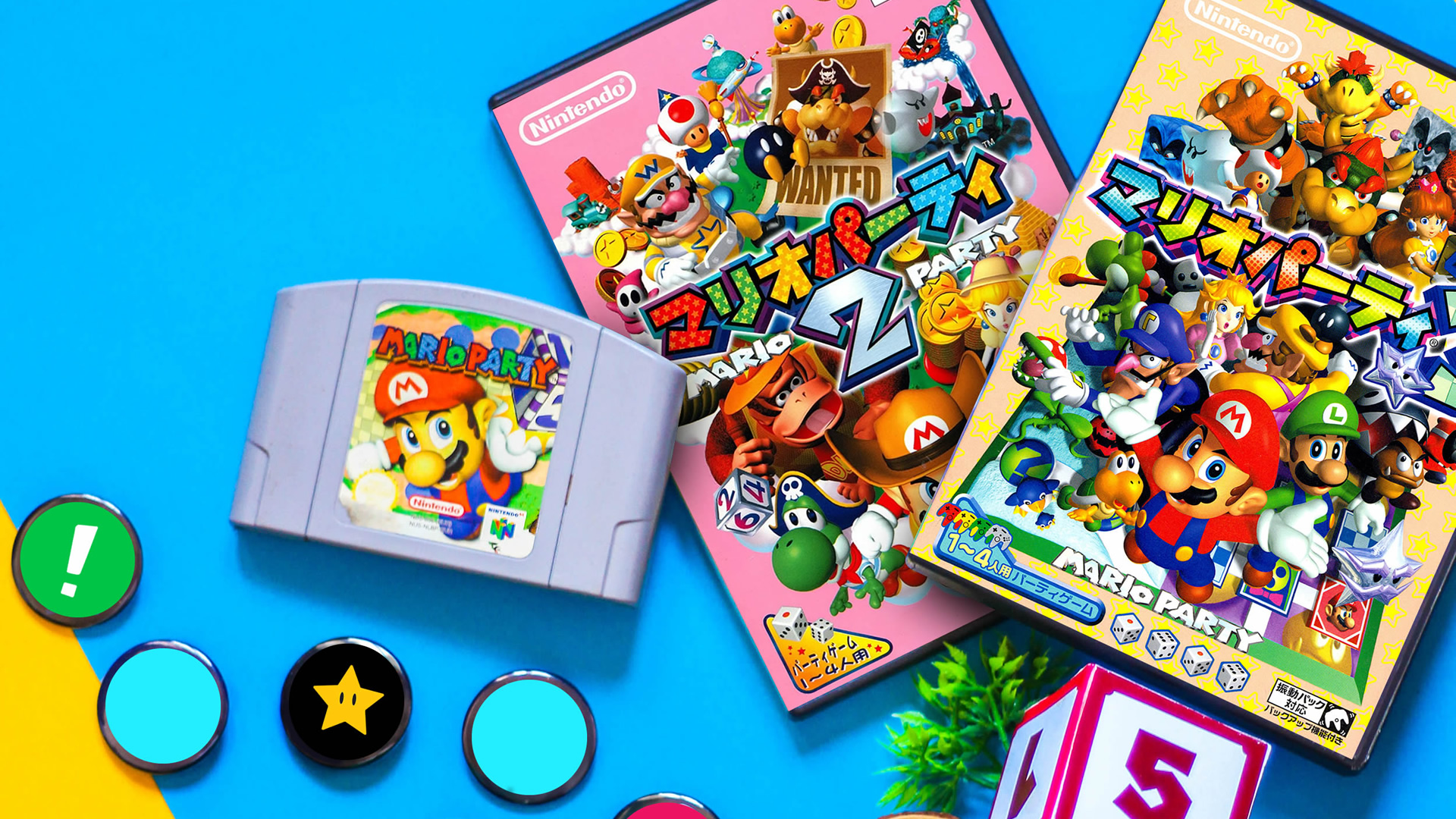 I can’t believe Mario Party Superstars is a thing. Classic boards from the Mario Party games and a whole bunch of iconic mini-games. A dream I never quite imagined would come true, finally born on the Nintendo Switch. Much, much hype! The game will have 5 boards when it launches – keeping us rolling for hours! But what about Mario Party Superstars DLC? Will Nintendo release fresh boards?

Will there be Mario Party Superstars DLC?

The treasure is locked away, deep in the depths of the Donkey Kong jungle! One of the favourites from the original game. How many hours were spent running away from tricky boulders and trying to avoid Bowser’s wrath? Jungle Adventure is fun board with multiple branching paths, tricky Whomps that block the path and a classic Mario Party groove. It’s about time the simian gets the spotlight and having this classic board back would be an awesome treat for DK fans! 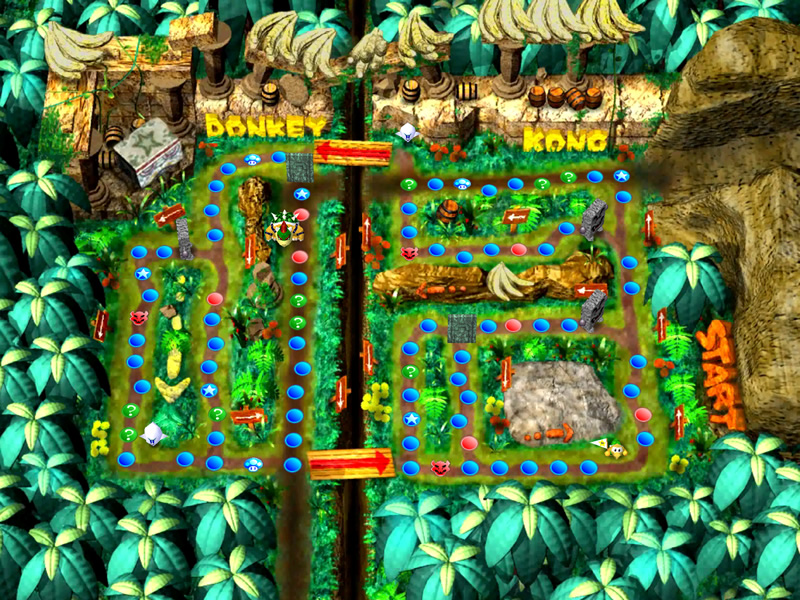 Anyone for a little holiday? It couldn’t be a Mario Party game without a trip to a tropical island! Much like Megafruit Paradise from Super Mario Party, Yoshi’s Tropical Island is packed full of delicious fruit and the adorable Yoshi! A tale of two halves – one that takes you to Bowser, and another that rewards you with a sweet star. Sound simple? The two can swap as soon as a happening space is triggered, making for a frantically fun session! Who knows who’ll stumble on that cheeky Koopa boss? With the added items, it could unlock a completely different strategy! 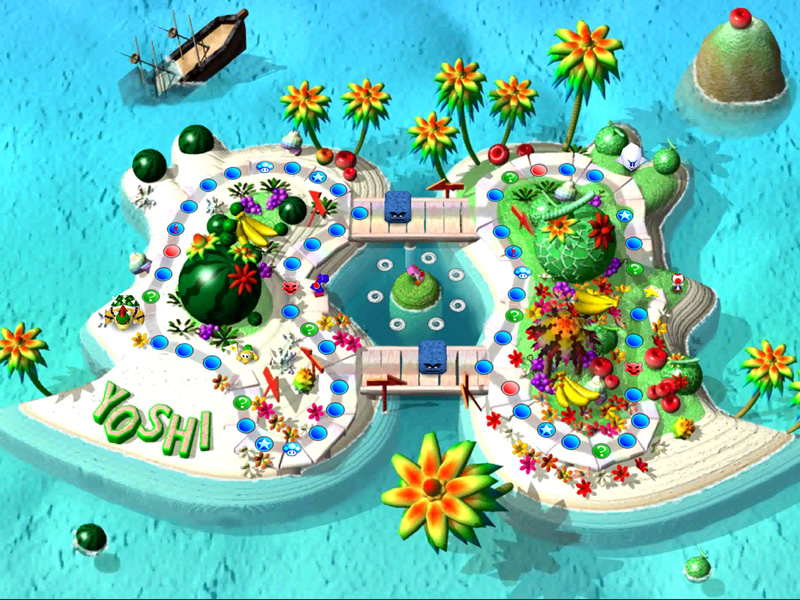 Gun tootin’, bank robbin, train riding trip to the ol’ Wild West! One of the best boards from the classic Mario Party 2 had to be Western Land! A little set-piece of classic Western film tropes tucked away in a desert diorama! Mario Party 2 had the best themed boards, and this one was no exception. Who could say no to a little train ride? The themed shops and event spaces, like a good ol’ hootenanny, add so much charm to the map. Being able to revisit this classic in glorious HD would be an incredible addition to Superstars. Choo choo! 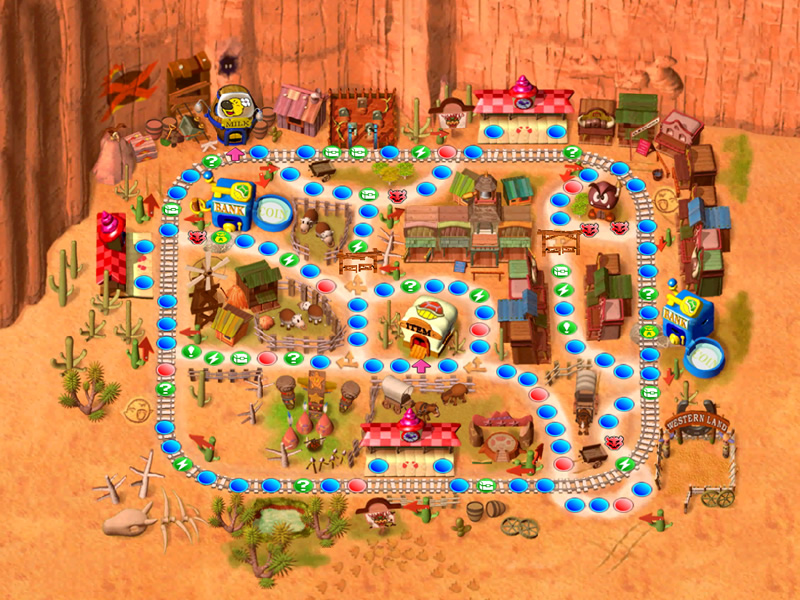 Every Mario Party needs a tricky board and Mystery Land from Mario Party 2 could totally fill that space. Fun intended. Whilst this board doesn’t have too many spaces, it’s riddled with complex mechanics as you’re thrown into the middle of a deep forest, full of different mini maps as you explore these ruins. Full of magic, curses and tonnes of mystery, it would be a great map to drop into Superstars perhaps as DLC. Can you escape Mystery Land alive? 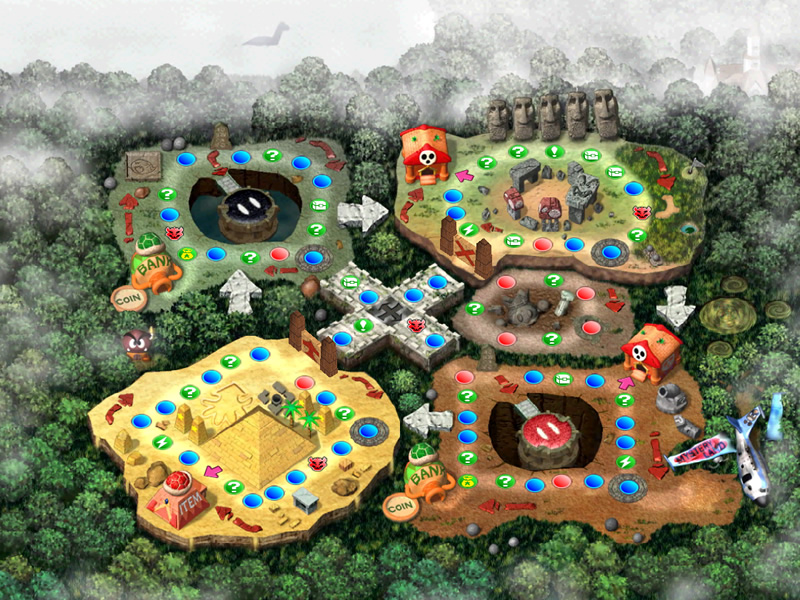 Boo! A Mario Party selection wouldn’t be complete without a little something spooky. A little something scary! Armed with creepy crawlies and scares in deep caves, Creepy Cavern is one of the highlights from Mario Party 3. Multiple routes and event spaces to push you off track, pun intended, the map is challenging but full of fun. Creepy Cavern definitely tops the bill for awesome music, one of the best in this Nintendo 64 classic! 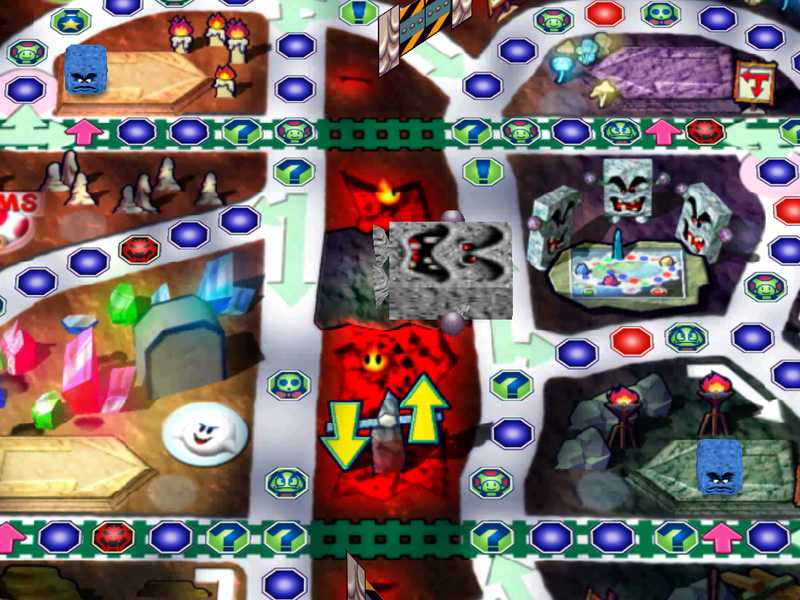 Waluigi may have missed his invitation to Super Smash Bros, but how about bringing back his iconic Mario Party 3 map? The final stage from the game was full of multiple mini-islands and tricky routes as things get a bit explosive! The highlight is a centre piece that can trigger a huge explosion – sending players back to the start. The quirky plumber’s branding is just about everywhere on this island. It’s time we celebrate Walugi in style! 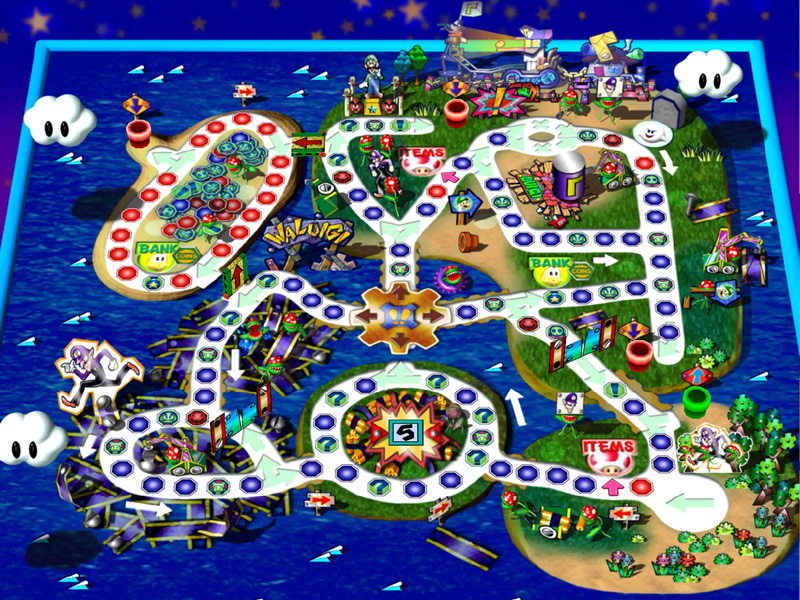 Topping off the list of must-have Mario Party boards for Superstars, a truly fiery classic. Bowser’s Maga Mountain would be the heated finish for the game, seeing contestants climb bowser’s scorching home to try and nab a star and avoid his peril. It wouldn’t be a Mario game without a Bowser themed boss stage, and the original Mario Party design is definitely one of the better ones! Will the Mushroom Kingdom superstars win the day, or will Bowser make them pay? 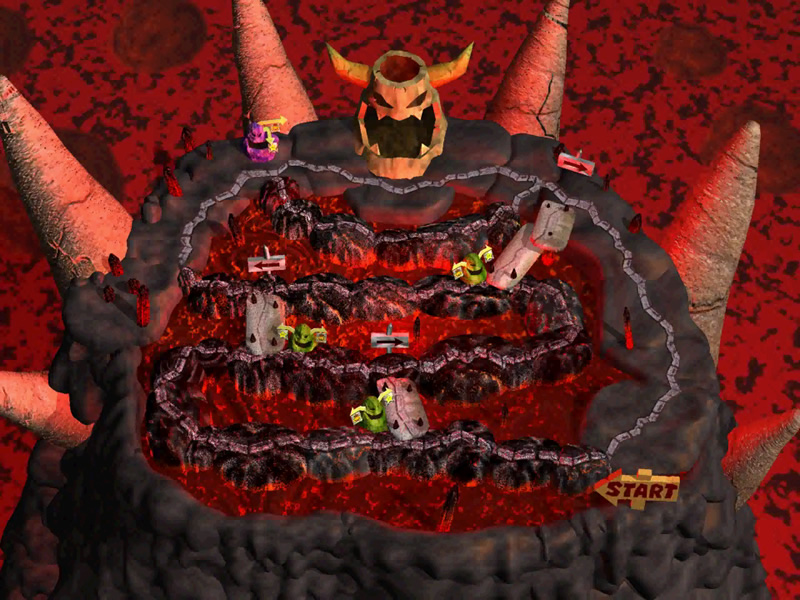 Love the Mario Party series? We’ve brewed up a fresh t-shirt design inspired by the iconic games – there’s nothing like crazy multiplayer sessions to become the ultimate superstar! 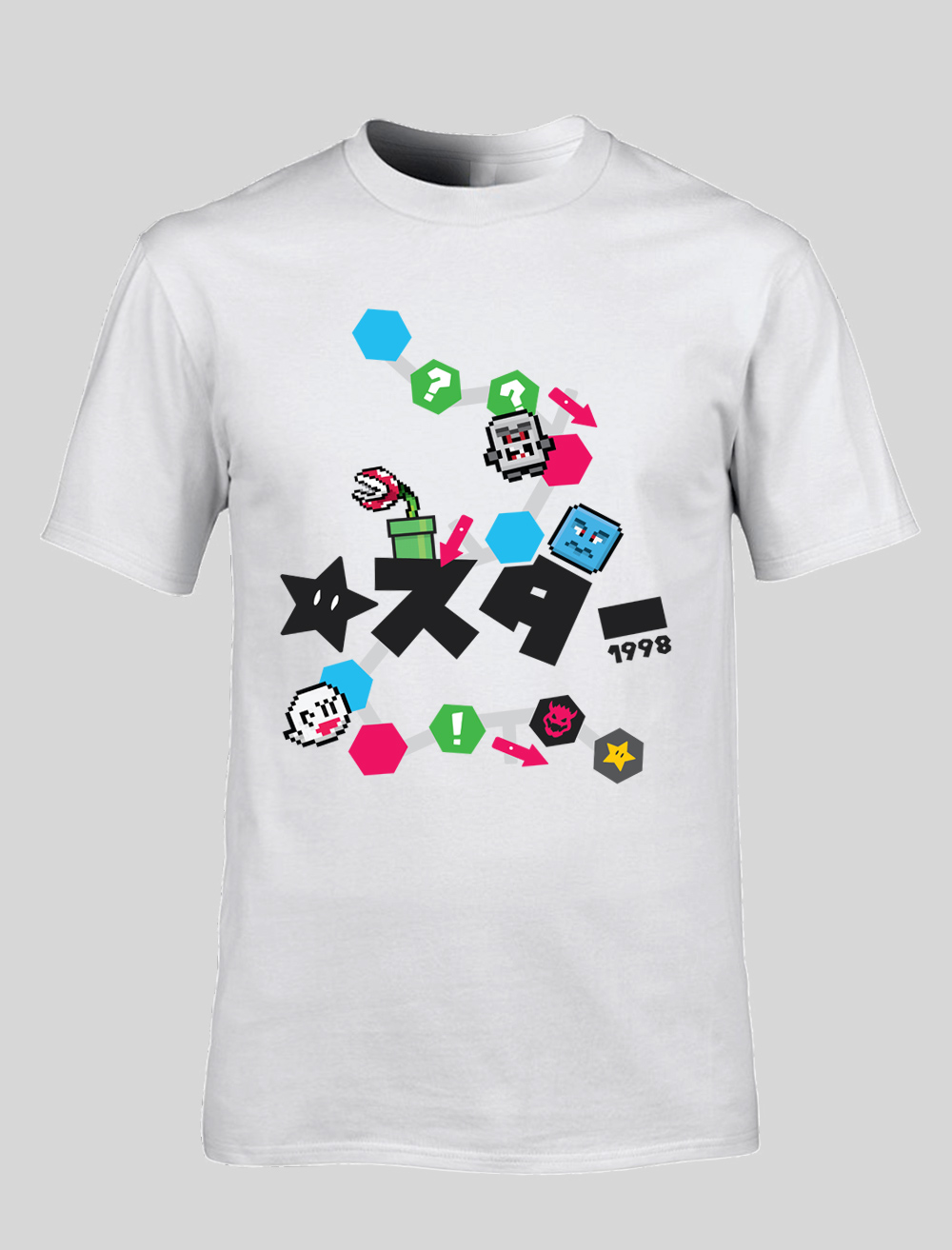