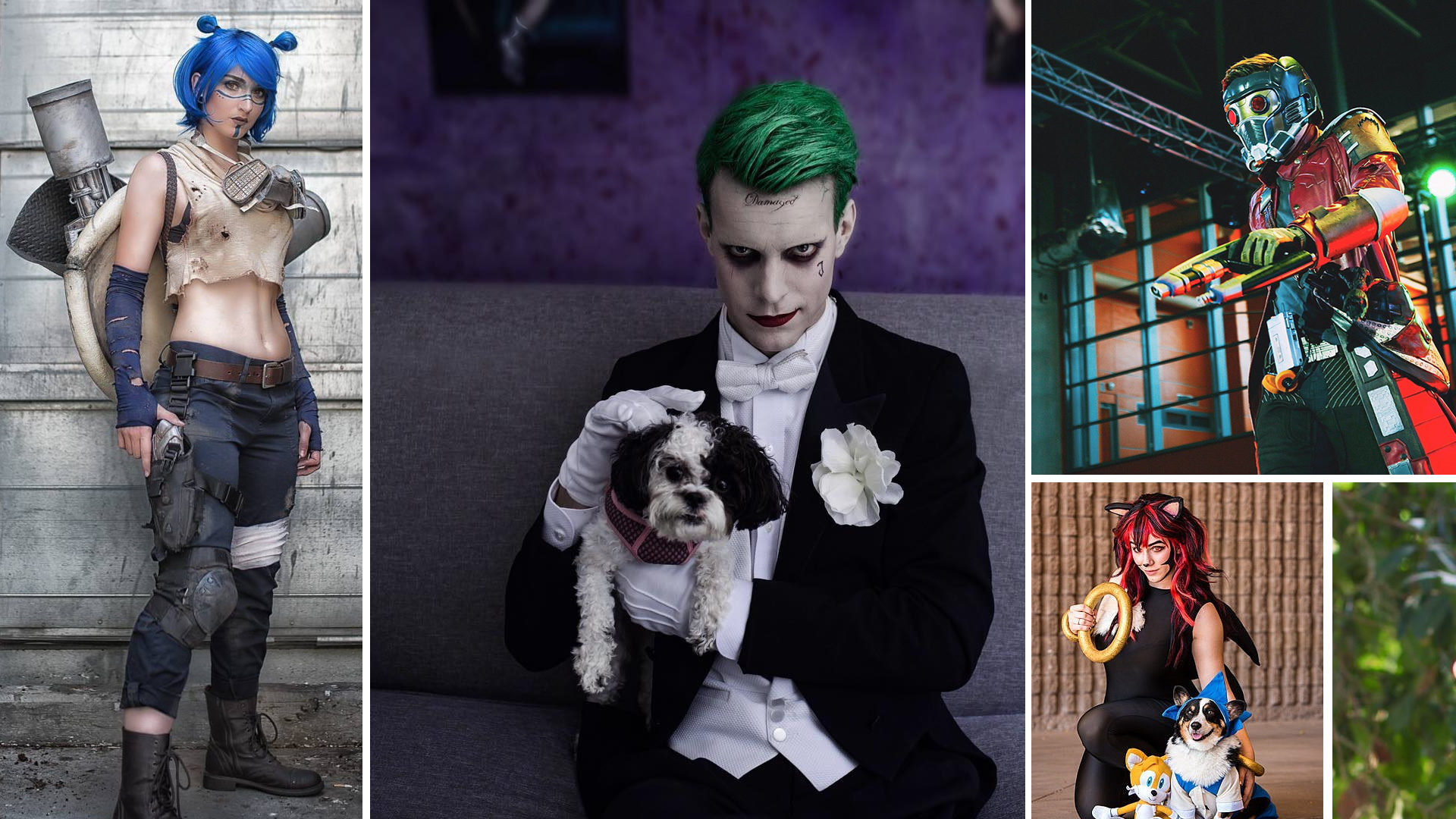 It’s International Cosplay Day; celebrating the work of creators as they embrace their favourite characters.

From Overwatch to Final Fantasy, Batman to The Legend of Zelda; there’s a cosplayer who’ll embody franchises they love. We love how the cosplay community is a welcoming one; with anyone and everyone encouraged to become any character they want to be! If you haven’t given cosplay a go yet, go for it!

To celebrate International Cosplay Day, we’ve picked out just some of our most recent favourite pieces from our cosplay friends as inspiration – fantastic twists on beloved characters; and unbelievable armour / weapon builds.

We absolutely love Leon’s dedication to the Final Fantasy series; with his creations capturing the essence of strength and adventure. He’s portrayed the mighty warrior Gladiolus, and in this particular design goes forth as the Final Fantasy XV chap, Prompto. Leon rocks a JRPG wig, mighty weapons, and pays attention to the fine details that make the Final Fantasy characters so memorable! Outside of the RPG element, Leon dabbles in Tekken, League of Legends, Resident Evil and much more.

Jem produces incredible, realistic armour and intricate weapons! We’re always in awe with how these builds come together. One of our favourite pieces from @littlejem4’s collection so far has to be the wonderfully quirky Linkle! First seen in Hyrule Warriors, the aspiring Hylian sets out on a quest to rid the land of baddies. Armed with two crossbows and a magical compass, Jem captures the spritely energy of The Legend of Zelda perfectly! Her builds and behind-the-scene snaps on Instagram are a definitive insight for anyone working on weaponry.

3. @brosephdavid is the super villain extraordinaire

It takes something quite special to embody characters like The Joker, The Riddler or anything from the dark and melancholic world of Batman. Broseph suits up and melds performance with costume in a seamless way. Manic, green haired with a sinister smile; the right concoction to become the villain himself! Broseph also takes on the Doctor, Spidey, Team Rocket and is also a dab hand at the guitar!

4. The master of Armour, @jessicanigri

Armour is a fascinating side to cosplay that takes hours, if not days, of intricate work to put together. We have a tonne of admiration for Jessica’s armoured creation, from the foam work to the final, teeny tiny details that bring these characters to life. @jessicanigri also showcases these builds on YouTube; an interesting tale of how each piece comes together – inspiring many others to give armoured builds a go!

5. Storming the Desert with @enjinight’s Katarina

With a wealth of different looks and styles, @enjinight has a brilliant repertoire of cosplay creations. One of her more recent standout pieces lately has to be Katarina from League of Legends; a striking design that has such intricate little details. Armed with two deadly blades and a stunning beach backdrop, Katarina is definitely one of our favourites. Enji has also crafted looks based on Tomb Raider, Harley Quin, Dead or Alive and much more!

The world of Pokémon is so diverse that many cosplayers have created their own interpretations of Pikachu and co: Armoured Charizards, Eevee-evolutions and more. Kate has spun a universe of her own for Pokémon – what would happen in the aftermath of an apocalypse? We absolutely adore Kate’s take on a post-apoc Blastoise, and previously a brilliant, gritty Cubone. Kate’s also explored Halo, Life is Strange and Overwatch with neat twists on popular faces.

7. @sunjicosplay is The Lord of the Stars

Rocking the Starlord look, it’s Alex! We love his takes on science fiction worlds, from the Guardians of the Galaxy sets to lightsaber wielding, heated Star Wars battles! There’s plenty of high-octane action moments, with a sprinkling of Alex humour. @sunjicosplay has also wandered into the world of Daredevil, Overwatch and X-Men – lights, swords and guns at his disposal.

Gotta go fast! The universe of Sonic the Hedgehog is a tricky one to cosplay given just how odd-looking these speedy animals are. One of our favourite takes on Sonic has to be from AmberSkies – both Sonic and Shadow, complete with spikes, blur fur and those trademark rings! Amber’s latest take even features an adorable little puppy in Sonic’s role. So many feels!

9. Channelling the Soul Self with Raven by @jennifervandamsel

Raven is one of the more unique DC characters; bathed in mystery and sheer power. A force not to be reckoned with, Raven is a prominent member of the Teen Titans. She can manipulate objects and even manifest a soul-self for added oomph! A challenging character to capture, but Jennifer summons the mood and mystique of Raven perfectly. Outside her Teen Titans role, @jennifervandamsel has created a brilliant Power Girl, Solid Peach, plus pounced into the ring as Cammie and Raiden!

Liz has embraced the hero role with full force; channelling the brilliant Rogue in her latest shoot – complete with the classic 90s animation touches! Have got to love the original X-Men colourful suits, and @callmepowergirl absorbs these characters incredibly well. Liz is also a dab hand at crafting armour, with Mass Effect and League of Legends designs, plus has also channelled Samus, Cammy and, of course, Powergirl!