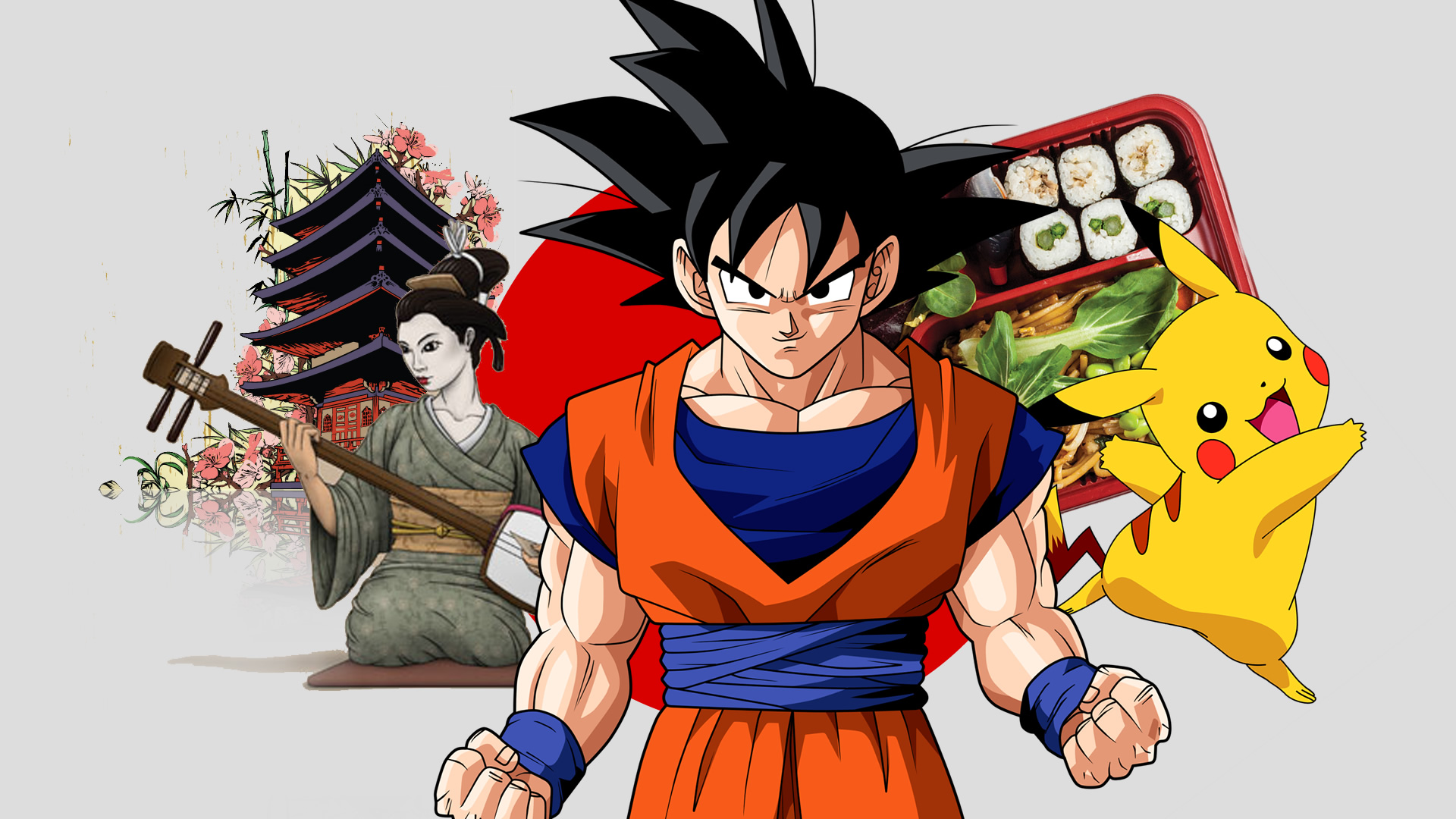 Where’s the best place to find anime, gaming, art, cosplay, Japanese culture under one roof? You could hop on a plane and nip on over to Japan, but the next best thing is the Hyper Japan Festival! Taking place in London annually, the event is an explosion of cute and colourful; quirky and wonderful.

There’s a wealth of stories that originate from talented Japanese artists, performers and studios – so why not celebrate and embrace this? What makes Hyper Japan so exciting? Here are our Top 5 Things About Hyper Japan – 2019 edition! Plus, a summary of our first-ever stand at Hyper Japan! 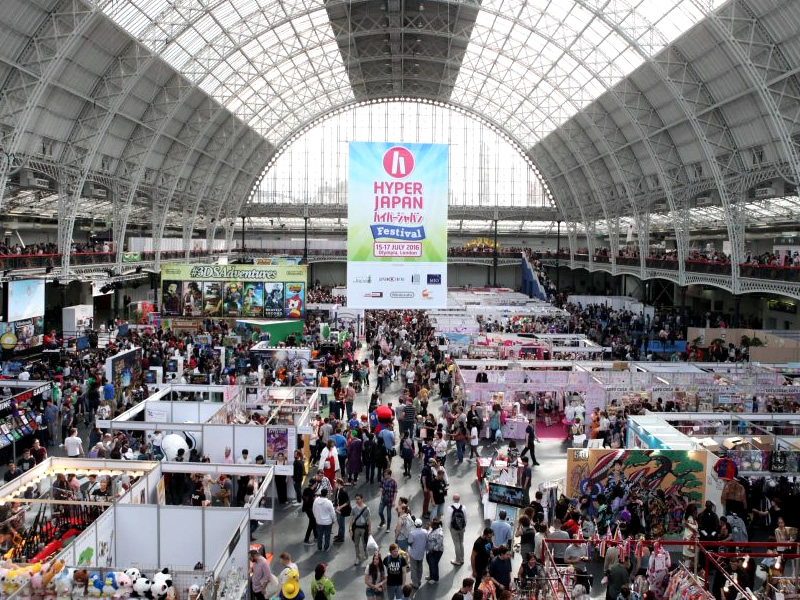 A Decade of Hyper Japan

Can you believe it’s been ten years? Lots of anime, film and gaming fans usually look to conventions like Comic Con for their taste of geekiness, but Hyper Japan is certainly up there; oozing fandom from every corner. Throughout the years, the event has grown from strength to strength, providing a genuine taste of the East to seasoned fans and newcomers alike!

It all started in 2010, bringing the best food & entertainment from Japan – all under one roof. Shows, tasters and tonnes of things to try; it set to showcase the best bits from the land of the Rising Sun. Hyper Japan proved to be super popular and is now held twice per year.

Of course, Nintendo and Japan go hand to hand. As one of the biggest studios in the world, and arguably the hottest talent from Japan – Nintendo had centre stage. From the very moment the doors opened, a flurry of trainers dove straight for the Pokémon Sun and Moon booth, with Hylian warriors checking out Zelda: Link’s Awakening. With so many sweet goodies in store on Nintendo Switch this year, it was a delicious treat for fans! Unfortunately, we couldn’t sneak away from our booth to give the games a go, just watching in awe from the balcony above!

2. Hyper Japan is a Haven for Cosplayers & Costume Makers

Cosplay and Hyper Japan are a match-made in heaven. It wouldn’t be a geeky convention without a taster of cosplay; and the space is perfect for seasoned costume-creators and newcomers alike. From an adorable Toad/Toadette duo to a hobbling Pikachu, there were plenty of incredible cosplayers who wandered the halls. With a dedicated stage showcase, plus a wealth of Japanese franchises to draw inspiration from, Hyper Japan is definitely the place to take your cosplay looks to! 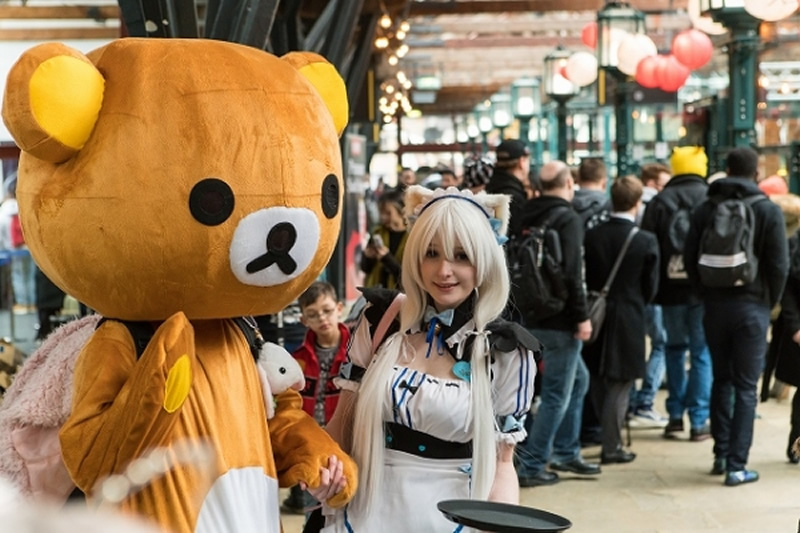 3. Incredible Independent Artists are one of our Top 5 Things About Hyper Japan

Perhaps the best highlight of Hyper Japan had to be wealth of independent artists. We were in absolute awe; and inspired by the creators in the Hyper Japan market. From solo-artists who penned portraits throughout the weekend, to seasoned veterans, there were so many incredible pieces to lap up. Prints, merch, customs – there’s a lot to admire. Hyper Japan plays a lot of spotlight onto these creators, with so much buzz and excitement around these creators. It’s something we absolutely love to see – not hidden away in the shadows but taking prime position!

You may know Japan for the boundless gaming and animé, but the country has a vast number of traditions – many still in play today. From dance to dress, music to martial arts – the show focuses on arts to learn and be inspired by. Want to take up a new form of traditional Japanese dance? Hyper Japan showcased different sides to Japan’s colourful history; engaging, intriguing and something for everyone to explore! It’s great to see the culture being such a central part of the event; from the early days till today – a big part of what makes Hyper Japan so different to other conventions.

5. Japanese Grub? One of our Top 5 Things About Hyper Japan!

Of course, last – but not least, the food. Who can say no to sickly sweet chicken skewers? Who could possibly resist lightly battered seafood? The aroma, the delicate, refined and delicious food – this was the place to sample a tonne of delicious treats. Sweet, spicy, rich or sour – there was something for everyone to devour! Queues, admittedly, were long. We’re talking long, but definitely worth the wait! 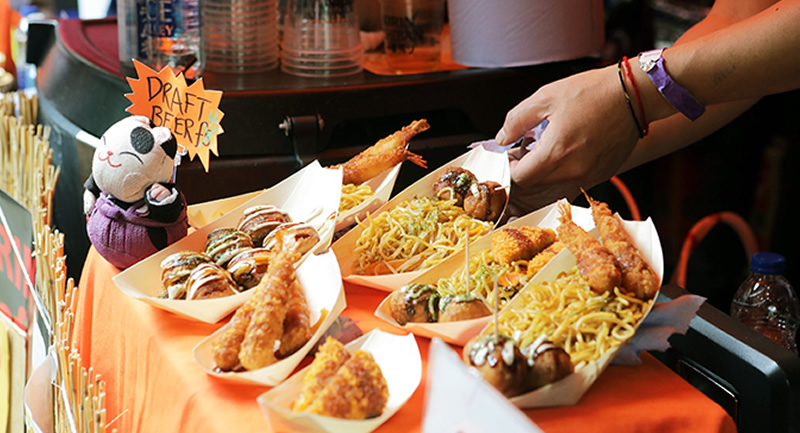 This year we decided to give it a go. Showcasing our fan-art and merch at Hyper Japan has always been the dream, a milestone goal! With weeks left till the event, we decided to simply try it and see! With a table to hold our geeky bits, bottles of water and a running on pure otaku hype – it was 30 hours of pure madness!

Running a geeky convention table is one of the best aspects about running TeeChu. Being able to speak to you in person, be part of the convention buzz and make new friends makes the physical demands so worth it. It’s a two- or three-day grind, but nothing quite comes close! To see someone come away with a smile on their face and to hear your geeky stories is an incredible feeling!