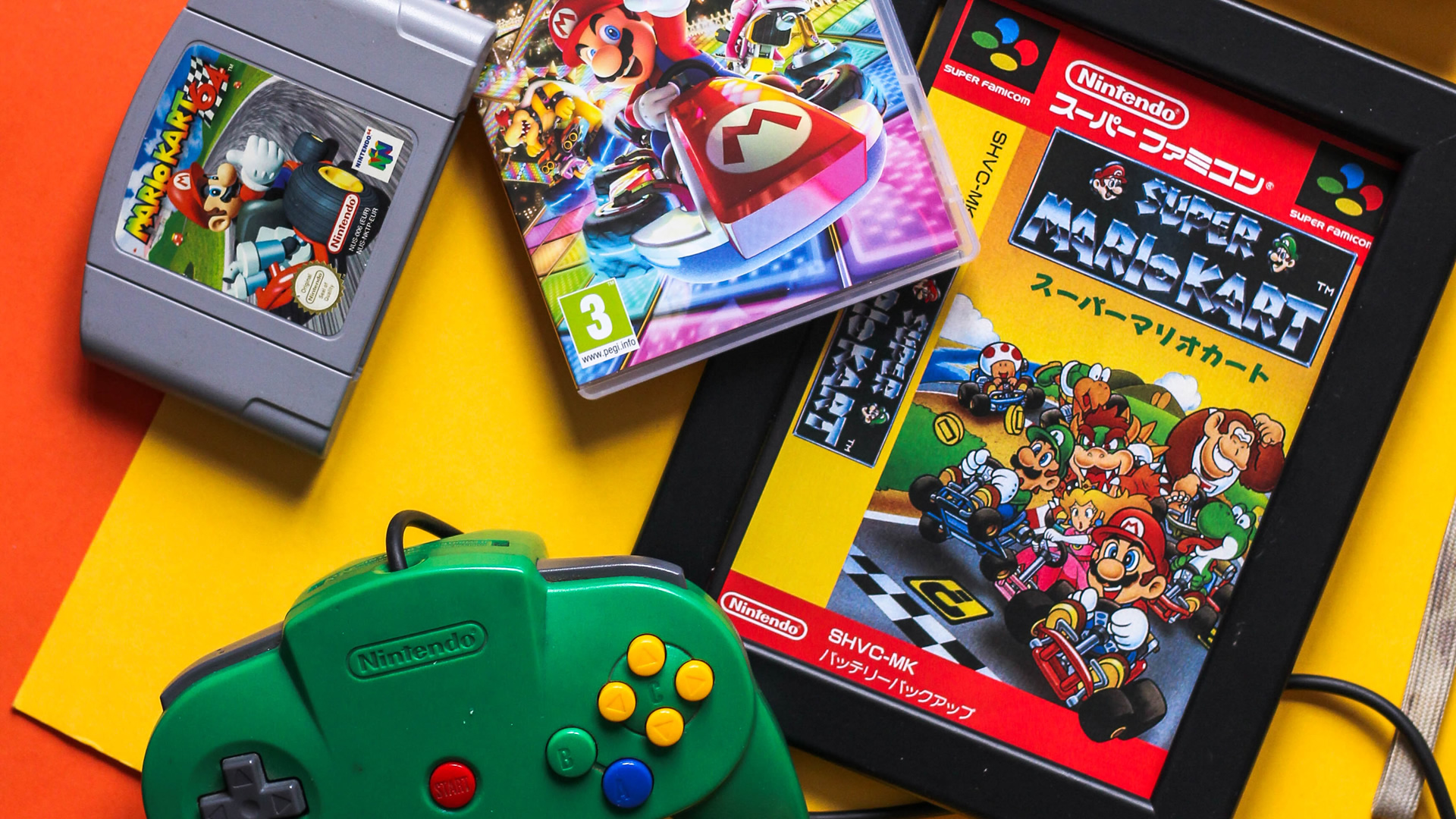 For over 25 years Nintendo have been tearing up the tarmac with intense go-karting action! Friendships formed, friendships shattered. Blue shells, Bullet Bill, banana peels and the iconic Rainbow Road. Here’s how it all began – A Mario Kart history.

A Futuristic Racer and Mode 7 Technology

Super Mario Kart was brewed off the back of new SNES tech called Mode 7. The technology revolutionised SNES games with pseudo 3D effects. Games like the original F-Zero and PilotWings felt like these 2D sprites were zipping around in a 3D space! Just how did it work, exactly? Well, a little bit of tech wizardry allows the background layer to be rotated to create different effects. The SNES has eight graphic modes, with the last one producing this nifty visual spectacle.

One of the earliest games was F-Zero. A superfast, futuristic racer where tracks seemed to rotate as the ship sat in a fixed position. As a single player racer, it flowed with blistering speed and introduced gamers to what felt like 3D for the first time. But how about a game for two?

Nintendo loves creating those multiplayer experiences. Who could forget those four-player marathon runs on the Nintendo 64 for hilarious waggling Wii antics? Two player games were a big draw of the NES, so it was time for Super Mario Kart to up the ante. At first, poor Mario wasn’t even involved. It was simply a prototype where two go-karts would be moving around on screen at the same time. The team loved how if one kart stopped, the other could be seen flying by. As a free as a, well, piece of metal with four wheels.

The driver: a generic bloke in overalls. Nintendo did also have another chap in overalls to try, though, Mario. Why not use Mario for the prototype instead? The porky plumber took a break from his Princess-saving adventures and the rest of history.

Battle Mode has been a staple of Mario Kart since day one. Being able to drive about, fire shells at one another is deliciously good fun. It can as Nintendo wanted to have something a little different than just competing for a racing rank. It was time to pop some balloons…

Ever wondered why Lakitu appears at the very start of each race? The curious floating fellow apparently owns the race tracks in Super Mario Kart, according to the instruction manual. Given he pots a handful of coins each time someone falls out of bounds, he’s bounty to be filthy, Mushroom Kingdom rich!

The Future of Mario Kart

Since Super Mario Kart there have been a tonne of racing antics for Mario and friends. Dashing atop trees on motorbikes, sharing karts whilst riding on a ferry and even heading online for the first time. It doesn’t stop and stays very much true to the Super Mario Kart roots. Crazy competition, wacky items and memorable race circuits. Get karted!

Want to celebrate all things Mario Kart? Get those retro vibes and make a bid for first place with our Pixel Racer tee. It may, or may not, have blue-shell-dodging abilities built in! 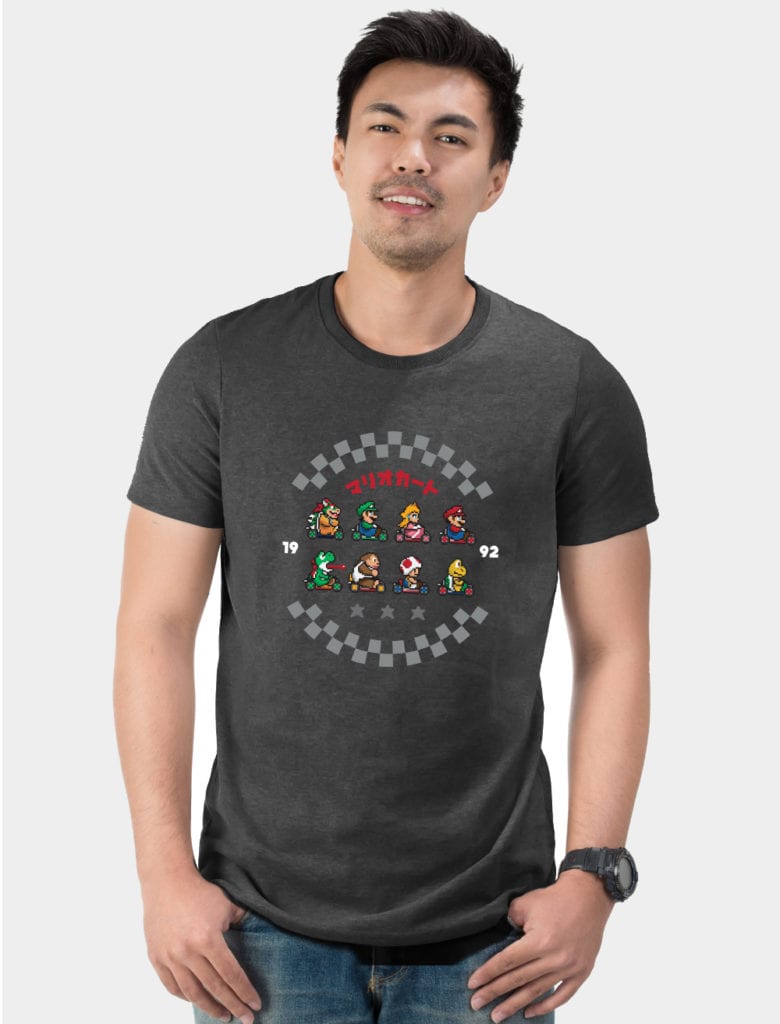 What’s your favourite Mario Kart game of all time?