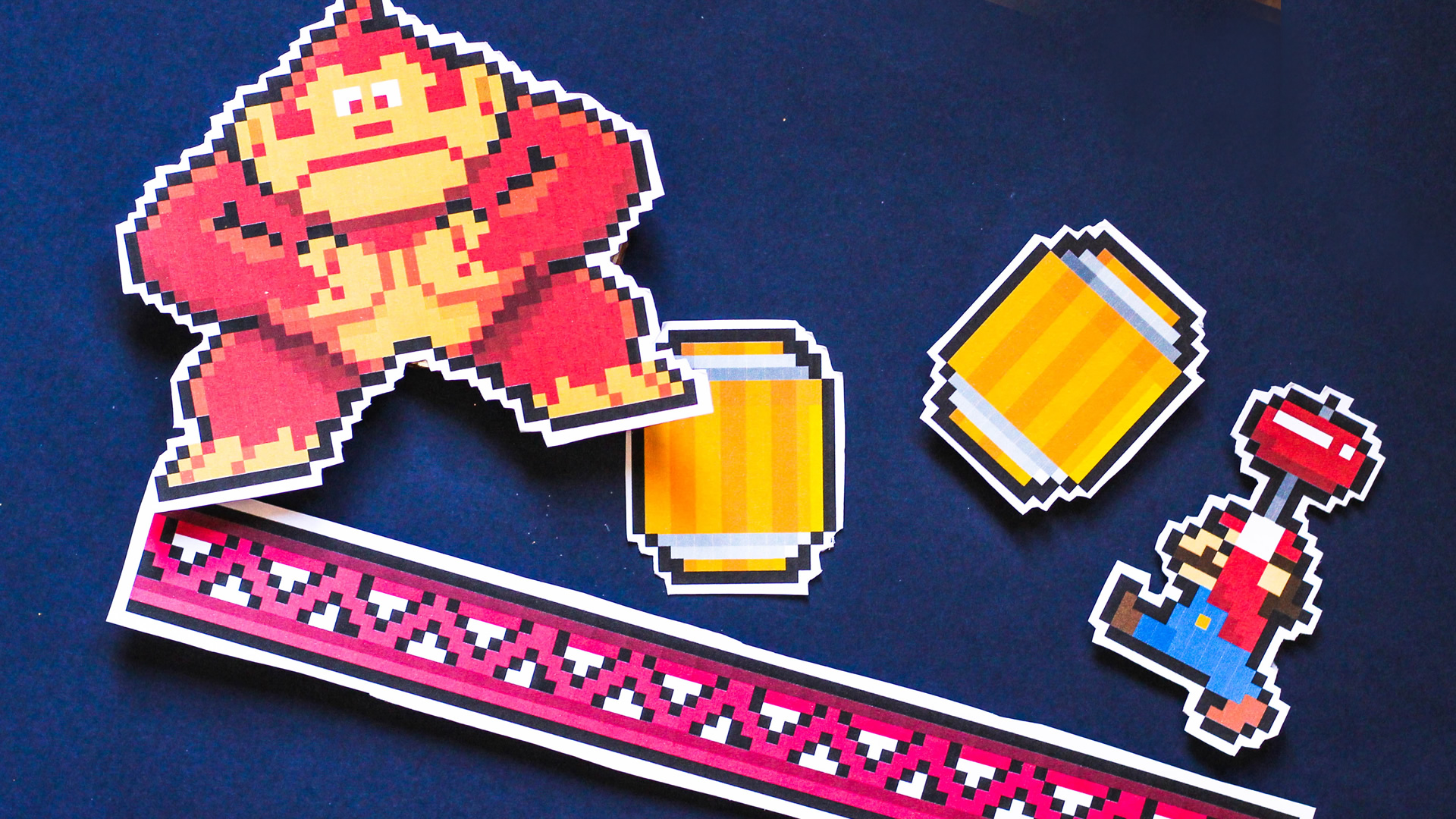 It’s been 25 years since the iconic remake of the classic Donkey Kong arcade game. One of the most loved classics Donkey Kong ’94 brought back the frantic platforming fun, with new puzzle challenges! We’ve seen both monkey and plumber in many adventures since, but where did it all begin? Here’s a little Donkey Kong arcade history!

To get a taste of where our Donkey Kong arcade history begins, we need to travel back to the early ‘80s. Gaming was still bound to the buzz, the thrill of the coin-op arcade. With Pac-Man cobbling up more coins than pixel ghosts, Nintendo craved a slice of that arcade pie. Shigeru Miyamoto, the father of Mario, originally wanted to create a game based off Popeye, Bluto, and Olive Oyl. A story of love triangles and fierce competition. Fortunately for Nintendo, they never quite grabbed that lucrative Popeye licence! More of this in our Princess Peach facts blog!

Instead, Miyamoto came up with the story of Donkey, Jumpman and Pauline. In a similar archetype to the Popeye series, Jumpman (Mario) fended off the rampant Donkey Kong to save poor old Pauline!

Donkey Kong became Nintendo’s crucial hit – before the Super Mario Bros and Legend of Zelda that came after it. As one of the earliest examples of 2D plaformers, arcade-goers were in awe. Being able to control the hero in such a dynamic and compelling way was a delight in the ‘80s. Despite the monkey taking the headline name, the porky plumber Mario became the star, however!

Something we take for granted these days: the jump button. As one of the earliest games to have character defy gravity, we saw the hero Jump across barrels of fire and wield hammers. We had spaceships and pixel paddles, but this was something truly different! 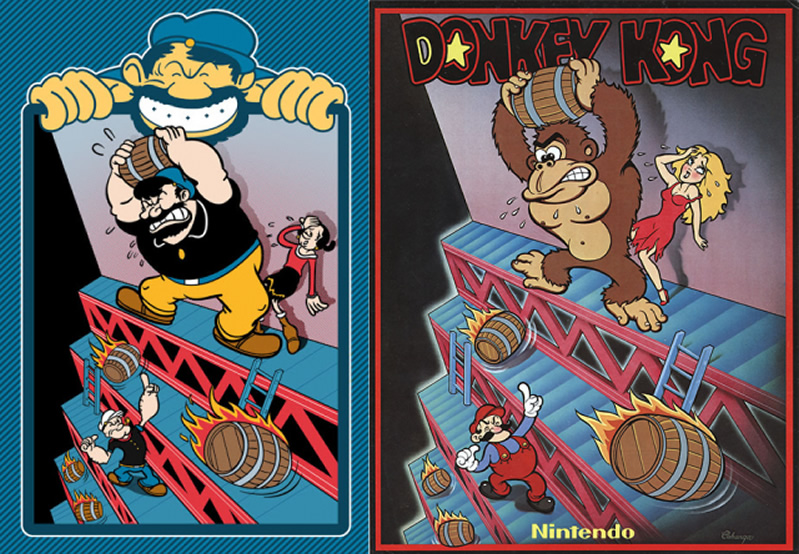 One for the Donkey Kong history books. The lawsuit. The arcade hit started to bleed barrels of money for Nintendo. After an uncertain start, the simian dominated both the US and Japan. Nintendo even licensed the game, something unheard of these days, for other home consoles. Cereal boxes, toys, cartoons and more – Miyamoto’s creations were massively successful! The popularity snuck into Hollywood and Universal City Studios weren’t happy. The studio claimed that Donkey Kong violated its trademark of “King Kong”. The lawsuit failed and Nintendo went on to brew even more games with these much-loved characters! 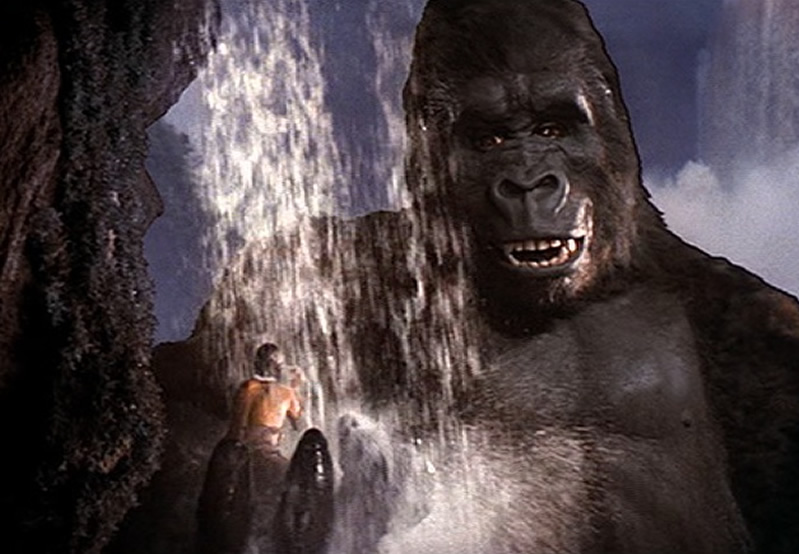 Arcade action in a Donkey Kong ‘94

Imagine taking the glory of the arcade and shrinking it down? The GameBoy version of Donkey Kong turns 25 years old this year. Originally created as a port to the arcade hit, the creators dropped in 97 additional stages across wacky and wonderful worlds. Rather than simply having Mario scramble to the top of the stage, these were driven by key puzzles – clever, engaging and hard.

Donkey Kong ’94 was also used as one of the first games to feature enhanced graphics when playing on the Super Game Boy – including a coloured border and near graphical tweaks!

Since then, we’ve spiritual follow-ups in the quirky Mario vs Donkey Kong series.