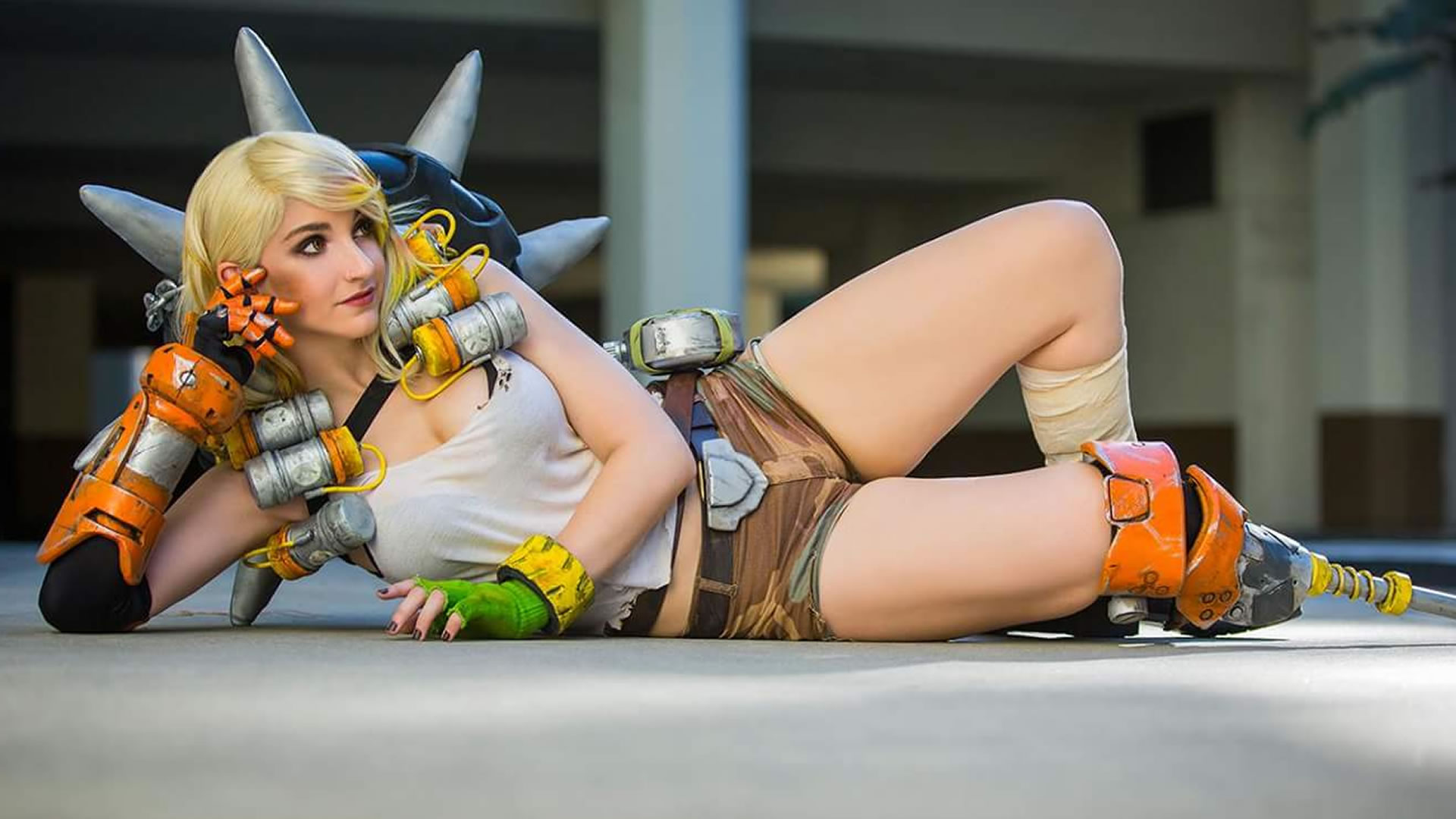 We caught up with cosplay extraordinaire, streamer and creative propmaker Kate to explore her journey so far. We’re big fans of and are impressed by her creations – in particular, ones with unique twists to the characters we know and love – like Pokémon! Kate (known as helloiamkate on social) recalls how she became woven into the world of cosplay, Twitch and a love for a pizza slice or two!

Hello, I am Kate! I am a 23 year old from the California Bay Area. I spend all my time playing video games, watching TV, dancing, getting into shenanigans, and eating pizza.

2. What made you get into cosplay?

I’ve always loved dressing up in costumes. I’ve always gone all out for Halloween and did musical theatre. My freshman year of college I discovered what cosplay was and got so excited that I could dress up more than just once a year! It took me a few years to get the guts to get into it, but I’m so glad I did. 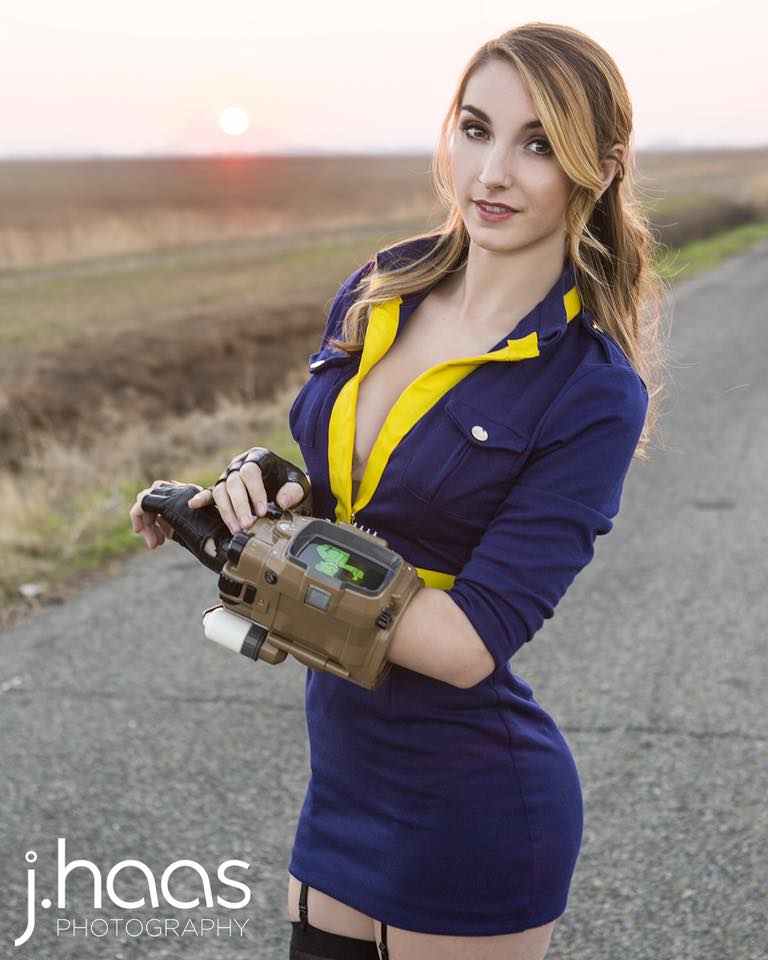 3. We love your different cosplay looks! What has been your favourite creation so far?

I don’t really have a favourite one, but two of the ones I’m most proud of are my Kat from Halo Reach and Junkrat from Overwatch. They took me the longest to make and were probably the most difficult of any I’ve made so far!

4. One of our highlights has to be the brilliant post-apocalyptic Cubone! What inspired you to create this unique take on Pokémon?

I am obsessed with everything post-apocalyptic and love the idea of it and the style (probably stems from my love for Fallout). Why not do a series of post-apocalyptic Pokémon?! I can’t wait to do more Pokémon gijinka in this style. 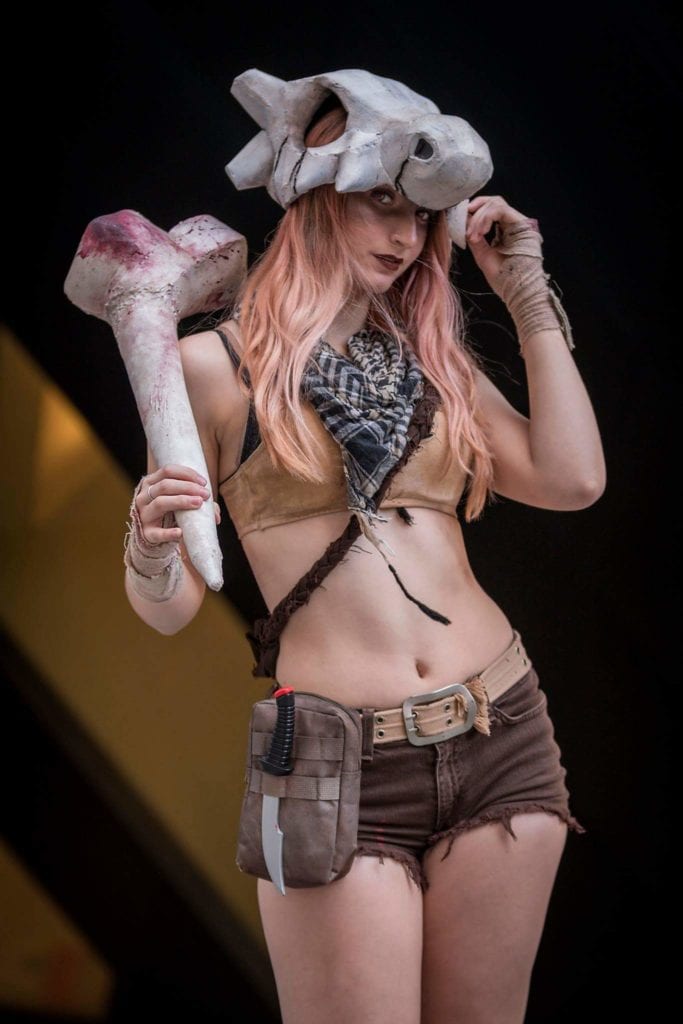 5. If you could have any Pokémon as a companion in our reality, who would it be?

I would want Arcanine as a companion! He’s a big fluffy doggo and a Legendary reject? Sounds like the perfect pup for me. 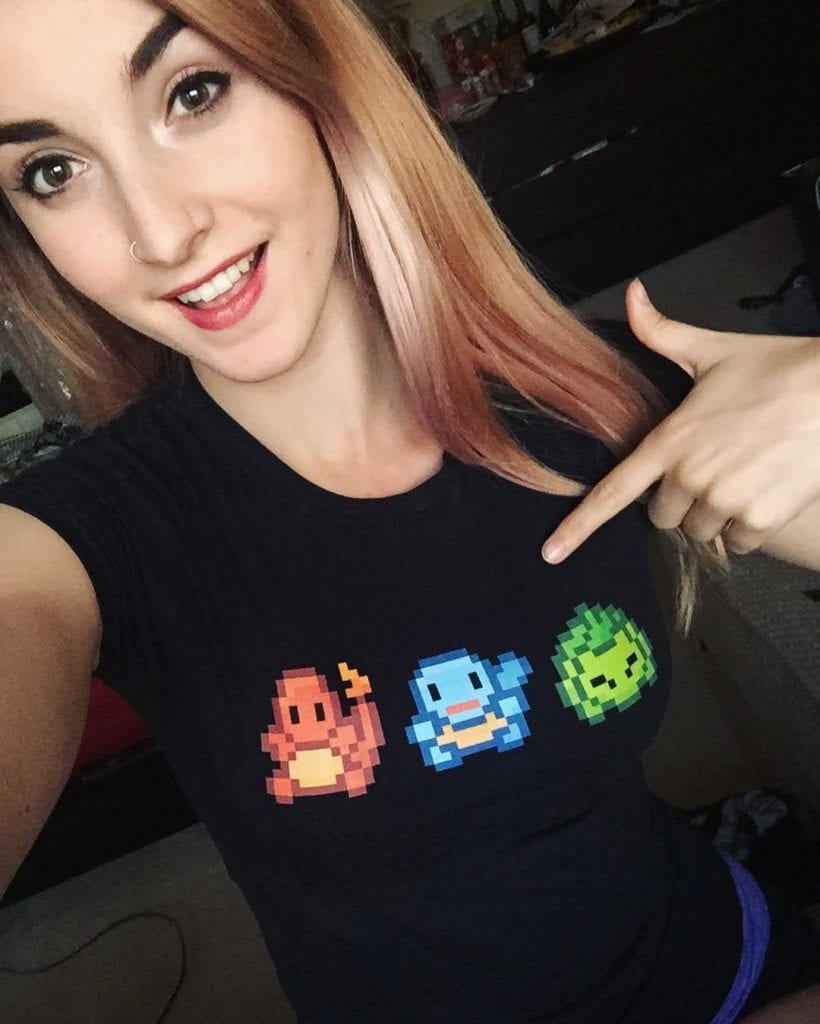 6. What would you say is the hardest part of cosplaying?

There’s a lot of difficult parts of it. Making the costumes, wearing them all day at conventions, and having to deal with any negativity towards them are all very hard to do or deal with. But, in the end they’re definitely worth the trouble.

7. And how about the best thing about cosplay?

The best thing is going to conventions and meeting other people who are equally as excited about the character you’re dressed as and what they’re from. Nerding out with other nerds is so much fun.

8. We love your props! What’s the most challenging one you’ve worked on so far?

The most challenging has got to be my Junkrat tire. Getting it to be proportioned to my body and figuring out a proper strapping system for it was definitely challenging!

9.  Who would you say is your biggest inspiration in the world of cosplay?

I wouldn’t say I have a single biggest inspiration. All my friends in the community are all my inspirations. They’re all so supportive and encouraging, and seeing them grow in their craft inspires me to grow in mine. 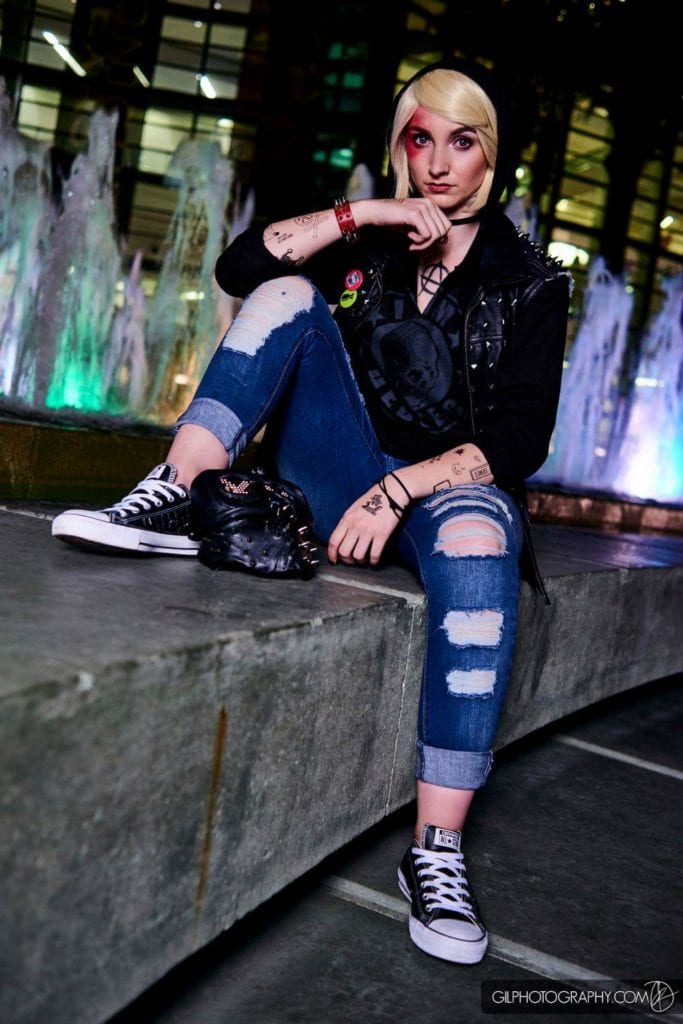 10. Any teasers for what you’re working on next…?

11. Who would be your dream character to become?

I’d really like to become any character in the Fallout universe. I want to know what it’s like to brave the wasteland and venture around in some power armour.

12. For a cosplay newbie, what advice would you give?

JUST DO IT. You literally just need to go for it. I’m still a newbie and have no idea what I’m doing, but I just go for it and things generally turn out well. Don’t expect things to be perfect either. Things don’t always individually look good, but will once the entire costume comes together. Be patient.

13. What games are on your playlist at the moment?

14. Tell us a bit more about your Twitch journey so far!

I started streaming on Twitch about two years ago, but have been doing it pretty consistently for the last year. I absolutely love it. Getting to hang out with my online fam and being able to share the stories and feels of the games I play with them is probably my favourite part about streaming.

Yes! I finally started creating YouTube videos! Viewers can expect things like convention vlogs, photoshoot behind the scenes videos, cosplay build videos, Q&As, and other videos of that sort.

16. Tricky question, but who would be your top 3 favourite comic/manga or gaming characters?

This question isn’t fair haha… I would say my current top 3 would have to be… Master Chief, Tyrion Lannister, and Harley Quinn. 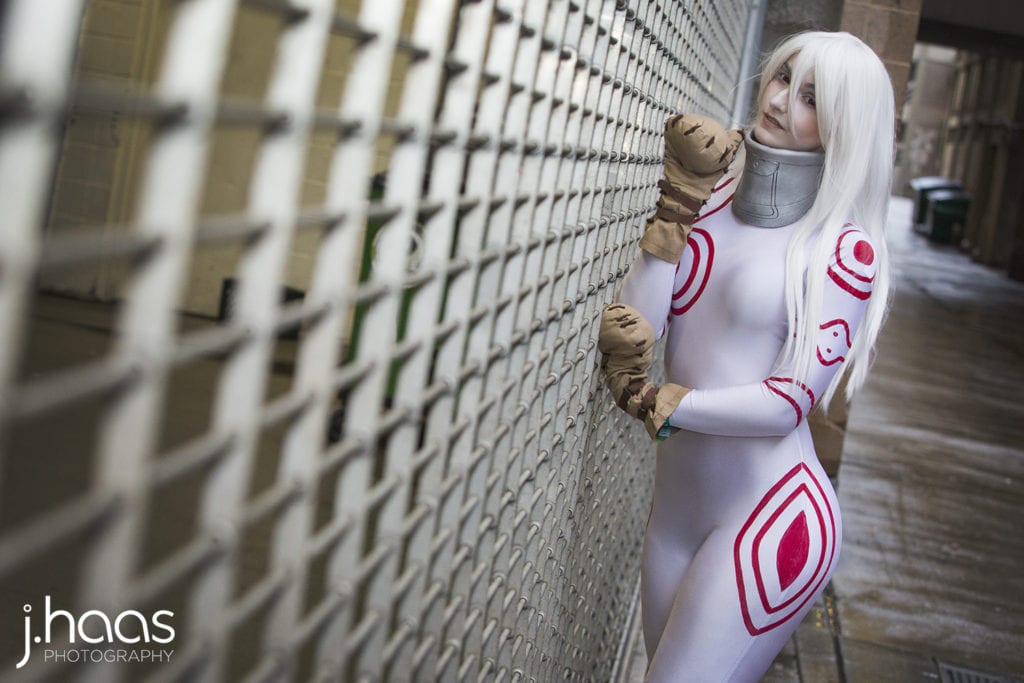 17. A random slice – we’ve seen you have a devotion to the ol’ pizza! What would be your favourite?

My favorite pizza is cheese and black olives!

18. If The Doctor invited you to go on an adventure to visit any real or fictional world, where would it be and why?

I would want to go to Arkham Asylum to see all the inmates. I’m absolutely in love with Batman, mostly because his villains are so interesting and have such depth to them. 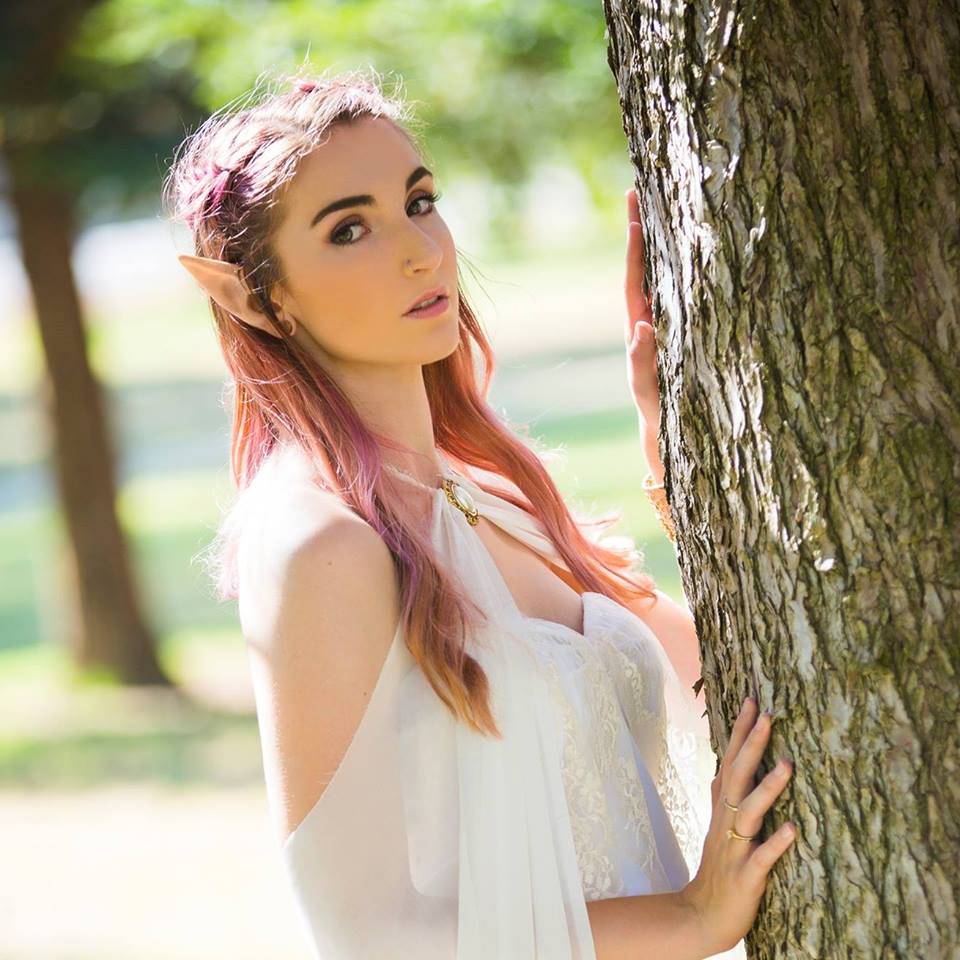 19. What are your plans for future cons?

20. Where can fans keep up with your work online?