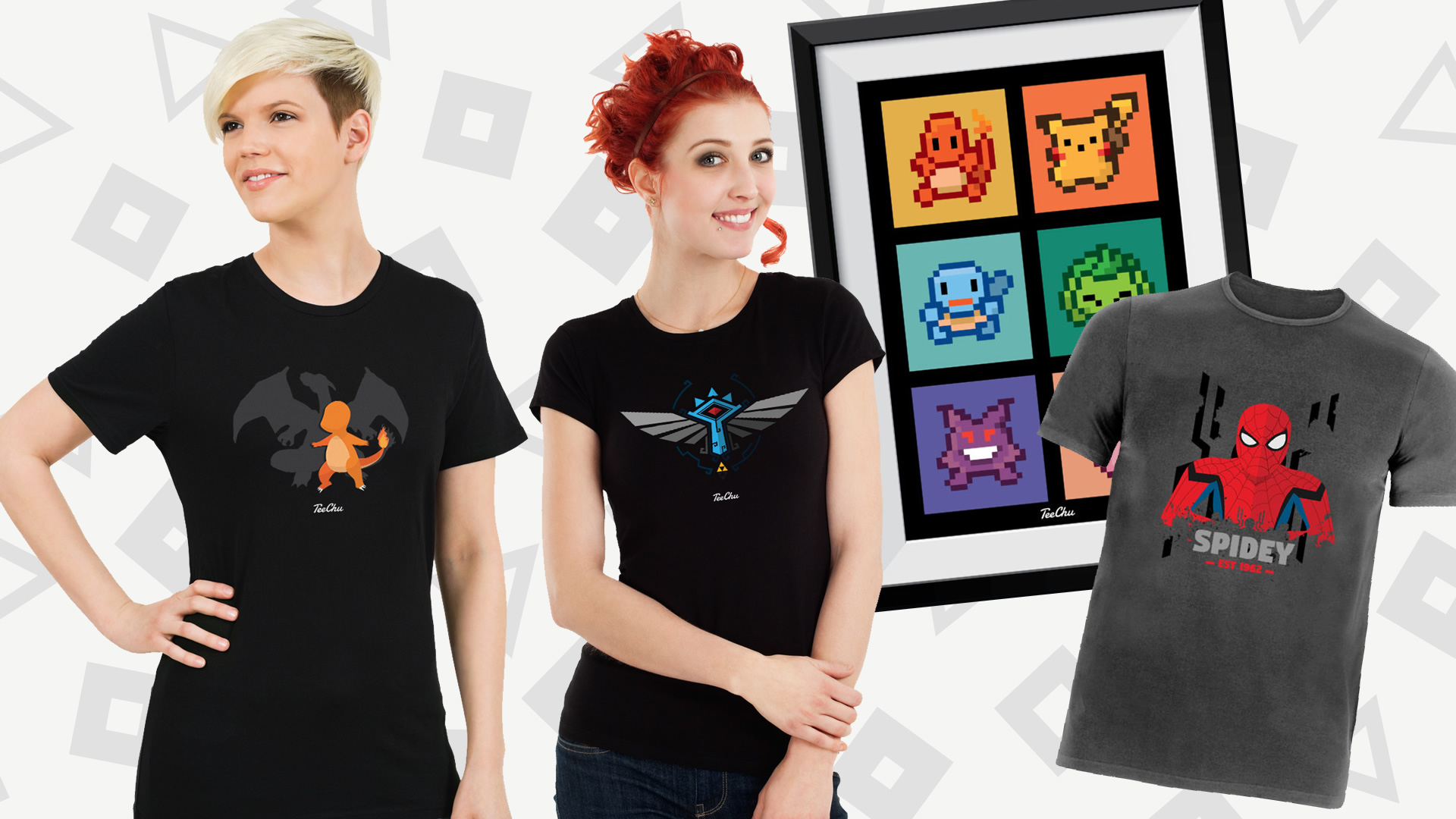 It’s sale time! Boost your gear with unique prints and shirts from our collection; with even more savings in our gaming t-shirt sale. We’ve picked our five key items that you need in your inventory; from Pokemon to Star Fox.

Evolve through the fiery flames

There’s something majestic and special about the adorable lizard Charmander. As one of the very first Pokémon, the fire starter might be small but it packs a punch! Our Evolution of Fire shirt celebrates the journey from a newborn dragon to the fiery creature that lurks in the background. Are you a Pokémon trainer? You’ll love how the orange colours pop from the background in this modern take on Charmander. Harness its fiery ambition today! 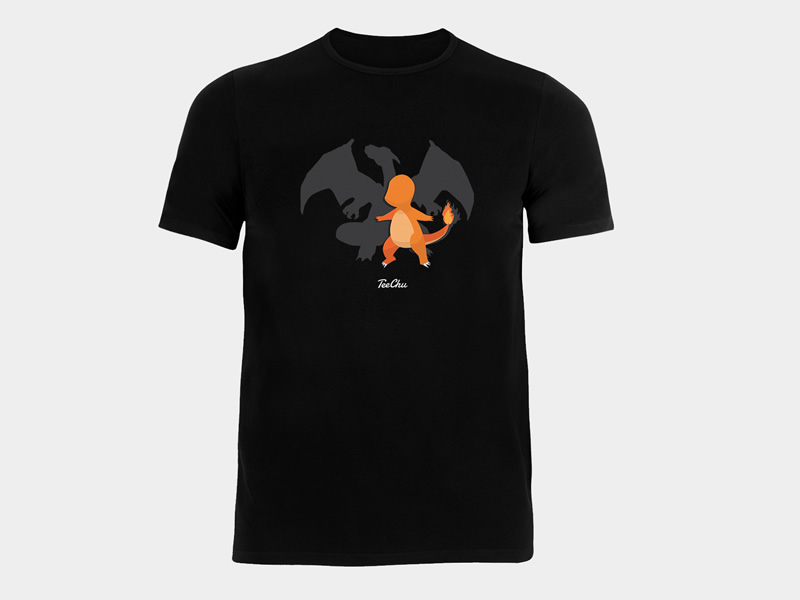 Do a Barrel Roll, Fox!

Space shooters have been around since the dawn of gaming; from the very first Asteroids in the arcade. There’s always been something therapeutic about piloting a ship and shooting down baddies. Star Fox 64 took the series to a new dimension, but introducing barrel rolls into the mix. Ships could literally spin 360 degrees to avoid incoming laser beams! One of the opening lines in the game, “Do a Barrel Roll” has ventured into meme territory; and is a core part of our unique print. Celebrate the space posse’s origins with our A3 tribute! 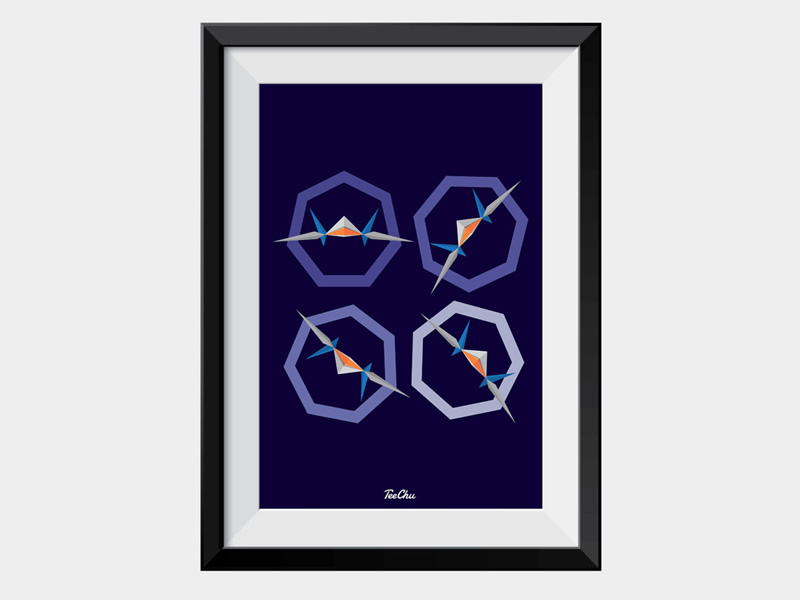 Swing through the streets in style

Saving the streets of New York since 1962, it could only be Spider-Man. The masked hero bags up the baddies with his unique webbing and undeniable wit! Spidey’s swung back onto the scene recently with an appearance in The Avengers and by celebrating homecoming. Spidey’s raised, questioning eye and his new spider-emblem bring a cheeky charm to this design. Wear the hero’s colours with pride in our unique design; as voted for by you on Instagram!

A starter sprite for every wall

From Bulbasaur to Charmander; these classic sprites are where it all started! Tap open the Pokedex and there they appear, bopping up and down, ready for action! This set of classic pixels make the perfect, strikin, colourful print for any gaming setup. Throw in a black frame for a smart look – the perfect print for any Pokemon fan out there!

Explore the wild in an adventurer’s shirt

Every hero needs a symbol; an emblem of hope, strength and courage. The Legend of Zelda is littered with different icons and lore. The most recent game, Breath of the Wild, tells the tale of the ancient Sheikah technology that was once used to save Hyrule. We’ve combined the new blue colours and central eye design with the classic Triforce and Hylian wings for a tribal inspired look. A shirt designed for every hero. Go forth and save Hyrule with our exclusive Zelda-inspired design! 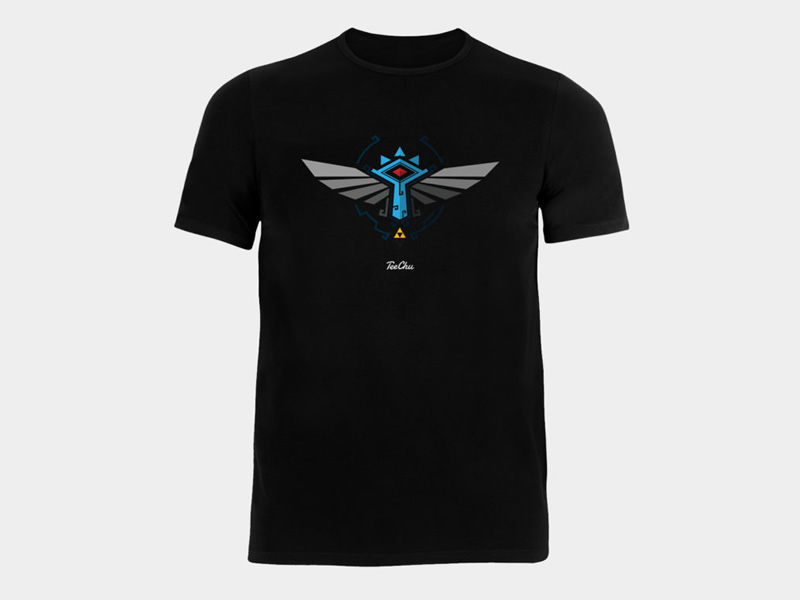 Shirt of the Wild tee