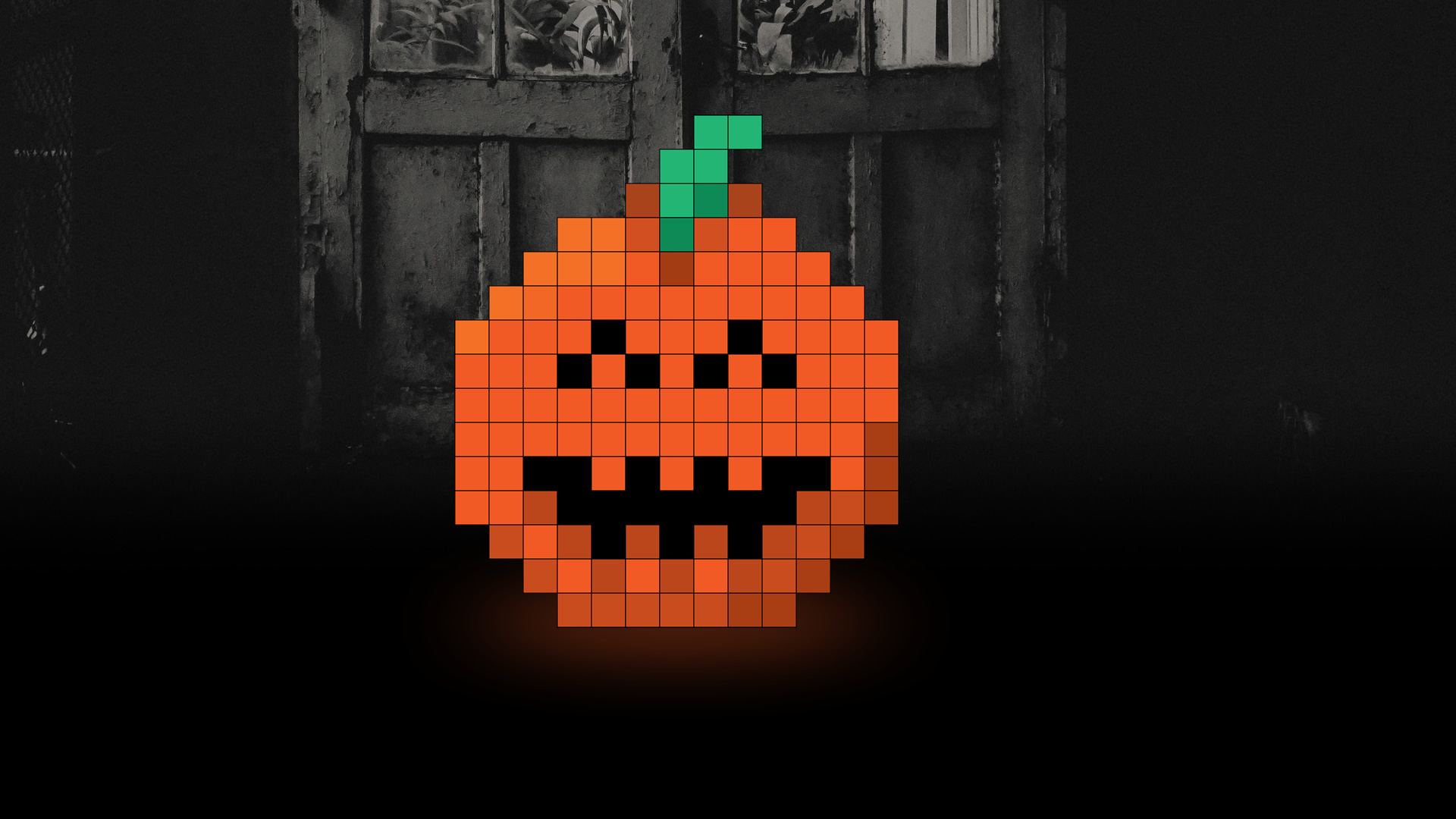 Line your gums with copious amounts of candy: it’s Halloween! A time of year where ghosts and ghouls are in full force; and pumpkin carving reaches its peak. Why settle for a bog-standard, generic Jack-o-Lantern? Whilst a cheeky glowing orange sphere is a good option; there’s plenty of opportunity to get that little bit geeky.

Enter the world of gaming and geeky pumpkins! From intricately carved, detailed sketches to clever uses of shadow; these artists are a big inspiration. So why not grab a carving kit and try something geeky, something gaming, this year? Here are 6 geeky Halloween Pumpkin designs to try:

Bring on the heat with Rapidash

There are many different Pokémon themed pumpkin designs out there. From Gengar to Pikachu; there’s surely a glowing orange sphere of Pokémon goodness for everyone. One often overlooked critter has to be the majestic Rapidash. What we particularly love about this one are the delicate flames that roar on its back and mane. A tricky one to pull off; but a great idea for something a little different this year. 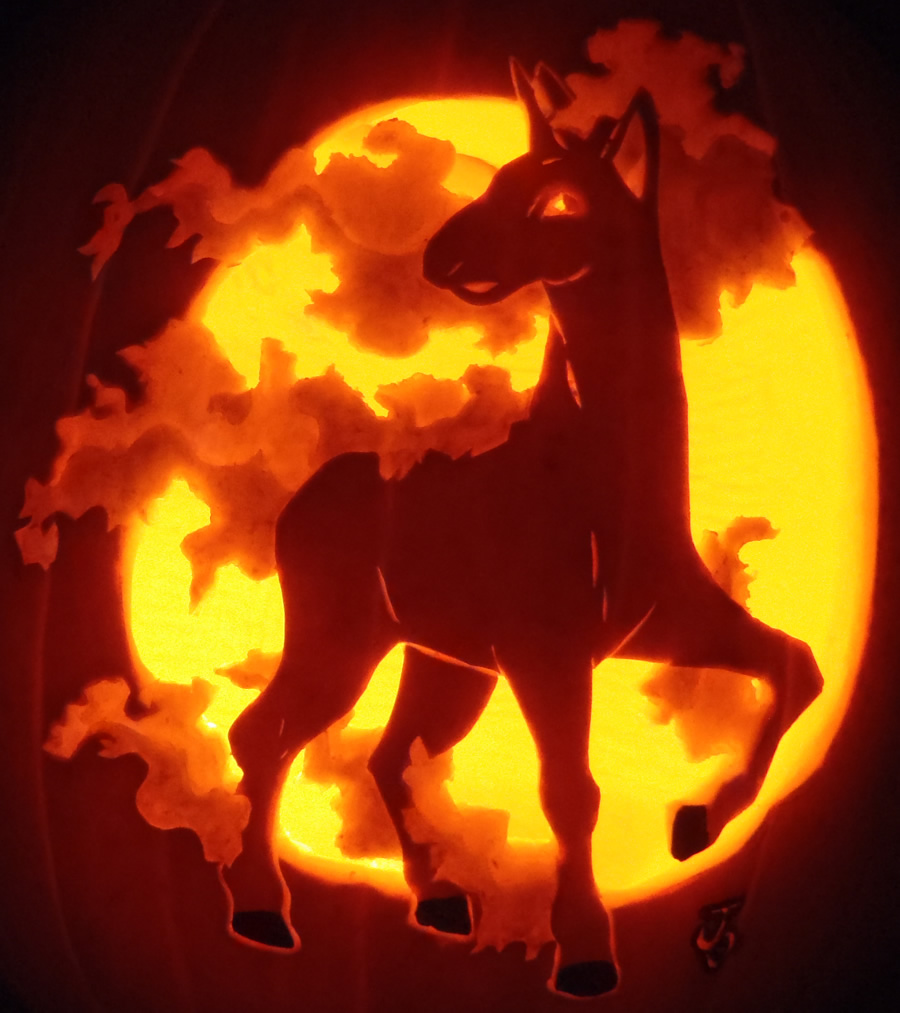 Pumpkins fit for a Bounty Hunter

The universe’s most feared bounty hunter, Samus, has seen many things on her adventures, but this trio is something a little different! Sporting the classic Metroid logo, a devious Metroid and the iconic Samus helmet; this is a trio worth of a Zebes trophy. What we love about this one is how much light seeps through; and the chunky block shapes bringing it all to life. 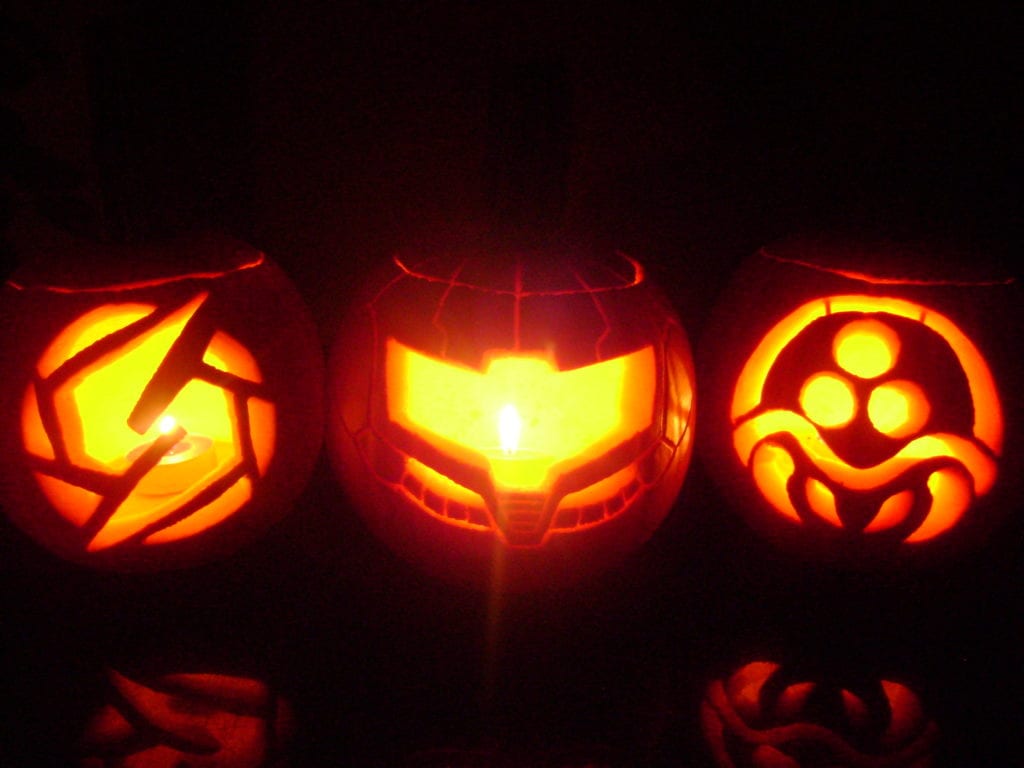 Form an Alliance with This Galactic Pumpkin

When you think Star Wars, surely the Death Star comes to mind? The enormous weapon plays a central role in (practically) ever Star Wars film. It’s armed with a deadly laser and (nearly) impenetrable defence. However, in the case of the Death Star Pumpkin; all it took was a knife or two to break through! We adore the painstaking attention to detail – the intricate cuts that make up that familiar image of Vadar’s galaxy crunching toy. 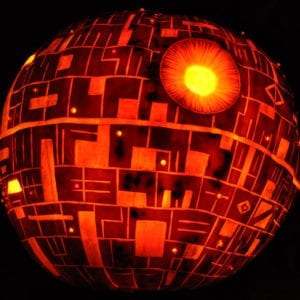 E-gadd! This one is slightly scary

He’s an absolute scaredy cat. Luigi breaks away from his day job as aspiring sidekick to rummage through mansions. As a part-time ghost hunter; we had to include this particular design. One thing that’s striking about the Luigi’s Mansion pumpkin is just how teeny each line is; almost having a sketched feel on such a challenging canvas. 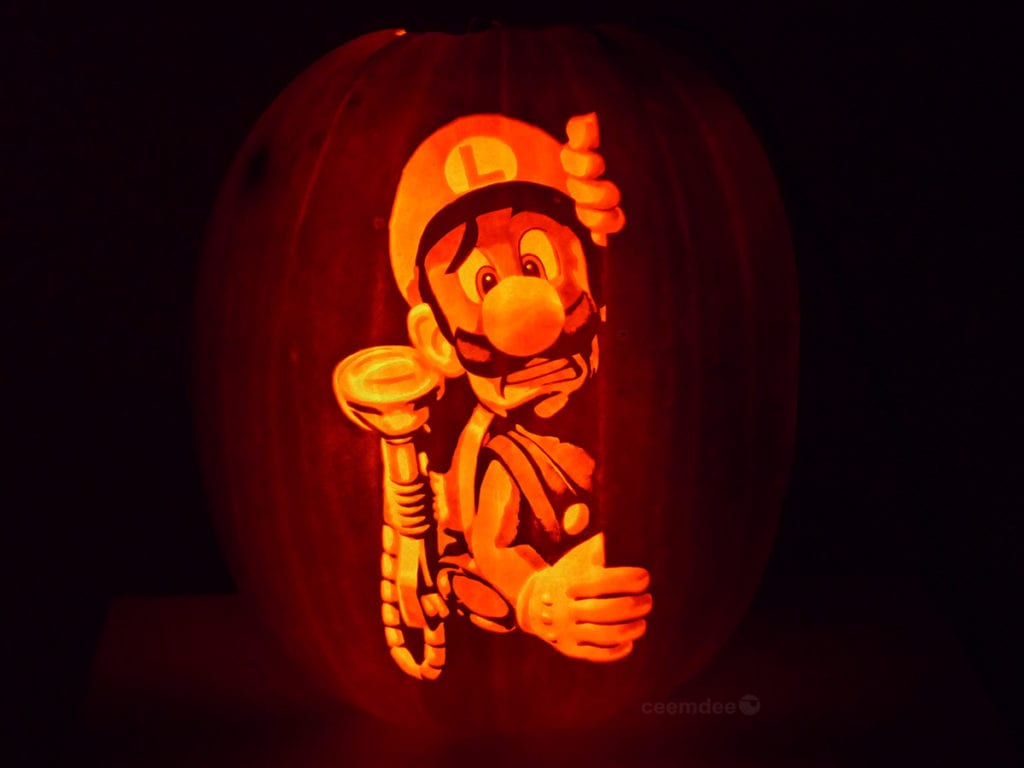 Not a good idea to wear this

They say that slightly freaky things happen to those who don the ancient Majora’s Mask. So we advise not popping this particular pumpkin (or any, for that matter) over your head! Whilst it may potentially give you super powers; Majora’s Mask consumes the soul of the wearer. There are numerous attempts at carving pure evil out there; but this one stands out. Just small pocks of light shine through, giving this design an eerie glow… 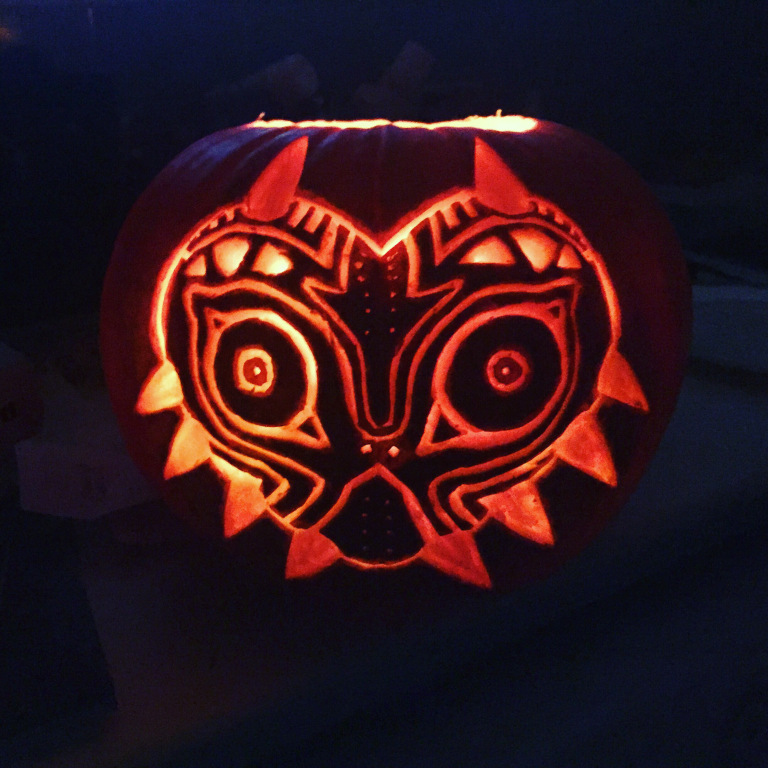 By The Brezel Diaries

A pumpkin for a Pokémon champion

Another impressive Pokémon pumpkin design has to be the legendary Charizard. The revered beast is a challenging one to draw at the best of times, but on a pumpkin? Another impressive piece that uses the backing glow of the pumpkin to create a strong glow – perfect for the master of fire! 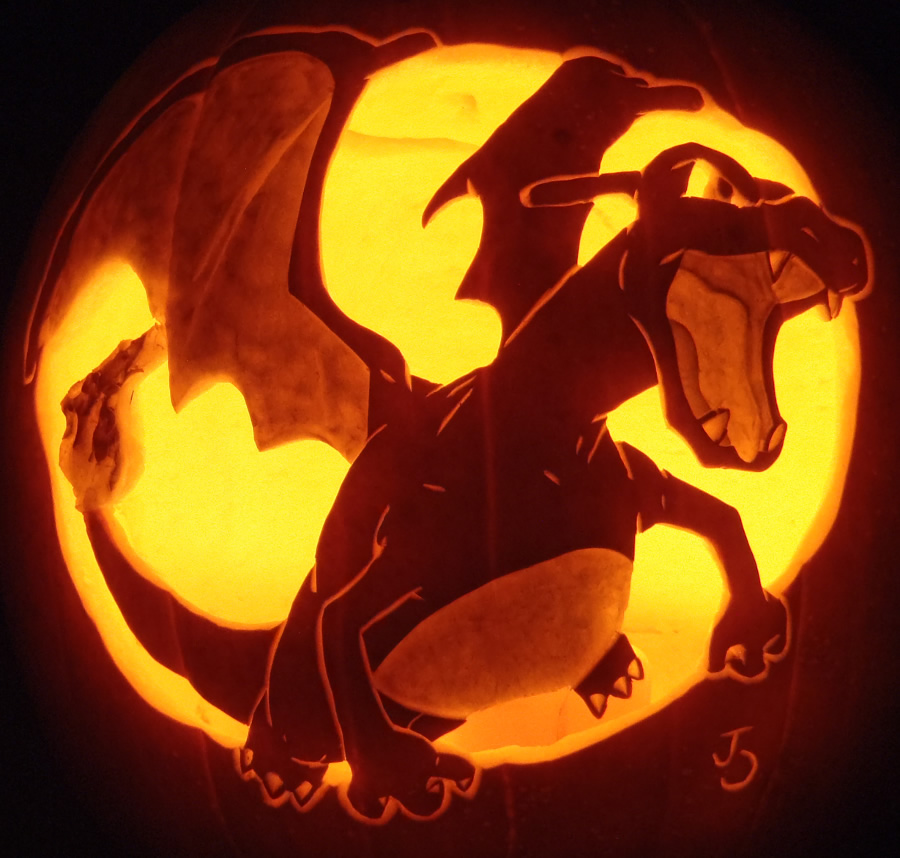