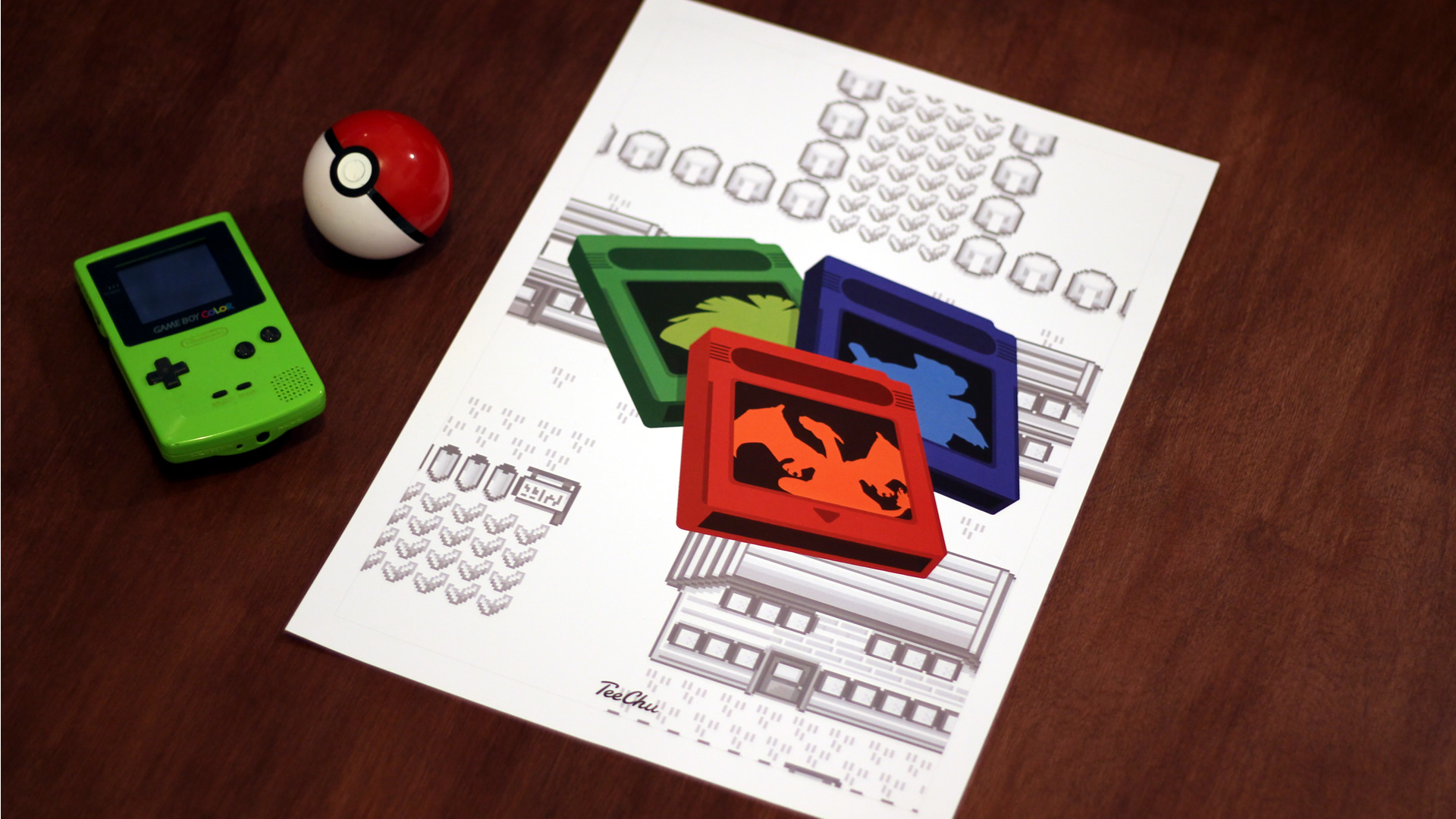 The Pokémon Cartridge Combo art print was a hit at Comic Con this year; so we’re diving into how the design came to be, inspiration and possible future designs!

There’s something memorable and special about the original Game Boy cartridges. These cartridges are gorgeous blocks of 8-bit goodness, containing some iconic games and life-long memories! From Tetris to Super Mario Land, the Game Boy was a 90s essential. You couldn’t go anywhere without one sitting in prime position within a backpack, ready to roll on near-unlimited AA juice. 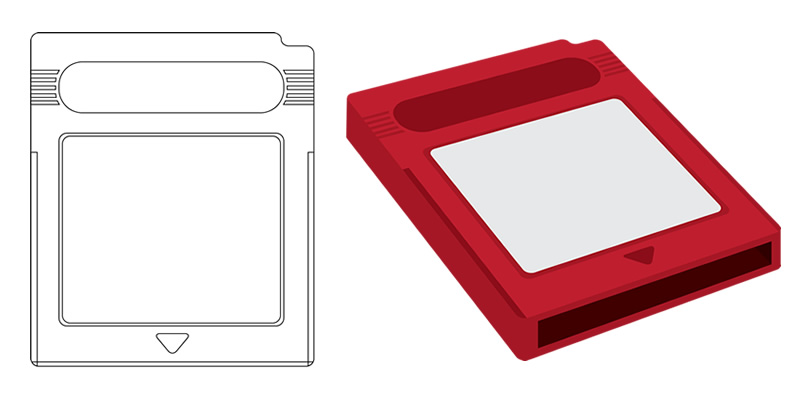 Whilst most Game Boy carts were grey, a handful broke out of the mould. Pokémon Red got a fiery red finish, with Pokémon Blue was dipped in a neat navy shade. Often it’s all about the in-game designs and the Pokémon themselves, but there’s also something special about the carts. To rekindle our love of the original, first gen, Pokémon games – the aim was to focus on those ickle pieces of plastic. Bring them front and centre. 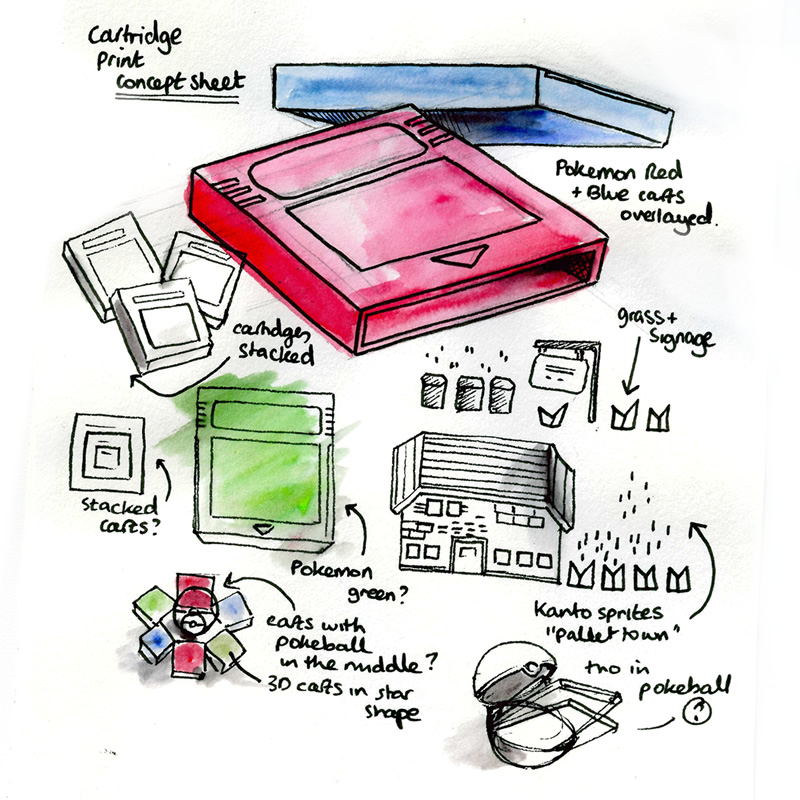 We started by drawing out the cartridges flat, face on, like icons. These would have sat in a neat line of three, but there was just something missing. To bring a little depth to the design, we dropped in a little 3D, rotating and extending lines to produce the effect. Now they sit atop each other like a nifty house of cartridges! Just don’t drizzle maple syrup and try to scoff on them! But the cartridges needed that bit extra; so why not invite those legendary starter evolutions into the mix? So we called up Ash and asked for a loan of Charizard, Blastoise and Venasaur, adding them onto each cart.

Some other unused concepts included the games arranged like a flower, and a Pokeball sitting proudly in the middle. How about a set of carts popping out of a Pokeball? Eventually we settled on striking 3D stacked carts as the main focus of the design, adding a Pokémon Green cart to finish the set! After that came the Kanto background, specifically that iconic opening area: Pallet Town! The home of Ash Ketchum and your character; a small village with big dreams! Despite the limited memory available, Game Freak were able to create really distinctive areas in the original Pokémon games; it really did feel alive.

The finished design is a blend of a contemporary, colourful finish with retro pixels; a must have for your gaming room!