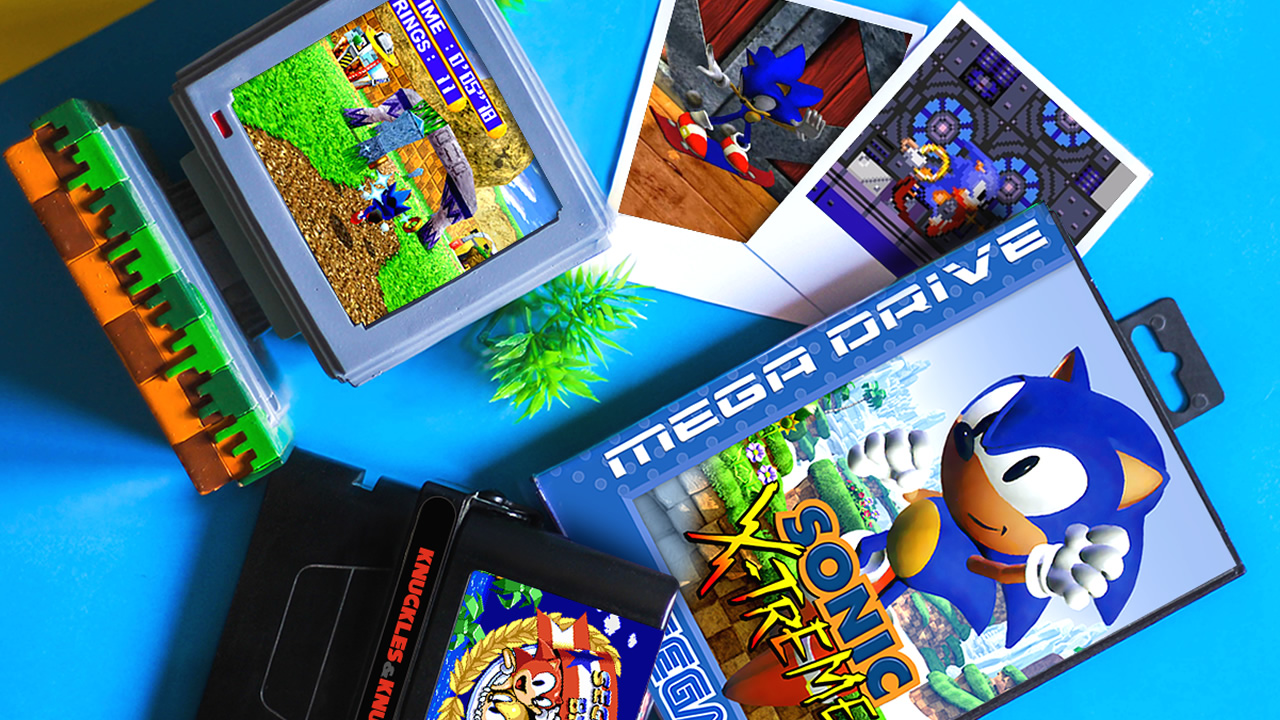 There have been some incredible Sonic games, and not so great Sonic games over the last 30 years! With the blue blur being SEGA’s mascot, there was a lot of pressure to bring a tonne of Sonic games to SEGA consoles back in the ’90s. Not all Sonic games made the cut, however! From lost prototypes to arcade experiments, 3D concepts to early builds, here are 5 cancelled Sonic the Hedgehog games to discover!

A big thanks to Sonic Retro and HiddenPalace for the discoveries.

Imagine if Tails was Yellow Sonic and Knuckles was Red Sonic? It may have been with a 1992 arcade game called SegaSonic Bros. After the success of the blue blur’s debut, the designer of Bubble Bobble designed this arcade puzzler. The concept? Simple, but addictive! Connect a bunch of falling Sonics into lines and grab those Chaos emeralds. 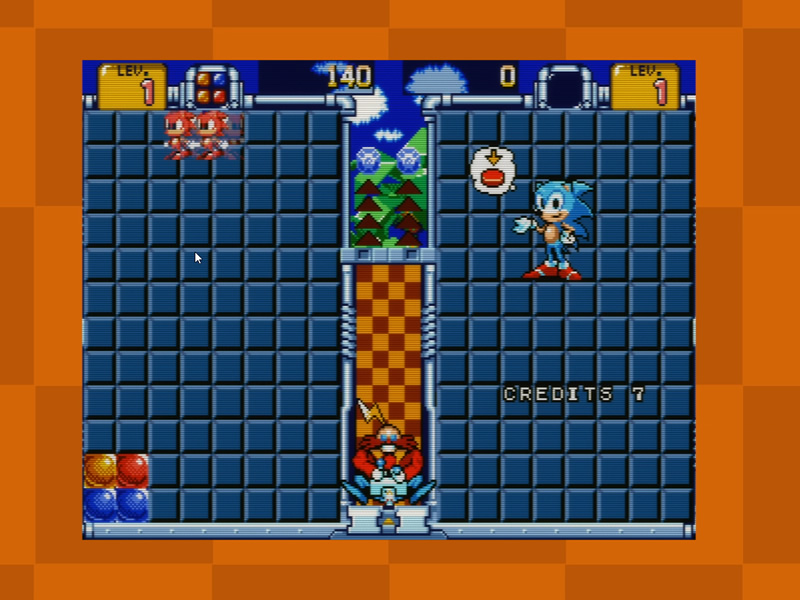 The game was quietly dropped after local testing. That was until 2016 where an arcade board collector called ShouTime found a working copy! Eventually SegaSonic Bros. was leaked in 2018. We’ve played a version and it’s a super-fun little puzzler that would work great as a mobile game. SEGA, you know you want to!

Everyone remembers Sonic Riders, right? Sonic and friends on hover-boards in futuristic racecourses. It’s totally a Sonic-type game with a soundtrack that’s an absolute bop. But did you know that a very similar concept was an unreleased Xbox project? 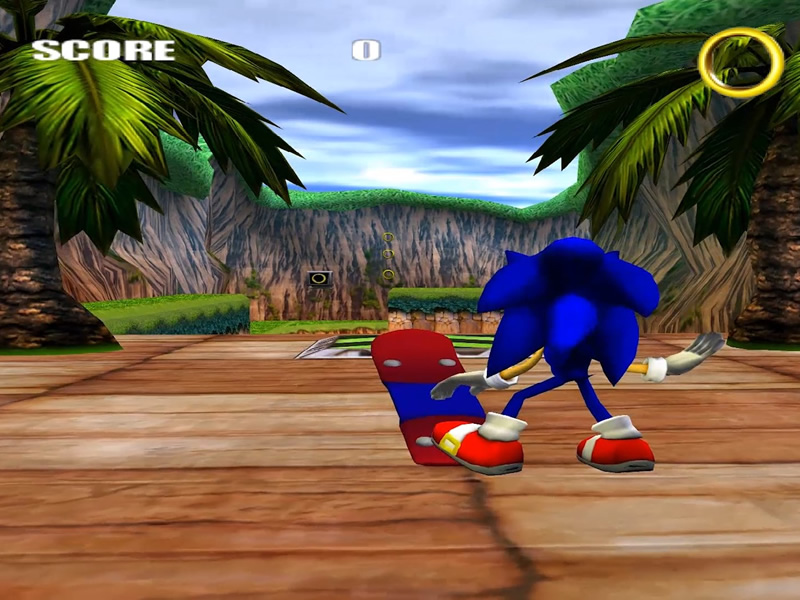 In 2003 Vision Scape Interactive showcased a spin-off, with Sonic and Shadow riding hoverboards. Sounds super familiar, right? There was a story mode set around Green Hill Zone, a battle mode and even a racing feature. Essentially what feels like an early Sonic Riders. Sonic creator Yuji Naka was impressed with the idea and suggested that Vision Scape put in a pitch into SEGA. They thought they had a deal, but SEGA never replied. Two years later out comes Sonic Riders. Owch. Sadly, Vision Scape closed in 2006 and dev kits recycled. But a build of Sonic Extreme survived!

The game was first showcased by ProtonX on Youtube in 2011, and released by Borman in 2016. We’ve given it a go and for a build that was made in just a week, it looks and feels very much Sonic at heart! It’s a shame the project had to end in such a way, though.

Another project that evolved into a different game was an early build of Knuckles’ Chaotix was known as Sonic Stadium or Sonic Crackers. An early prototype that featured Sonic and Tails bound together by a ring. It’s interesting how the concept evolved from what could have been a successor to Sonic the Hedgehog 3 into introducing a very different cast of characters! 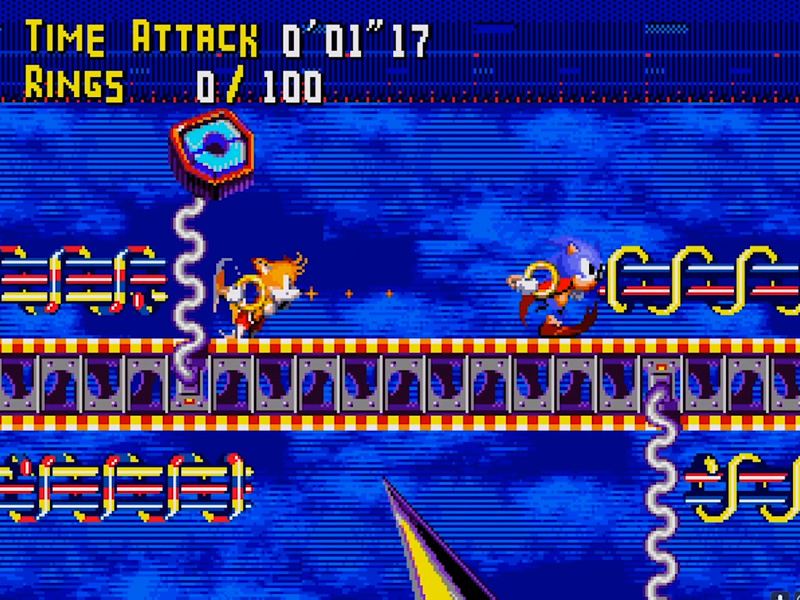 The final build of Chaotix introduced unique co-op abilities, allowing a character to be held in a fixed position – open doors, toggle switches and reach higher areas. With it being a little more experimental, perhaps Sonic and Tails were scrapped just incase it didn’t quite work out!

I remember it extremely well. As a big fan of Sonic the Hedgehog on the Mega Drive, the prospect of a 3D game on the SEGA Saturn was exciting. An advert in Sonic the Comic showcased Sonic Jam ­– a collection of those 16-bit games but with an exclusive 3D game called Sonic World. 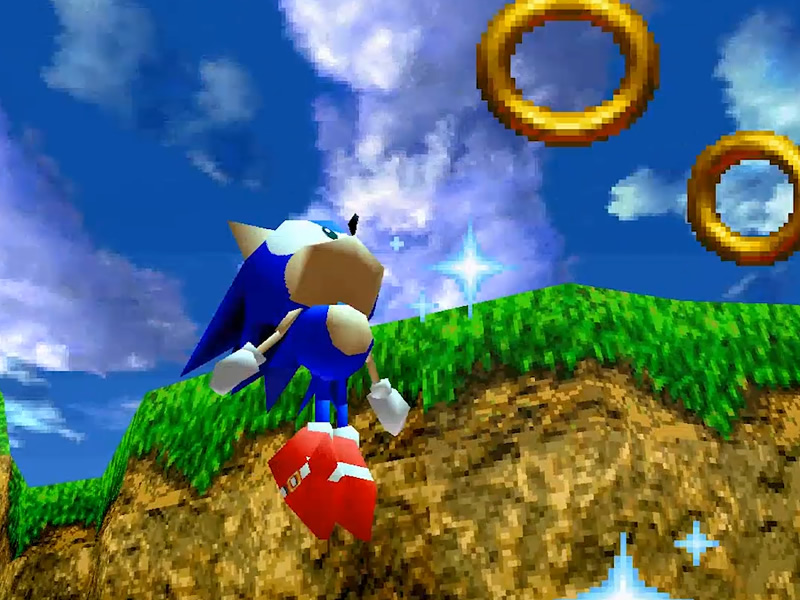 Interestingly it was actually a prototype build for a very early Sonic Adventure. According to Retro Gamer Magazine, SEGA had been working on a lot of ideas for a 3D Sonic. Sonic Adventure started life in a 3D Green Hill Zone. But once the team moved onto the Dreamcast, instead of shelving it entirely, showcased a 3D Sonic in all his glory as a small demo level!

The 10-year-old in me enjoyed this stage massively. It was a simple, tiny area but having Sonic run-about just like Mario did in Super Mario 64, hit all the feels. You can sense early mechanics for Sonic Adventure, but interestingly Sonic does feel tighter and the balance of speed and platforming leans more to the 16-bit days.

The last game to talk about is the number one un-released Sonic game, Sonic X-treme. So extreme it’s missing a few letters because Eggman stole them. It was meant to be the flagship Sonic game to propel the SEGA Saturn into homes across America. A long and troubled project that had multiple different teams and various prototypes, health scares and tense meetings. What is a SEGA console without a true Sonic Adventure? 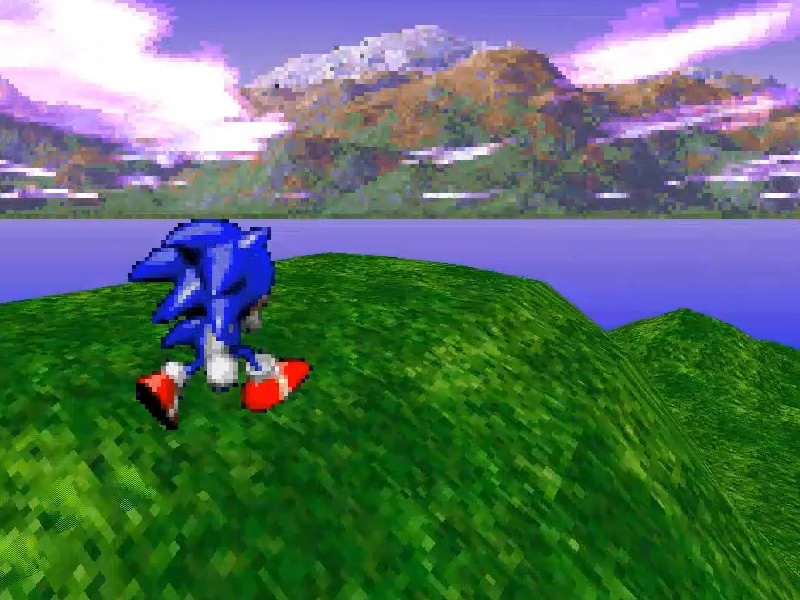 It didn’t help that SEGA didn’t have a true vision for the successor to the Mega Drive, though – was it the 32X? Was it the SEGA Saturn? Ultimately communication, overworked programmers and the Christmas market lead to the game being quietly shelved.

We’ve tried a leaked build of the game from 2015 and it’s interesting to see just what could have been – there isn’t much to it, but the concept could have been a fun one to try on the SEGA Saturn!