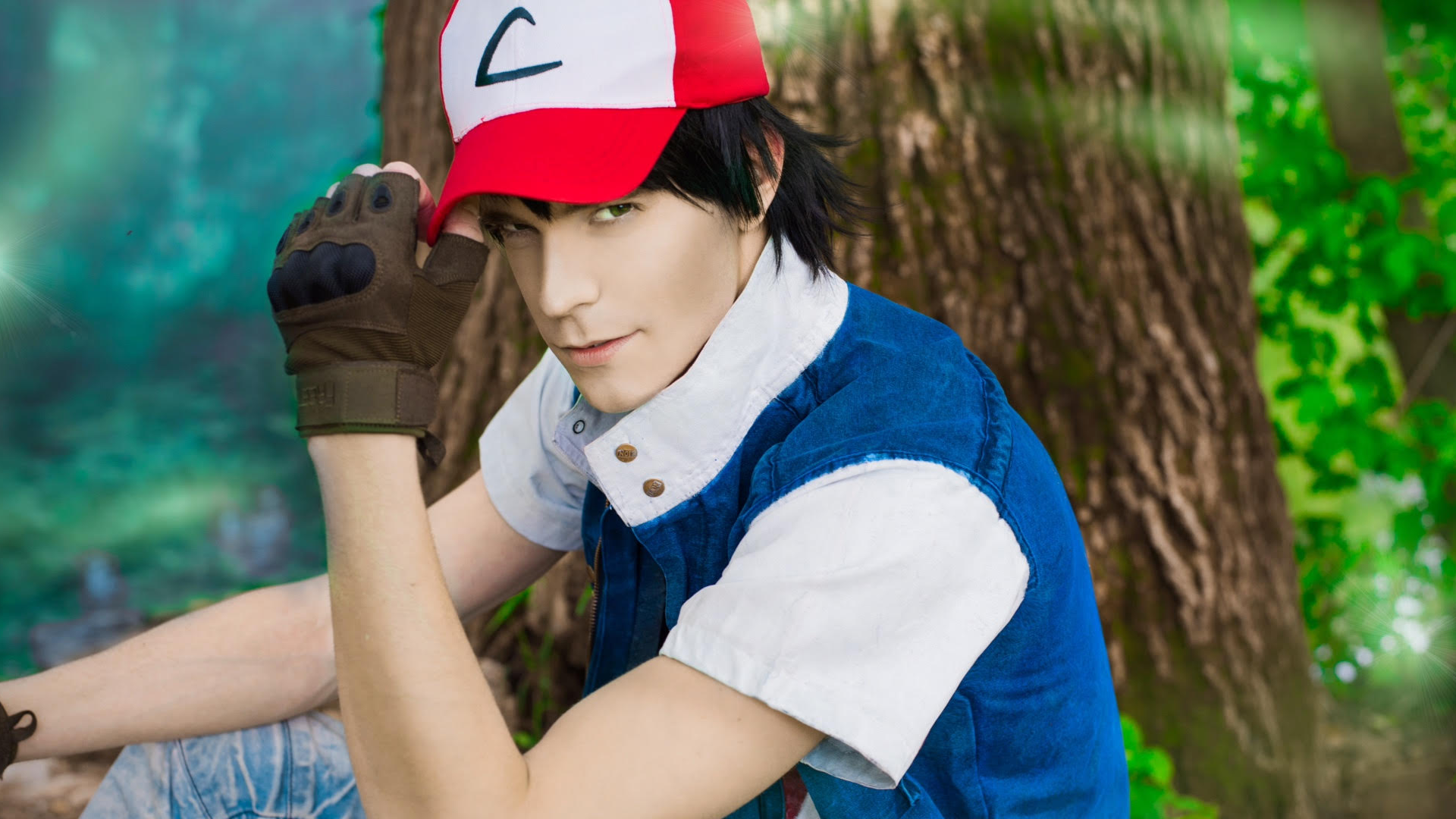 We caught up with the award winning cosplayer, creative artist and YouTuber Broseph to talk about his cosplay journey so far, comics, inspiration and more. Broseph is one of the community’s biggest stars, with a strong following and rave reviews on his striking cosplay. We’ve followed Broseph’s creative process for some time and have been impressed by the sheer attention to detail and his slightly barmy nature that works well with characters like The Joker and Matt Smith’s interpretation of The Doctor.

Hi Broseph! Tell us a bit about you and your cosplay journey so far

Broseph: My cosplay journey has been absolutely amazing! My very first cosplay (Rick Grimes from The Walking Dead) was in October 2014, and I’ve been cosplaying since! In July I won DC Comics’ & Warner Brothers official suicide squad cosplay contest with my Joker cosplay. They flew me out to San Diego Comic Con where they surprised me with getting to meet the cast on the Suicide Squad panel stage! I had had the pleasure of sharing the cover of Cosplay Culture Magazine with @heidimaetrix and @lilshootie for their August issue.

What made you get into cosplaying?

Broseph: I started cosplaying to play various characters in my music video parodies I make with my family. For me cosplay is an incredibly fun way to use my creative side and bringing my favorite characters to life!

We’re big fans of your work, especially your take on The Joker! What’s been your favourite creation so far?

Broseph: Definitely my Suicide Squad Joker! (Purple coat & Arkham pants) I also really love my Daryl from The Walking Dead cosplay. I love the darker grittier characters the most that really being a strong emotion to the scene.

Although playing Doctor Who or Ash from Pokémon are also top favorites! Truth is I Love everything I do, because I always choose something I am extremely passionate about.

We love your collaborative cosplay with @lilshootie and @heidimaetrix – how did that come about, and what’s been your favourite group project so far?

Broseph: Well, they’re my sisters! We started making movies together when we were little kids, and we’ve been doing it ever since. We all got into cosplay around the same time and for the same reasons, so it was very natural to collaborate in that as well.

What would you consider the hardest and most rewarding parts of cosplaying?

Broseph: I think the hardest part of cosplaying is making the actual costume look and work the way you imagine it in your mind, haha. I’m a very visual & imaginary type of person, so I can dream up these incredible ideas and costumes… and then I have to figure out how to actually make it in real life! My grownup, modern Ash Ketchum Pokémon cosplay was exactly that. I thought to myself, “man I wish Pokémon had grown and matured with me and as I got older, becoming more intense and real.” Then I saw the costume in my mind and had to create the individual pieces and pull them together. Once I had all the parts, I put it in and it actually worked! 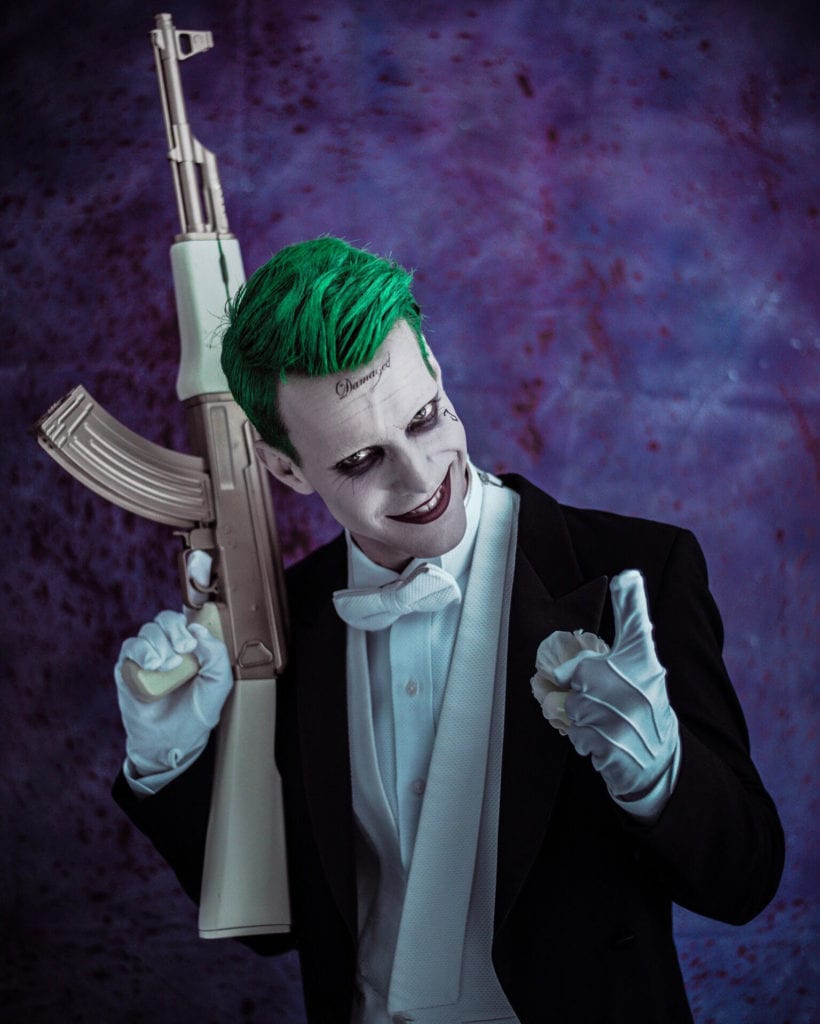 Any advice for a cosplay newbie starting out?

Broseph: My advice to someone new to cosplay or maybe thinking about starting to cosplay is this: just DOOOO IT!!!!

You’ll never be 100% ready, skilled, or confident in every way you want to be… and that’s okay! Just start where YOU are, and choice something you really love and are so passionate about, you can’t help but do it! That’s what I do, and it’s never let me down. You may not be the best crafter, make up artist, or designer and that’s just fine. Do it because YOU love it, and you’ll have the time of your life!

We see you’re a fan of time traveling adventures! Who would be your favourite Doctor so far and why?

Broseph: My favorite Doctor Who is hands down Matt Smith! I liked the show before him, but I fell in love with it and the Doctor’s character when he became the Doctor. The stories are so good and well written! And who doesn’t like to dress a little dapper every now and then? 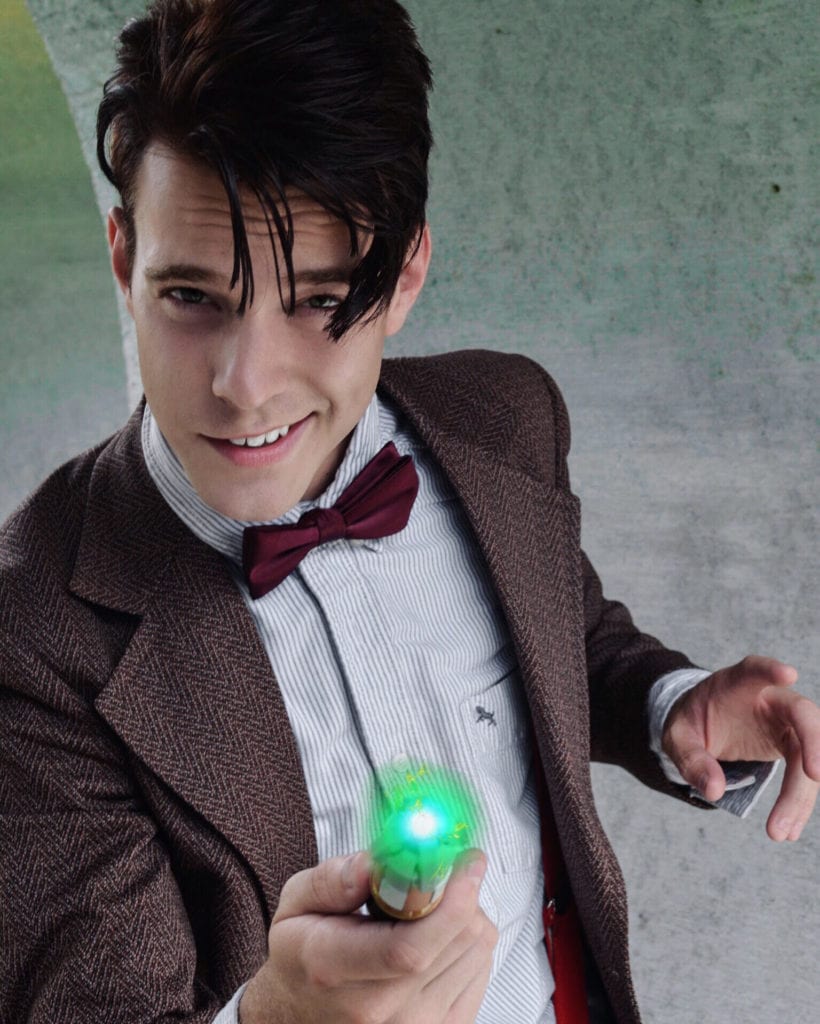 Your Pokémon cosplays are brilliant, too! What’s your favourite generation of critters?

Broseph: OOH! That’s a tough question… but for me it’s the original generation Pokémon and then Johto Region after that. Pokémon was my very first anime show, I watched it for the first time when I was 9 years old, and I was freakin’ hooked!

If you could pick any of the original starters as a partner in our world, who would it be?

Broseph: If I could pick one original starter Pokémon for a real-life pet? Charmander. First of all, he’s freakin’ cool! Secondly, if someone walked up to me was like “Hey man, got a light?” I’d say “Nah… but my Charmander’s gotcha covered!” Then charmander would light them up and they’d be like “Cool…” then Charmander and I would Tour the countryside flipping tricks and hangin’ with cool chicks. 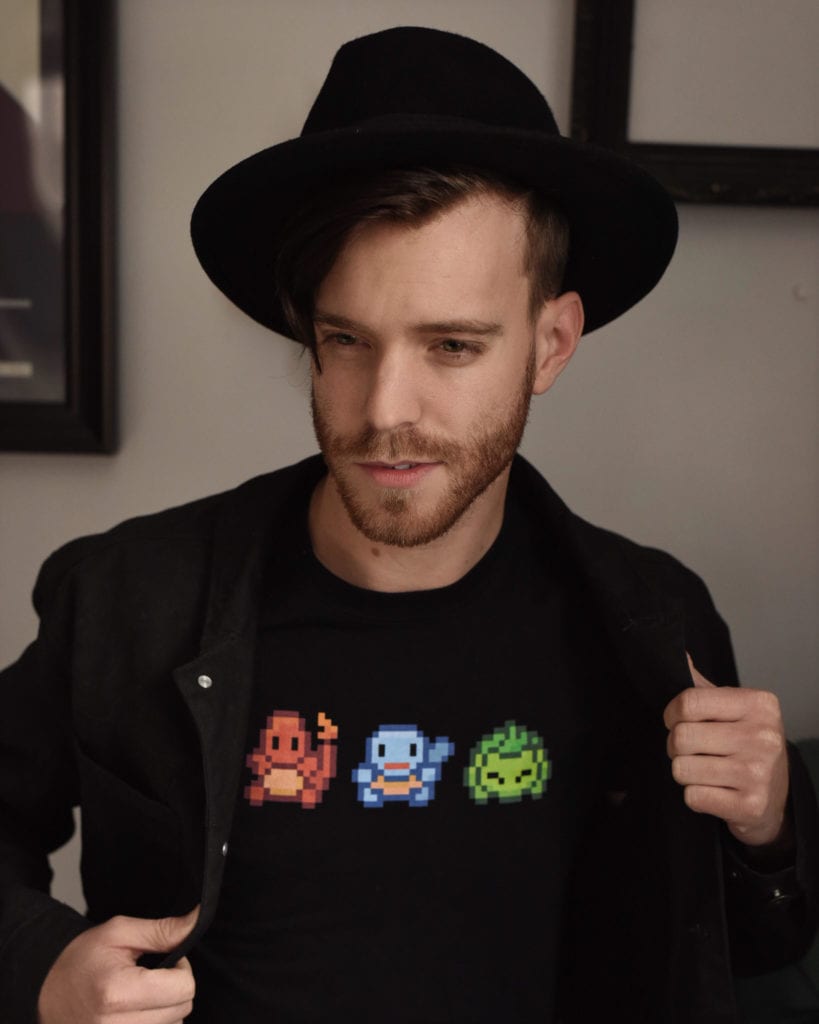 Who’d be your favourite comic book or gaming character?

Broseph: Favourite comic book character: I love Batman & The Joker equally and I think the complement each other perfectly!

As for gaming characters, I’d have to say Commander Shepherd from the Mass Effect games. I’ve never felt so connected to the characters and choices I made in a game as I did when I played the Mass Effect Games. I’ll never forget the first time I played the original Mass Effect game, I literally spent an hour while the game was paused deciding if I should save Kayden or Ashley! I couldn’t decide in time so I had to go work real fast and then came back and saved Ashley because I liked her. I felt incredibly guilty afterwards! Haha

Broseph: Cliché answer time… both! I think DC comics & Marvel bring their own amazing stories and characters to the table and are outstanding in their own ways. I couldn’t see myself being completely happy with having just one of them.

Outside of cosplaying, what games are currently on your playlist?

Any teasers for what characters you’re planning for 2017?

Broseph: I like to surprise people with what I’m working on, but I will say this: 2017 is going to be so much fun! I’ll be doing a new D.C. Cosplay, a Marvel cosplay and some of my favorite Anime characters as well. ..There just might be new music videos in the works as well 😉

It’s been great to follow your con journeys! What are your plans for future cons and what would be your dream con to visit?

Broseph: I’m still planning all my cons and adventures for the year, but I am for sure going to Brazil to be a guest at Comic Con Experience in April! I can’t wait!

Where can fans find you online?

Broseph: You can find me on Instagram @brosephdavid check out all my crazy videos on YouTube. And add my gamer tag on Playstation4: MrFoxington