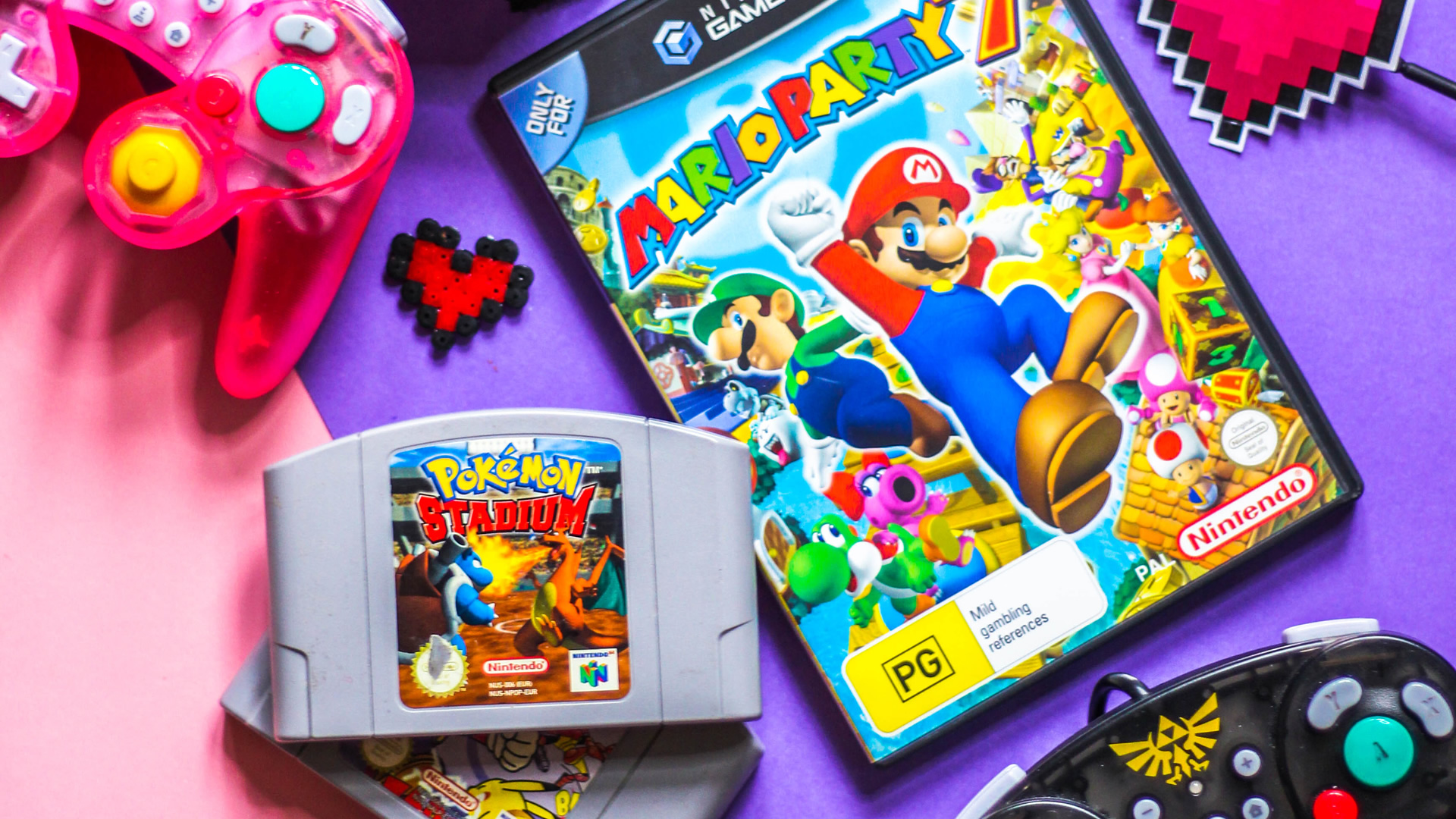 Friends will be friends! One of the best things that Nintendo does is multiplayer! Ever since the early days with two player Super Mario Bros. on the NES, multiplayer gaming has been a core Nintendo staple. Thinking of a game to play with friends? We’ve picked out our favourite Nintendo co-op games to play with a friend (or lover!) So grab some snacks, grab those controllers and get gaming!

Balls out, it is time to serve up a lot of love with Mario Tennis! Whether it is the Nintendo 64 original or Mario Tennis Aces on Switch, Mario Tennis is the perfect co-op game! Doubles tennis is all about teamwork, understanding each other’s playstyles and working together to win! Smash at the net to land those crucial points or hold the line with defensive play – Mario Tennis is always great fun to play with a partner. Go toe to toe with another pair of ball bashing humans or battle through the computer – either way, go for gold and win!

Anyone want to Smash? Traditionally Smash Bros has been about those tense, challenging 1 on 1 battles. Destination, Fox. Let’s go! But the team option introduced way back in the original N64 game lets you battle alongside your teammate. There’s nothing quite as satisfying landing a delicious killing blow on a bumbling Captain Falcon or coming through a tricky one-stock-remaining battle. Every fight is different and its always great fun to duke it out as a team! Why not play together as a team in the more recent Smash Ultimate?

For a lot of people Pokemon Stadium is all about the mini-games, and it’s every trainer for themselves! But when it comes to battles, teamwork is definitely key! Trainers can form a team and work together – each selecting three Pokémon to enter the ring! It’s not quite the doubles battles of the more recent generations, but super fun to work together with your Pokémon Partner! It’s fun, challenging but super rewarding to battle with someone in co-op play! Pokémon Stadium is definitely one of those lost co-op gems!

Roll up, roll up, it’s time for a co-op party! Like a lot of Nintendo games, multiplayer usually means everyone dashing to grab stars for themselves. But what about working as a team to stomp the competition? I’ve always enjoyed playing team Mario Party sessions – a mode introduced way back in Mario Party 4. Work together, collect as many stars and coins and secure board-game supremacy! Mario Party is one of the most fun and dynamic co-op games out there, anything could happen! Super Mario Party on Switch introduces new and refreshing play styles to the mix, too!

Cats? Mario characters? That’s right, the perfect mix that is Super Mario 3D World. Chaotic, frantic but super fun, this is one of the best co-op Nintendo games to try! The game is now getting a Switch port as well, coupled with online play – so there’s no excuse not to dive into the platforming frenzy. Super Mario 3D World serves up the first co-op 3D Mario experience as you dash through amazing levels, battle bosses and take on Bowser once again. Teamwork is vital – it can end up in tears but it’s always a great adventure!

A Wii U classic that is definitely a fun co-op experience! There are a handful of adventures in Nintendo’s virtual theme park that can be played together, including an awesome Zelda themed attraction where one player acts as archer and the other as a sword slashing warrior! Soar into space with the sweet Metroid co-op tale, defeating swarms of baddies and surviving in these sweet sci-fi set pieces! Nintendo Land is a lost Wii U gem that is definitely a great little co-op experience!

Splatoon is THE co-op game on Switch! Frantic multiplayer team battles, amazing Splatfest events – if there was a game that shouted “team” it would have to be this awesome gem. Every player has a role to play – whether you’re covering as much ground as possible, or whether you’re holding back sassy rivals. Dynamic, fun and a refreshing co-op experience. From traditional turf wars to the intense splat-zones, there’s something for everyone – unique weapon types, customisation and a gorgeous sea of delicious colours! Splatoon is a growing Nintendo favourite, and more players definitely need to give this one a go!

Two burgers, no tomatoes! Yes Chef! Overcooked 2 is a deliciously fun, hectic, stressful yet super-rewarding co-op game to tuck into. Up to four chefs work together to serve up hungry customers with all sorts of yum dishes. Sushi, burgers, pasta, burritos – it’s all there and it’s making me hungry just thinking about it. If there was ever a co-op game that demanded super teamwork sync, it is definitely this one. Super enjoyable and one to give a go in co-op!

Fan of Nintendo and other classic geeky games? Check out our exclusive geeky and gaming tees – voted for by you!