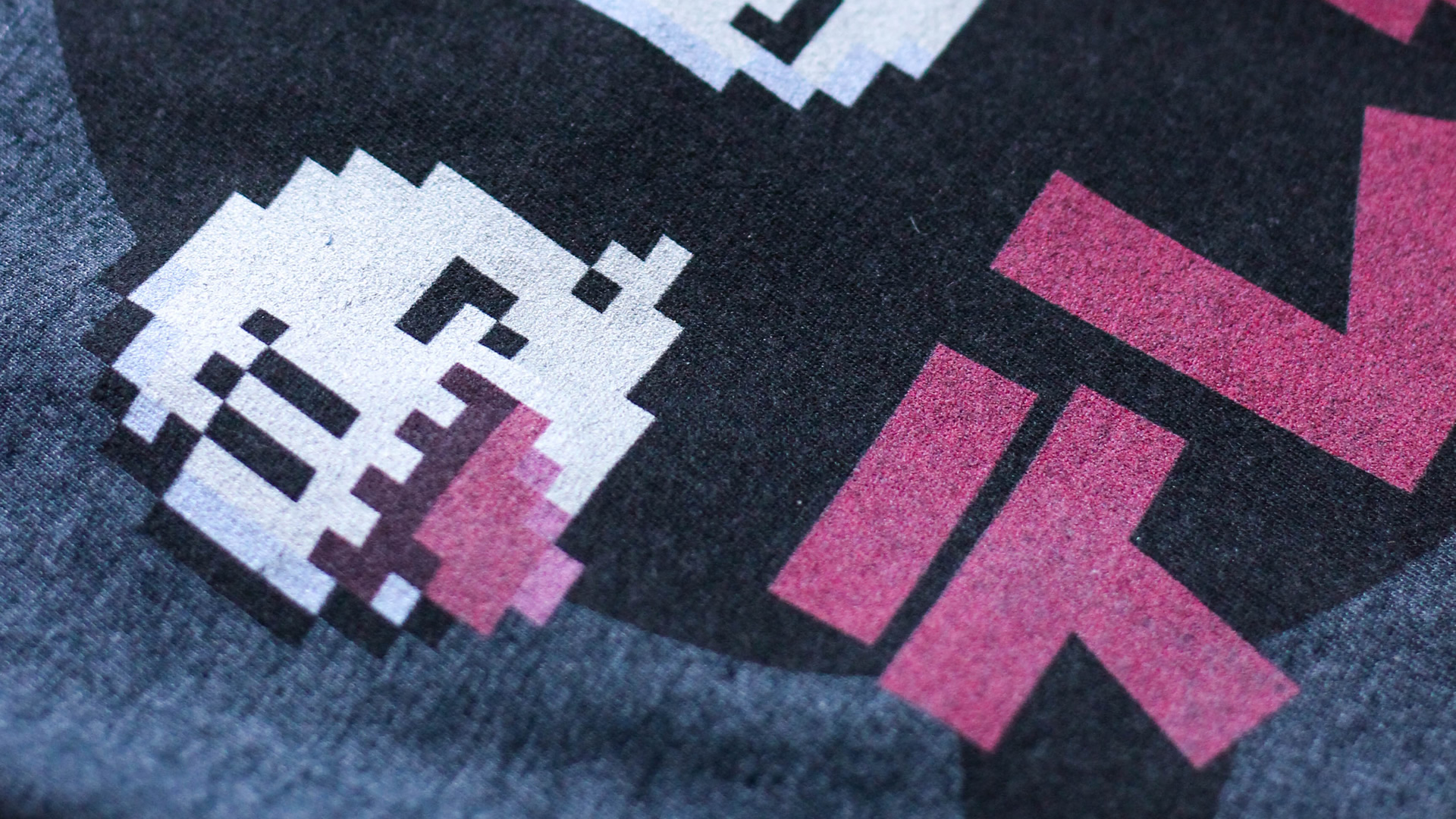 Are you afraid of ghosts? We absolutely love the quirky, mysterious Boo ghosts from the Mario series! Ever floating, creeping up on an unsuspecting platforming plumber. Seen our Many Faces of Boo shirt? Here’s how this spooky design came to be…

The Origins of a Friendly Mario ghoul

How did the folk at Nintendo come up with the idea of Boo ghosts? Boo resembles that classic notion of “ghost” – a floating white being, often a little scary! His origins were first uncovered in an issue of Nintendo Power. It’s not quite the spooky story you’d expect!

According to Super Mario creator Shigeru Miyamoto, Nintendo designer Takashi Tezuka wanted to include his wife in Super Mario Bros 3. Tezuka recalled how his wife would explode at him, angry at the amount of time he spent hauled up at Nintendo HQ. He was inspired by her rage, and wanted to create a character that would grow large and menacing when Mario turns away. How, romantic?

The Many Faces of Boo

Whilst the Boo designs have changed slightly over the years, these spooky critters have retained their trademark features. A long pink tongue, spooky puppy-dog eyes and sharp teeth to tear into unsuspecting victims! In the classic side-scrolling Mario games on NES and SNES, Boo ghosts had a handful of quirky expressions. 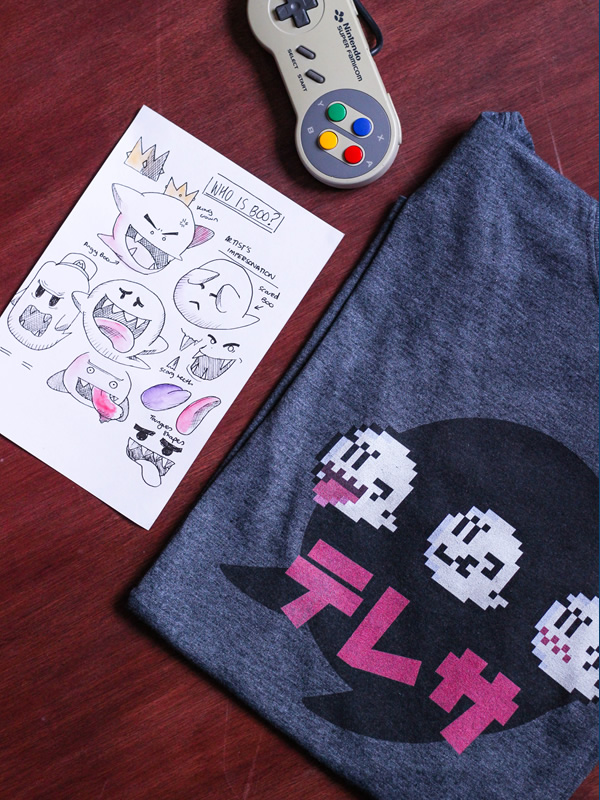 Starting with some concept sketches, we doodled through the different Boo looks – how our favourite ghoul has evolved across more than two decades. The 8-bit Boo sprites are definitely the most striking. We’ve got one that looks slightly bonkers, another with its tongue in prime position and a final sprite that’s probably gobbled up mushroom! So we went about redrawing and updating these sprites, incorporating some classic Mario elements into the mix. 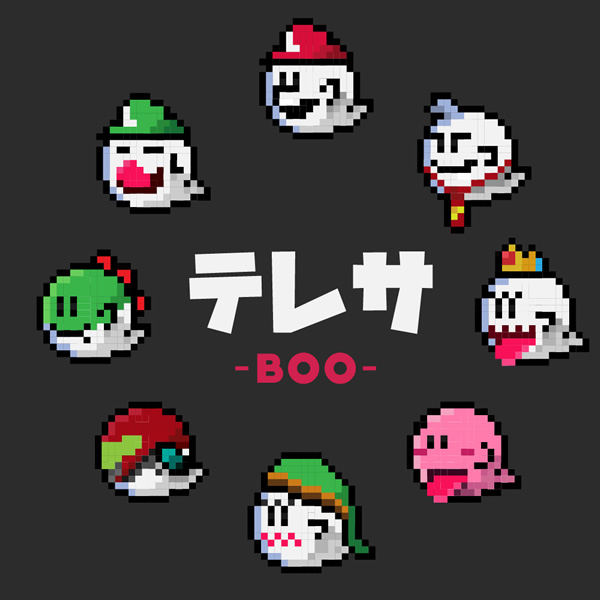 Vote for your favourite ghost

There were a number of different variations for the design, including Boo dressed as classic Nintendo faces. Ever seen a tie-wearing ghost? Well, now you can! Each look was put to a vote on our Instagram page, with the striking three Boo and Japanese emblem rocking the win! Curious about the text? テレサ is the Japanese name for boo, known as Teresa – based on the Japanese word for shy – “tereru”! 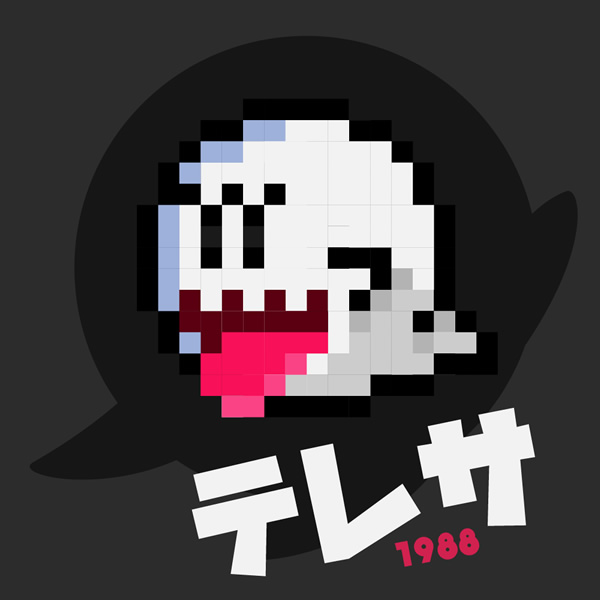 Boo are elusive little critters. In a little video we got word that there was a Boo lurking in a local forest. Armed with a strange ghost-nabbing device it was time to find that spooky chap. During our stroll, a mysterious wise man appears from the shadows…

Inspired by the classic Boo ghosts, this limited-run tee comes on a rich, cotton grey finish that allows the Boo sprite print to pop with retro flavour! Be sure to catch those retro feels and spooky critters by getting yours before they disappear… forever! 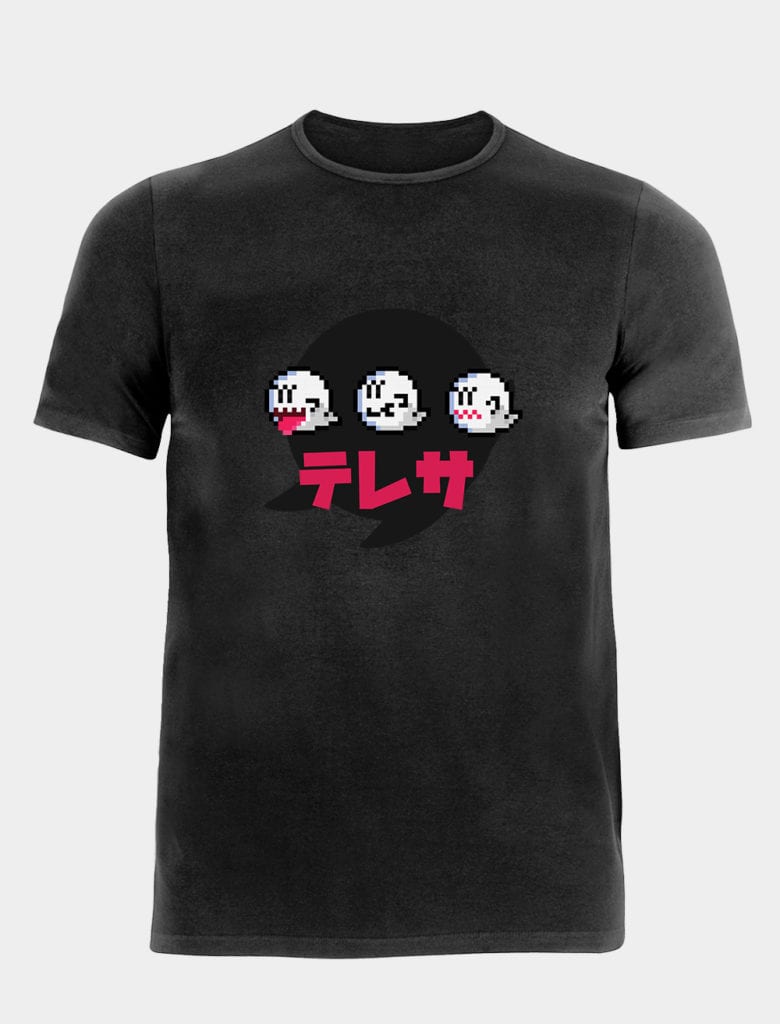 What is your favourite Boo look? Let us know in the comments!