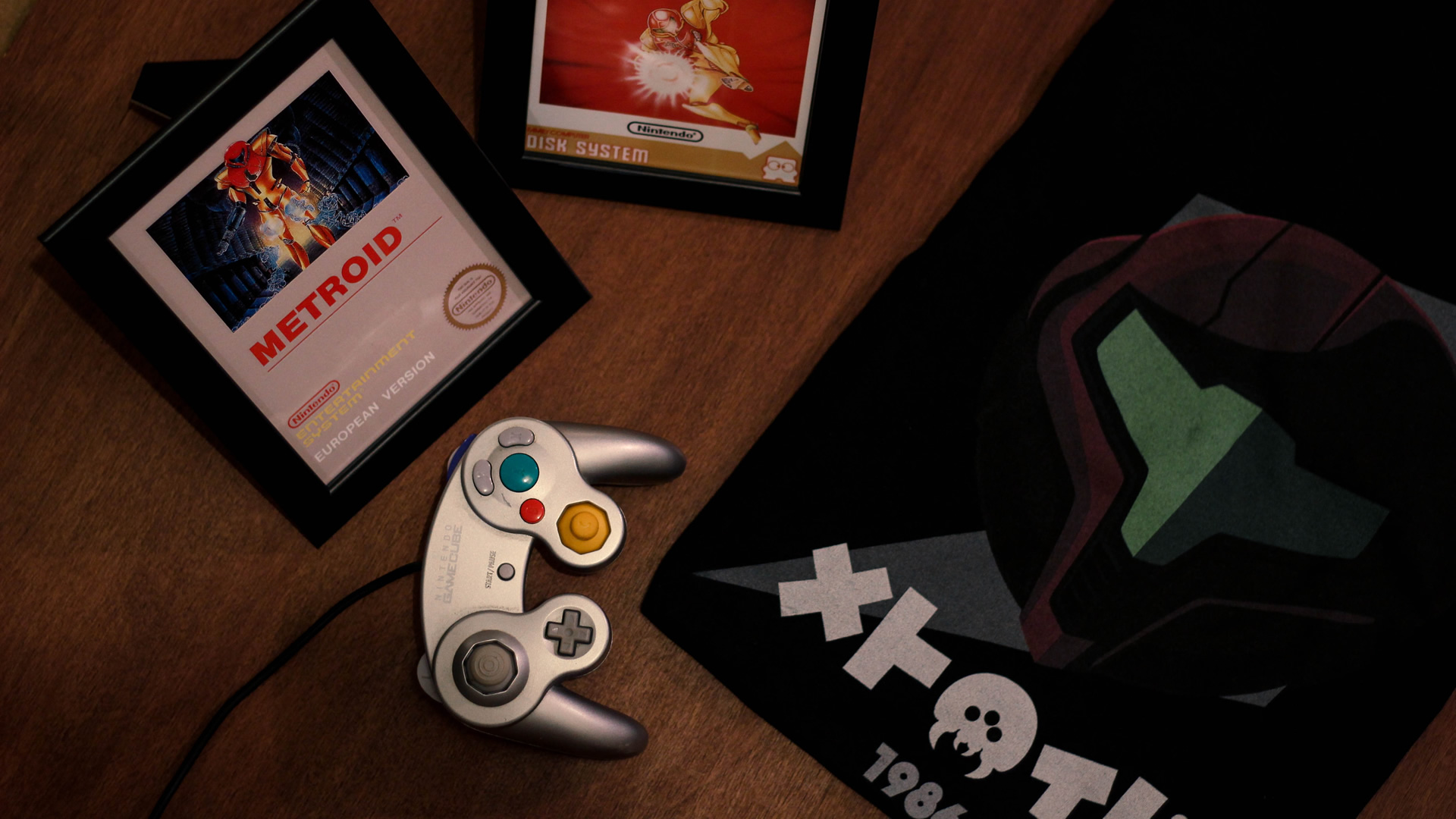 Picture this: You’re back in school, mesmerised by whatever’s going on outside the window. The teacher continues to ramble, it’s all background noise now. But then out comes the history books and you’re instantly transfixed by drawings of armour, weapons, odd-shaped helmets. Armour and body suits are a passion for many gamers and super-hero fans. Stick your noggin’ inside a mask or waggle a sword about and you become the hero. Here’s a little look at how our new Metroid t-shirt design, inspired by the series, came to be. Introducing… the Bounty Hunter shirt!

Nintendo designer Hiroji Kiyotake was responsible for the creation of one of gaming’s most treasured characters: Samus. Back in 1986, Nintendo broke outside of the mushroom kingdom and underground pipes, taking players to planets across the universe for the very first time. We adore love the various different power suit designs for Samus; from the very original, more astronaught-esque look to the mech-like variety.

Getting the Core Look

The core helmet design has become an iconic look for the Nintendo bounty hunter, much like Mario’s red hat or Link’s flowing green tunic. The hero’s garb. With an orange or red tint, and a glowing green visor, Samus is well equipped to tackle these harsh, sprawling worlds… alone.

The starting point for this design was to try and build up an understanding of how the suit comes together. The different modules, her familiar arm cannon and the core shapes that make it distinctively Samus, and not, say, Master Chief! We had a gander at different concept art from Nintendo throughout the years, taking reference from a small Samus figurine as well – to come up with the key parts of the look. 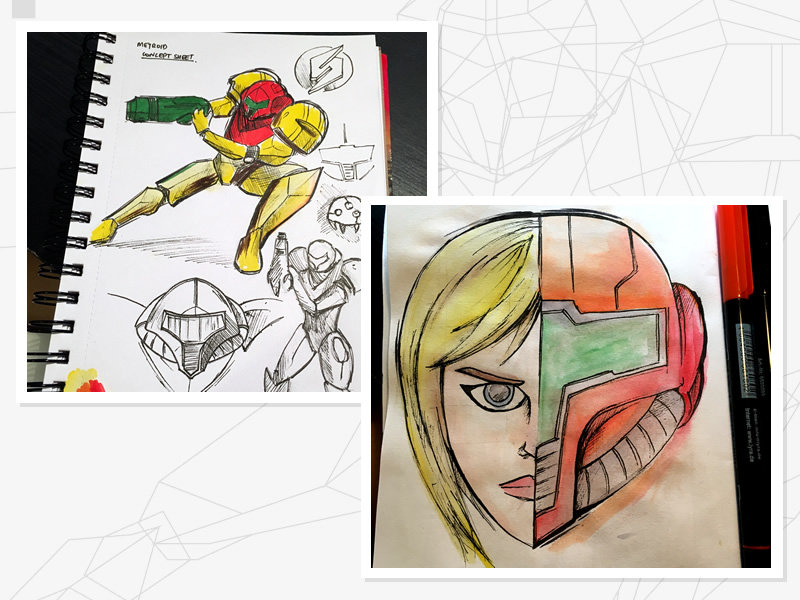 I love how different genres of fiction seem to lean to a particular art style; and science fiction is definitely one of the more distinctive ones! Think of classics from 30s, 50s and 70s – images of towering robots, suited adventures and pictures of a dystopic world. The past predicted a future packed to the brim with metal. Silver stained sheets with LEDs flickering away. One of the things that’s prominent are the choice of fonts – retro, comic-book driven words are a key part of the overall design. With a little experimentation, we fed this classic aesthetic into four different designs for Team Teechu followers to vote on. 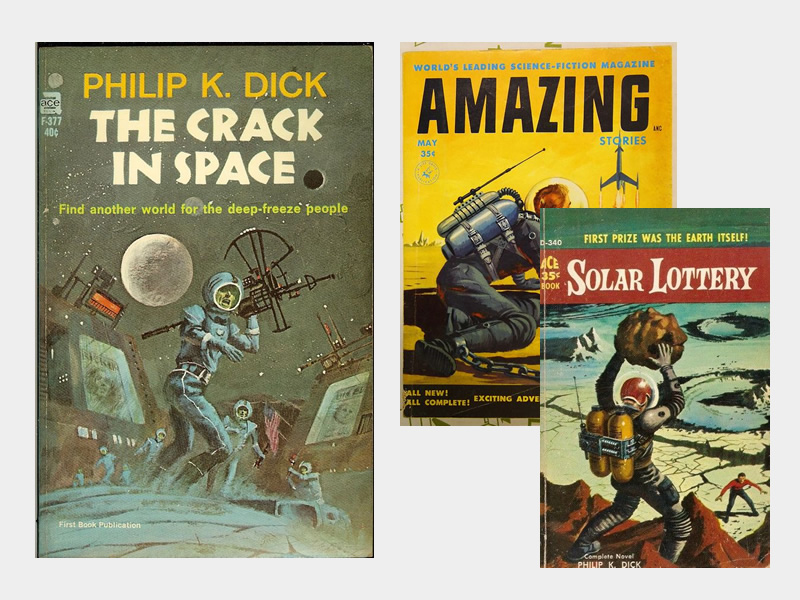 For each of the designs, we put these to the vote on Instagram. Samus’ helmet is centre for each variation, but with different elements coming into play: “Bounty Hunter” versus the Japanese “Metroid” emblem. It was a tricky vote, with no clear cut winner – like a Fox vs Fox on a Final Destination battle! Eventually, the third look topped the Metroid bill – becoming our newest printed design – the Bounty Hunter shirt!

Vote for your favourite design to become our next shirt! ? Just comment on this picture. ______ The bounty hunter returns! We absolutely love Samus and her suits; one of the most iconic designs in the universe. ______ Follow us to vote on future designs! ?

The Bounty Hunter shirt celebrates the iconic Samus look – the core part of her armour, the all-important helmet and visor. Parts of the helmet are be bathed in shadow, blending within the layers of cotton. Samus is crouched, waiting to sneak up on an unsuspecting Metroid…

Exploring the deepest regions of the harshest planets; uncovering the secrets and history that lurks within. There’s nothing quite like the Metroid series; still growing and evolving three decades on! If you’re a fan of the tales and tribulations of Samus, this is an exclusive tribute to a classic Nintendo icon, available in limited numbers! 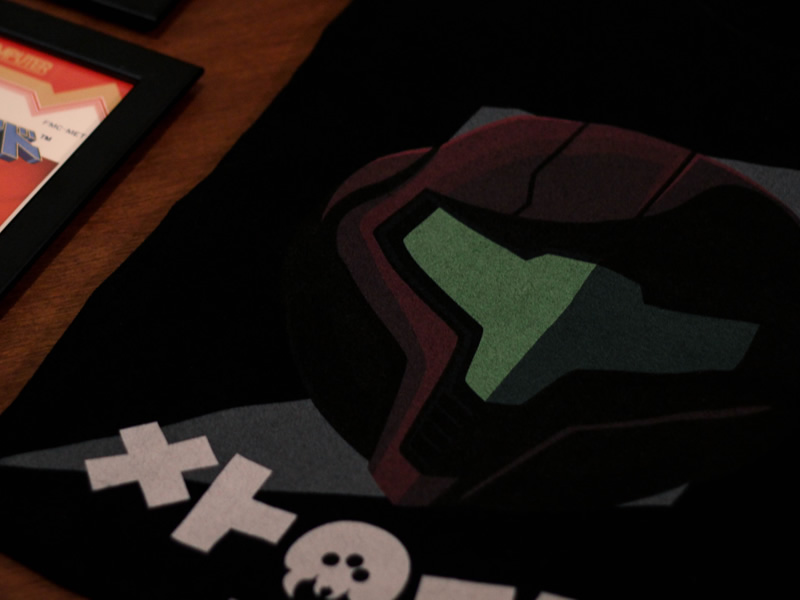 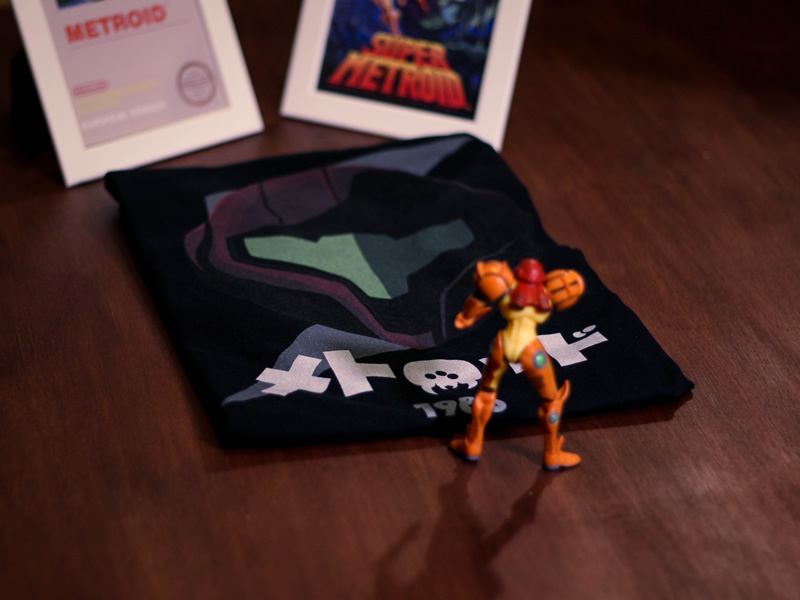 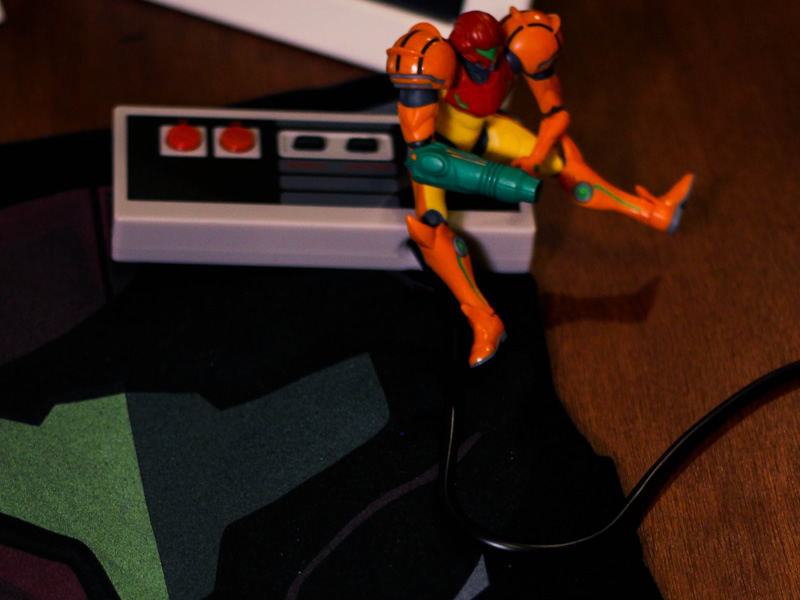