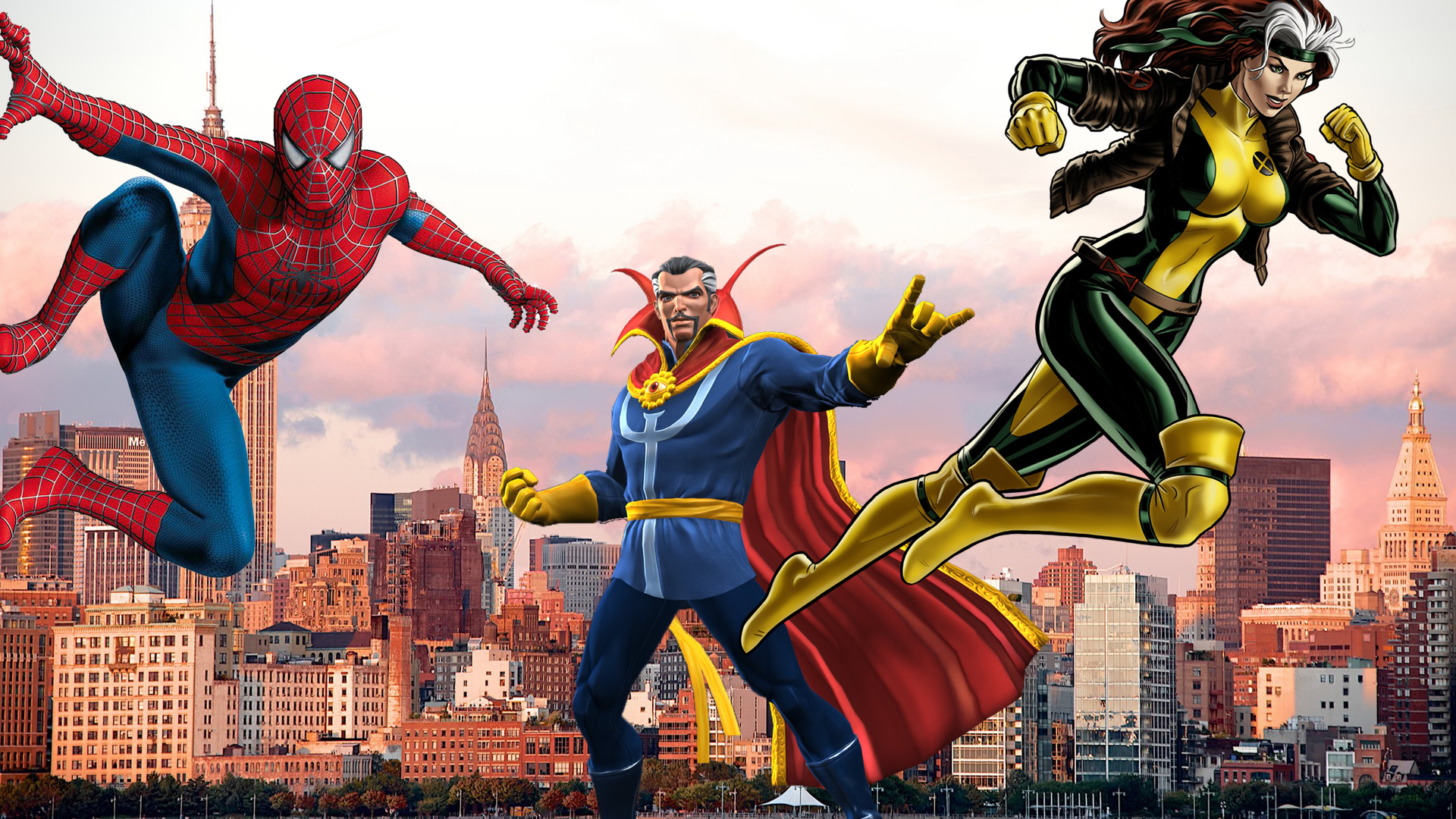 In the spirit of our recent Spider-Man vs Superman debate with Trekkerprise, we took a look through the history books and picked 8 of the best Marvel heroes.

The best Marvel heroes – our verdict

From Spandex to capes, armoured bodies to metal claws, the Marvel universe is crammed with all sorts of unique and interesting heroes. Some are household names, others buried in the vaults for decades. One thing that is common in the Marvel history has to be the back stories behind the characters; each of these heroes have gone through such turmoil in their lives – it gives them a rich backdrop and real purpose. 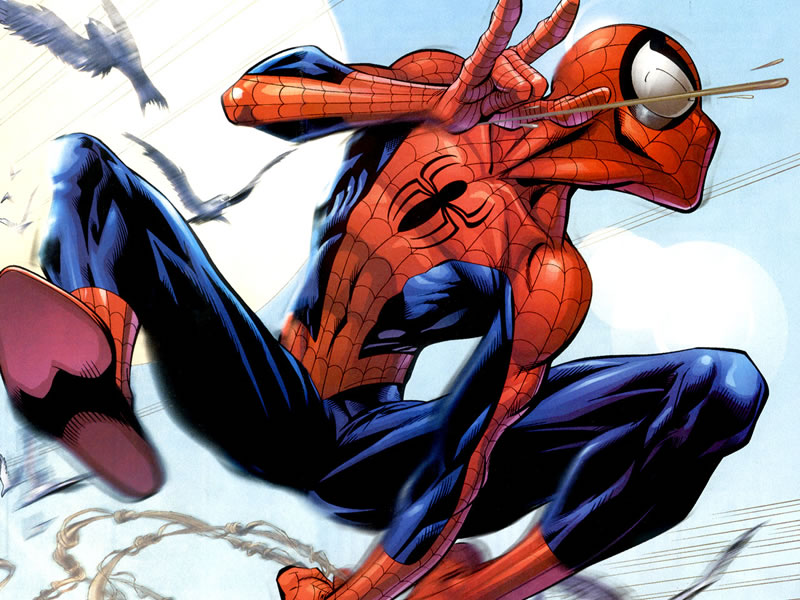 The crown for best Marvel hero has to be the wall-crawler himself, a high-school student turn super hero, Spider-Man. Often bullied and a bit of a recluse, Peter Parker’s life turned, quite literally, upside down when bitten by a radioactive spider. Masked in a costume that he made himself, Spider-Man swings across New York City, stopping baddies in their tracks using his super-human strength and home-made webbing, too.

Why does Spider-Man top our Marvel leaderboard? We love his human quality, seeing his growth as a hero and moments where Peter, or Spidey, uses his noggin’ to overcome the odds and save the day, rather than purely punching his way to victory – he’s witty, agile and one of the best Marvel heroes. Spider-Man also returns to the big screen this summer with Spider-Man Homecoming. 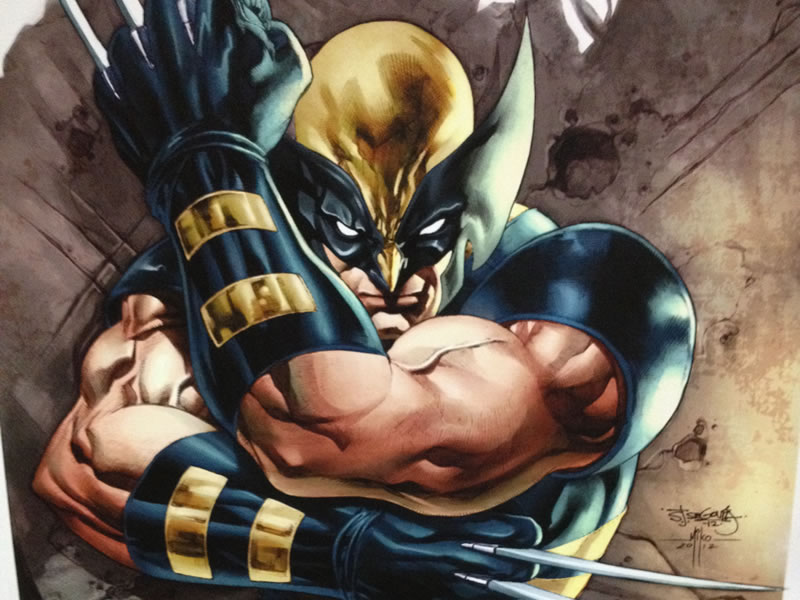 Wolverine, or Logan as he’s sometimes known, is certainly one of the best Marvel heroes for a number of reasons. As one of the finest X-Men, he is a mutant who possesses a heap of enhanced, animal-like abilities and senses. His main weapon? Retractable claws. Whilst captured by a secret organisation, these were dramatically enhanced. Wolverine now has one rather tough skeleton.

Boasting intense speed and animal-like hunting prowess, he is a tough one to beat. On the off-chance that damage is taken, though, he can regenerate far quicker than a regular human – making him practically, but not fully, invincible. Logan’s gone through a lot in his numerous story arcs – including soldier, samurai, spy and a member of the X-Men, making him one of the best and most talked about Marvel heroes. Finally, the chap has his own Hollywood series, including Logan, out in March.

There are many recruits in the X-Men series, but one of the most memorable of Professor X’s misfits has to be tough lass, Rogue. Her main ability is to absorb the memories, abilities and even the physical traits by touch alone. This in itself makes her one tough mutant to face, but it comes at a cost: a distance from friends having to be maintained. At times, Rogue occasionally became dominated by those who were absorbed. Since her younger days, Rogue took on the powers of Ms. Marvel, gaining super strength and resistance to telepathic attacks. Why Rogue? We love her storyline and the unpredictability of absorption, leading to interesting and sometimes tragic storylines. Rogue is one of our best Marvel heroes, hands down. 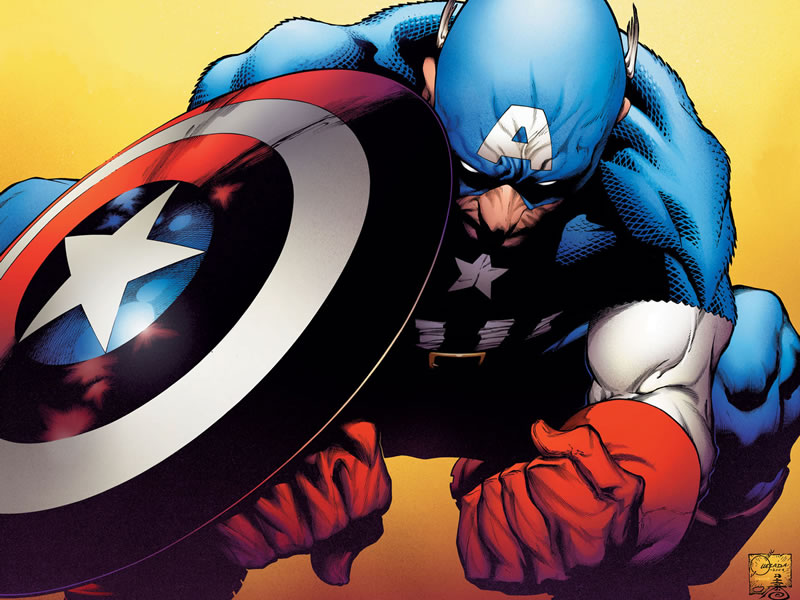 There wouldn’t be a best Marvel heroes feature without the inclusion of Captain America, or good old Steve as he’s sometimes known. Captain America started off as a key character during the wartime period in the 40s, but wasn’t an all-out hero from day one. Before gaining powers, Steve Rogers was keen to enlist and serve his country, but didn’t quite make the cut. His resolve attracted the folk behind the scenes, who took Rogers on for the “Super Soldier” program.

It worked, and Captain America was born – a human with peak strength, stamina and intelligence: the super soldier. However the scientist behind the project, Erskine, didn’t bother writing down the formula and, predictably, ended up killed. Because of this, Captain America went on as the solo fighter. He isn’t alone in the present day, though, as Cap’ heads up the Avengers. Captain America is, in some ways, similar to Spider-Man in origins – a determined young man who winds up with super-powers, going from strength to strength. With that in mind, who couldn’t side with Steve Rogers? Well, Iron Man, we suppose. 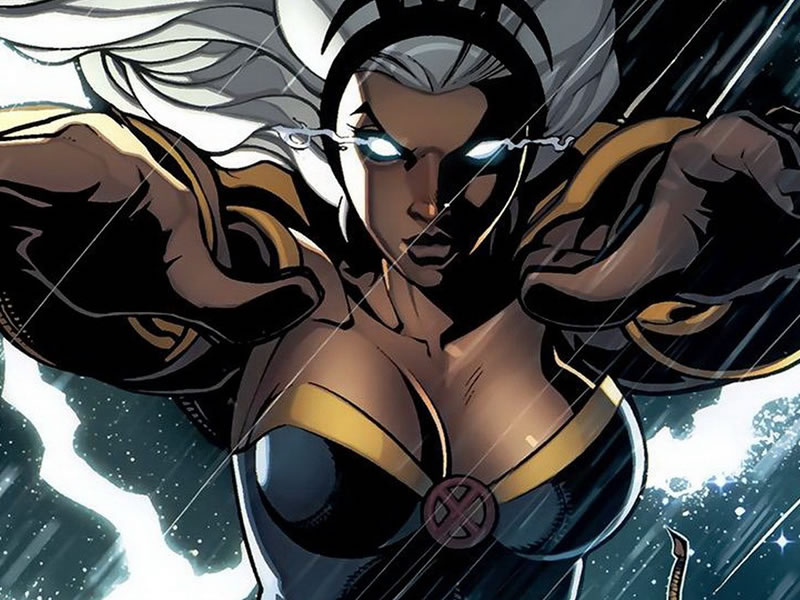 Ever wanted the ability to control the weather? Storm is one of our most noteworthy members of the X-Men and staple characters in the series. Storm possesses the ability to harness the power of the elements and because of this has made a fine leader. Her ability is so fine-tuned that she is able to manipulate the air in an opponent’s lungs. She can generate lightning and forge hurricanes, create thunderstorms and even dabble in magic. Scary.

As a young girl, her parents were killed by a plane crash, As an orphan, she ended up being recruited as a trickster, excelling in breaking locks and picking pockets. By pure co-incidence, Storm stumbled upon Professor X, who used his psychic abilities to stop himself from being robbed. Years later, she ends up being recruited into the X-Men and the rest is history. Storm has to be one of our best Marvel heroes due to her unique abilities and intriguing back-story. 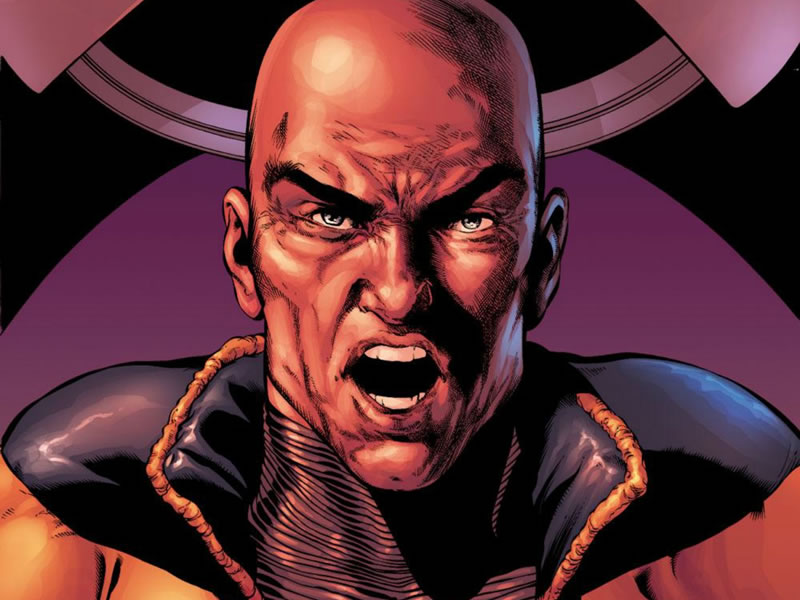 Don’t forget Professor X, the leader of the X-Men and one of the most powerful of all the mutants, probably. He wields the ability to read and control the minds of folk that are within 250 miles, plus can go beyond. Not without fault, Professor X can recruit enemies by bending the truth by thought alone. Due to this, Professor X was even able to stop an assassin from carrying out a deadly order. Though Professor X can manipulate thoughts, he can also detect the presence of mutants in the area. Without landing a single punch, slash or pulling a trigger, the professor can manipulate enemies with ease. 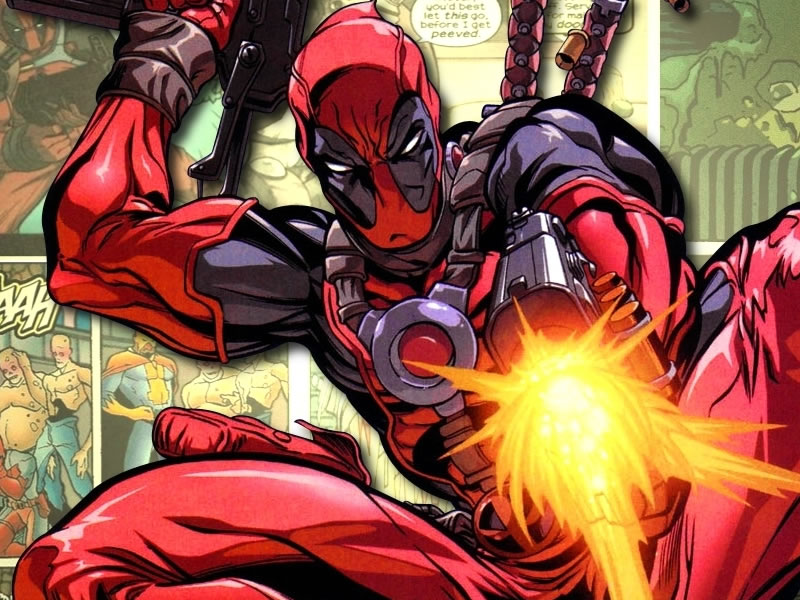 Foul-mouthed and free, Deadpool is an intriguing hero – or anti-hero – or just plain odd. Sharing similar abilities to Wolverine, Deadpool is an assassin that was enhanced in the Weapon X program. Due to this the spandex hero can regenerate and heal at a superhuman rate. Even so, Deadpool can probably recover from being near decapitated. That head, that poor head. As a result, Deadpool is one top-notch assassin, making it difficult to become drugged. In the comics, this particular character is practically immortal, cursed to live on forever. Finally, the best aspect of Deadpool has to be his ability to talk to the audience and bringing on those all-witty lines. 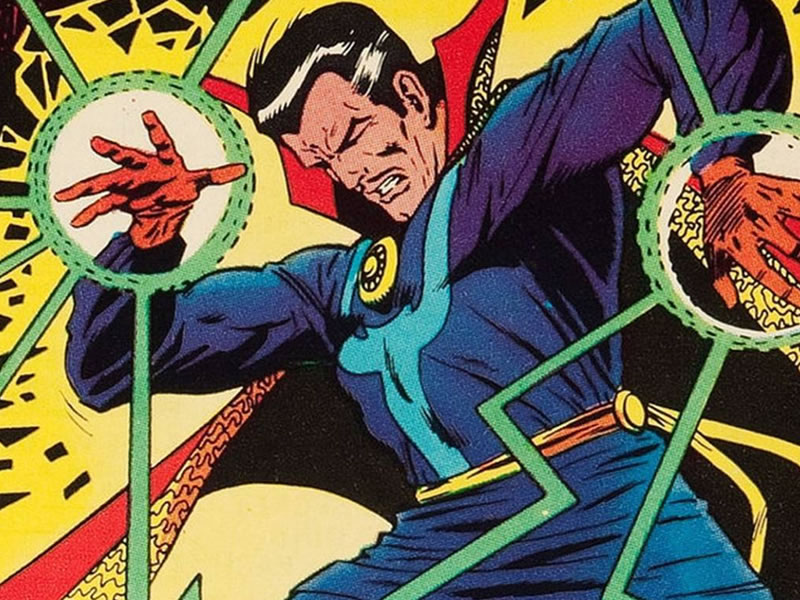 Just who is Doctor Strange? This particular Marvel character is one of the most powerful sorcerers in the Marvel universe. He has the ability to use a range of magical energy, manipulation and even cast illusions. It’s not all trickery, though, as Doctor Strange does dabble in the odd kick or two, but his hands are the key part of the story. He previously started off as a money-hungry doctor, but a car accident renders his hands a problem. So, in order to restore order, the Doctor heads on an adventure to find a way to restore his paws. This is what makes Doctor Strange an interesting character. The bearded one recently had a starring role in a brand new Hollywood adaptation, too.

Earlier this month we teamed up with YouTuber, Trekkerprise for a very important debate: Spider-Man vs Superman in a crazed head to head. Who’ll win that battle? Have a gander at our YouTube collab: